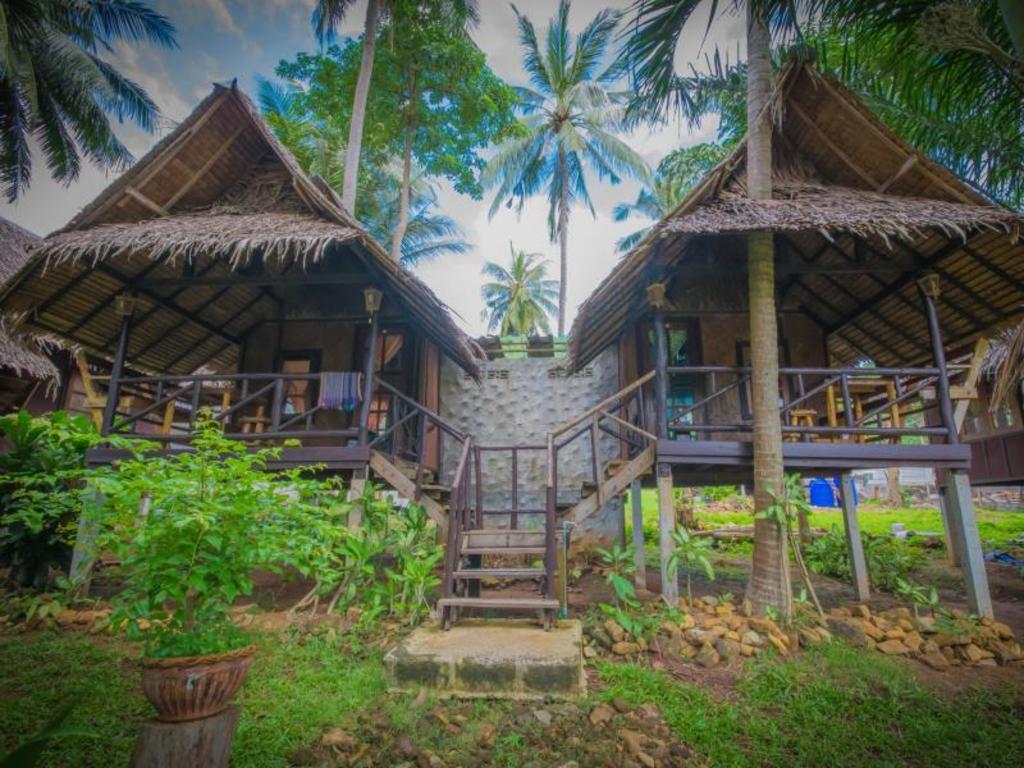 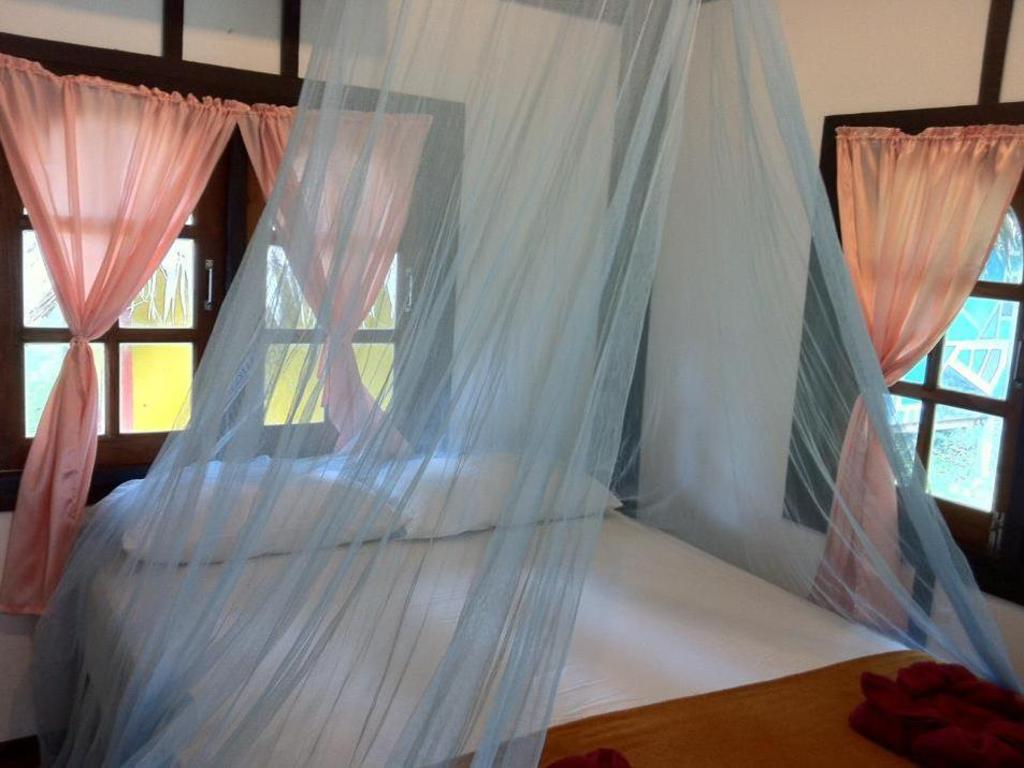 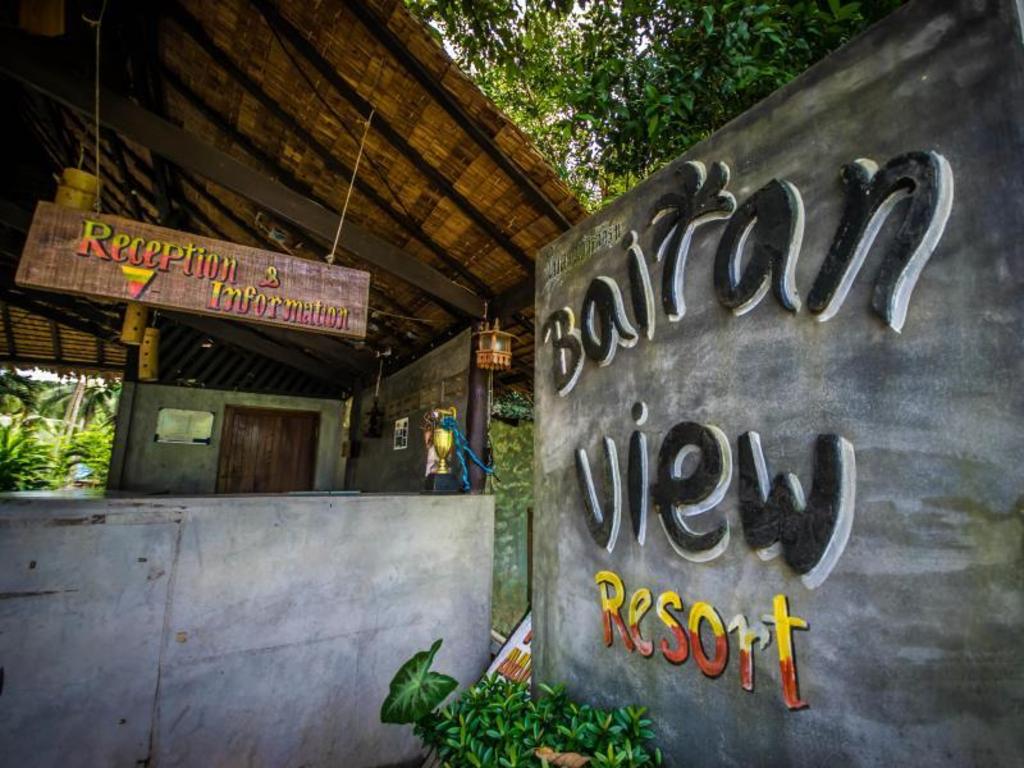 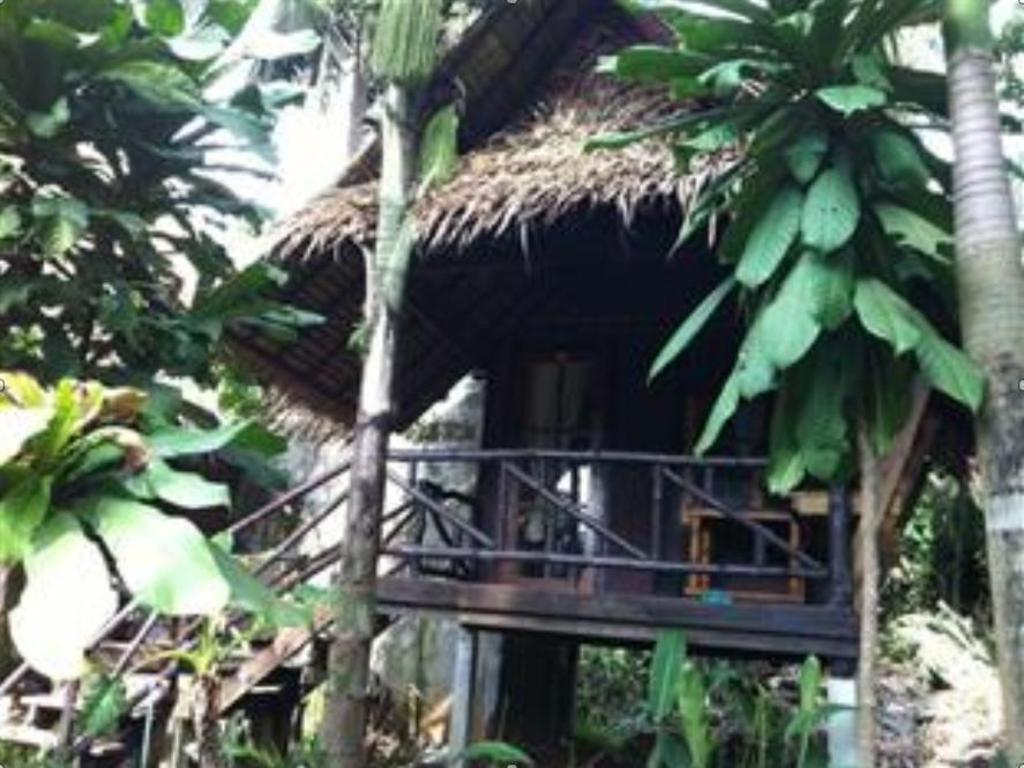 44/6 moo1 , Bailan Bay, Bai Lan Bay, Koh Chang, Thailand, 106, 23170 - See map
"I loved these little bungalows which were great value for money and the location in chilled Bailan Bay is great if you want some calm and quiet."
Simone - February 7, 2017
Good service
6.1 rating for service 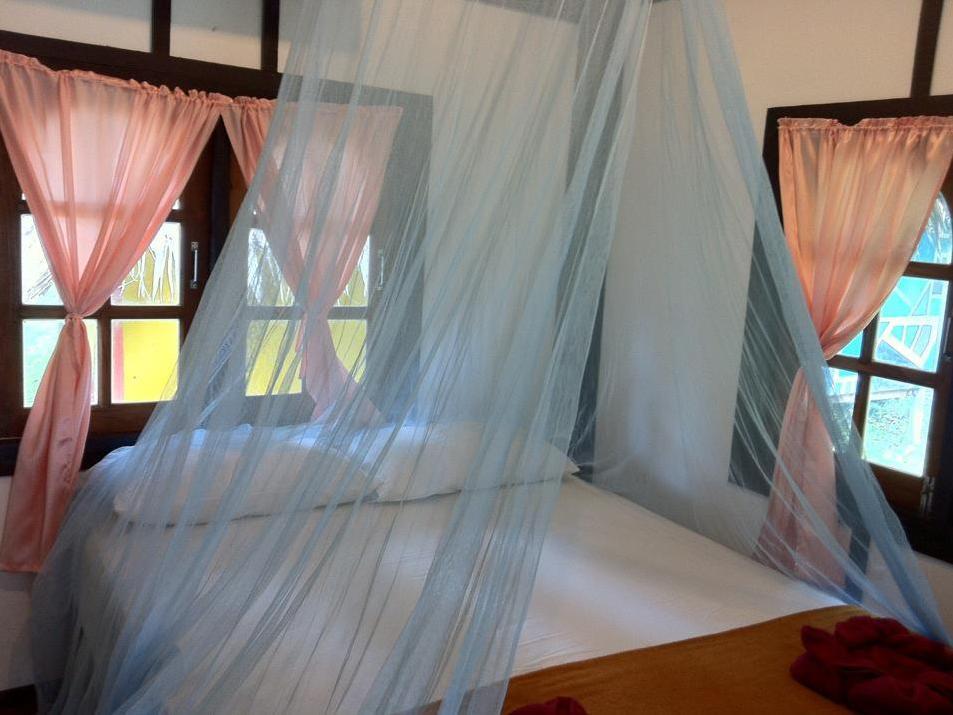 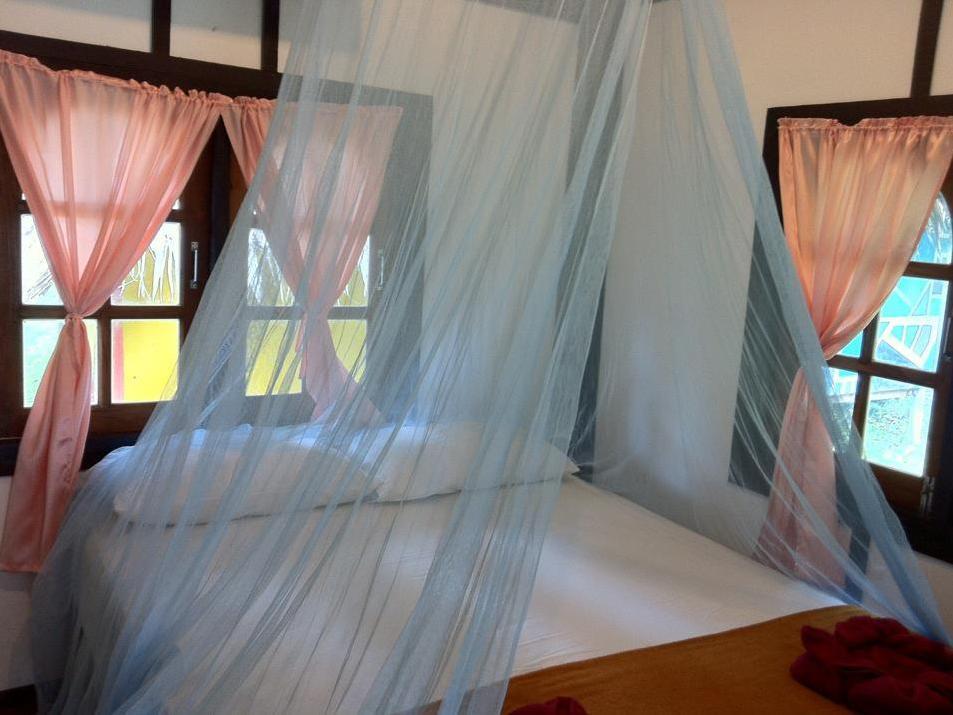 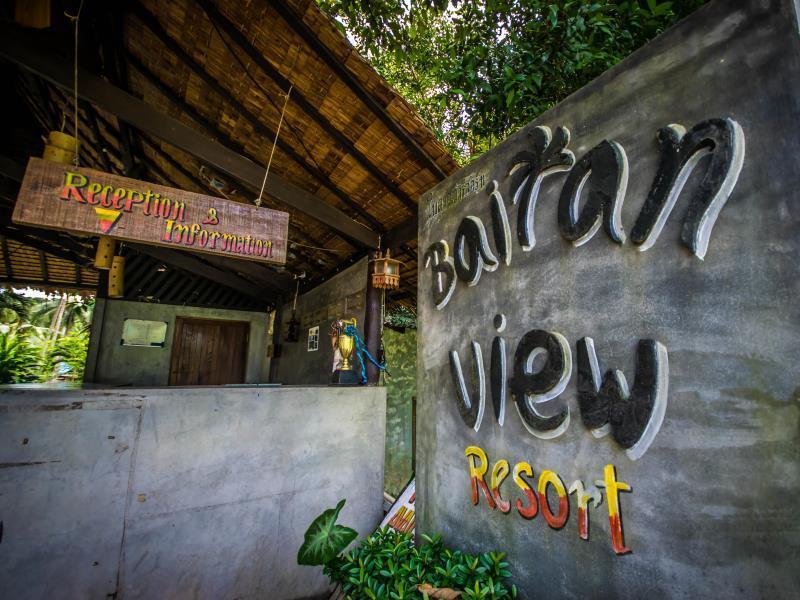 What time is check-in and check-out at Bailan View Bungalow?

Check-in is from 12:00 AM, and check-out is until 12:00 PM. You may request early check-in or late check-out during booking subject to availability. Guests checking in or out before or after the designated periods may be charged an additional fee.

What is the smoking policy at Bailan View Bungalow?

Bailan View Bungalow does permit smoking in some areas and is not 100% smoke-free.

Conveniently located in Koh Chang, Bailan View Bungalow is a great base from which to explore this vibrant city. From here, guests can enjoy easy access to all that the lively city has to offer. No less exceptional is the hotel's easy access to the city's myriad attractions and landmarks, such as Bai Lan Bay, Tree Top Adventure Park Koh Chang, Tha Nam Beach.

Take advantage of a wealth of unrivaled services and amenities at this Koh Chang hotel. To name a few of the hotel's facilities, there are free Wi-Fi in all rooms, Wi-Fi in public areas, restaurant.

All guest accommodations feature thoughtful amenities to ensure an unparalleled sense of comfort. Throughout the day you can enjoy the relaxing atmosphere of the garden. Discover an engaging blend of professional service and a wide array of features at Bailan View Bungalow.

Number of rooms : 17
Show less
Compare to other recommended properties

The room hygiene is very bad. There are a lot of ants in the room. The service attitude in the bathroom and on the bed is bad

I only want back my money

i got a single room at Boonya Resort for 800bhat per night that was way nicer for the same price as i would have had to pay to exztend my stay by one night. it was worth taking this room for 500Bhat per night, but i had to change rooms because the first room didnt have locks on the windows

Windows don't lock and no safe ”

Basic bungalows with windows that don't lock or without a safe, lots of mosquitos around as many gardens here could find better for money and it's not even in the area it states it's 1km Away

I loved these little bungalows which were great value for money and the location in chilled Bailan Bay is great if you want some calm and quiet. Will certainly go back. Thank you.

Pros: shower, mosquito net and pretty garden. Set away from beach noise so slept fairly well. Cute little girl of staff member nearby often made us feel very welcome! Amazing seafood and great atmosphere at No Name Seafood restaurant 2 mins away. Cons: most staff didn't speak very good English or at all, location is not so near the beach, had to get a tuk tuk taxi 5 mins or walk for 15. Great sea view bar at another hostel, KohChang7 where we hung out most of the time during our 3 days, but the adjoining hostel KohChang7 is awful. Our friends stayed there and it was truly a prison cell.

Not in Lonely beach, Owner is a pain to work with”

First of all this property is not at the location as advertised, They never answered the phone to tell us the proper location, Just by sheer luck was i able to find the property by renting a scooter and spending the morning searching the island for it, The owner speaks poor english at best. Our room was not properly cleaned prior to arrival. The toilet was foul. Our bed was very hard and the sheet was very thin. The mattress was coverd in plastic, that combined with the sheet i spent all night sweating on the side of my body that was touching the mattress and the other side of my body shivering since the bungalow did not come with a blanket. (when i asked for a blanket, the owner said no we are full. Save you money, stay away from the this property

Nice for a view nights ”

Quite place.we stayed there a couple nights.can get a scooter near by to get around. Breakfast is not incl. But there are some nice restaurant next to the place. Stuff was nice. But only one person speaks english.

No Wifi or water”

Wifi didn't work. Didn't fix it over the duration of our stay. No water pressure, we had to tell him everytime we wanted to shower so he could 'fix' it. The Muay Thai gym next door where burning wet grass making alot of smoke. (Owner of the gym is a horrible man.)

Bungalows were nice, having awesome Veranda and extremely nice staff. But unfortunately not at lonely beach as supposed. AC loud and not as comfortable as expected. Ants in the bathroom.

Not a nice stay, not recommended ”

This wasn't a pleasant stay. The reception desk is hardly ever staffed. Maybe a housekeeper may help you. When I checked in the housekeeper and a man asked if I had a booking through Agoda. I said yes. There was no passport request as is the norm. The first 2 bungalows had no working air conditioning, the third had a shower with no water pressure at all. The staff tried to fix, but it didn't reall fix the problem. They kept saying somebody will fix the problem soon. It never happened. The one housekeeper did leave the next bungalow over unlocked so I could have a shower, but even that shower didn't drain properly so you'd end up standing in water. Not a pleasant stay here, if I could have gotten money back at the time, I'd have gone elsewhere.

Cozy, small bungalow in beautiful garden. The staff was friendly but no one was there when we wanted to check in, in the middle of the day. We had to find the number to the hotel and call them.

Bailan View Bungalow is great value for money, with nice bungalows in a very attractive garden setting. The staff were very friendly and helpful. The rooms were clean and well-maintained.

Bed was like sleeping on a pile of bricks”

The bungalows here were nice enough and what you would expect for a budget bungalow. Good points were the nice porch area and the surrounding gardens where we could hang a hammock and chill during the day and also the airconditioning and hot water worked well. The bad points were generally the whole night time experience. Now I know that the beds in Thailand are quite hard, but this was ridiculous. The bed felt like we were sleeping on a timber deck with about 10mm of padding. You should not be able to knock on your matteress and it sound like someone is knocking on your front door. In fact I'm not even sure that it was a matteress. It might've be just the base from a matteress and base set. Either way, when we were finally able to sleep, we woke up with bruises in the morning. On top of that, every night we were there, the local karaoke place across the street managed to consistantly crank out the Thai version of "Gangam Style" for hours on end at night and at volumes loud enough to make you question if there were actually sub-woofers stashed somewhere in your room. In short, not a bad place, but don't expect a good nights sleep.

It was raining a lot so our stay was not perfect. But the place is not too far from the fishing village Bang Bao and nightlife for backpackers in the NeXT village. The staff is NOT attentive. When we arrived nobody was there. We had to wait 45 minutes before we could check in.

the bungalows are a bit away from everything. we thought we could walk to bailan beach, but it turned out that it was 20 minutes away by foot. the owner only speaks a few words of english, but he's still nice. the huts are very basic, the bathroom are kinda "outdoor" and the toilet wouldn't always flush. the beds are hard as a rock, but you'll survive. you really just get what you pay for, and that isn't much. the huts are really cosy though, and you get a nice terrace!

great little bungalows in very peaceful bailan. the huts are situated in a tropical garden with the jungle as a backdrop. huts are fairly basic with a/c (old) and fan, mosquito net, small tv, there is no wardrobe or cupboard space, bathroom is ok. large verandah out front faces onto garden. very helpful staff, nothing too much trouble. a great little place where you feel like you're living in the jungle!

The bed was hard as nails unfortunately. The aircon didn't work (it got fixed and didn't work again the next day) as like the hot shower. A 1.000 bht for this room is way to expensive. Less then half would be reasonable. It is situated next to Lonely Beach (about 10 minutes bikeride.

Mixed feelings about an interesting experience”

I traveled to Koh Chang with a few friends who had booked a separate hotel. When transferring us from the pier to our hotels, I found out Bailan View Bungalow was the last stop on the stretch of Lonely Beach, and a bit far from the main areas with restaurants and bars. While this didn't initially seem to be a problem, walking the distance to the main area proved to be very dangerous (multiple blind-spots where cars nearly hit you while walking). After the songtaeo driver dropped me off at Bailan View Bungalow, I walked to the reception "area" where a man was relaxing with a magazine. He seemed puzzled by my arrival, and slightly panicked when I showed him my reservations. He told me to sit down for a few minutes while he made some calls, then escorted me on his motorbike to a place called "Tarzan Island Bungalow". When arriving, the owner claimed she owns both places, and insisted that I stay at Tarzan Island. Bailan View was fully booked, despite Agoda allowing me to make a reservation. Therefore, the owner must be advertising Tarzan Island as Bailan View. I was a bit disappointed, as I did not make reservations at this accommodation. Besides, Bailan appeared nicer. The owner claimed that Tarzan was a "newer" accommodation. The first bungalow they placed me in was unclean. After complaining they moved me to a mildly better bungalow, but it was a far cry from clean. My mosquito net had mosquitos IN it, which would appear to defeat the purpose. Plus, there were insects everywhere... especially ants. The doorknob on my bungalow was broken, and was required to wait an hour while they fixed it (meanwhile, I had dinner reservations with friends). This is something that should have been fixed prior. I will say the staff was incredibly friendly and helpful, and fed me bananas and water during my wait. 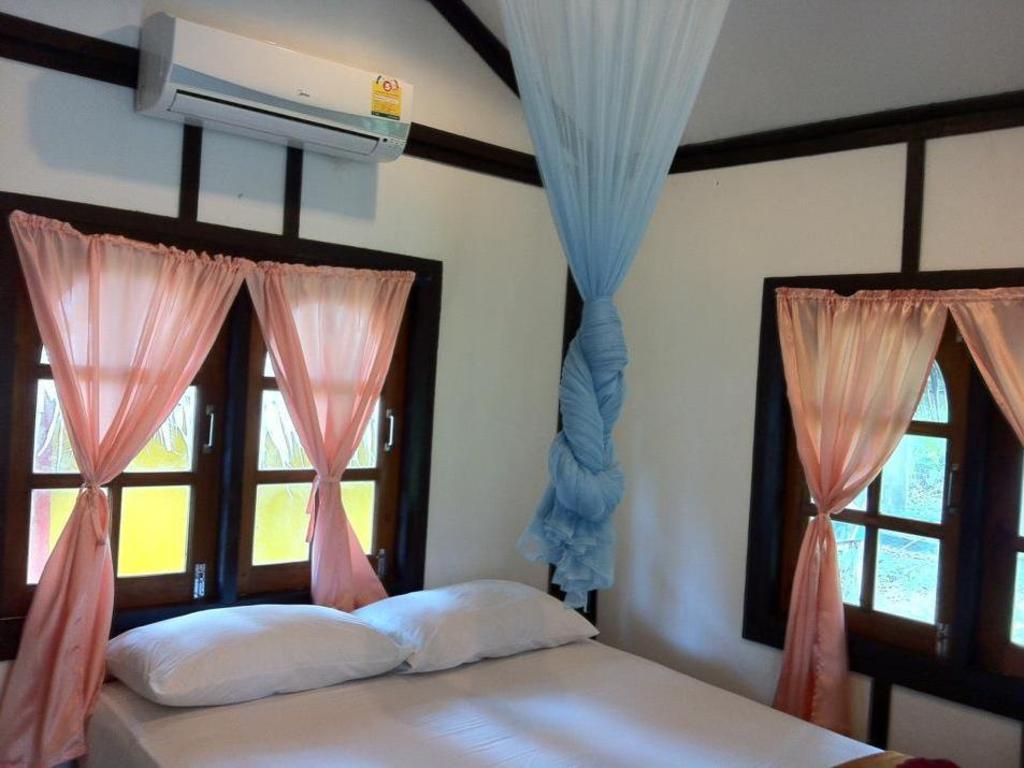