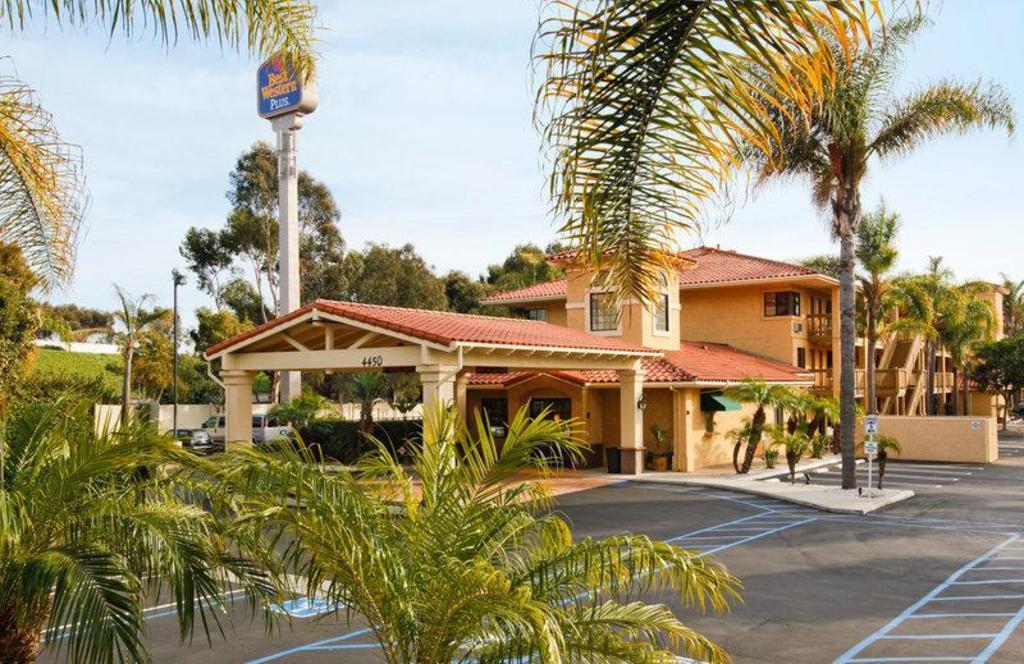 "The staff was exceptionally helpful, which is a nice change from what is typical for this type of property." 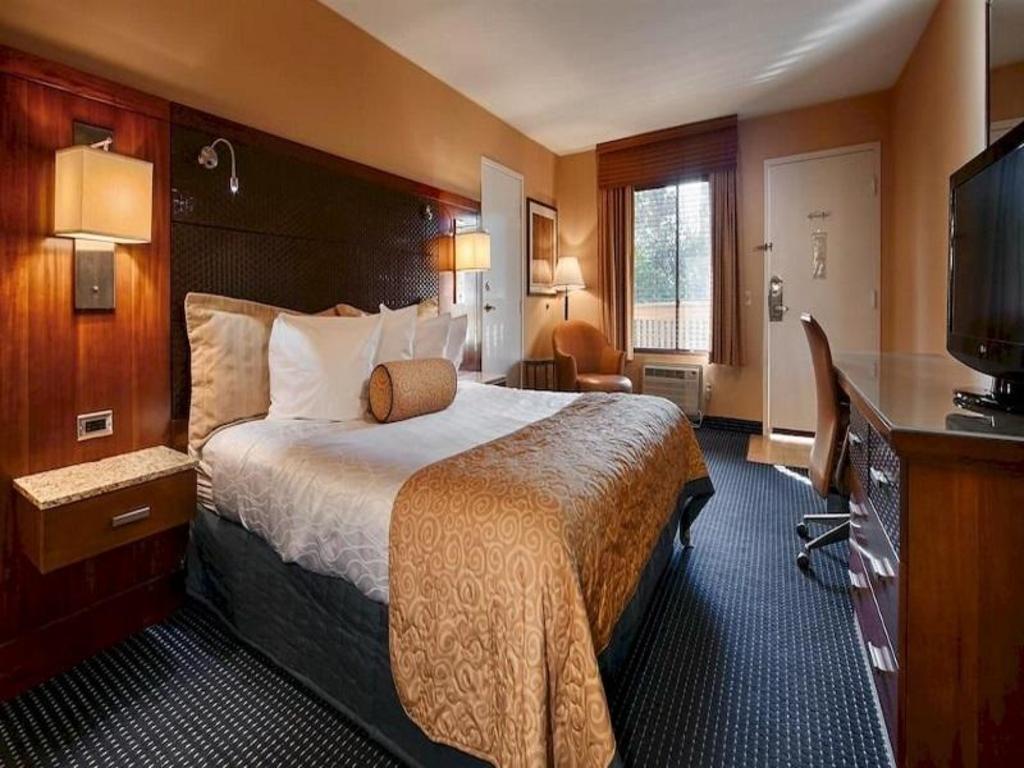 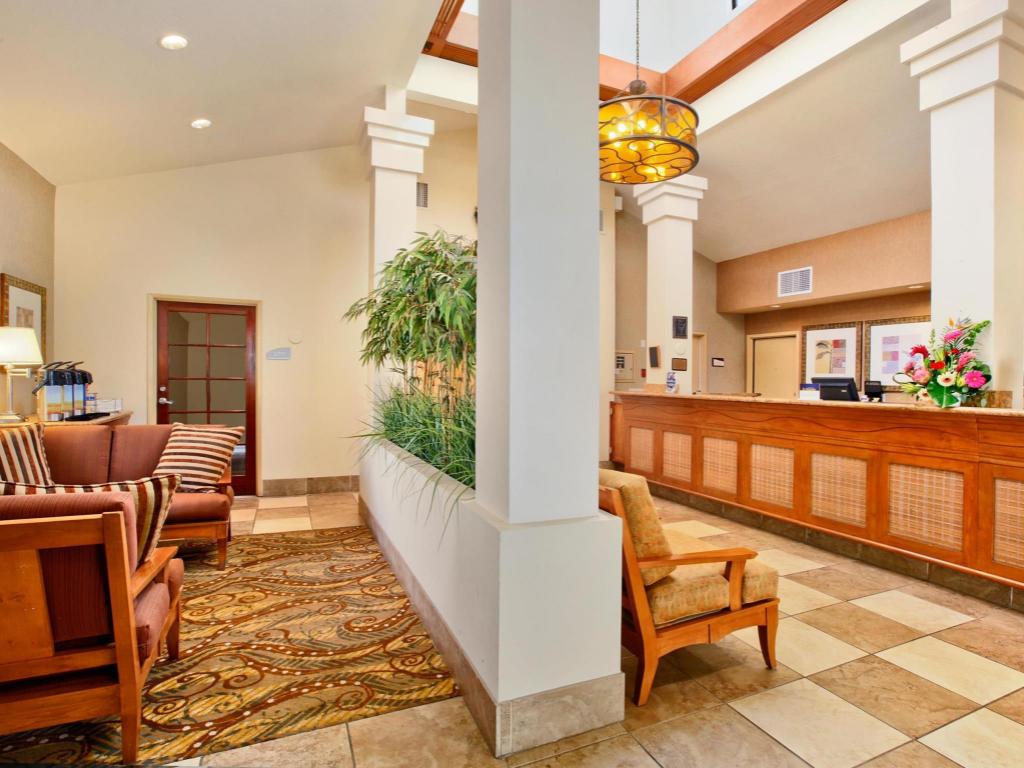 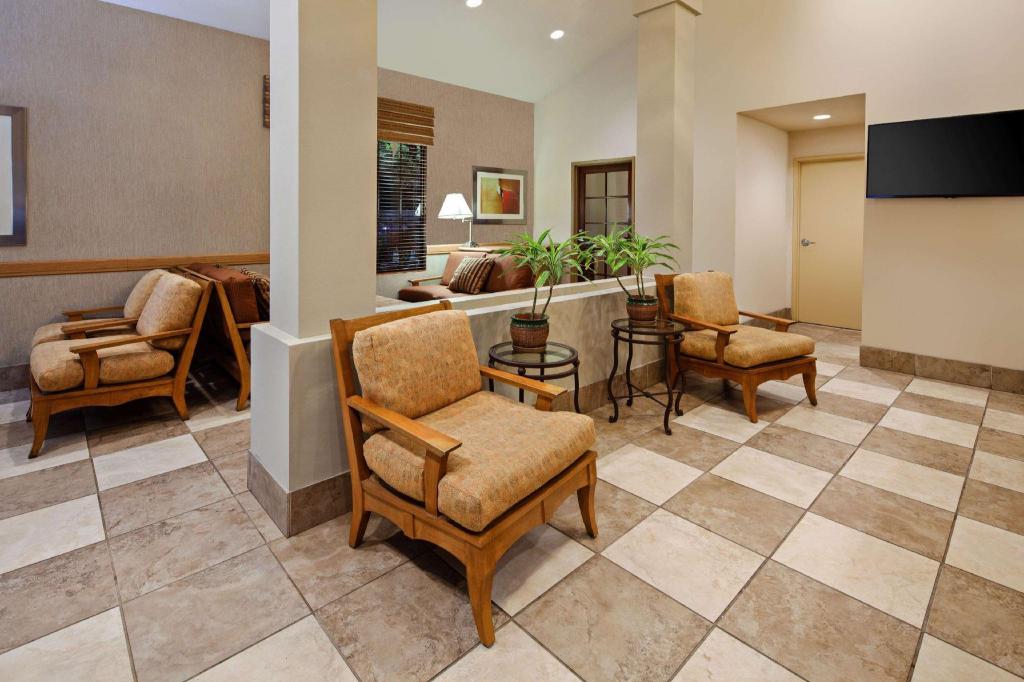 Your dates are popular among travelersUsers are booking a place in San Diego (CA) every 2 minutes on Agoda.com 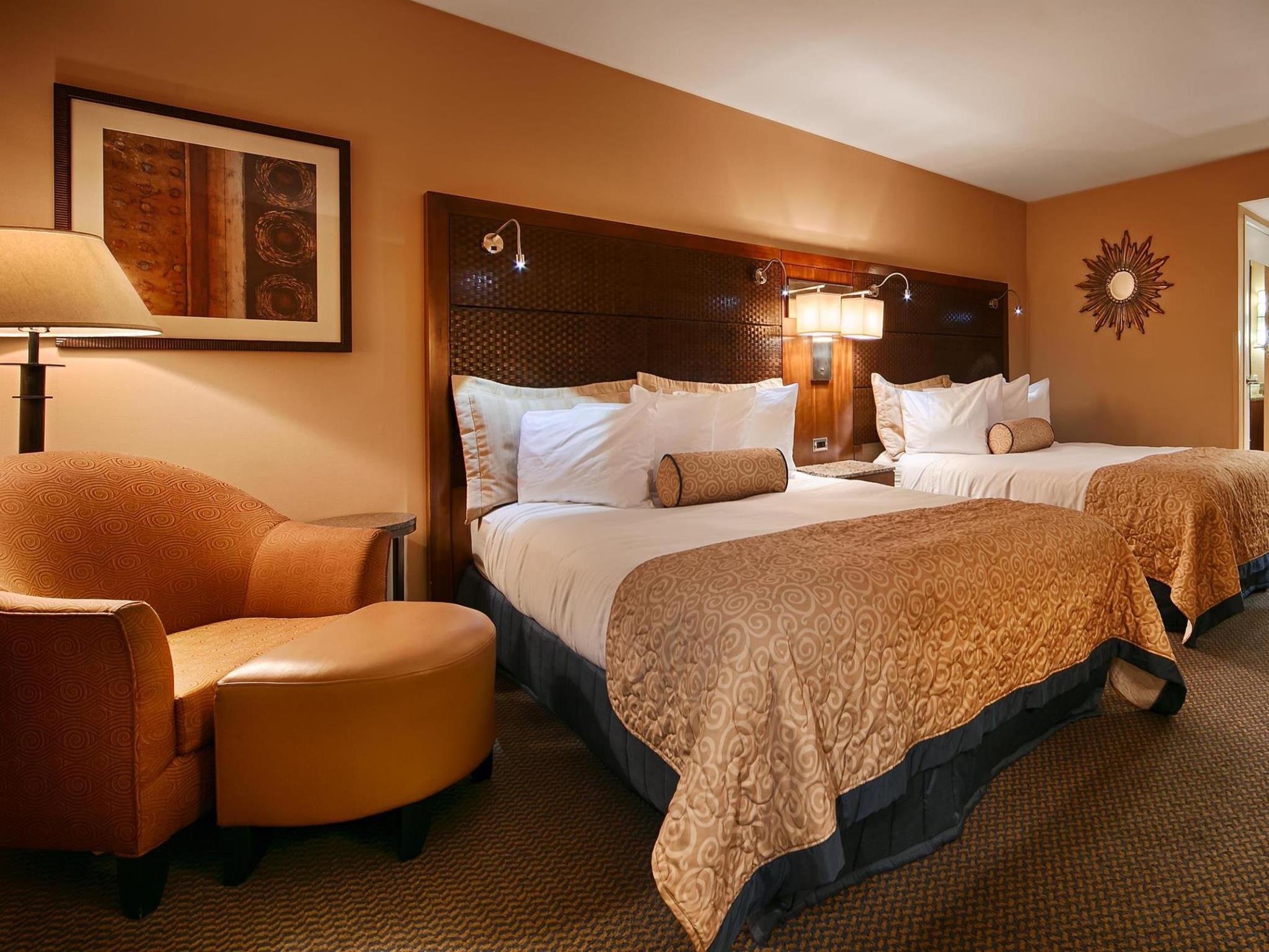 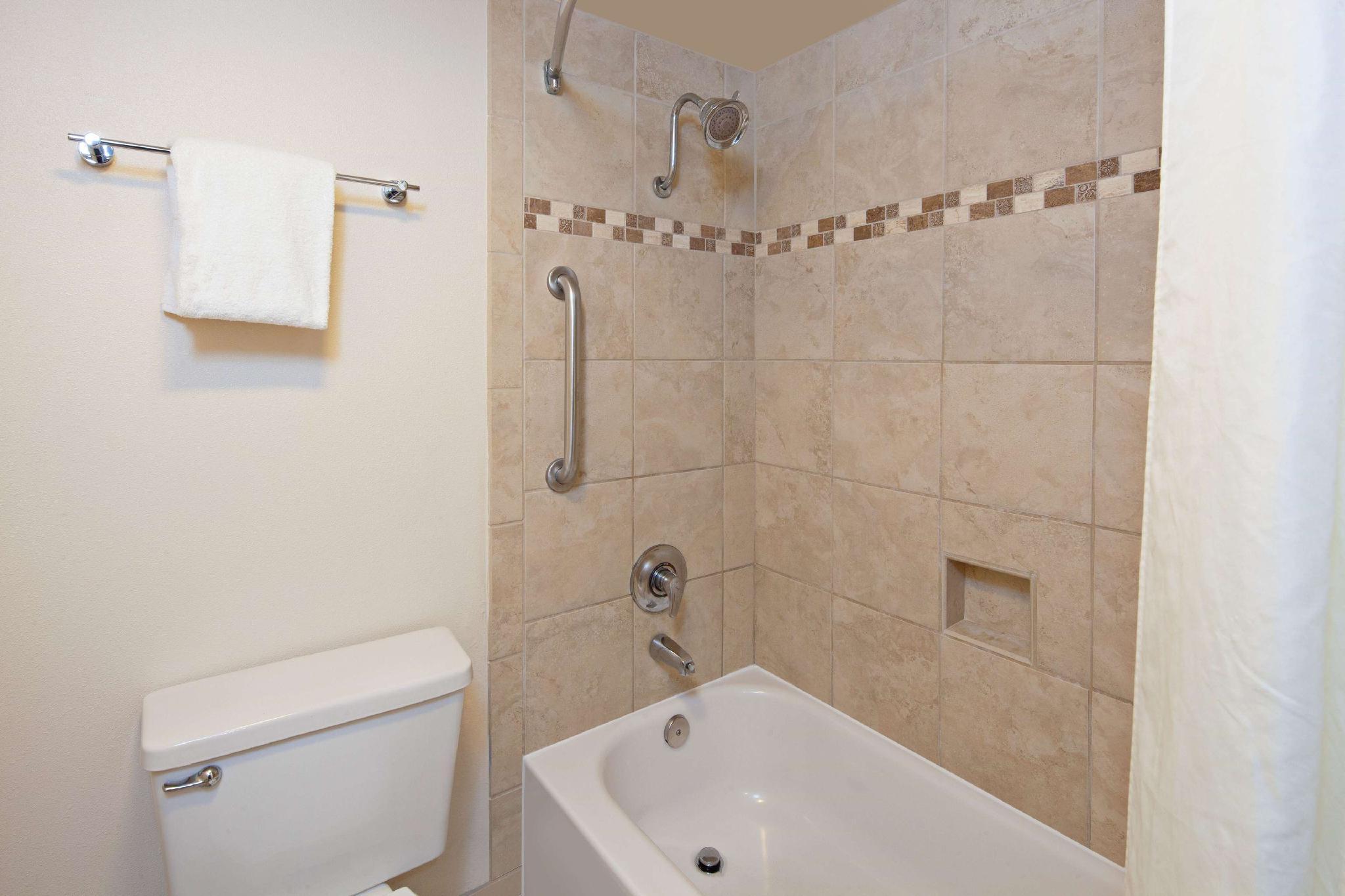 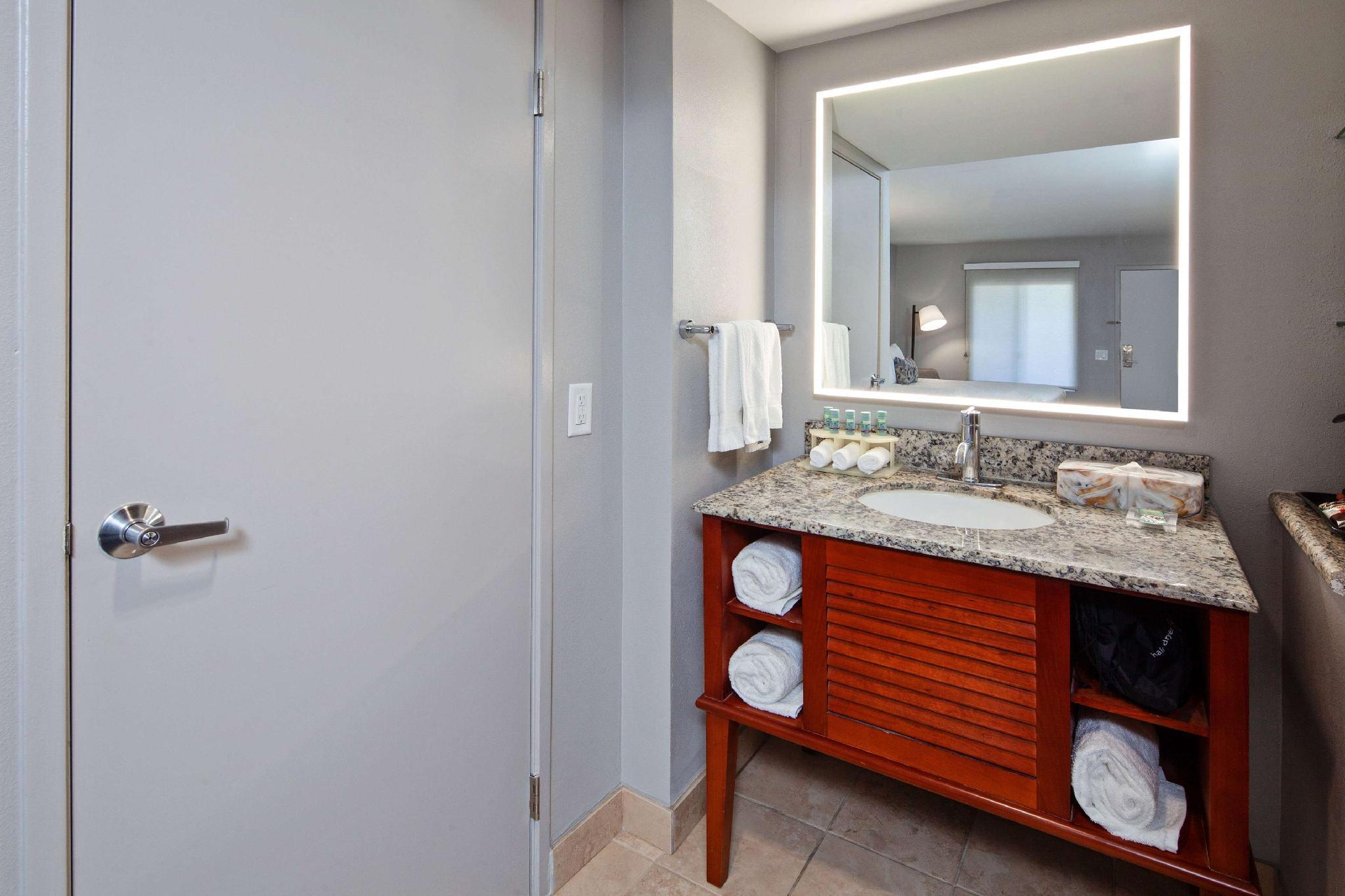 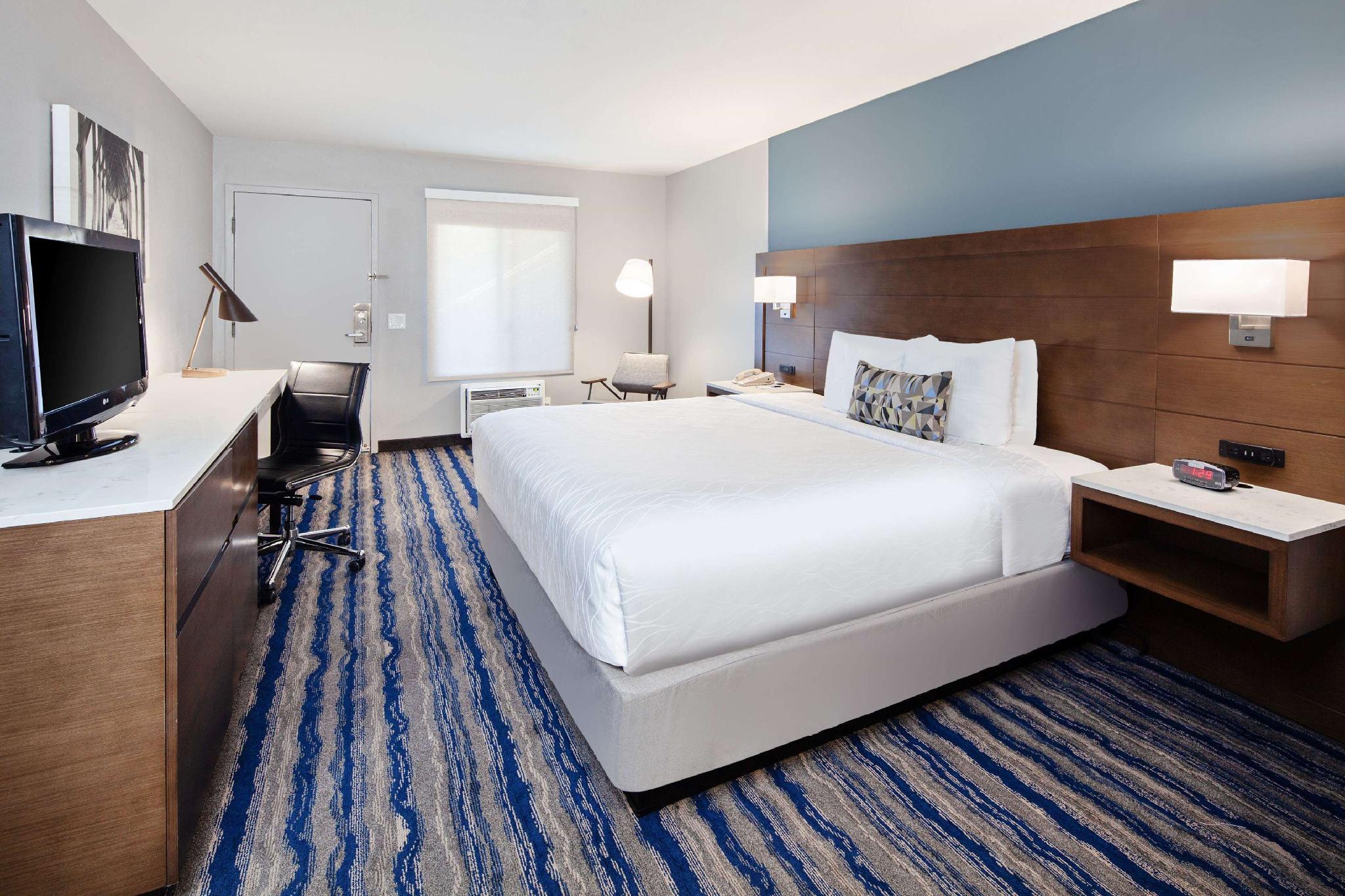 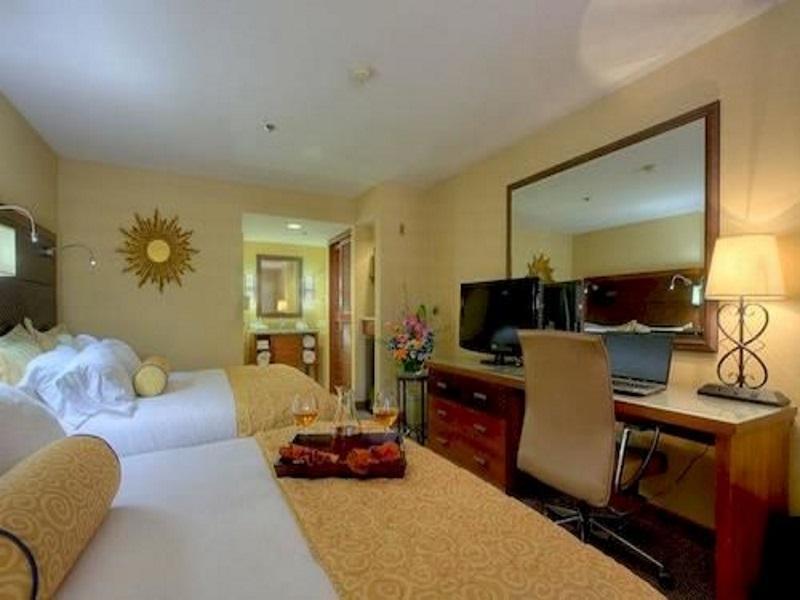 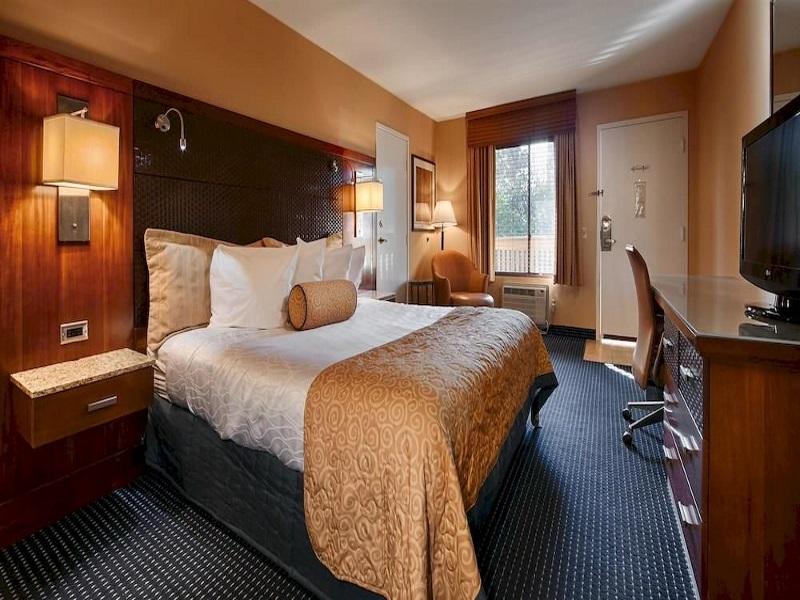 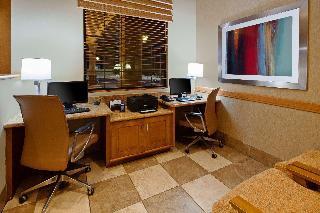 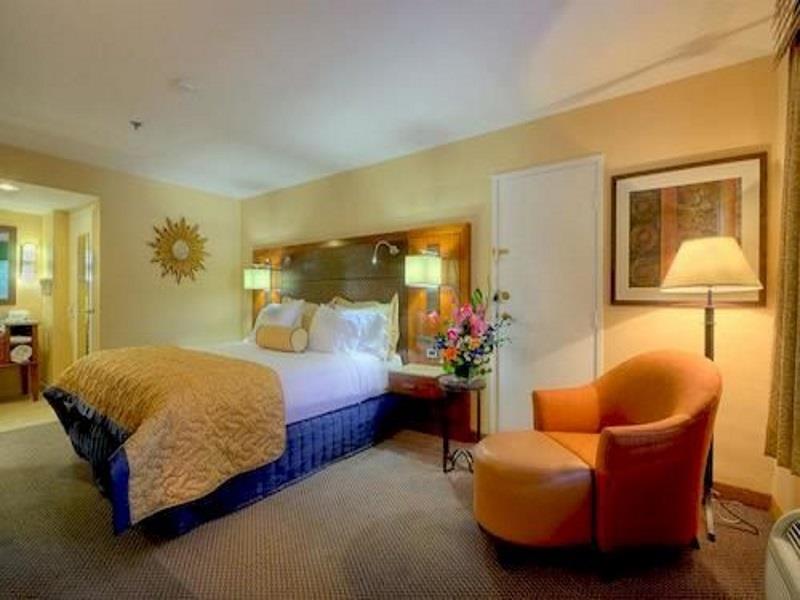 What time is check-in and check-out at Best Western PLUS Otay Valley Hotel?

Check-in is from 04:00 PM, and check-out is until 11:00 AM. You may request early check-in or late check-out during booking, subject to availability. Guests checking in or out before or after the designated periods may be charged an additional fee. The hotel offers luggage storage to guests for before check-in and after check-out. The front desk is always open, day or night.

How do I get to Best Western PLUS Otay Valley Hotel?

What is the smoking policy at Best Western PLUS Otay Valley Hotel?

Best Western PLUS Otay Valley Hotel does permit smoking in some areas and is not 100% smoke-free.

What people love about Best Western PLUS Otay Valley Hotel

Ideal for fun and relaxation, Best Western PLUS Otay Valley Hotel is located in the Chula Vista area of Chula Vista (CA). From here, guests can enjoy easy access to all that the lively city has to offer. This modern hotel is in the vicinity of popular city attractions such as Aquatica Water Park, Third Avenue Village, Community Congregational Church.

At Best Western PLUS Otay Valley Hotel, the excellent service and superior facilities make for an unforgettable stay. To name a few of the hotel's facilities, there are free Wi-Fi in all rooms, 24-hour front desk, facilities for disabled guests, express check-in/check-out, luggage storage.

Hotel accommodations have been carefully appointed to the highest degree of comfort and convenience. In some of the rooms, guests can find television LCD/plasma screen, non smoking rooms, air conditioning, heating, wake-up service. The hotel offers many unique recreational opportunities such as hot tub, fitness center, outdoor pool. Whatever your purpose of visit, Best Western PLUS Otay Valley Hotel is an excellent choice for your stay in Chula Vista (CA).

"The staff were attentive and cheerful."

Due to COVID-19 circumstances, the property is implementing additional measures to protect the safety of guests and staff. Some services and amenities may be limited or unavailable. Please contact the property for more information.
Show less
Compare to other recommended properties

Don't miss out!Users are booking a place in San Diego (CA) every 2 minutes on Agoda.com
All guests (34)
All room types

It is ok for families, overpriced for a solo”

They were very accommodating to make a change in my reservation dates, clean bed&bath, and they had free wifi & breakfast.

Nothing too wrong with the hotel, but overall, but I had better in previous Best Westerns and for cheaper at a nicer location. This one, my room faced the 805 freeway. And the door was NOT soundproof from the traffic nor from the guest who decided to smoke & talk on the phone outside my room. But the walls were good, as I could not hear my neighbors. The room was very spacious - I had enough room to do yoga with an open suitcase on the floor. The bed was big and comfortable, the air condition was easy to control (and create white noise to cover the traffic) and the wifi was good - which is really all I needed. But all those amenities I could have had for 2/3 cheaper nearby at the Motel6, including the freeway5 view. (Also, for 9$ more I could have had a better location for the same amenities at the LaQuinta.) The extras - pool, breakfast, was wasted on a single traveller; but I would say this BW would be better deal for families, which there were many, enjoying the pool and breakfast. The other guests seemed to have a happier time than me - but I just needed a place to crash, while they were in family vacations. Although opened 24 hours Front desk was manned by a single person at all times. Very worrying once the computer system slowed downed (which it did) causing a line to form. Also, twice I had to get my magnetic card to reboot from the front desk - very annoying. Breakfast was not first class, but certainly generous and filling and great for the kids. The bathroom and linen were clean, though the carpet could use an upgrade. Plugs for charging were hard to find (i found only 1 empty socket by the desk, and another behind the bed which would require some hand acrobatics). That being said, being near the 805 makes it convenient to stay in this Best Western if seeing the sights in San Diego and Tijuana, without having to pay premium price on a downtown hotel (which I wasn't - so not much value for me).

We had three issues, first one when we first walked in the room definitely smells like smoke. There was trash left over from the previous person staying in the room fork stir straws napkins fridge was a little bit dirty. When we first got to the room the bathroom light and fan would not turn on we call down to the office but no one ever came to fix it. I’ve stayed with you guys before in that hotel And it was fine. So I’m sure it was just hopefully just a one time issue.

Okay for the price”

Clean room and shower. Good location with free on-site parking. Breakfast was simple but decent. The staff were attentive and cheerful. For the price, I would recommend it to budget traveller with simple tastes / expectations.

Good location, clean rooms, excellent breakfast. We were very pleased and impressed to see very friendly staff. They make sure that you are enjoying the hospitality during your stay.

I would like to thank the Staff for being nothing short of Professional in attending to my reservation and stay, Very courteous and as my many stays before the room was impeccable.

Can’t beat the location for my needs. Clean simple rooms.

First of all when I got there I noticed the elevator permit expired in March which freaked me out. Secondly I was very pleased that the staff allowed us to do an early check in as we were on a crunch time for an event. Also the room we got was very musky I immediately turned on the Ac and opened the window and it still seemed very musky and humid. We left for about 8 hours for our even left the Ac running in hopes that would help and it didn't. It honestly felt like I was tent camping in the summer. Horrible on that note if I must say

Reviewed June 08, 2016
Did you find this review helpful?|
5.6
Laura from United States
Family with young children
Stayed 7 nights in December 2020

Stayed for 5 days here with my newborn. 2/5 days the people next door had a party going on in their room drinking singing and being obnoxiously loud from 9pm up until 6 am. I called the front desk twice and asked to tell them if they could lower the noise especially for my baby. I don’t know if the front desk ever spoke to them, and if they did they surely did not listen. Walls are veeeery thin.

Nothing special but nothing bad either. The staff was exceptionally helpful, which is a nice change from what is typical for this type of property.

It was a great confortable stay

THIS HOTEL IS ON THE HIGHWAY TO THE BORDER, IS IMPOSSIBLE TO SLEEP AT NIGHT, TRUCKS ARE HEARD THRU THE ROOM THIN WALLS AND WINDOWS ALL NIGHT LONG, ALSO THE HOTEL SERVICE TO GUESTS IS ZERO

Doors in the rooms were not closing very well because of crooked size and sturdiness, ventilator did not work properly (low speed). Television was not ok, no digital signal, internet was very unstable to say the least. Swimming pool is on the interstate side, so very noisy with no rest at all. Breakfast was very good and plenty of it. Staff was very helpful and friendly.

vvv
Reviewed December 07, 2015
Did you find this review helpful?|
This is a popular property. Don't miss out! 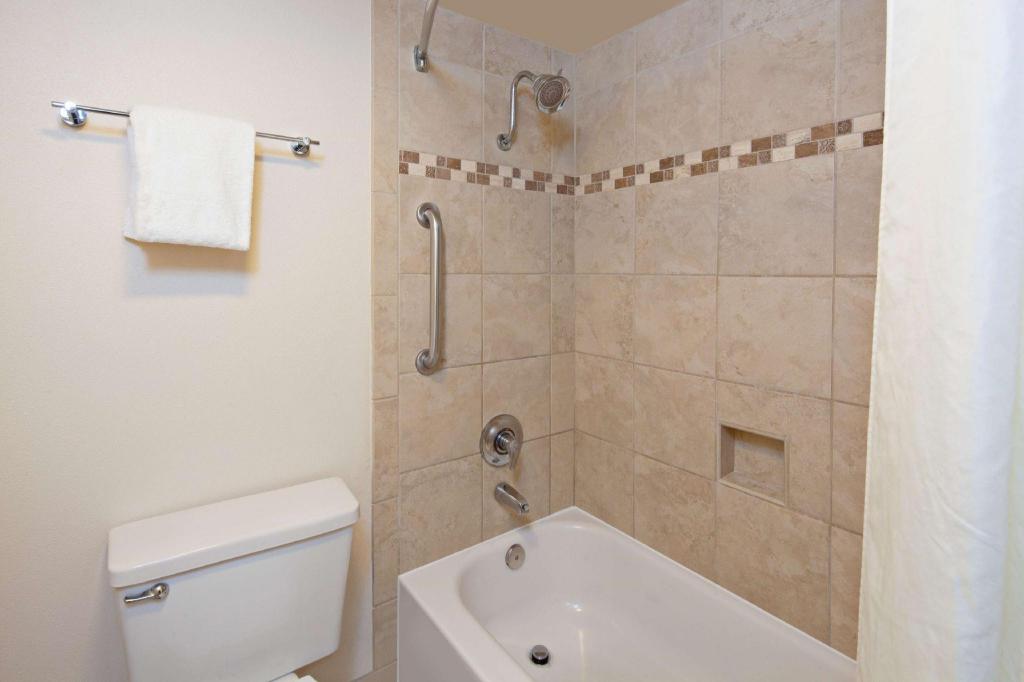