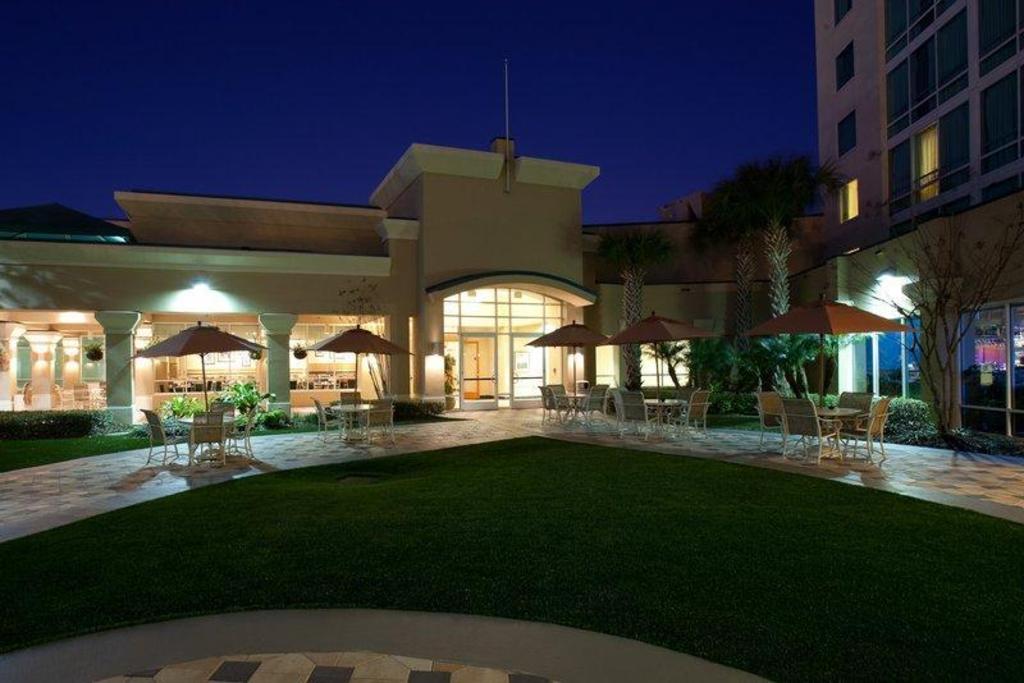 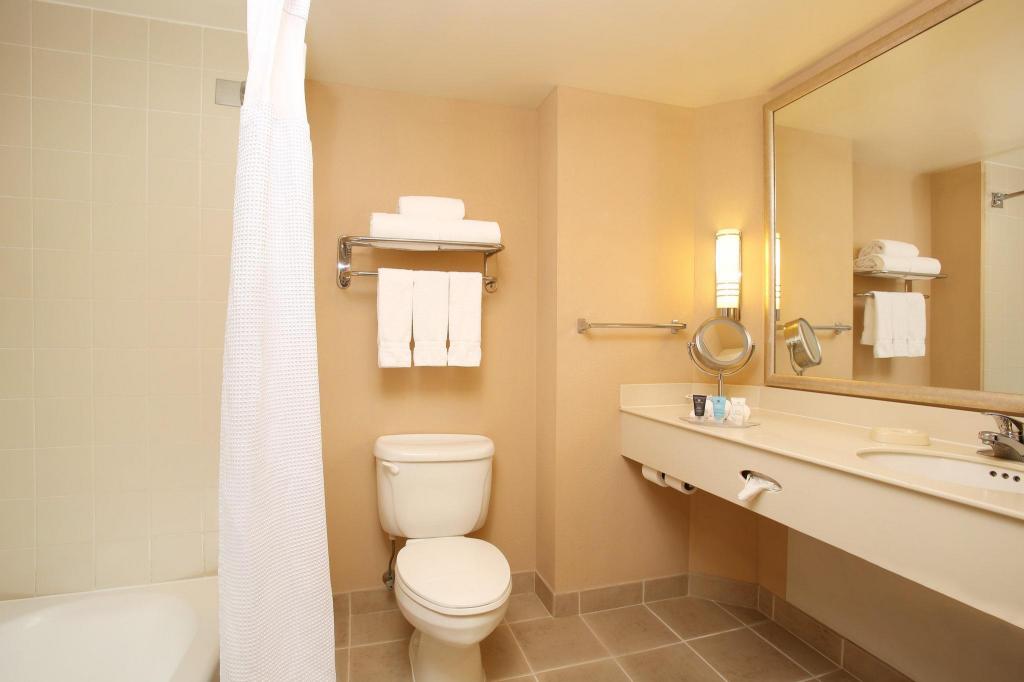 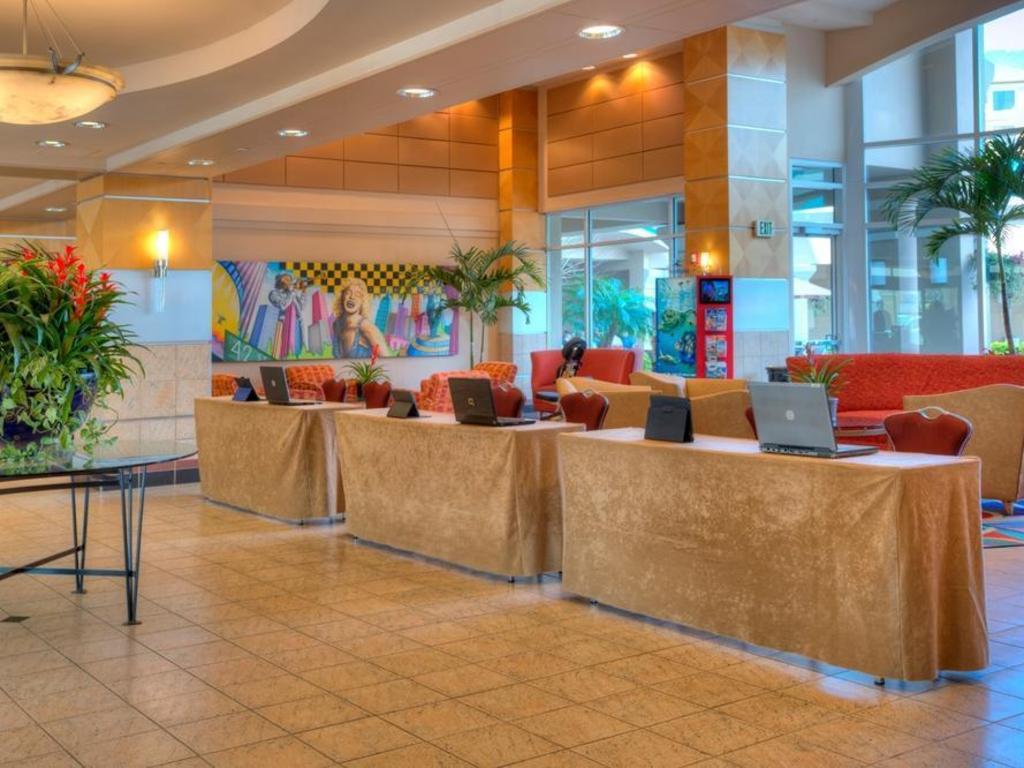 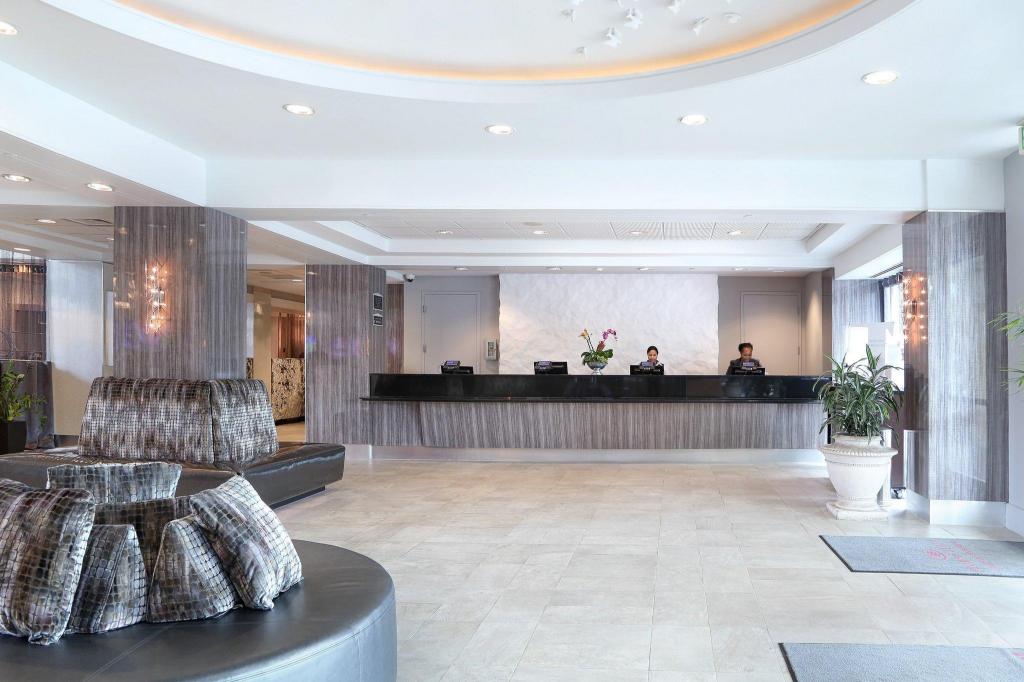 Hygiene Plus
Wellness
This property has self-selected and self-certified the following hygiene measures.Learn more

Health and Medical
First aid kit
Everything you need for a rejuvenating retreat for both body and spirit.

What time is check-in and check-out at Crowne Plaza Hotel Orlando-Universal?

Check-in is from 04:00 PM, and check-out is until 11:00 AM. You may request early check-in or late check-out during booking, subject to availability. Guests checking in or out before or after the designated periods may be charged an additional fee. The hotel offers luggage storage to guests for before check-in and after check-out. The front desk is always open, day or night.

How do I get to Crowne Plaza Hotel Orlando-Universal?

For those who wish to drive their own cars, Crowne Plaza Hotel Orlando-Universal has a car park right on site for maximum convenience. Parking is available for a fee of 9 USD per day. Self-parking is conveniently available at the hotel.

What is the smoking policy at Crowne Plaza Hotel Orlando-Universal?

Crowne Plaza Hotel Orlando-Universal does not permit smoking in any of its rooms, but allows smoking in designated areas.

This Orlando hotel is less than 5 minutes' drive from the Universal Orlando Resort. Free local area transfer service is provided to the Universal Orlando Resort, SeaWorld, and the Walt Disney World Resort. Large windows and a flat-screen TV are provided in each room of the Crowne Plaza Hotel Orlando-Universal. Tea and coffee-making facilities and a work desk are also included. An outdoor pool with a hot tub, poolside tiki bar, and deck are open to all guests. A fitness centre, games room, and tour desk are also available. Elements at the Crowne Plaza Orlando serves breakfast, lunch and dinner daily. Elements Bar and Grille, located in the lobby, serves a full menu for lunch and dinner. The Disney World Resort is less than 12.8 km from the Orlando Crowne Plaza Hotel. I-Drive 360, Home of the Orlando Eye, is less than 2 km away.

Guests must be 21 years of age or older to check-in. A credit or debit card is required to check in to the hotel. If booking a meal plan rate, please note that Breakfast Included rate includes breakfast for 2 adults. Additional charges apply for further guests. Please note the local area transfer service has limited hours of operation. Seats are given based on availability. Contact hotel for details. Valet parking is available for an additional fee. Please note that additional fees are subject to tax. Cash payment is only accepted upon checking out. Guests are required to show a photo identification and credit card upon check-in. Please note that all Special Requests are subject to availability and additional charges may apply.
Show less
Compare to other recommended properties

The staff, the facilities and it's location.

Alright not exactly near the " happening" part of Orlando, you could still take a 15 min walk to where all the food and amusement Park is. Overall this is a great hotel to stay in.

we booked this hotel for our two days stay in orlando because of the free internet and gym. but there was no free internet in the room! only in the reception... the gym was ok and the rooms were nice. the restaurant was no good but as there were no restaurants in the neighberhood we had to eat there. the breakfast was very god!

The hotel was well located for Universal Studios, and not that far (by car) from Disney, so it was a good base for me. The staff were friendly and accommodating, the hotel was peaceful for the most part, even though it was through busy spring break /easter time. I had three major concerns with the hotel and a niggle. The main concern is the air conditioning, it is VERY noisy. The condensers are in a wall cupboard, not outside or a central system, and it sounds like a car in the room. This is not what you expect from a 4 star hotel, the A/C should be nearly silent. The second concern was that the lights outside my room, all the lights in the bathroom, hummed loudly. This is a fault of poor wiring. Due to these complaints the hotel moved my room, and the problems still existed. The third concern is that the wifi was charged, for anything other than snail pace. In the 21st Century in a 4 star hotel in the USA, free wifi is expected, even demanded. The price was very high, and was charged per device. The niggle is that the executive lounge was not worth anything for my stay. The breakfast in the lounge was worse than the restaurant. The lounge did not serve hot food, and American breakfasts are all about hot food, eggs, bacon, pancakes. This needs to be changed with A-La Carte ordering for the lounge. Lounge wifi was snail pace. However, for access to the Parks (which is why you go to Orlando), this was a good hotel. As I was on the executive floors I was not charged for parking, which I know is a grumble for a lot of people staying at this hotel.

Reviewed May 23, 2014
Did you find this review helpful?|
9.2
Exceptional
Brett from United States
Couple
Standard
Stayed 1 night in February 2021

it was amazing, it went far beyond my expectations”

Me and my wife enjoyed the stay in this hotel, they have friendly staff, nice breakfast in the executive level free of charge, we have internet access free of charge as well, room was tidy and clean, it was little bit small but it was comfy and nice.

Great hotel and had great prices. Only issue is parking is about $17 a night and it wasn’t mentioned before hand

Location, accessibilty to themeparks, the service

We had a good time. We liked the breakfast. Service was great and staff were helpful and friendly. The location is great and close to themeparks. There're shuttles in the hotel that can take you to Universal's, Disney and Sea World. You can find restaurants and shops just few miles away. They were 4 days we spent there, yet one of the beautiful days.

This is a very comfortable hotel, not 4 star, but very nice.good location, easy to get around. the staff was very helpful and genuinely cares about making the guests happy.

First off I was surprised to find out this was considered a 4 star hotel. Location is great however the hotel is old! Rooms are so outdated. The air conditioner made noise ALL night long. The bathroom light as well and the toilet lid was dirty. The bed was not comfortable at all. The mini fridge was dirty and we barely could open it. The double blinds only partially close so all the sun comes thru making it hard to maintain the room dark. The lobby fools you because it’s very modern and clean until you get to the rooms. Overall this hotel needs a serious renovation if they are going to be listed as 4 star quality. I was very disappointed in my stay. I will not be coming back here.

the hotel is clean and nice but the free wifi is available only at the lobby area.

It was a nice clean hotel with good service but the parking was so expensive and cost me alot.

Convenient to Universal and safe surrounding”

Overall's good! But the room service lady was not good, she's not friendly and knocked us up in the morning for room clean even though we said we don't need it.

Great location for the price u got”

Location, price, free shuttles to attractions like Universal and Disney

It was pretty good. Free parking but as of 2014, it is no longer free parking. Our flight got cancelled due to snow storm at connecting flight and the staff shows sympathy. Unfortunately we didn't get a discount there. Free lounge access which means free beer in afternoon mad free breakfast. The shuttle drivers are really nice to allow us to bring drinks and muffins into the shuttle.

Over rated and priced ”

location, service, equipment
Reviewed June 22, 2014
Did you find this review helpful?|
12
This is a popular property. Don't miss out!