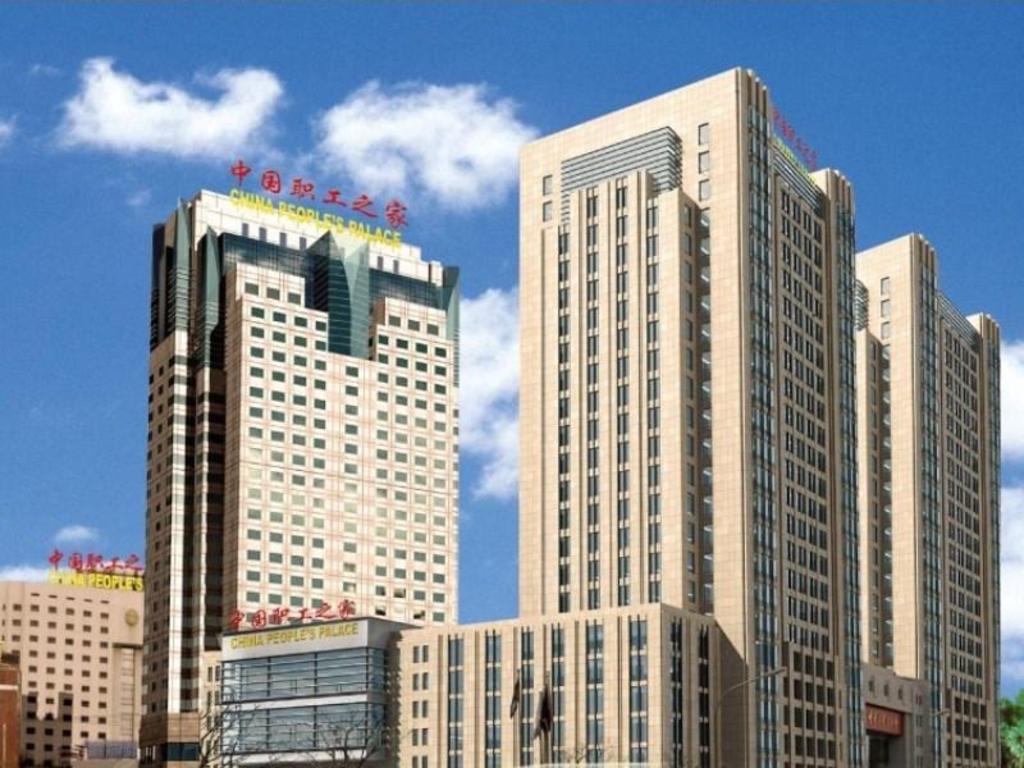 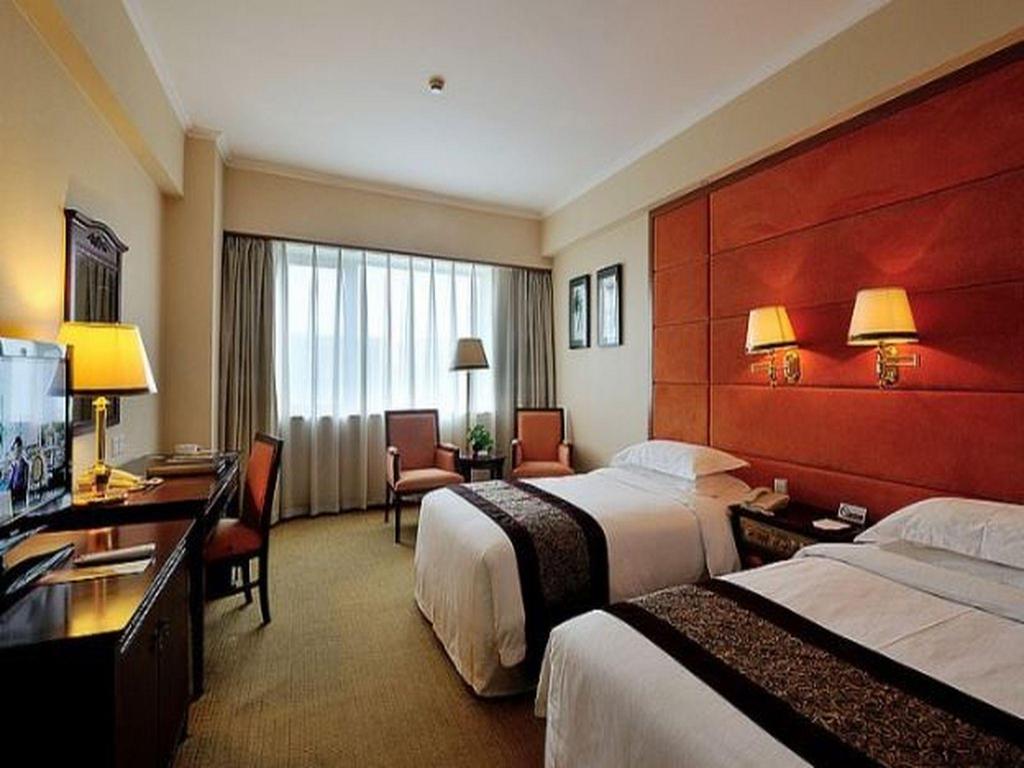 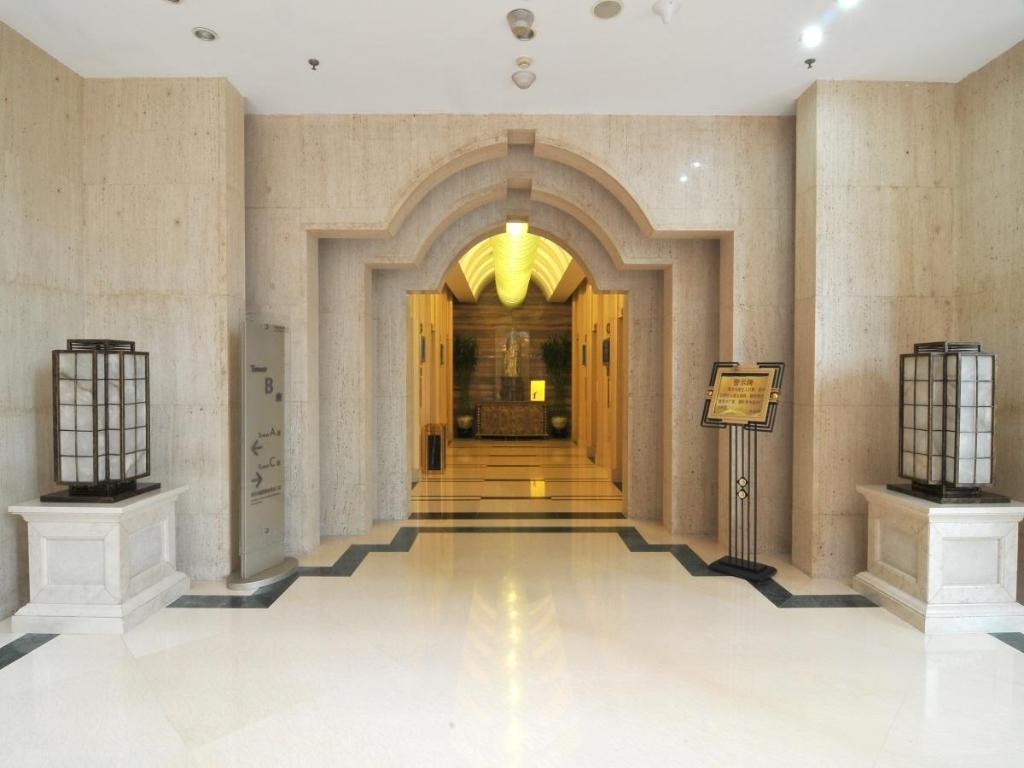 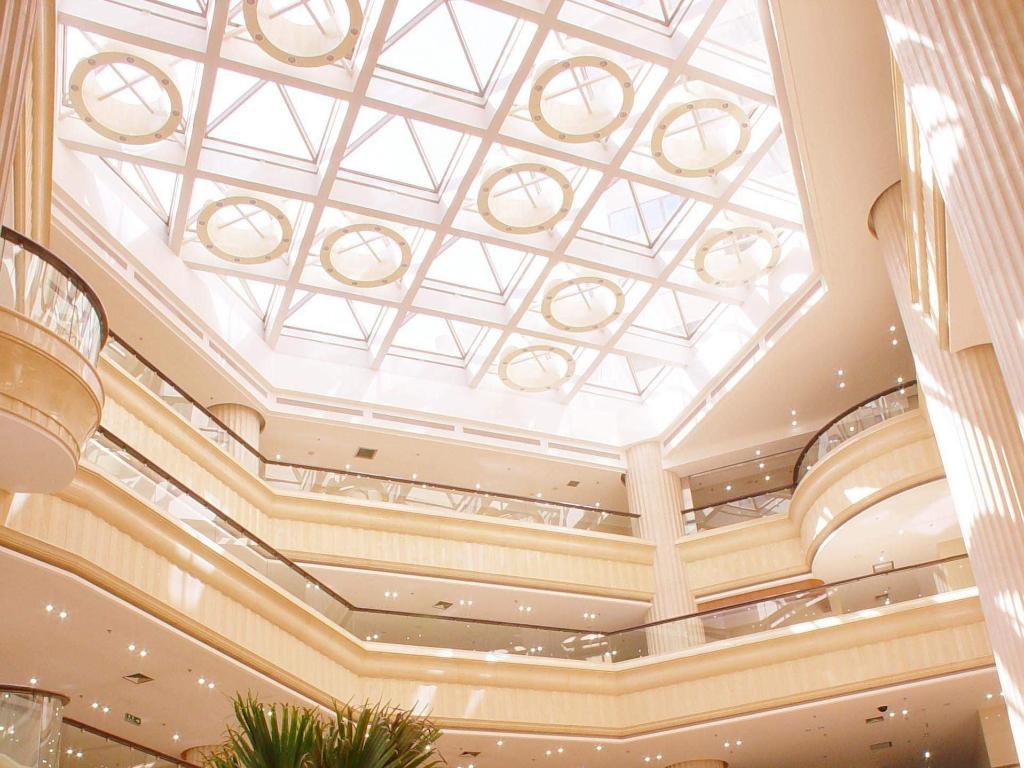 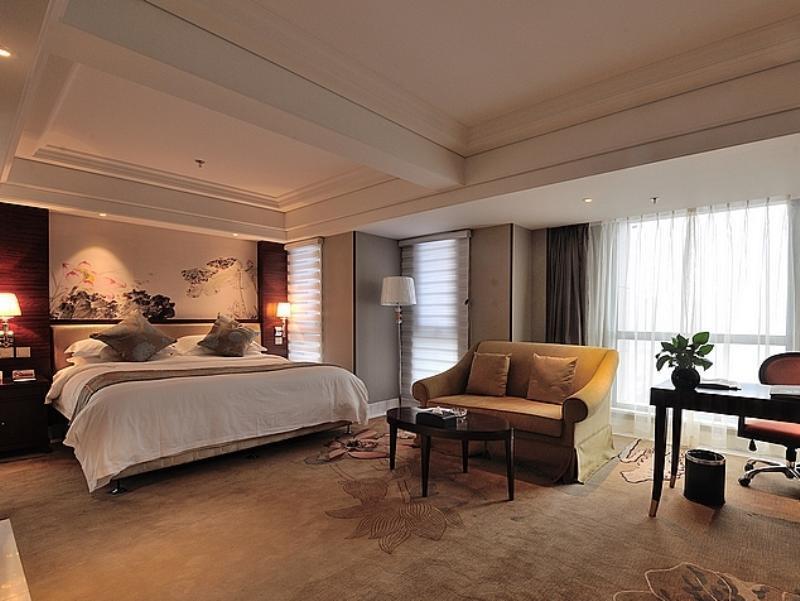 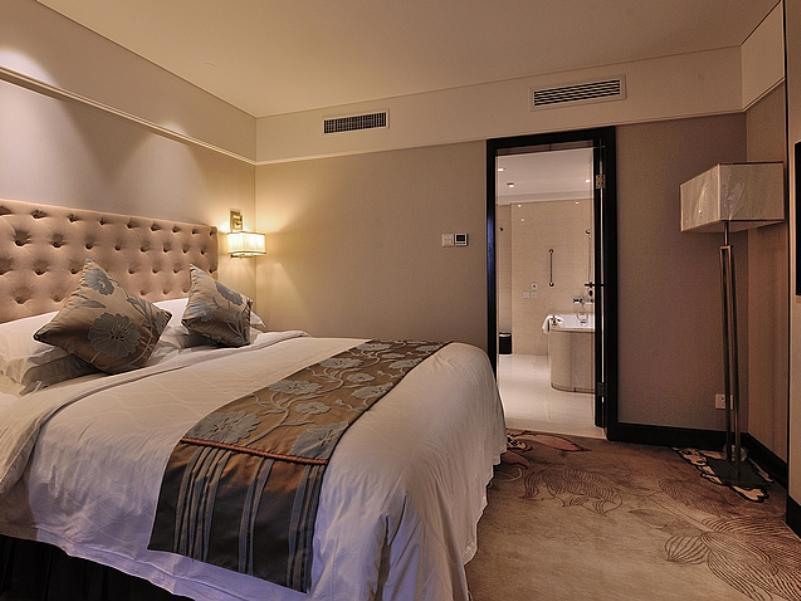 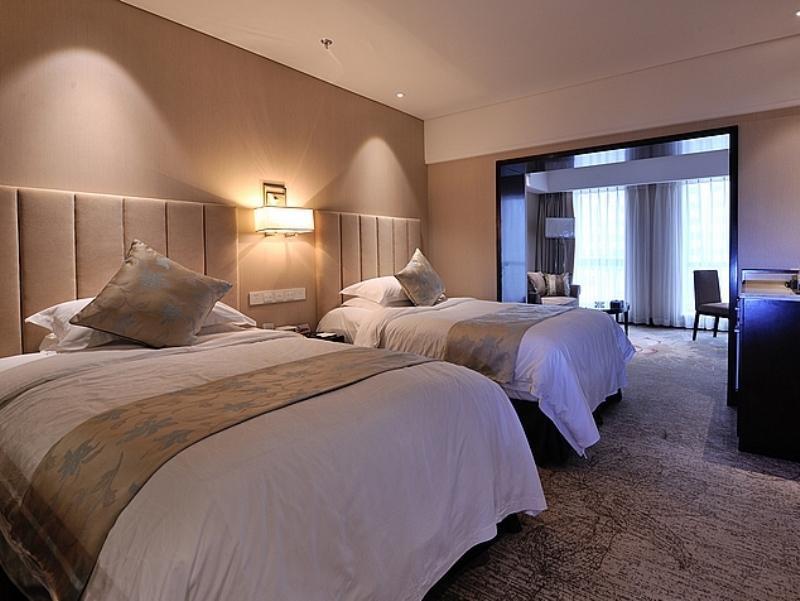 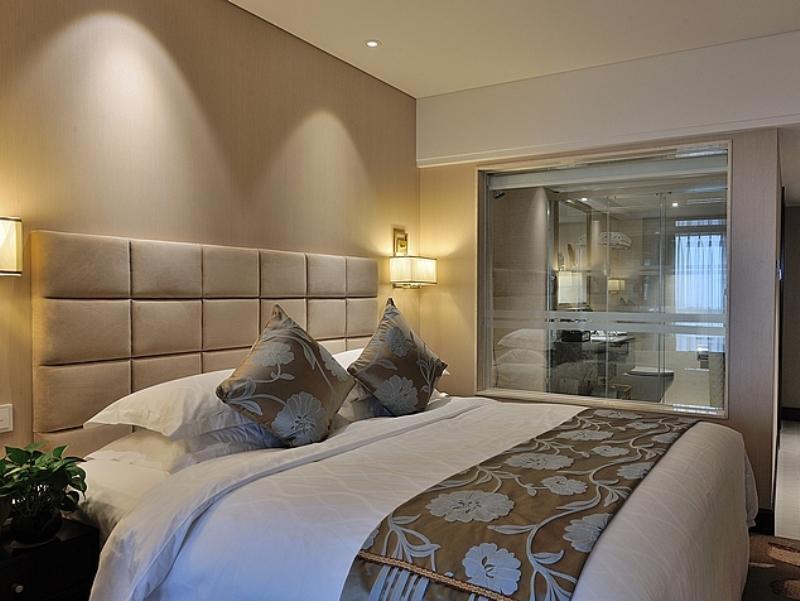 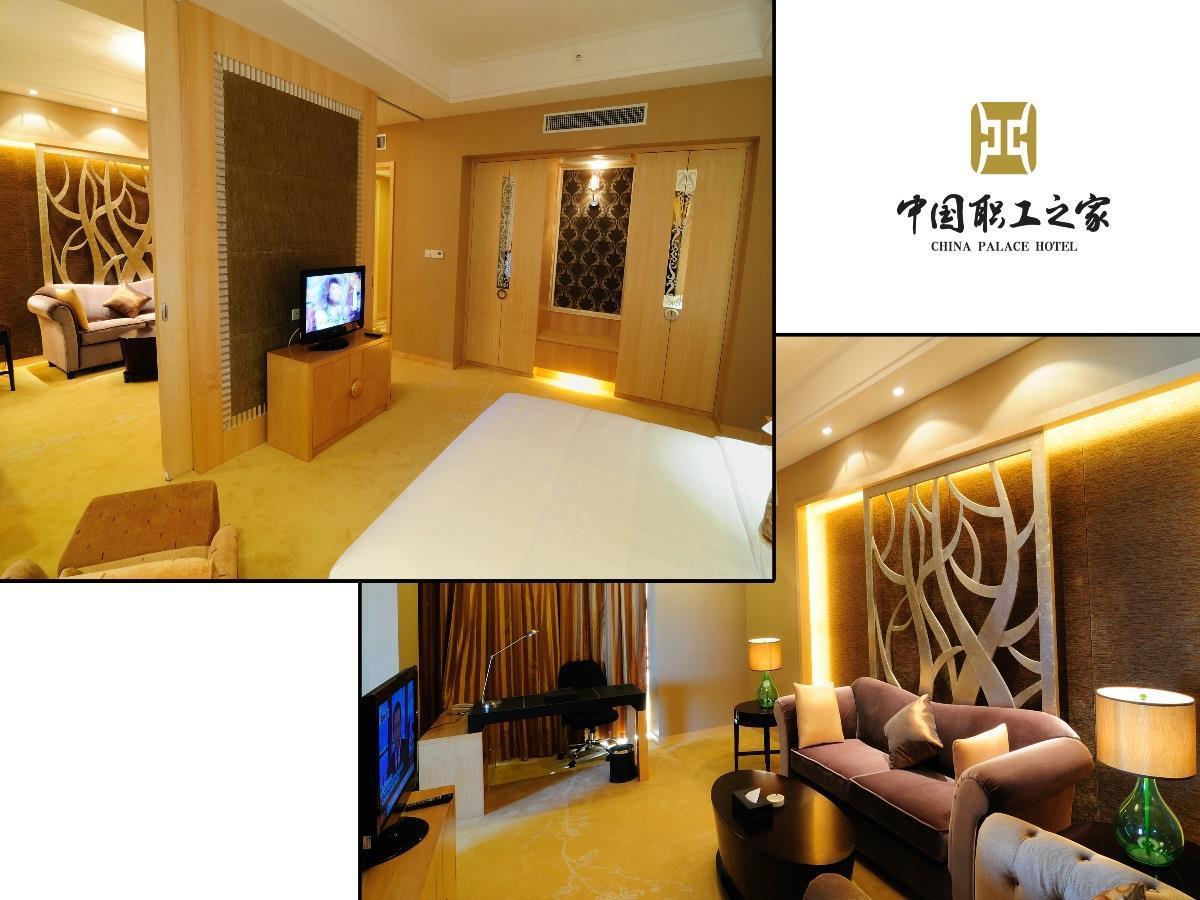 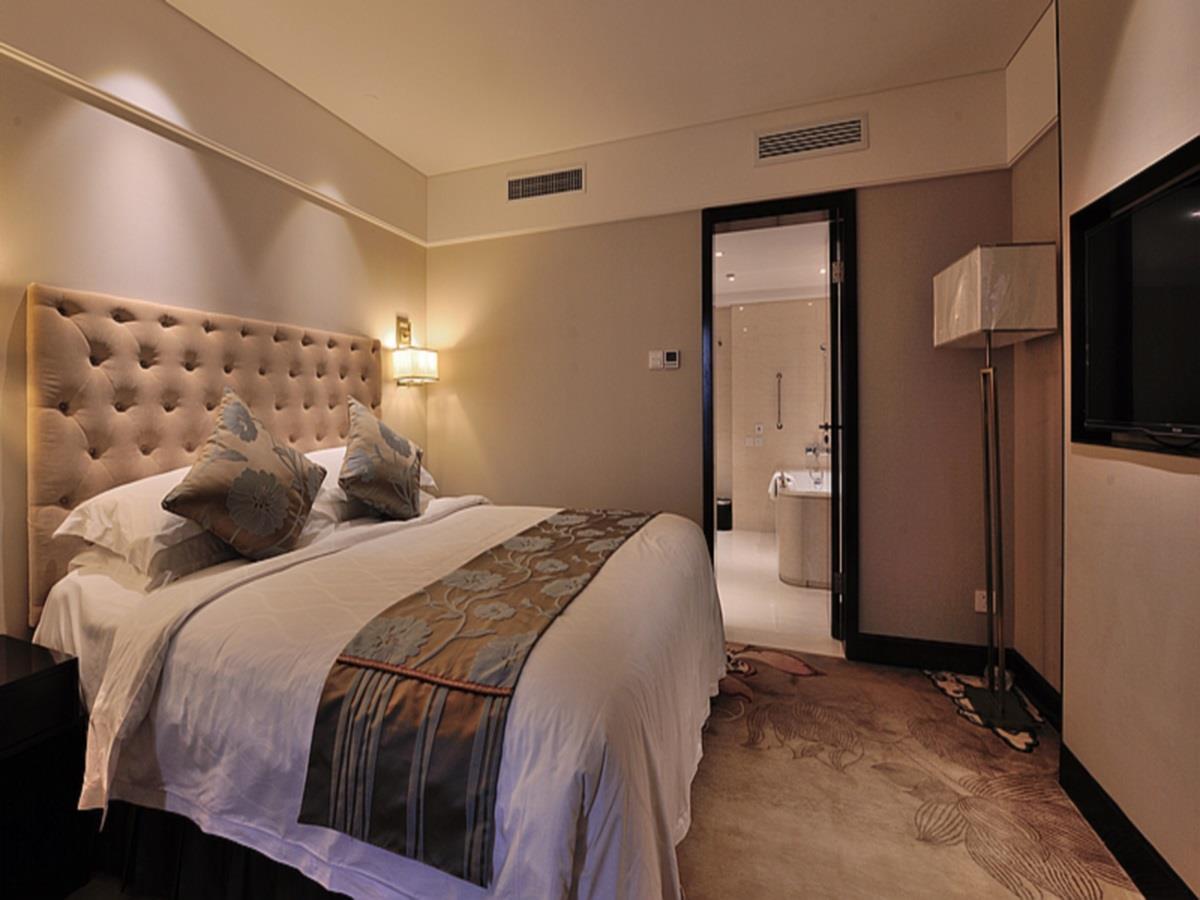 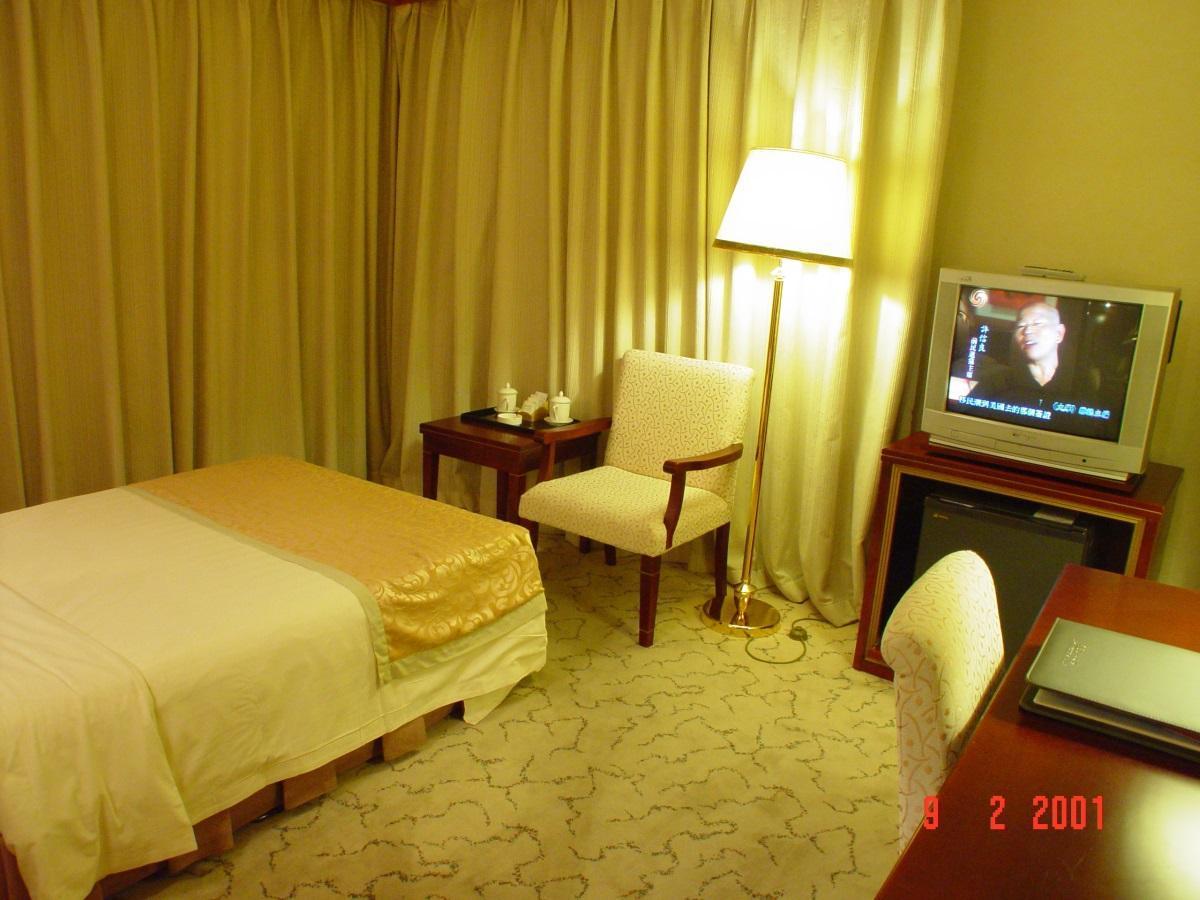 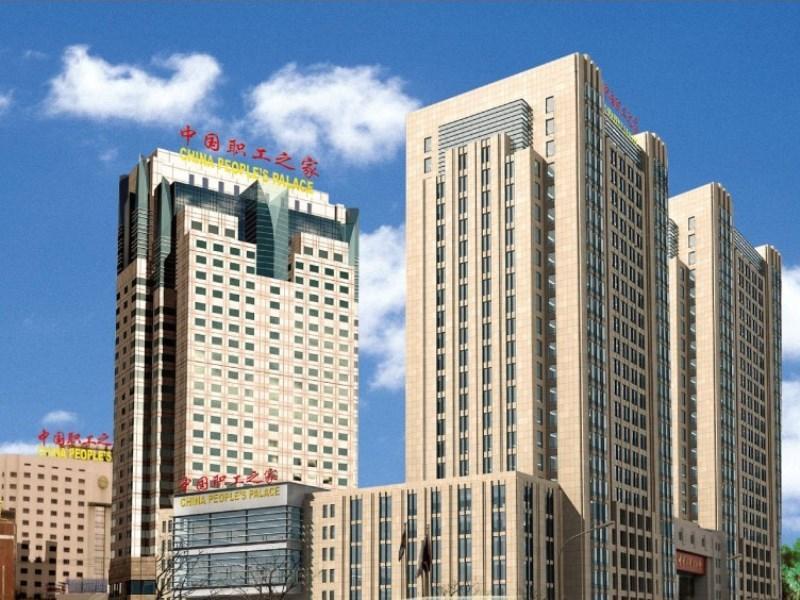 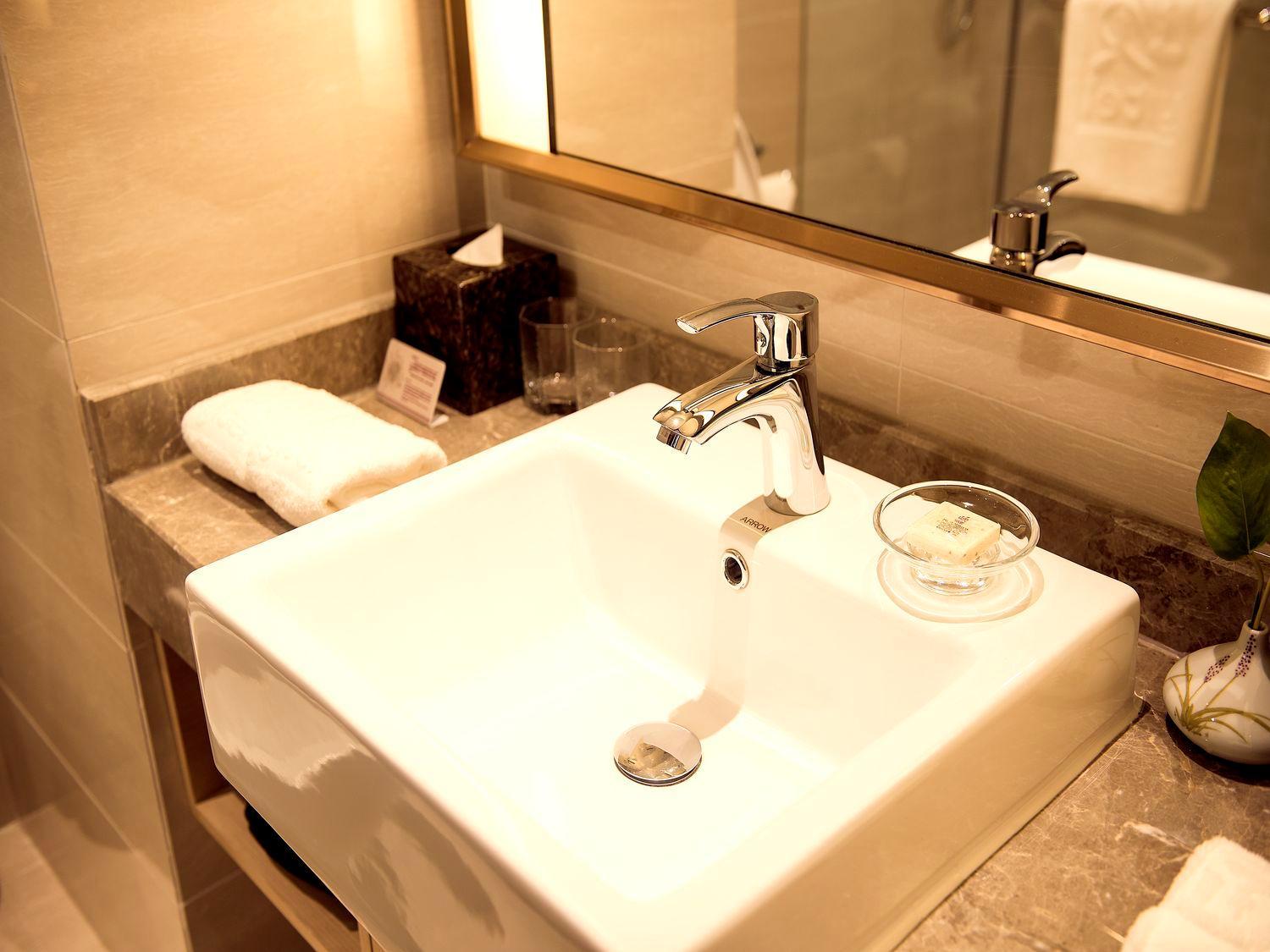 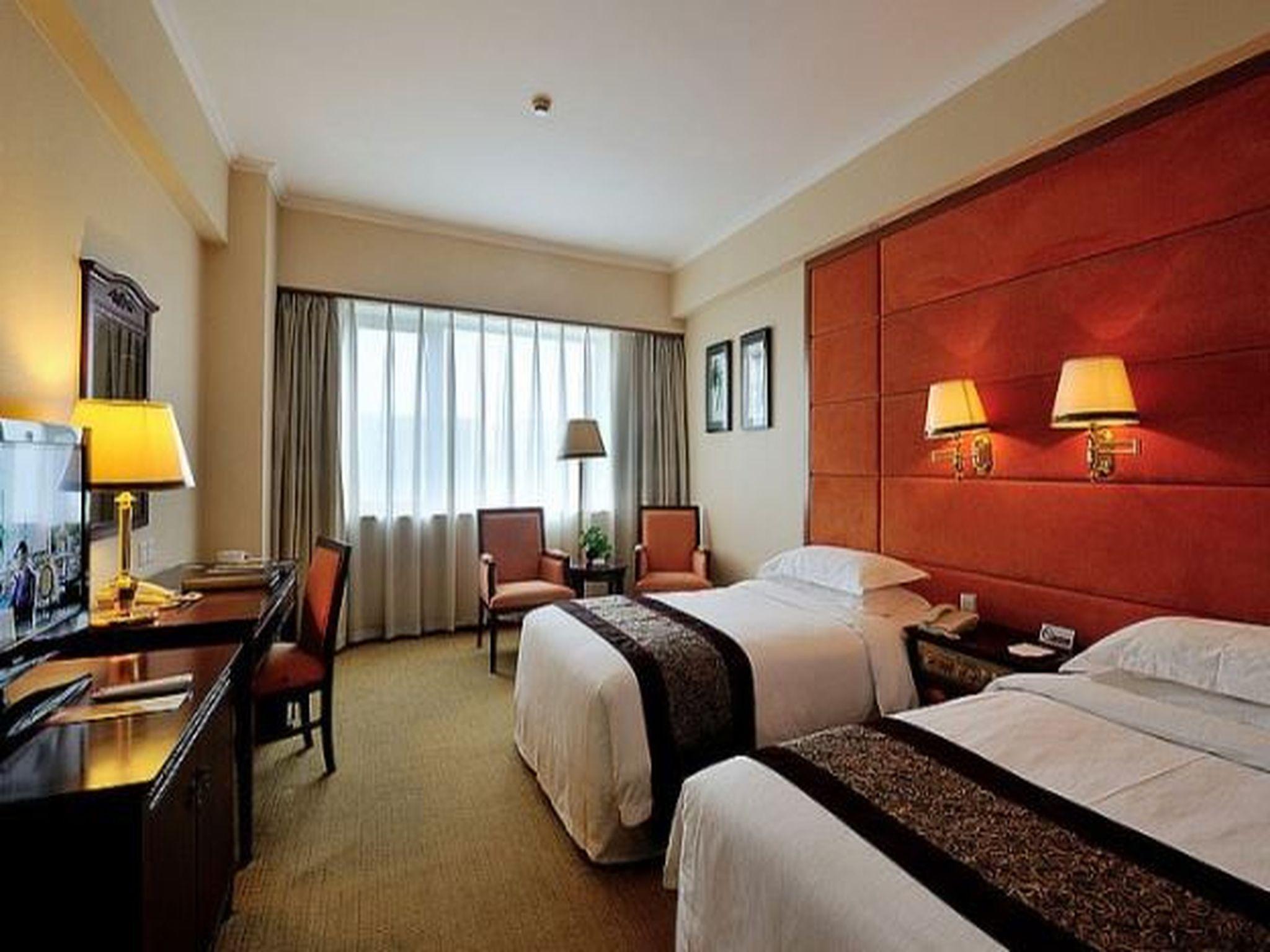 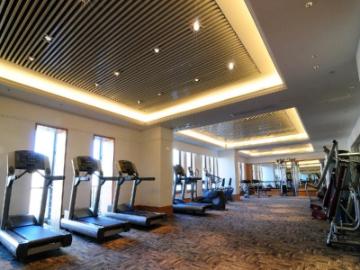 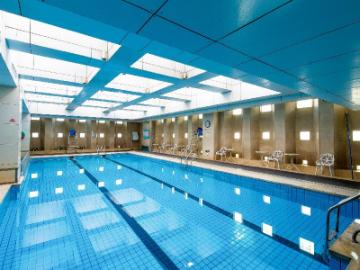 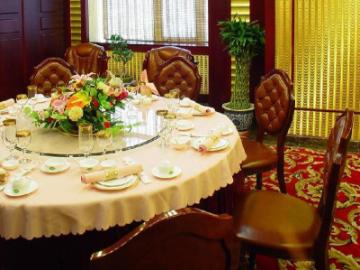 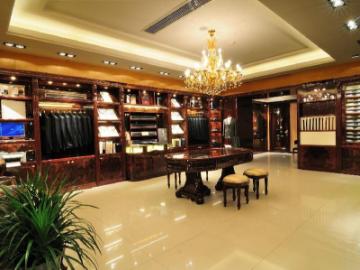 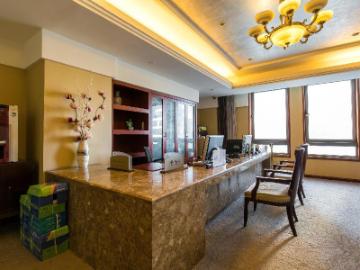 Good location. Clean and well appointed. I have been here every year for the past six years and have always found it satisfying. David McLellan, Scotland.

Not for international tourists ”

It is a business hotel for Chinese clientele: Staff spoke little English, breakfast catered mostly to Chinese travelers, hotel needs to be refurbished. The pictures online looked better than the hotel. I was very disappointed, but the rate was cheaper than usual.

Had I stayed a few days longer, I would be fluent in Chinese. ”

By the end of my three-day stay, I had learned to enjoy the China People’s Palace Hotel which, I am reliably informed, in Chinese is actually, ‘the People’s Home’. Had I stayed a few days longer, I would be fluent in Chinese. I had started to learn 'Going up' front the lift voice. First the room: I stayed in Tower A. Clean, comfortable, spacious. No complaints other than only tea bags are provided - no coffee, creamer, or sugar, not even a teaspoon - China is a tea-drinking nation. Next the conference venue: excellent. This place is better called a conference centre. There are multiple restaurants, meeting rooms and halls for large gatherings. The staff: wonderful… But… Ah, now for the ‘but’. For a non-Chinese speaker, this place is hard-going. Some staff speak some English, but are not well practised. The only way they could understand me was if I wrote something down and they read it slowly. Aural comprehension levels are low. The staff are equipped with smartphones with a translating app. Ask a question, the staff member speaks into the app and the smartphone replies in English. This leads to confusion. I would ask, ‘Where’s breakfast?’ The staff member spoke into the translation app. The words ‘A Layer’ appeared on a screen. I scoured the venue for a restaurant called ‘A Layer’. None were. I found it by chance - on the second day - when, early one morning, I saw a delegation from Zambia slip through a door on the ground floor that was not marked ‘A Layer’. Breakfast: probably excellent, but entirely Chinese. Cereals: none, except for oatmeal and hot milk, marked ‘For Muslims’. Why???. Eggs: pre-cooked fried eggs. A final beef, on my way to the gym, as I stepped from the lift, a girl in a tracksuit approached and said - in English - ‘It’s not free.’ That has the limit of her English. She was clearly trained to stand there and tell any foreign looking persons that it was not free. Summary, nice place, friendly staff, but if you speak n

very good room, bust most staff do not speak English”

A pleasant stay with no major issue.

Good hotel to stay when you at West of Beijing”

Decent hotel, near by some good restaurant. With in-house saloon and tailor.

Breakfast is basic, catered only for local Chinese. Selected this hotel because they promote their gym. When I went for a workout, they wanted 200RMB.

Wifi is not so good

Breakfast buffet was good. Customer service was average. They are more like a government-owned facility than an independent hotel business. They have indoor badminton and tennis courts, but charge 600 RMB (around $120 Canadian) per hour for court use.

Many services are immediately available and internet is available (wire and wireless) everywhere. Subway is very close and convienient.

My problem was not with the hotel complex (there are 3 hotel towers that are very different), but that Agoda doesn't correctly show the images of rooms when making a reservation and this is very misleading. Moreover, the hotels will not correct the errors for some reason. After staying there I suggest that a customer look at the hotel's website. Basically, Tower A is new and has good value for money (large rooms, new fixtures and furnishings). Tower B is a little more expensive, but dated, rooms are small and it needs remodeling. Tower C is the most expensive and where the deluxe and fancy rooms are located. I don't know the actual condition of those rooms.

The stay & conference at this hotel was enjoyable which was needed for an International program. The location & ambiance was nice except the language barrier. At lease one very good English speaking person is needed at the counter (reception) at this star hotel.

hotel with a great location”

near city centre and mrt station

nice room in a great location. only con i found is that they dont have a single universal adaptor so remember to bring 1 if u are using a different plug

the service is good

i like the staff service for the hotel, the room is very big and the bed is huge. the food quality is adequate not think special but over all stay is pleasant. i would goes again

i like the staff service for the hotel, the room is very big and the bed is huge. the food quality is adequate not think special but over all stay is pleasant. we can stay again the next time we goes there

i like the staff service for the hotel, we were recommend by a friend so it was good, the room is very big and the bed is huge. the food quality is adequate not think special but over all stay is pleasant.

Nice hotel in the middle of nowhere”

good, clean hotel but it's in the middle of nowhere. relatively close to a metro stop, but there is not much else around the hotel in terms of restaurants or things to do. they also charge you for everything extra, and at very high prices. pool, gym, breakfast, etc are all additional costs and very overpriced. 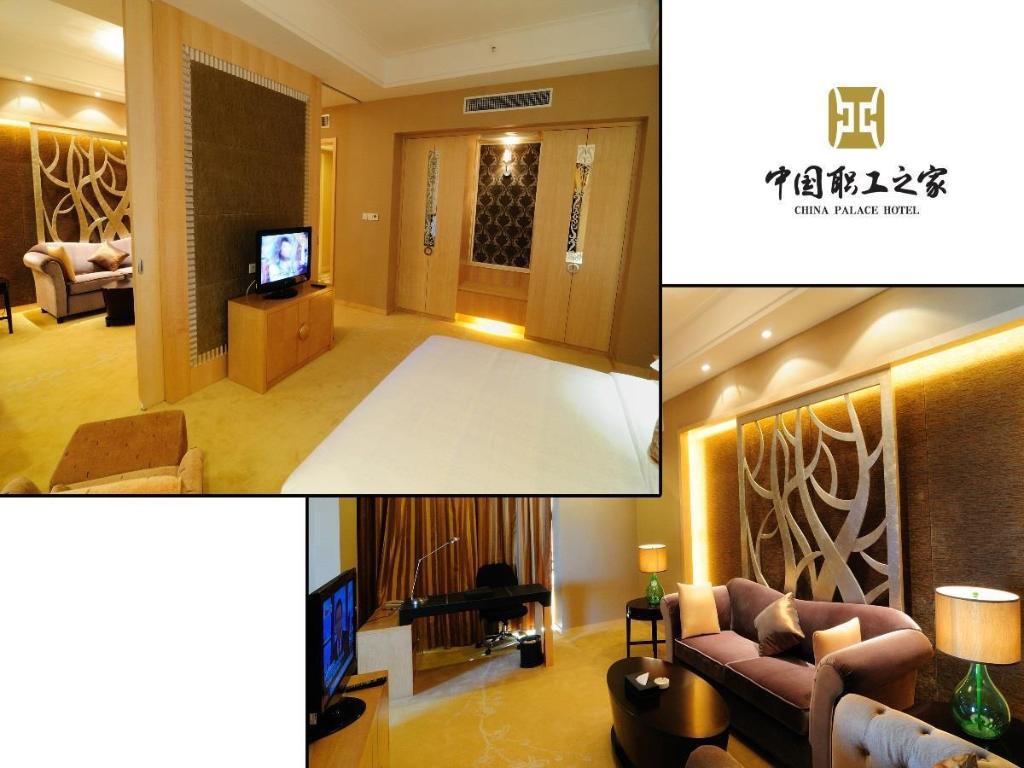