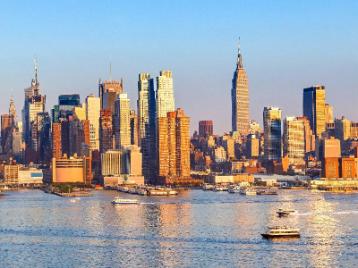 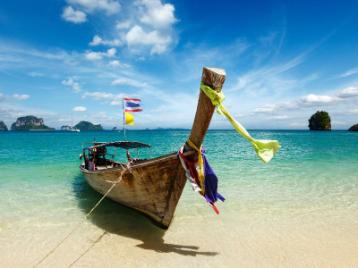 Not a modern city. Most areas no better than slums. World War two massacare site of US marines was very interesting.

Not a bad city at all. They pride themselves on being a litter-free city. Lots of restaurants, and a big shopping mall.

The city of Puerto Princesa is not really interesting. However, it's close enough from Honda Bay where you can do island-hopping tours.

Disgusting. Notihng to do and to see. Rip-off prices. Escape the same day of arrival or better not to come at all

It has a lot of very nice beaches to visit. The food are very cheap especially the seafood are fresh.

The place is very peaceful and the people are friendly.

Puerto Princesa is really a nice place.they keep and maintain the preservation of nature's.and economic systems.

and it is good for the local people that they have means of steady income by means of tourism,thumps up!

Super thumbs up the City of Puerto Princes...I've been there twice and still want to go back for the other adventure I wanted to experience.

Puerto Princesa City is a developing area. They realise that tourism is big business and they do there best to make your stay a pleasant one.

At the moment the streets are clogged with a lot of traffic as the roads are being upgrade all around the northern road end of the airport. If you get out of the city you will find some beautiful natural and eunique scenery. The city proper has a lot of good restaurants serving fresh seafood as well as traditional Filipino food, all at quite reasonable prices. This city would be the safest city in Philippines that i have visited and have no hesitation in recomending visiting here.

Very charming town! Lots of trees/green fields that help give the "feel of nature". Beaches and islands are also attractions to visit.

Very fine white sand, clear blue water and colorful fishes good for feeding or snorkeling. Its good that the airport is being renovated, it gets quite chaotic when filled with so many airlines and passengers crowded into 1 small terminal.

The only interesting place to see in Puerto Princesa is the Underground River. I suggest that you go to nearby Honda Bay

As of 2010, Puerto Princesa had a population of 222,673 people, making it the least densely populated city in the Philippines.

In terms of land area, the city is the second largest geographically after Davao City with an area of 2,381.02 square kilometres (919.32 sq mi).[2] Puerto Princesa is the location of the Philippines' Western Command headquarters

Puerto Princesa is a paradise that you could go basking in the sun without worrying anything. People are great, helpful, friendly, honest and accommodating.

Honda bay, El Nido, Underground river are the places that you shouldn't miss. Puerto Princesa is the place to be.

very nice city, for relaxing, sightseeing, going around for family fun etc, we only saty for 2 nights which not enough, at least for more than 1 week.

going around can just take tricycle very convinient & cheap, we went to BM beach but must paid each person for 25.

Puerto is a very relaxing place. It's full of greenery and good places to eat in. I only saw 2-3 people smoking in my entire 4-day stay.

The one thing I dislike is the tricycle driver we rented, I paid him money but asked if he could pick me and my family up and take us to our hotel, unfortunately, he didn't come back. Oh well.

Nothing special to say. Just be sure that you already have plans to do when you go there as there's nothing much to see

Puerto Princesa is a rapidly growing city. Local government has big plans with a new airport etc. However the city needs a clean-up and makeover if they want to appeal to anyone, let alone the international traveller.

This city is just a breaking point for getting north to the beaches. World war monument and nice church are worth seeing.

As for the food there are couple of fast foods in downtown, which you won't find anywhere else on this island.

Must try restaurant: Badjao Seafood Restaurant. Rent a tricycle because its hard to find a tricycle at the resto.

They're willing to wait for 1.5 hour for only Php 200.00. The view from the restaurant is great. We didnt have much time to try PPS' day tour but we heard great things about it. Maybe next time.

I didn't actually stay in the City. There are a few nice pockets of areas worth a stroll, but all doable in a day's trip.

it's a tourist friendly place. Prices of food , accommodation , tour are not too expensive compare to other attraction in the Philippines.

Feeling safe with the area.

Nice place roads are pretty busy in town and around airport. Lots of stores around town and market place.

Lots to do in or very close to city Jeepney/trike ride away. Stay away from Eco Tours Park (the workers hit us up for a "service fee" after we rode their sorry tiny zip line, they also lied and told us when I asked if they were the only zip line around.) We found Irawan Park and Rancho Park zip lines right after and had a blast at both locations!

Most people were friendly, however, I found tourists get charged higher for trisikad rides. We were told by the police at the airport that trisikads should be charging no more than 10 pesos per person.

One of the locals told us, 8 pesos per person. The trisikads in front of the hotels and malls charge you 40 pesos.

In the last 10 years, Puerto Princesa has improved a lot in terms of buildings and infrastructure. All the stuff I need are there now, like good Italian coffee, great hotels, themed restos, and shopping malls.

The downside to it is the heavy traffic from too much pedicabs plying on most major roads. And, the place is now quite expensive.

We liked our stay Puerto Princesa, but we mainly liked the surrounding places to visit from our hotel.

You can see most of the city in one afternoon and the food is pretty average. If you stay here, just book day trips for each day and skip the city tour.

puerto princesa's people are the friendliest in the philippines. they are very courteous and helpful

If you are used to the big cities in the Philippines, this is not one of them. It's like going back in time a little bit.

The city is well accustomed to tourists but do not expect world class luxury in the city proper. Also religion is a bit more present here. Nice little town for a few days visit. Might get bored if I had to stay longer.

Nice and busy capital of Palawan were u can get everything u don't find other places in Palawan, like atm cash machines for instance.

On the island province of Palawan and within easy reach of Manila sits this beautiful coastal city. A popular vacation destination among locals and international tourists alike, Puerto Princesa is the capital of the Palawan province, and renowned for being very well-maintained. It’s popular among beach vacation-goers and rugged outdoors enthusiasts, as the city is home to many islands and nature reserves.

The city is served by Puerto Princesa Airport, which is right in the middle of the city and within easy access of many hotels in the area. Upon arriving in the city, the rest of the islands can be reached through island hopping tours.

Honda Bay is one of the more popular destinations for island-hopping as it’s a convenient jumping-off point for a full day of such an activity. There are many hotels in Honda Bay, and well-established tour groups that have operated for a long time. Many of the tour groups offer package deals based on the number of islands one plans to explore, and most of the hotels nearby can assist with planning these tours.

Puerto Princesa is very popular among local and international vacationers because of all the beaches and islands around it. Waterfront activities are often a favorite among vacationers, and Sabang beach is one of the most popular beaches not only because of the promise of fun in the sun, but because it provides access to the Underground River. This UNESCO World Heritage Site is an extremely popular attraction, offering guided boat tours of the caves around the subterranean river. It’s a unique and interesting activity that should not be missed while in Puerto Princesa.

There’s much more to see and learn about Puerto Princesa, and the interactive map on this page is a great way to find out where the attractions and hotels can be found in this exciting city.