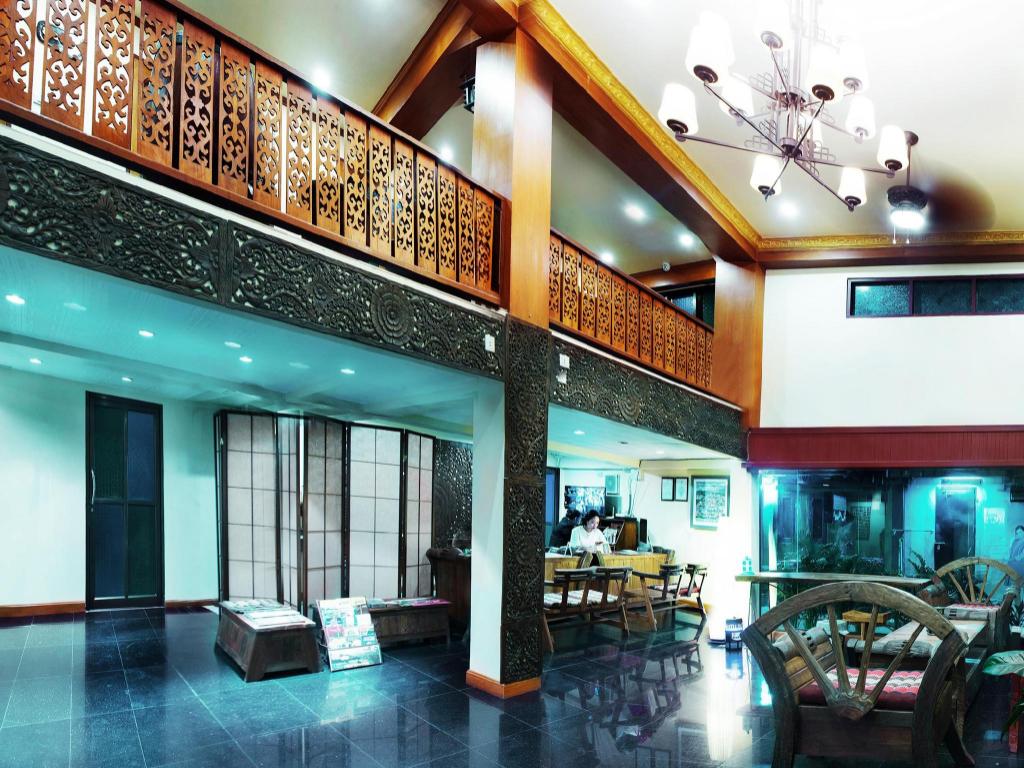 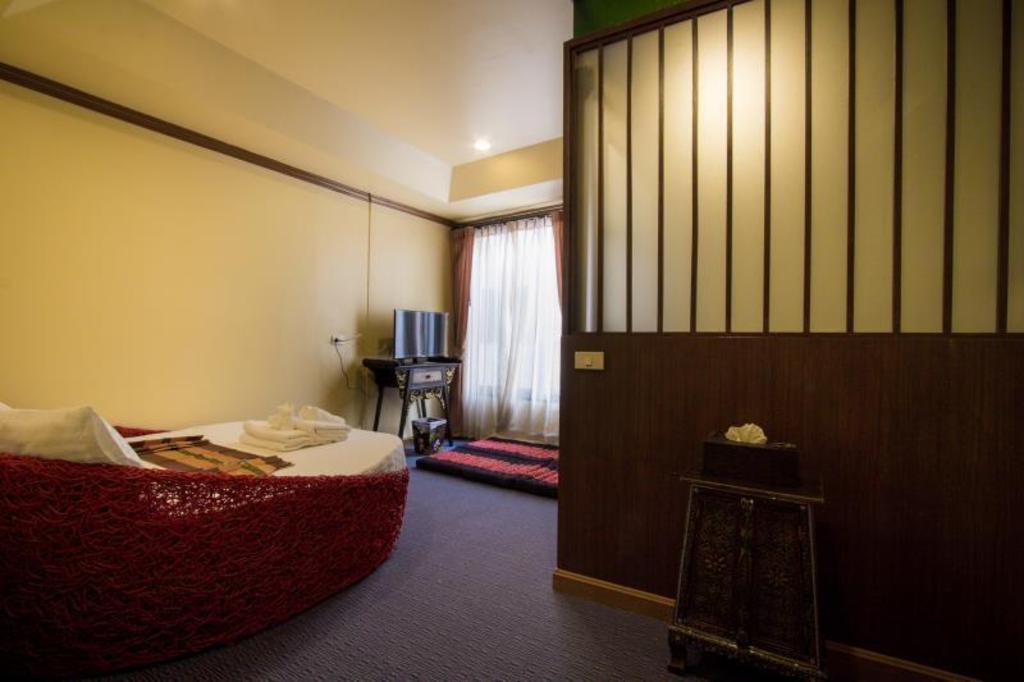 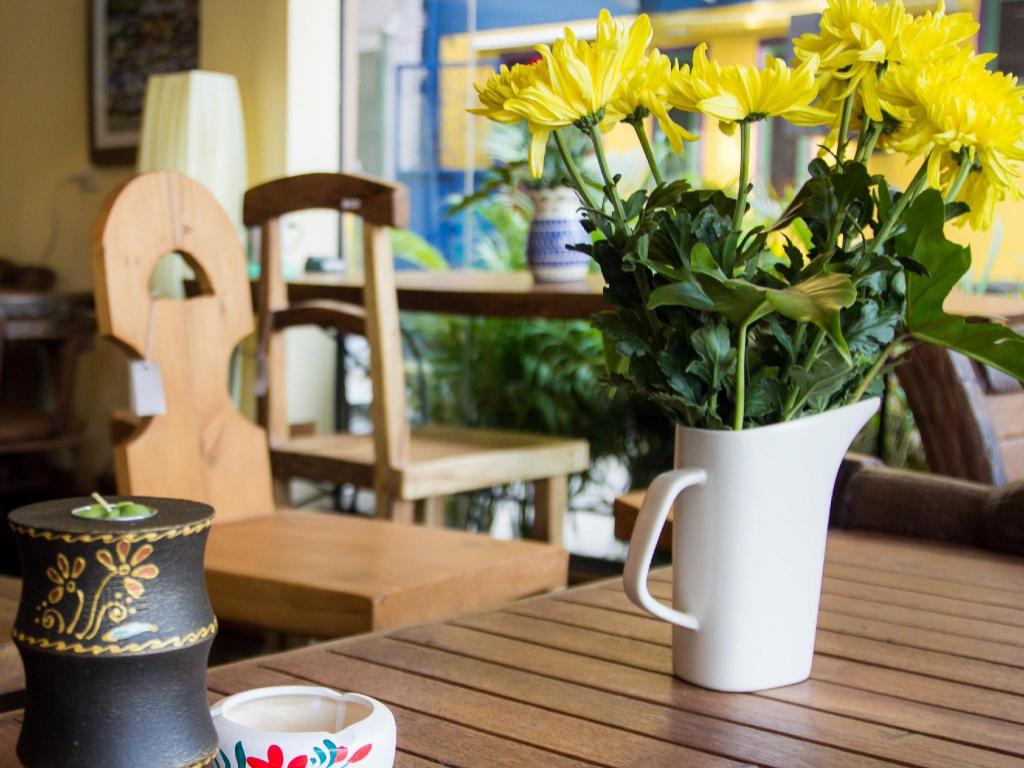 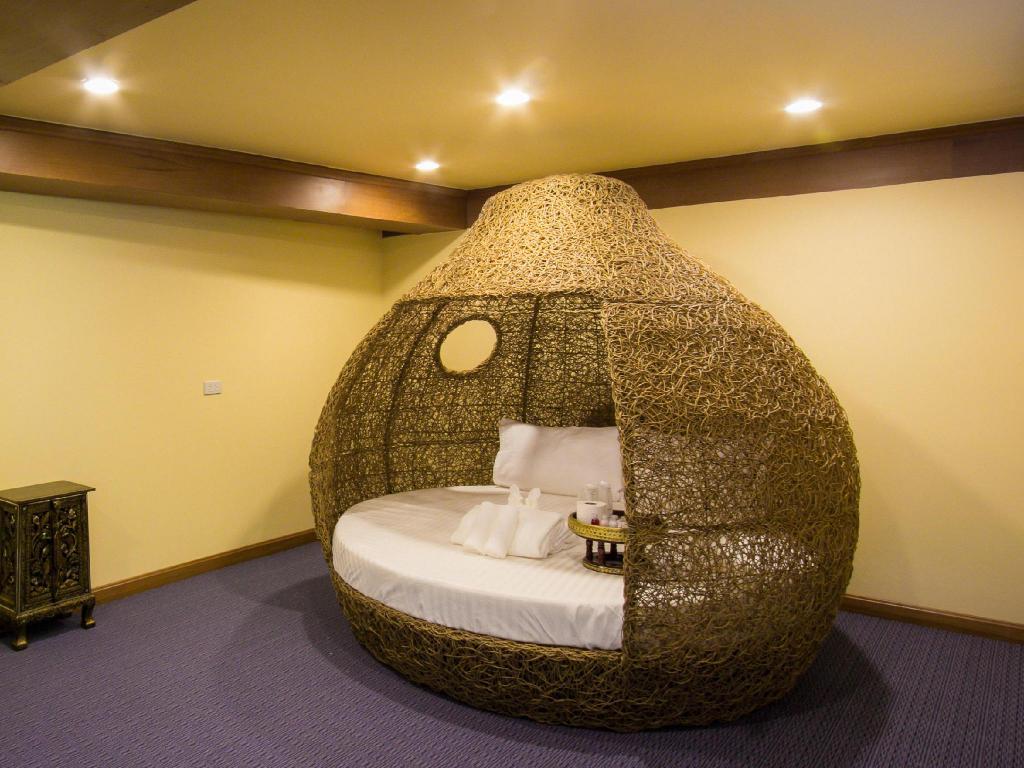 "This hotel is good and comfortable to stay in but the location is at the corner of the road." 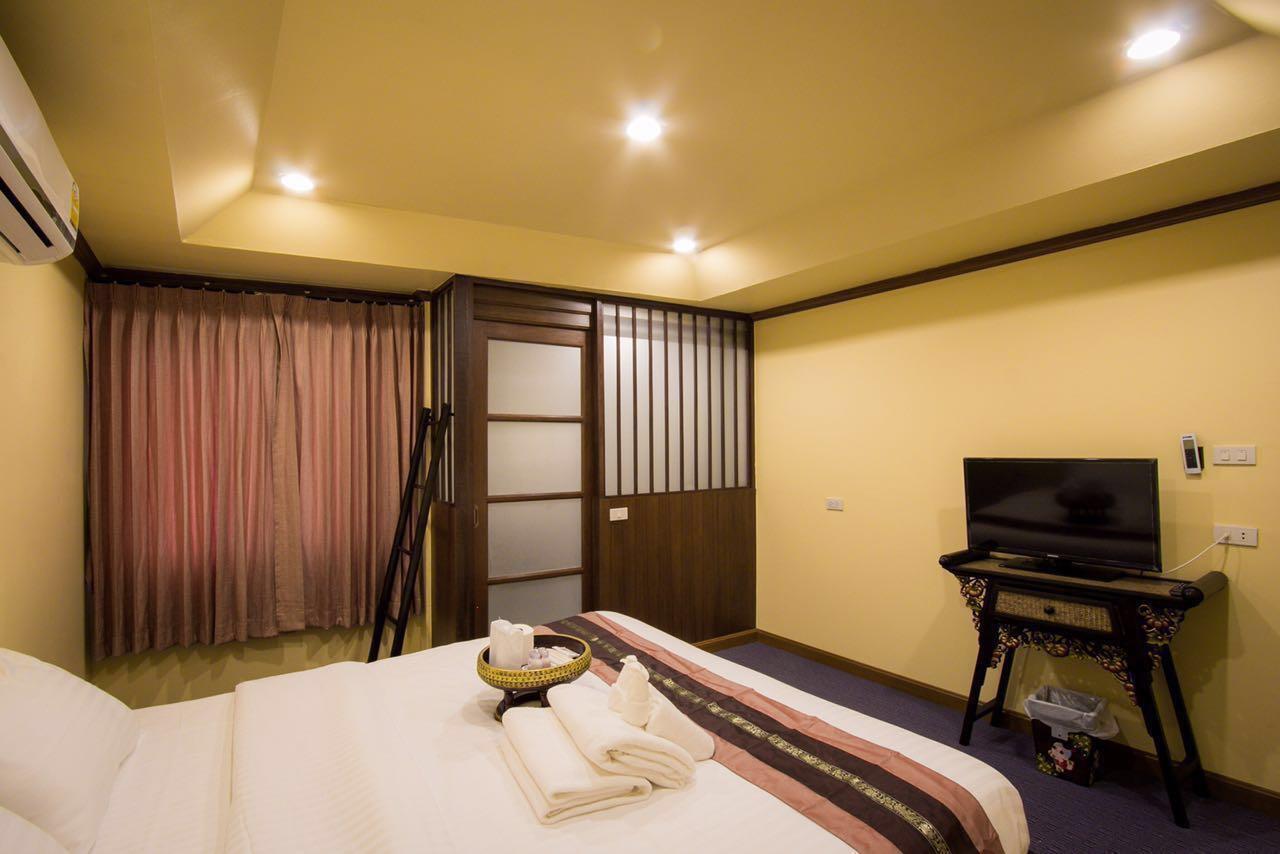 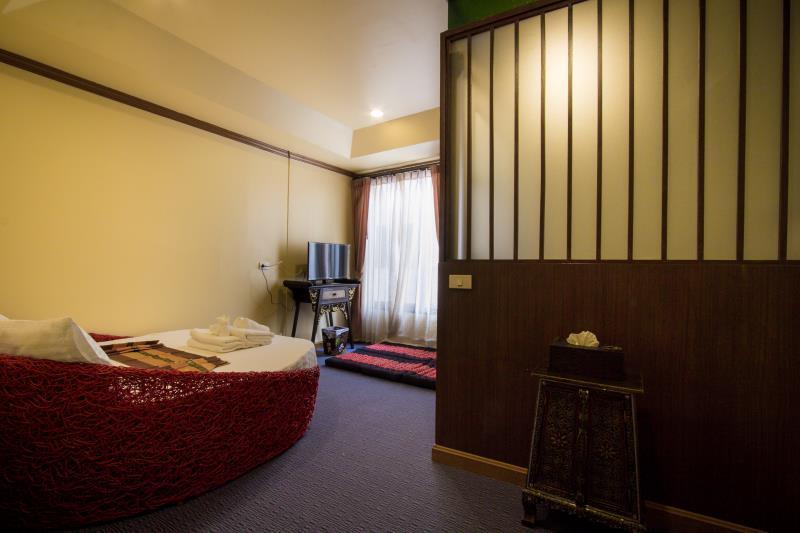 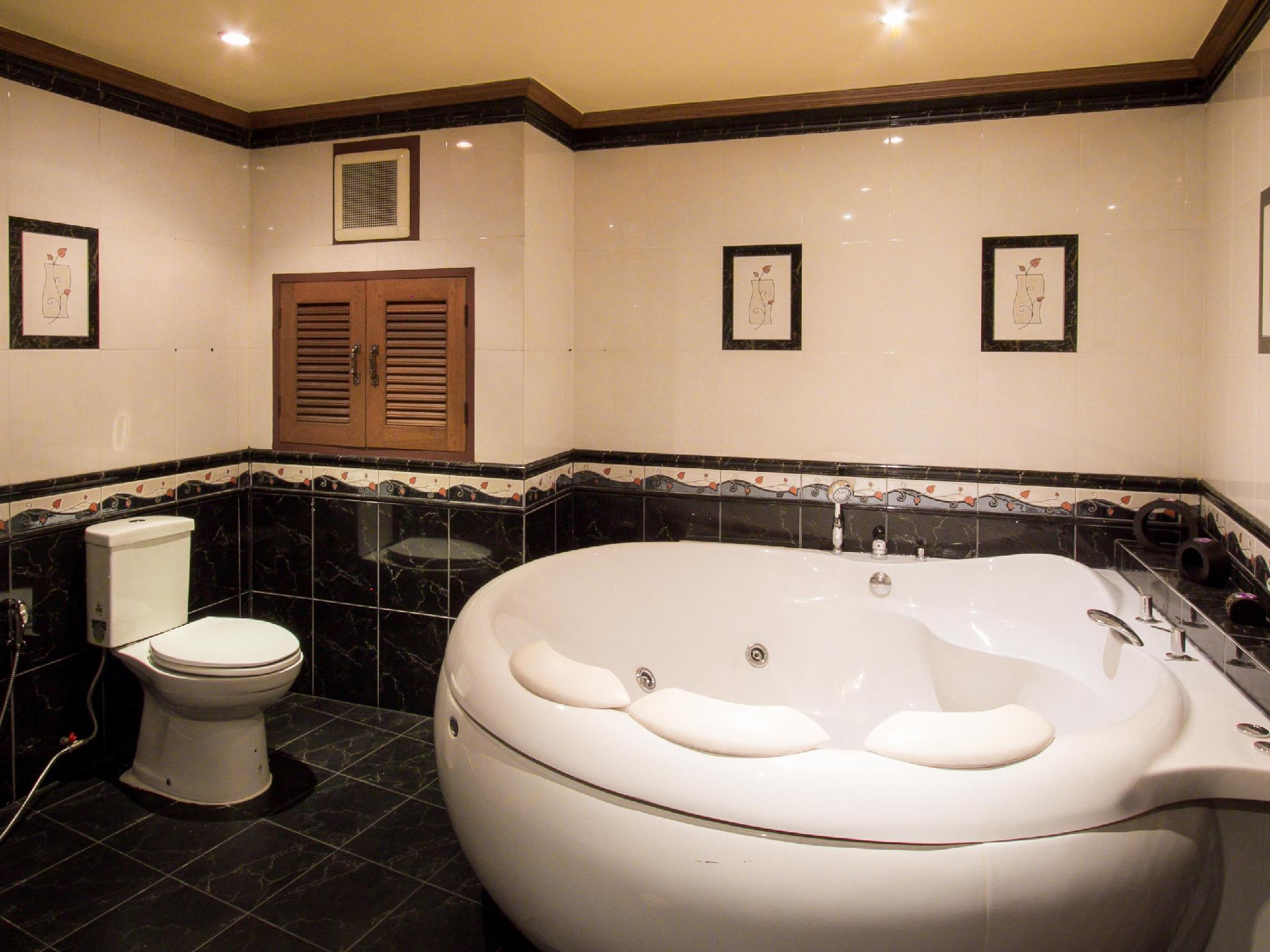 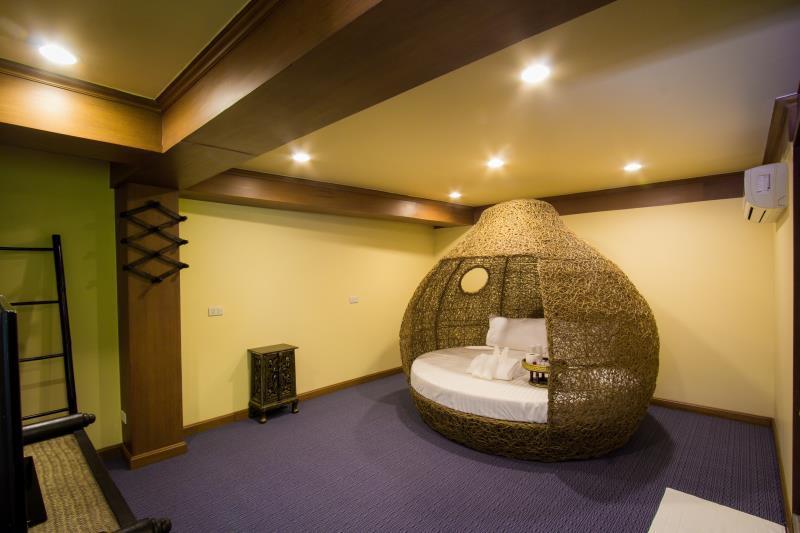 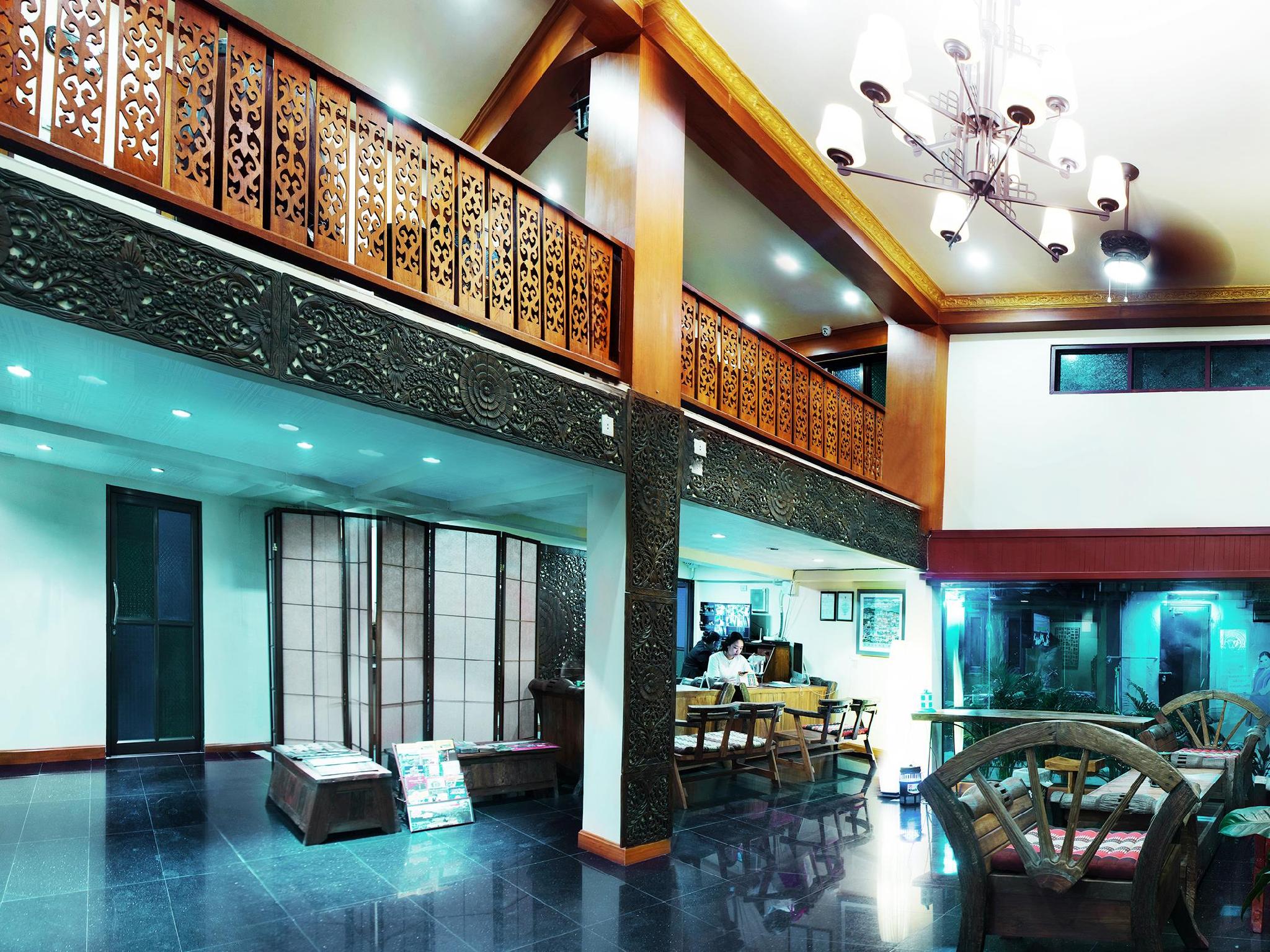 Room photos and details
Small Double Room
...
Recommendations based on your views:
7.8

Conveniently located in Chiang Mai, HolyFeather Hotel is a great base from which to explore this vibrant city. The excitement of the city center is only 0.4KM away. With its convenient location, the hotel offers easy access to the city's must-see destinations.

The hotel features 13 beautifully appointed guest rooms, many of which include television LCD/plasma screen, additional bathroom, additional toilet, carpeting, cleaning products. Besides, the hotel's host of recreational offerings ensures you have plenty to do during your stay. When you are looking for comfortable and convenient accommodations in Chiang Mai, make HolyFeather Hotel your home away from home. 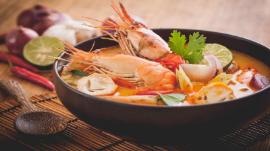 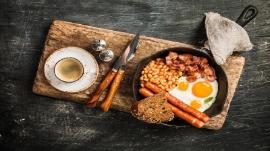 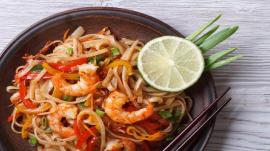 Cozy A at Nimman

Overall rating
6.8
Good
From 57 reviews
Provided by verified guests of

Trades under many different names ”

Very hard to find as goes by many names

Reviewed May 13, 2017
Did you find this review helpful?|
8.8
Excellent
Phillip from Australia
Solo traveler
Stayed 1 night in February 2017

Location is good being at the corner of the old city near the Thai pai gate. The room I stayed in had a Spa bath, Matress on floor(bed) toilet, shower and tv. There is. I mini bar, soaps etc which is just fine with me but bring some tissues and soap! With all said this room is a decent size and comfortable and I am paying $31 aud so it is by far the baser value hotel I have stayed in

Great location but not value to stay. I was book bath suite with a jacuzzi ,the bathroom was big but very dark ,feel awful. Shower gel and shampoo need to bought your self. the room was smelly ,can't sleep all night long.request to change room, they only have small room to us. They only have 2 staff,reception are house keeping too.

Poor service for the cost.”

Upon arriving, I waited 30 minutes for staff to arrive. I called several posted numbers requesting service, eventually a cleaner came from another floor and gave me a room. I had paid extra for a special style room, but it was not available. I was given a different special room with a jacuzzi, but the jacuzzi didn't work. :( The hotel felt clean and I slept well, but overall, not impressed.

No rooms when we arrived and a scam insued”

All though we had a confirmed reservation when we arrived there were no rooms. The people there spoke NO English at all. They called someone else on a phone and that person told us that they do not accept any reservations from a third party vendor such as AGODA. After over 2 hours of trying to get them to honor our reservations and them trying to get us to allow them to take us to an undisclosed location that they referred to as another "HOUSE" they had where they did have rooms at 3x's the cost and us being unable to reach any of the companies we booked these rooms with, we were left with having to find other arrangements on our own in a place none of us have ever been to before in Thailand which cost all of us a fortune since it was very last minute and during the lantern festival in Chiang Mai and everyone was packed. Not only would I never book this hotel again but we will never use these services again since we discovered that a confirmation of your reservation means absolutely nothing and you can find yourself in a foreign country, not speaking the language and no place to stay and the company tried to hit us for a "NO SHOW!" All of us. Disgusted and fed up

Reviewed November 18, 2016
Did you find this review helpful?|
4.0
Sarah from United States
Family with teens
Stayed 2 nights in July 2016

Pay a few extra dollars to stay somewhere else!”

We booked two nights here because we decided to stay an extra couple nights in Chiang Mai and our hotel was full, and chose this place because of the glowing reviews- the last review was from only a month ago, and I don't know WHAT happened within that month, but the place was ridiculous. It was cheap, and they have good water pressure and hot water, but that's about the only positive thing I can really say about the experience. The lobby and hallways were filthy and smelled like a zoo. It seemed like the kids who were working there were living in the lobby, and it was super messy and dirty. They had a very cute puppy living in the lobby, but judging from the smell, it must have peed everywhere and the smell was impossible to get away from, even in the rooms (which had no ventilation and were VERY damp and mildewy). They also fed it fried chicken, which they just threw on the lobby floor for it...I kid you not, the lobby floor was literally littered with pieces of KFC. The puppy was also tied up outside with no water which was disturbing and we had to ask them to give it water. Aside from the poor animal ownership, the service was nonexistent. There was almost never anyone at the front desk, and they were out of shampoo and soap, and told us they were out of towels. The supply closet was open, and we went hunting for the things we needed and did end up finding towels, so that was nice. There was no breakfast or coffee at all, and the rooms don't have a fridge or kettle, and our lamps didn't have bulbs in them. The rooms were sort of clean, but there were numerous mosquitoes squished everywhere on the walls, bloodstains included :/ The furniture was cute, and made it look nice, but didn't make up for everything that the place was lacking. The hotel we had been staying at before was only $2 more per night, was very clean, and had everything that you could need, including a pool and huge breakfast. Seriously, spend the extra few bucks if you can and stay somewhere

price location and room is very good.will go there again

This hotel is good and comfortable to stay in but the location is at the corner of the road. It is away from the bar and nightlifes area so you will has good sleep. The room is very clean and newly renovated. They provided free drinking waters and coffee at the lobby. However there was someone who stayed next door kept on making noises at midnight by opened and closed door loudly with no senses. They did not seen to sleep the whole night and left in the morning. Everyday only I stay and have the breakfast. So there are so many empty rooms around then why the owner gave that guy stayed near to me. The hotel has the gym facility but nobody seen to use it.

Reviewed May 22, 2016
Did you find this review helpful?|
9.0
Exceptional
Jaimee from New Zealand
Couple
Stayed 2 nights in March 2016

We got moved to another guesthouse for our 1st night but got to stay at the Wyp Hotel for our 2nd and 3rd night. Everything was great, we really enjoyed our stay, rooms were nice and big and clean. The only thing we missed was not having a little fridge. Overall we would highly recommend!

Wpy hotel was great - friendly staff, super clean, free coffee and water. My only tip would be to bring earplugs if you're staying in the front rooms since the car noise level can be high. Other than that it really nice!

Reviewed November 14, 2016
Did you find this review helpful?|
2.8
Florian from Germany
Couple
Stayed 2 nights in September 2016

Reviewed April 21, 2016
Did you find this review helpful?|
3.6
Christine from Thailand
Couple
Stayed 3 nights in September 2016 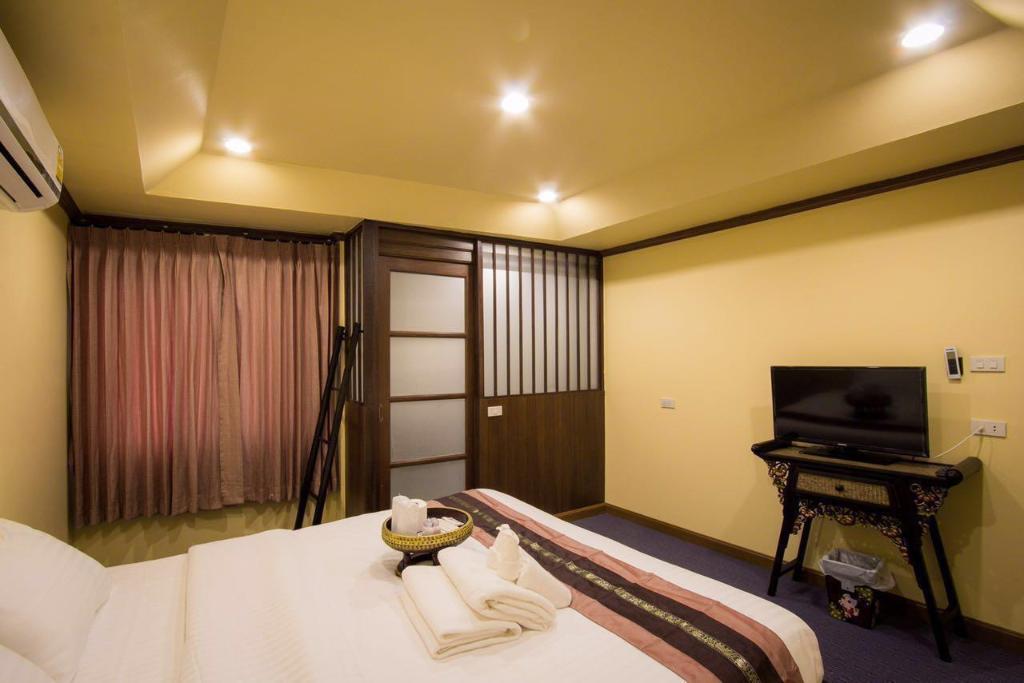