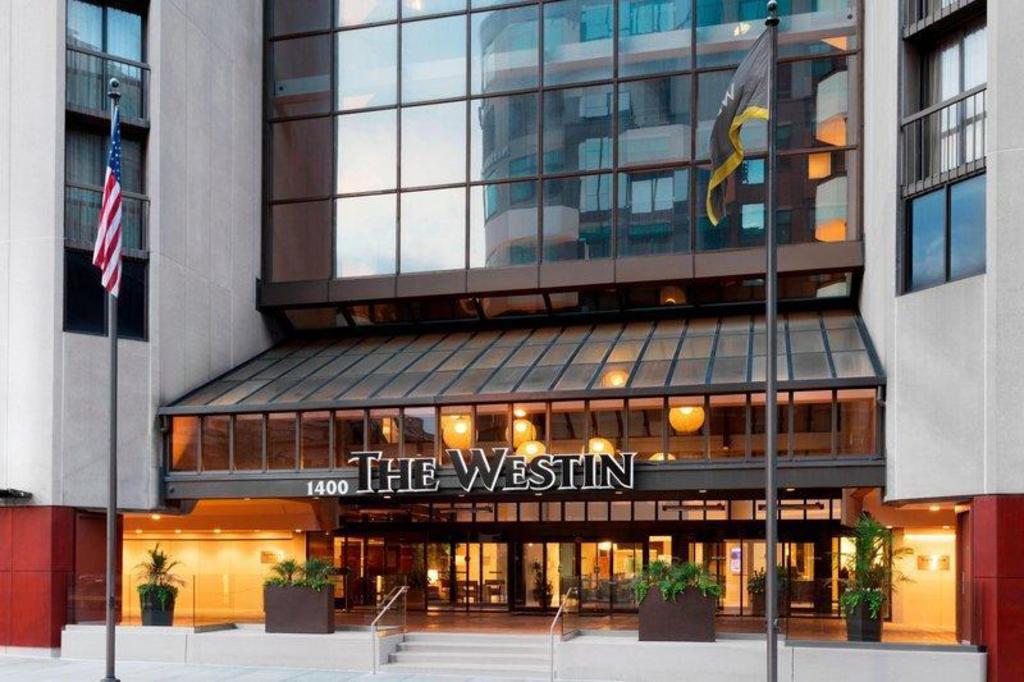 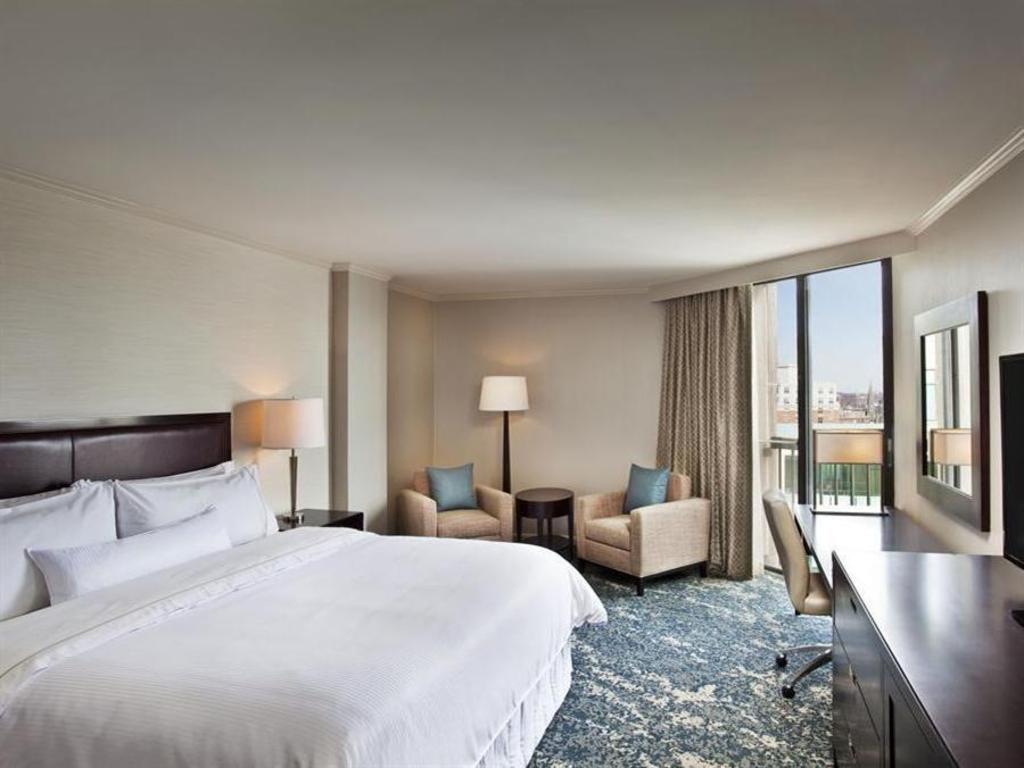 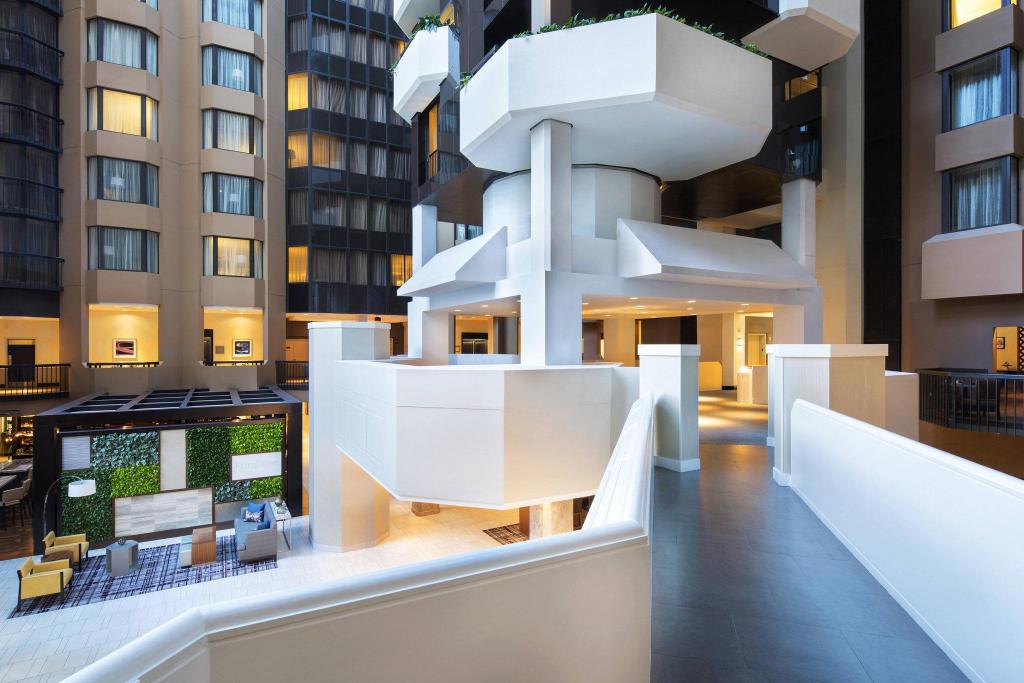 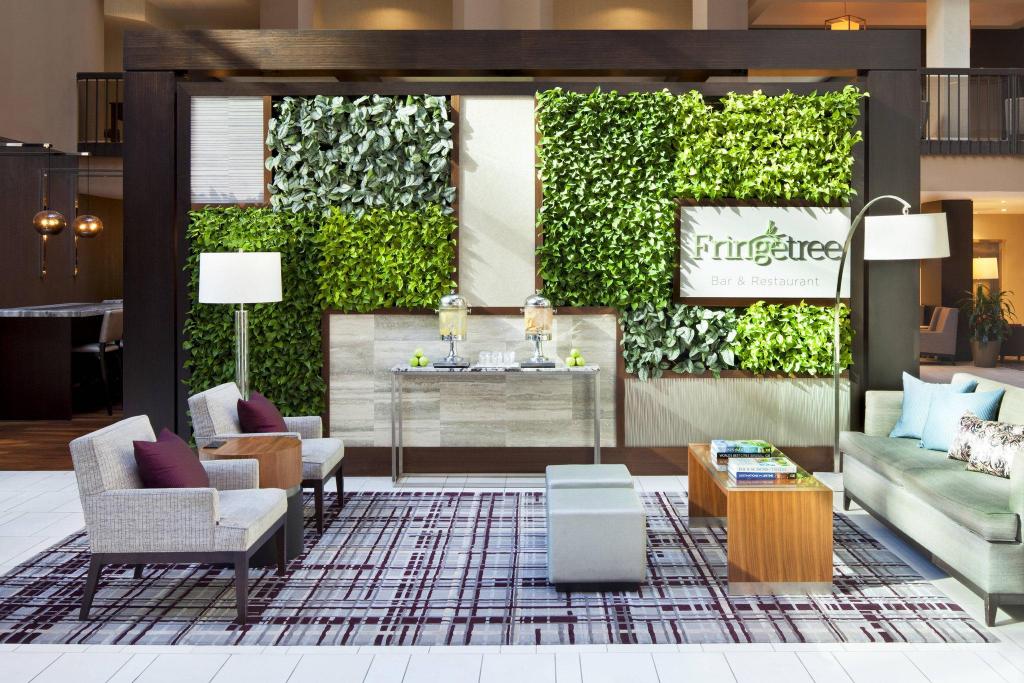 Your dates are popular among travelersUsers are booking a place in Washington D.C. every 4 minutes on Agoda.com

What time is check-in and check-out at The Westin Washington, DC City Center?

How do I get to The Westin Washington, DC City Center?

For those who wish to drive their own cars, The Westin Washington, DC City Center has a car park on site, as well as additional parking nearby if the first car park is full. Parking is available for an additional charge. Parking options include a full-service valet for total ease. If you're looking for an easy way to get around Washington D.C. with private transportation, the hotel can arrange car rental for you.

Is breakfast offered at The Westin Washington, DC City Center?

Adults can enjoy breakfast offered with an additional charge of 26 USD if not included in the room rate. You may save on breakfast costs with Agoda by booking a room with breakfast, which is often included for less than buying it at the hotel.

What is the smoking policy at The Westin Washington, DC City Center?

The Westin Washington, DC City Center does not permit smoking in any of its rooms, but allows smoking in designated areas.

Well-positioned in Washington D.C. Downtown, The Westin Washington DC City Center is the ideal point of departure for your excursions in Washington D.C.. From here, guests can enjoy easy access to all that the lively city has to offer. For sightseeing options and local attractions, one need not look far as the hotel enjoys close proximity to Munfordville Battlefield, National City Christian Church, Metropolitan AME Church.

Take advantage of a wealth of unrivaled services and amenities at this Washington D.C. hotel. Top features of the hotel include 24-hour front desk, facilities for disabled guests, express check-in/check-out, luggage storage, Wi-Fi in public areas.

The Westin Washington DC City Center is home to 406 bedrooms. All are tastefully furnished and many even provide such comforts as television LCD/plasma screen, air conditioning, heating, desk, mini bar. Besides, the hotel's host of recreational offerings ensures you have plenty to do during your stay. The Westin Washington DC City Center is a smart choice for travelers to Washington D.C., offering a relaxed and hassle-free stay every time.

Upon early departure, an Early Departure Charge of one night(s) room and tax applies.
Show less
Compare to other recommended properties

Don't miss out!Users are booking a place in Washington D.C. every 4 minutes on Agoda.com
All guests (56)
All room types
All languages

The staff at the Westin DC City Center went far and above to meet all of our needs! The Place was clean as a pin and followed Covid guidelines perfectly! It will be Our go to place in DC from now on!

First time staying with the Westin, I’ll have to say I’m beyond satisfied. Would be happier if they provide more toiletries in room rather than having us to call room service. One small thing, the gym smells bad.

Did you find this review helpful?|
6.4
Good
Guoying from China
Couple
Stayed 4 nights in February 2018

Staff made wrong room number to deliver room service at midnight to our room waking us up from a tiring day. There was messy finished food tray lay out of another room on the corridor for almost a whole day without being cleared away. Receptionists at check-out weren't friendly.

Location is super! Plenty of cool restaurants and bars around. There is also a bike sharing station right outside of the hotel, very convenient to get around. Not very close to metro though. Within Walking distance to the White House and those sightseeing spots.

1 traveler found this review helpful. Did you?|
6.8
Good
Linda from Singapore
Family with teens
Stayed 4 nights in July 2018

Did you find this review helpful?|
8.0
Excellent
PL from Singapore
Group
Stayed 1 night in February 2018

Location is ok, walking distance to White House and not too far away from subway.

Did you find this review helpful?|
10.0
Exceptional
Sofia from United States
Family with teens
Stayed 2 nights in January 2018

Did you find this review helpful?|
8.4
Excellent
Swarna from Indonesia
Family with young children
Stayed 2 nights in July 2017

We arrived at 1am in the morning and the hotel staff was very welcoming. The vallet parking attendant was super duper friendly. We liked him very much but we don't get to see him on the next few days we stayed there. The receptionist was very very helpful too. There was no bell-boy around at 1am. I don't know if you consider this 5 star hotel to have no 24 hours bell boy. So the receptionist helped us sent the luggages to the room. Room was nice. Safety deposit box was not working but they quickly put an action to replace a new one. The hotel charged $59 for overnight parking (even for the guests), I personally think this is too expansive.

Did you find this review helpful?|
6.8
Good
Yi from Malaysia
Couple
Stayed 3 nights in November 2016

The rooms and amenities are good, with comfortable beds and quiet surroundings. We did a check-in late at night, hence we had little options for rooms. Most staff were courteous and polite. Had a quicker time checking-out than in. Room service ends at 10.30pm, so you're on your own past that, but there're convenience stores nearby if you need to get something. More suitable as a business hotel.

Did you find this review helpful?|
8.3
Excellent
Richard from United Kingdom
Family with teens
Stayed 2 nights in May 2015

Very nice property and the staff stood out, very friendly and helpful. The rooms were spacious and comfortable, food decent but overpriced.

1 traveler found this review helpful. Did you?|
8.3
Excellent
Richard from United Kingdom
Family with teens
Stayed 2 nights in May 2015

Visite in a big group for graduation weekend and had an enjoyable, relaxing time. Staff were very good.

Bathroom is not clean and I found a rag on the toilet. I request to clean all... or change the room but the staff is not kind and very slow. Someone came to the room after 40 mins and clean it. The bed is good but the room is very noisy. Even I can hear the sound from the aisle & next room. Food is ok.

Did you find this review helpful?|
6.3
Good
JINYU from China
Business traveler
Stayed 1 night in January 2015

Did you find this review helpful?|
6.0
JINYU from China
Business traveler
Stayed 1 night in January 2015

I couldn't ask for better value for the price. Fast check in, beautiful lobby, and very spacious and clean room, with a "Heavenly Bed". Dining and drinks in the lobby bar were very nice. The location is walking distance to White House and the rest of the National Mall, as well as several subway lines.

1 traveler found this review helpful. Did you?|
8.3
Excellent
JANE from United States
Family with teens
Stayed 1 night in July 2014

The hotel is close to parks, government buildings and landmarks

At first, I thought the hotel rate is expensive but when I double checked, I found a very affordable price-for two double bed. It looked brand new and it is clean. I like it because it is in a quiet area but walking distance to landmarks/government offices such as The White House, Washington Monument and parks.

1 traveler found this review helpful. Did you?|
8.0
Excellent
Kendra from United States
Couple
Stayed 3 nights in May 2014

The Westin City Center is in a perfect location if you like to walk. Only a mile from the Washington Monument, we were able to easily get to the mall and museums. Furthermore, it is right on the edge of a wonderful 14th street dining scene. It had access to the sites by day and a nightlife in the evening. The room was small but comfortable; the bed was incredibly soft, and there was a rain shower. All in all, we thought it was great value compared to other hotels in the area.

I was there for one night in between destinations.”

The staff, the deal with borrowing New Balance clothes, the last minute price.

The staff was very friendly and helpful. I was up at 4:30am because of jetlag and despite it being such an odd hour, the desk clerk and someone from housekeeping arranged for me to get clothes and shoes for the gym (through the deal they have with New Balance). Very cool.

1 traveler found this review helpful. Did you?|
8.7
Excellent
Jessica from Indonesia
Family with teens
Stayed 1 night in May 2013

1 traveler found this review helpful. Did you?|
12
This is a popular property. Don't miss out! 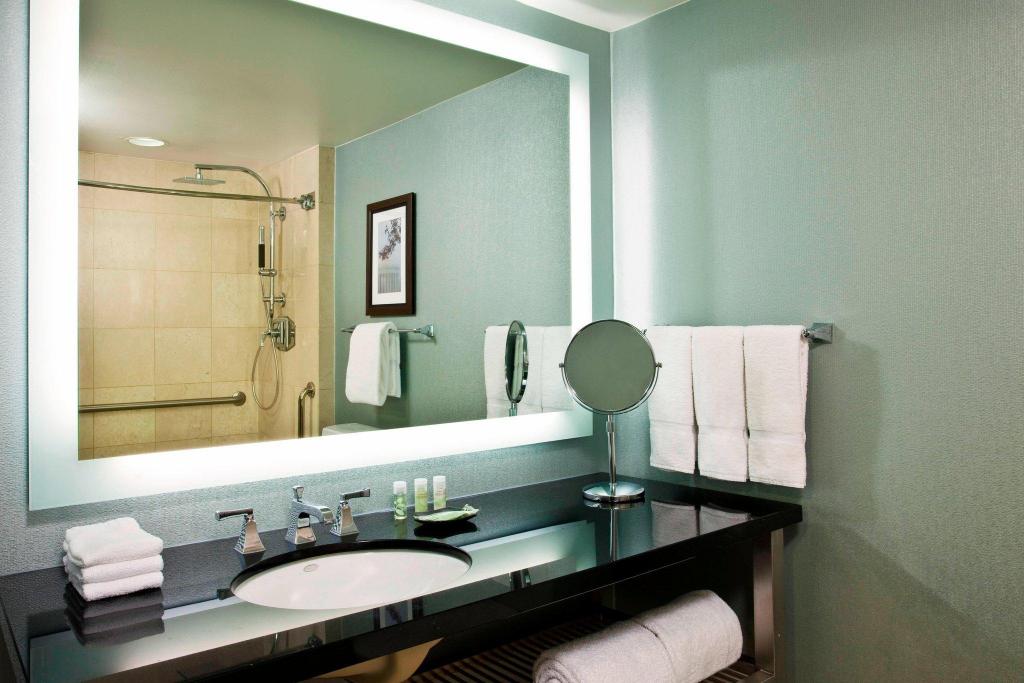