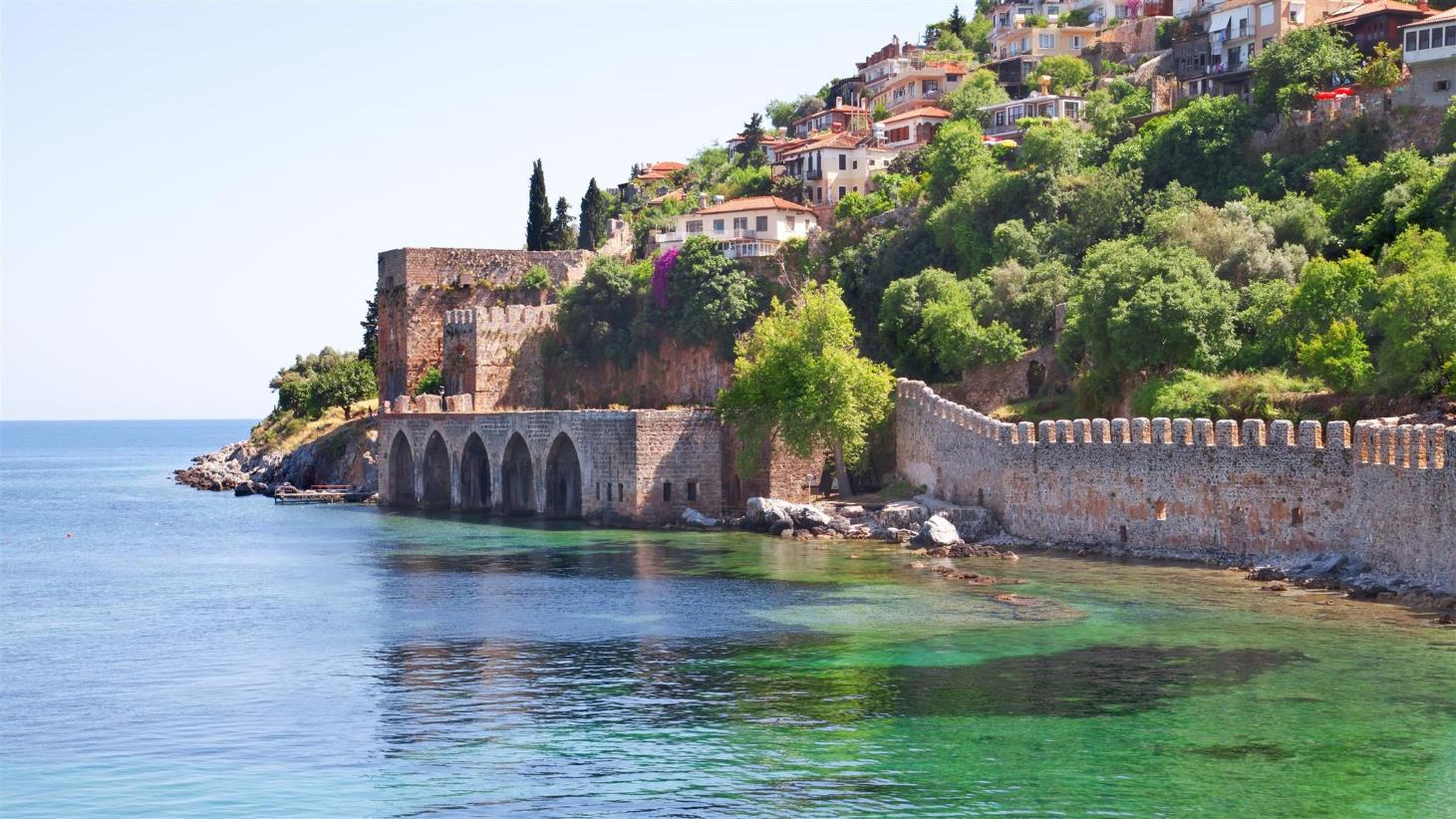 Spectacular old-world architecture, fine beaches and a robust after-hours scene have transformed Alanya into the preeminent Mediterranean resort. It’s a magnet for sun-loving tourists from Scandinavia and Germany, who come to capitalize on the exclusive amenities offered by local resorts.

Alanya’s historic quarter tumbles down a series of cliffs and hillsides until it joins a stretch of prime Mediterranean waterfront. Rising above it all is Kaleiçi, Alanya’s restored historic quarter paved with cobblestones and bursting with Greek and Turkish houses. Many of these old homes have been converted into quaint Alanya hotels, and the lack of internationally branded high-rises contributes to the old-world atmosphere.

Alanya is strung with spectacular historic attractions, some dating back to the earliest days of the Byzantine Empire. The Citadel is the chief attraction. It dominates a peninsula and is walled in by the Mediterranean on three sides. Some of the neighborhoods in Alanya are quite ancient – namely Perge and Aspendos, which have thousands of years of history between them and can be visited in a single foray. Tourists can also take a visit to the spectacular Antalya Museum, with its thorough collection of Roman, Byzantine and Ottoman relics.

The best resorts in Alanya follow the coast to the east and continue on for about 20 kilometers. These include four- and five-star options backed by the Toros Mountains and they offer some of Alanya’s most elegant dining and entertainment facilities. This is where Alanya’s nightlife is most enthralling, though there’s just as much heady entertainment to enjoy around Kaleiçi.

The nearest major airport is in Antalya, and it takes about two hours to connect by bus. Coastal resorts typically operate a shuttle to the city center, where it’s easy to get around on foot.