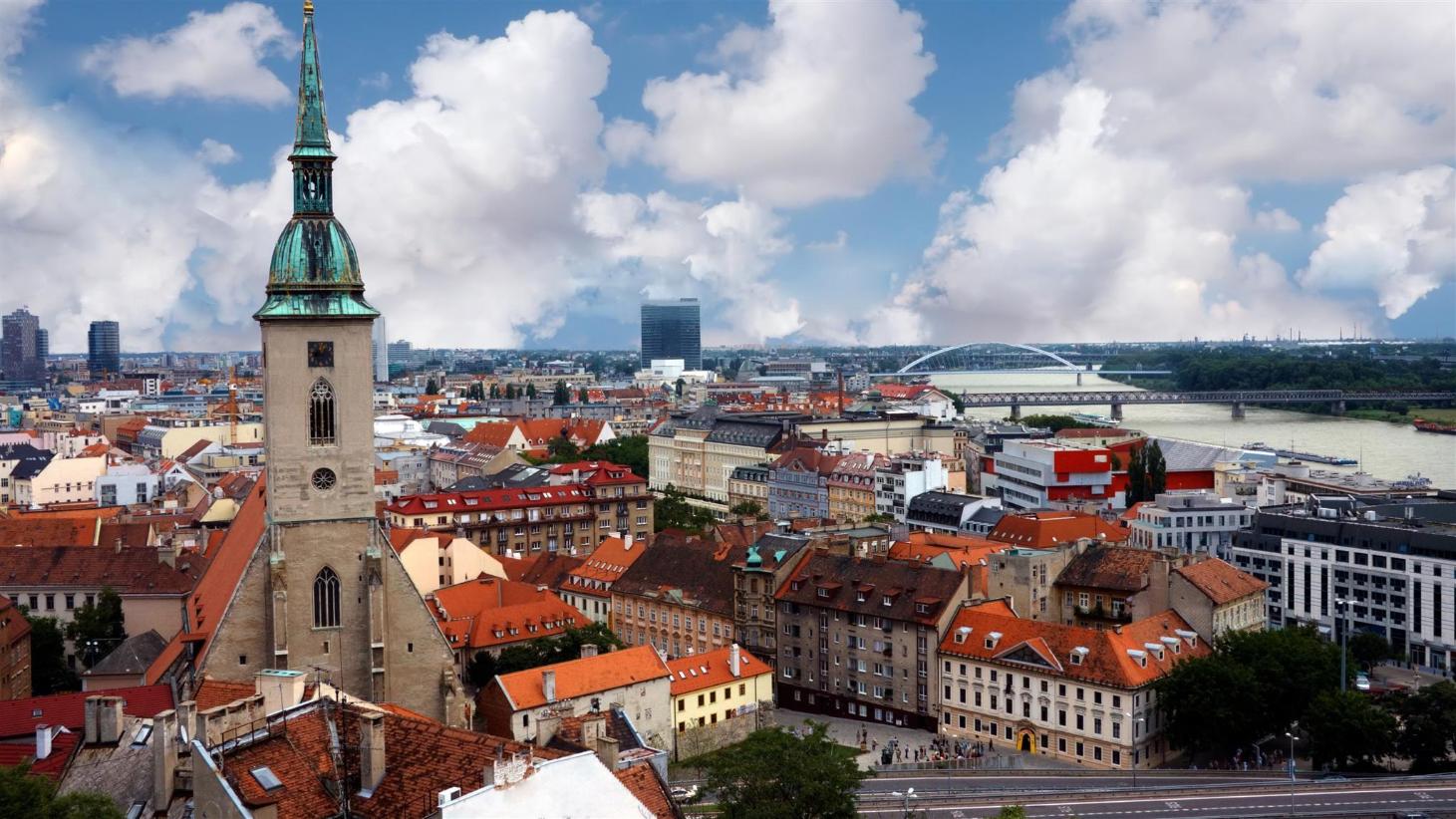 The capital city of Slovakia, Bratislava is a picturesque city full of ancient architecture and stunning views of the Danube River. The city is the cultural and economic center of Slovakia, and has been a home for many European cultures, including Germany and Hungary.

The city is served by Bratislava Airport, a major transportation hub for most European cities.

The Bratislava Castle is a beautiful, ancient structure that not only offers an impressive perspective into the history and culture of this country, but sweeping views of the city and the river from its viewpoint. As the city is a relatively compact and pedestrian-friendly place, it’s easy to see some of the important landmarks of Old Bratislava, and this castle is certainly number one on the list. Dating back to the 12th century as the church of coronation for many Hungarian kings, St Martin’s Cathedral is a beautiful reminder of this city’s long history.

There’s a lot more to see and do in Bratislava, and the best way to discover what else this city has to offer in terms of attractions, landmarks, and hotels is by exploring the interactive map on this page.