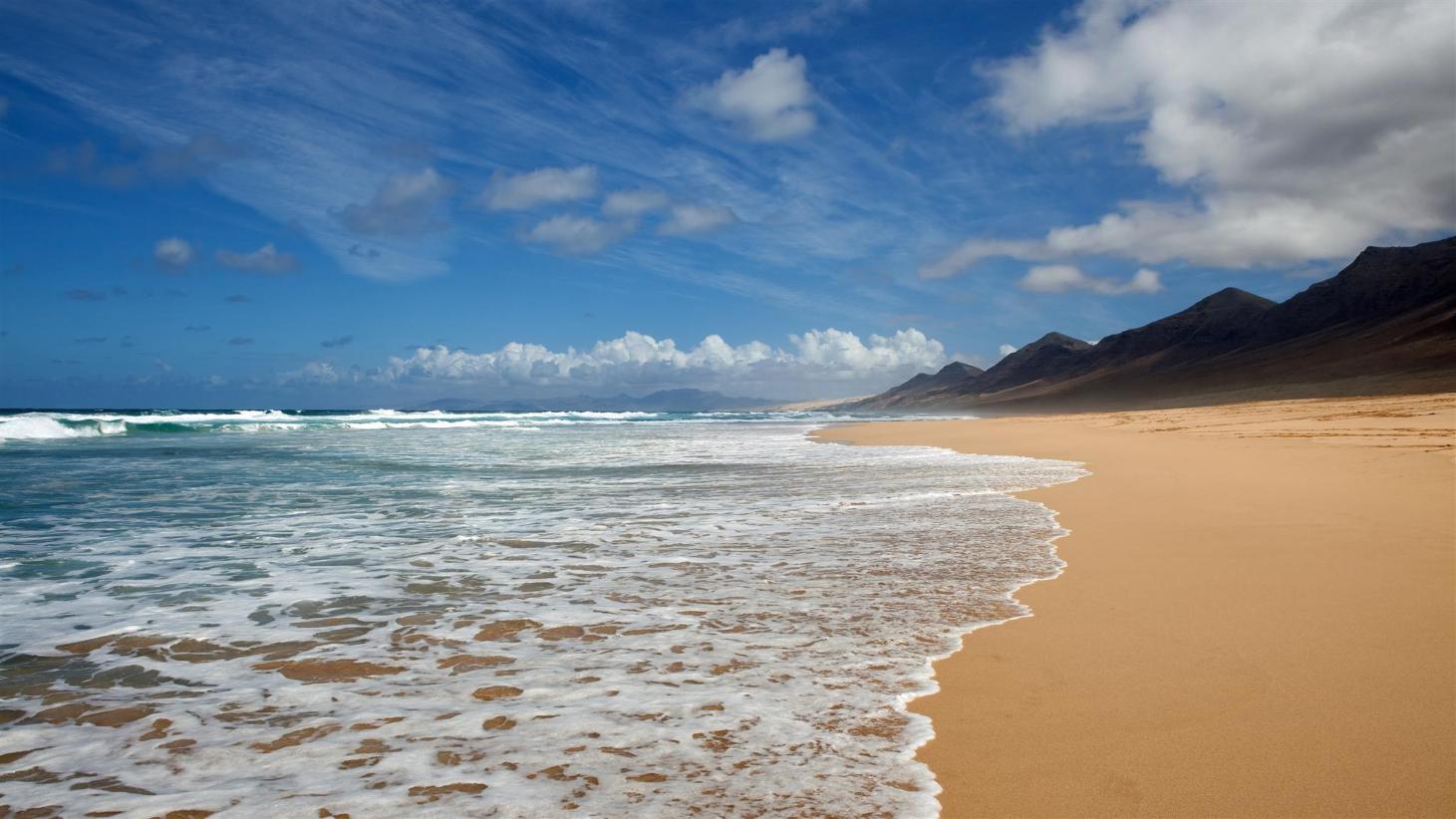 Fuerteventura is one of Spain's Canary Islands and its beautiful beaches have been attracting visitors for centuries. Lying just off the coast of Africa, it is served by Fuerteventura Airport in El Mattoral, five kilometers from Puerto del Rosario, the island's capital. The Canary Islands are famous for their beautiful beaches and volcanic terrain, with Playas de Jandia and Costa Calma two of the more popular stretches of Fuerteventura's coastline.

Due to winter swells, Fuerteventura has a loyal following of surfers and surf camps that come to capitalize on its powerful waves and largely undiscovered beaches. Surf camps can be found all around the island, with a beach to suit every level of surfer. Aside from surfing, the coastline offers diving, snorkeling and sports that make the most of the island's strong winds – sailing, windsurfing and kite-boarding included. The Canaries also offer plenty for divers – the water is quite warm and the sea life abundant, with plenty of dive sites including wrecks and caves right around Fuerteventura's coast.

Fuerteventura's capital, Puerto del Rosario, is also worth a visit. This relaxed port town sees many tourists arrive by cruise ship and offers a great range of shopping and dining, with a handful of its own beaches.

For more information on hotels and landmarks in the different areas of Fuerteventura, click on the interactive Fuerteventura map on the left-hand side of the page.