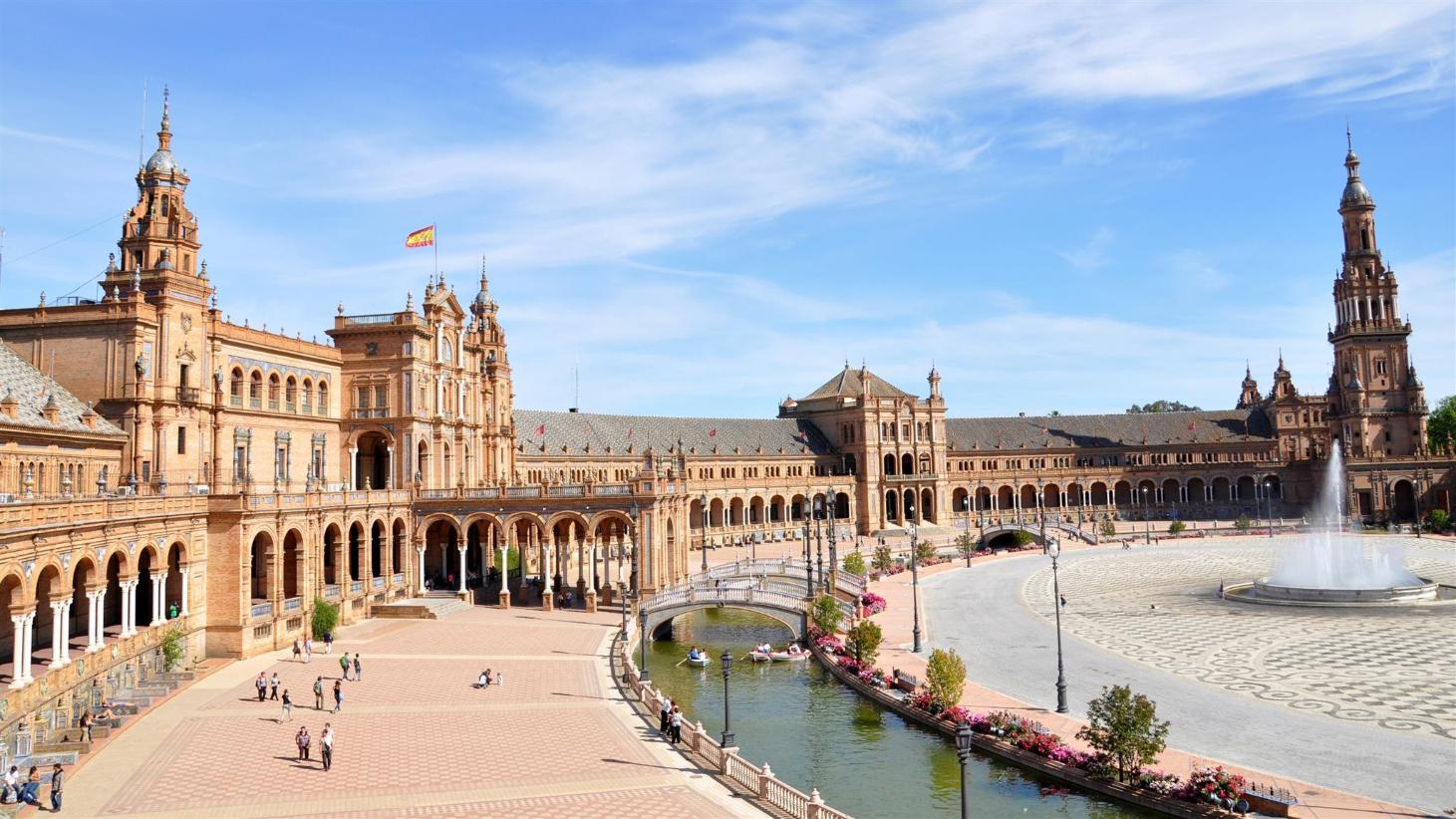 Seville is undoubtedly one of the most visited cities in Spain. This Andalusian capital, which features an exciting mix of Gothic and Moorish architecture is a favorite among visitors to Spain, and it’s easy to understand why. The city is served by Seville Airport, a busy international hub that connects Seville to other major cities in Europe and the rest of the world.

The quiet and beautiful Guadalquivir divides the city in half, with some of the most luxurious hotels in Seville being located on the Triano side, on the banks of the river. The winding cobblestone alleyways of the old city center lead travelers to much of Seville’s stunning architecture. The Cathedral of Seville, and the breathtaking, elaborately decorated Moorish fort and royal residence known as Alcazar Palace are among the most impressive landmarks of the city.

Seville is a city for art and history enthusiasts. The Museum of Fine Arts is considered to be one of the premier galleries in the country, featuring a collection of paintings from Seville’s Golden Age. After a day of exploring Seville’s galleries and museums, take part in the city’s other favorite pastime – bar hopping. The city is home to more bars per capita than any other in Europe, so the choices are almost endless.

For the ultimate Spanish experience, head to the Plaza de Toros de la Real Maestranza, where they hold bull fights on a regular basis. Seville is where bull fighting first started, and locals are very proud of this tradition.

There’s a lot more to see and do in Seville, and the best way to discover what else this city has to offer in terms of attractions, landmarks, and hotels is by exploring the interactive map on this page.