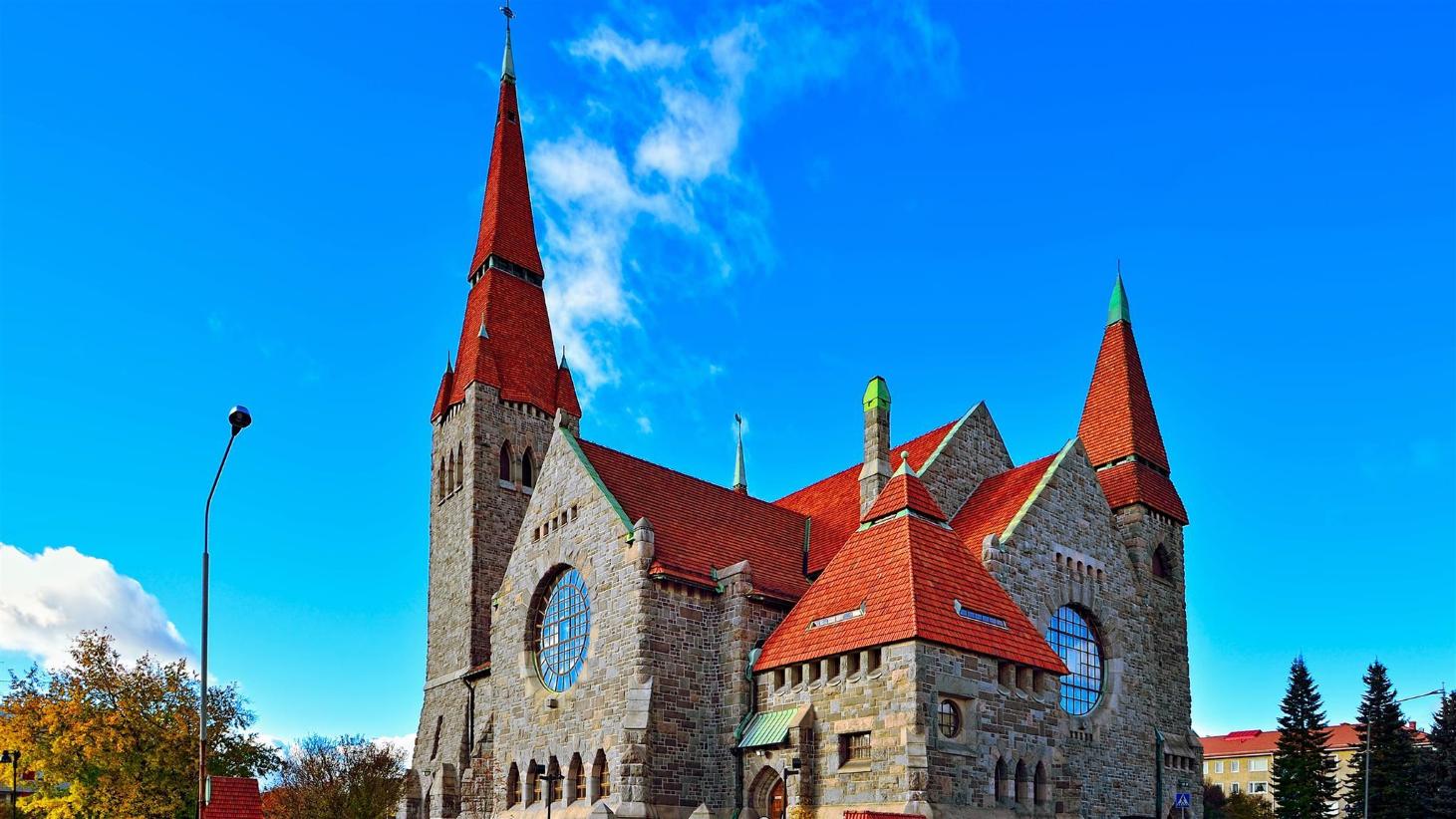 Tampere’s industrial success in the 1800s paved the way for the modern, sophisticated scene visitors enjoy today. It’s a city cast between two lakes, with a river cutting through its center. The city’s museums, restaurants, and upmarket night scene leave tourists with plenty of motivation to book several nights in accommodation near Tampere.

One of the city’s most defining landmarks is the early 20th-century Tampere Cathedral. Its architecture hints at older Gothic styles, but the real attraction is inside. One of Finland’s best-loved frescoes, The Wounded Angel, adorns the interior along with other murals and paintings by Hugo Simberg.

Tampere hosts the world’s first outdoor theater, Pyynikki Nakotorni, and performances regularly sell out from June until August. The plays are in Finnish, but knowing the language isn't a prerequisite for enjoying the shows.

The city’s main shops and restaurants follow Hameenkatu – or the Main Street – which runs east-to-west through the center of town and approaches the railway station, where there are several hotels in Tampere. There are also a few hotels in the Pispala workers’ district, a hilltop area with fine views located two kilometers north of the city center.

Tampere Airport is nearly 20 kilometers outside of town, with on-site accommodation catering for through-travelers. Trains to Helsinki take from 90 minutes to two hours to make the journey.