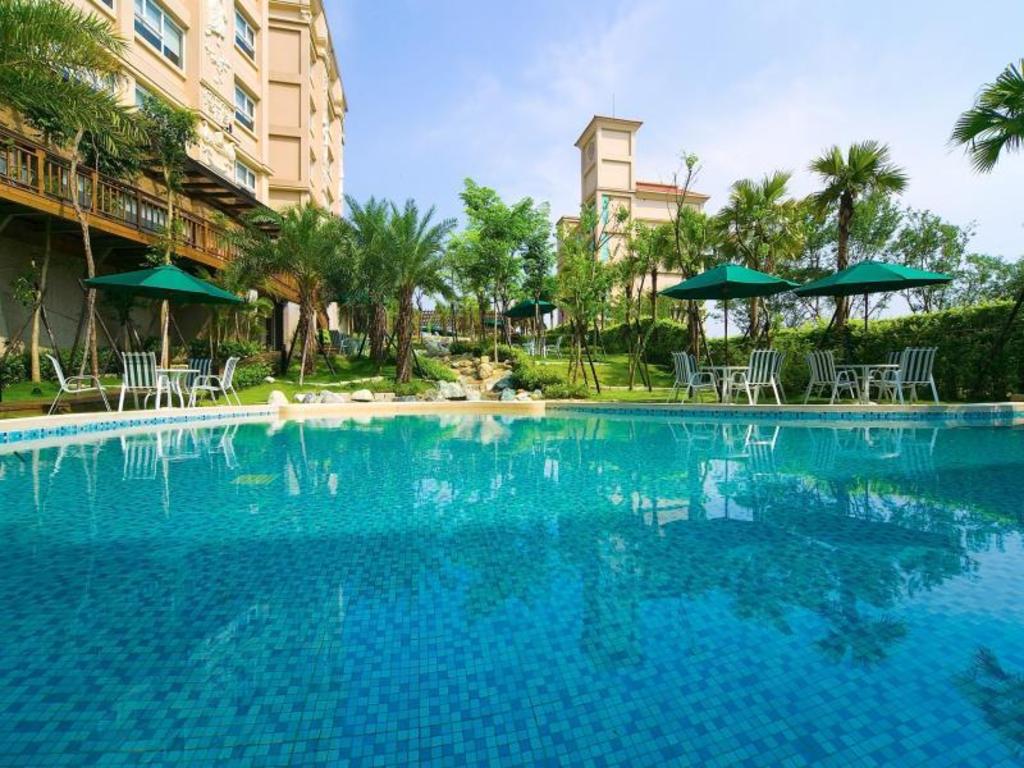 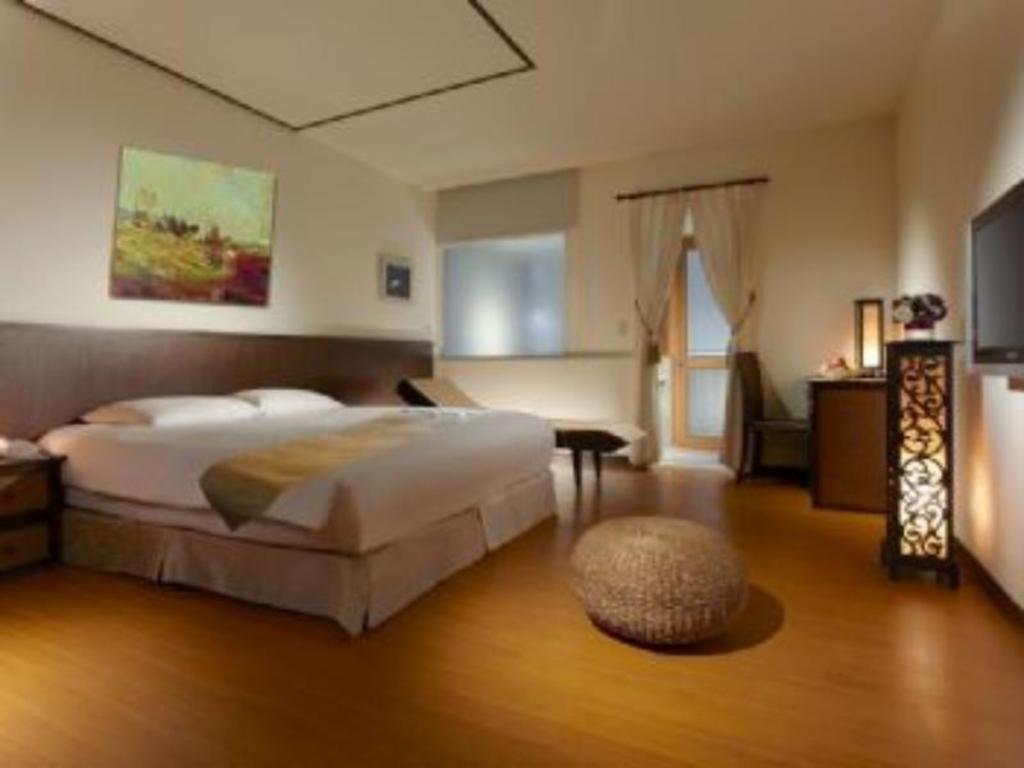 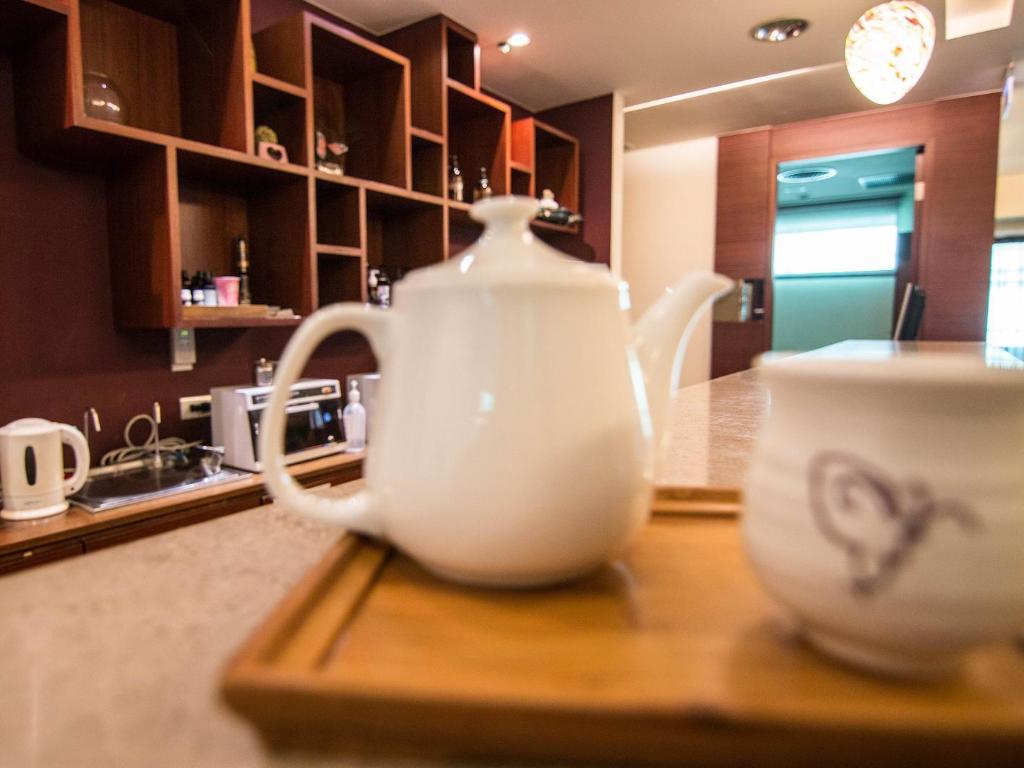 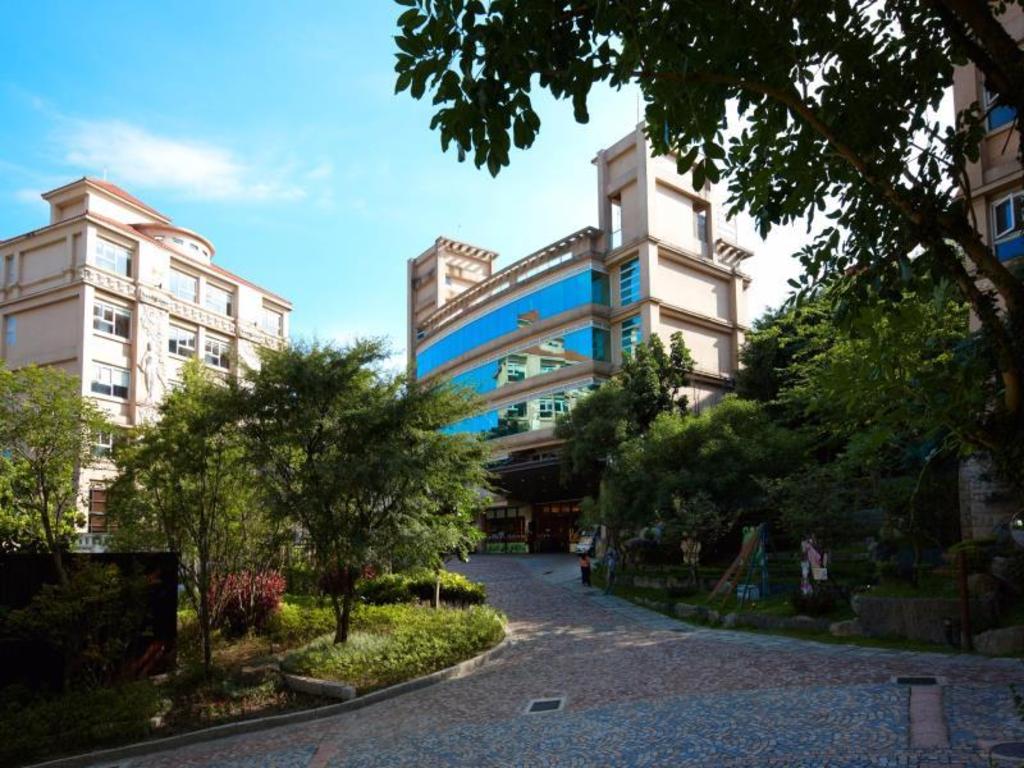 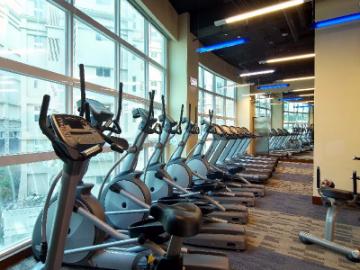 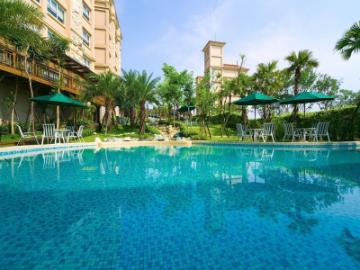 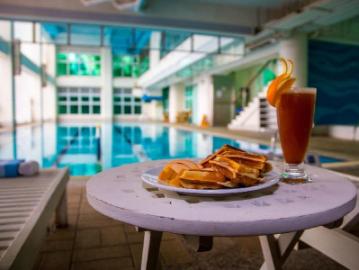 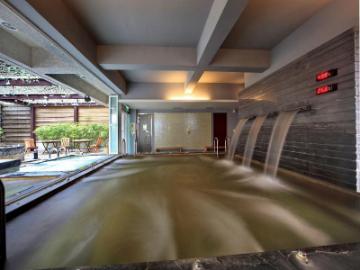 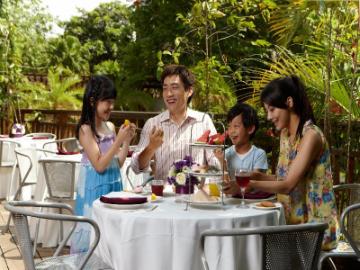 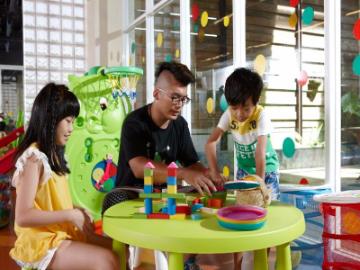 The resorts was not what I expected”

The room is big but bare, no sofa or chairs. There was nothing special in the room that gives the feeling of a resort. The spa is basic, and the food was average nothing special. I would not recomend this place!

Thank you for your suggestions, and we have attached great importance to your comments. We sincerely apologize for the lack of comfort and space during your stay. We will continue to improve and look forward to your visit again, so that we can have the opportunity to serve you again.

The rooms are huge and clean with its own spa area which you can relax after a check-in. The villa is located at the hill as there is a green educational trail with a number of scenic spots and lovely animals. The food was delicious at very reasonable price. The service of the staff, especially the front desk and the housekeeping, was excellent.

With hot spring which add privacy to stayers n a nice walk to the nearby park which has some farm animals for the children to admire.

Service of the staff is prompt and friendly. We requested for connected rooms and they upgraded us to a bigger rooms, so nice of them. Staff patiently explained to me the nearby attractions. It is quite near to leofoo theme park abt 20 mins drive. Only disadvantage is the location to city taoyuan and night market abt 30 mins but the hotel can arrange for cab. There is a restaurant in the hotel which serves delicious Hakka food at reasonable price.

A nice villa with excellent service”

Big and clean room with its own spa area. Delicious food, Wonderful service.

The villa provides pick-up and delivery service from the nearby train station. The service of the front desk was good with staff introducing facilities and guilding us to the room. The room is big and clean with its own spa area which you can relax after a green walk in the villa. The villa is located at the hill as there is a green educational trail with a number of scenic spots and lovely animals. The massage was relaxing. We have tried the western cusines there as the Chinese restaurant was fully booked that night. The tea set was not good but the dinner was delicious at very reasonable price. The service of the staff, especially the front desk and the housekeeping, was excellent.

No Need Unless Going Yangmei”

Hotel itself was lovely - friendly staff, even facility, and so on - but it is located way far from not only Taipei but also Yangmei itself. Should you have any special occasion particularly in Yangmei, there is no need to stay there.

Hello Dear Customer, Thank you for choosing Dongsen Mountain Forest as your accommodation hotel. We would like to express our gratitude on behalf of all our colleagues.

The kids enjoyed the DIY workshop, nature walk with farm animals, play room, hot spring, swimming pool(need swim cap) and breakfast. Room is big and spacious. Food at the chinese restuarant is reasonably priced and tasty. However, the bed is too soft, limited power points and furniture is old. Overall, a good place to stay if you have transport arrangements to and from the resort. Note: the lobby and carpark is across the road (away from the main resort).

We stayed at the resort for 3 nights, booked a twin room and a quad room. They upgraded the quad room to a VIP room which we have no complaint of. Staffs are very polite and nice. There are free DIY activities and programs for the guests which made the stay more enjoyable especially with kids. Only cons are the location not convenience and need to travel by taxi to our destinations. Breakfast menu were the same everyday.

I believe perhaps at one time this hotel was a good hotel. However, my experiences in a standard room leaves much to be desired for. Firstly, the room needs major updating. The room is very simple, with few furnitures (bed, lounger, a desk with a chair, a tv and a credenza to house the refrigerator and water kettle). The furniture is old and dirty. The padding on the lounger is soiled with visible stains. The walls have scuff marks and the window shade in the 'hot spring' bath is moldy with mildew. (I wish this site allowed posting of pictures because I've taken a few). On my second night, the bathroom ran out of toilet paper. Fortunately, even though it was already past midnight, a call to the front desk had someone running to my room with another roll. Overall, I was not very comfortable staying in this room. Paint is cheap and can give a room a face lift. At least, it can cover up the scuff marks. Roller shades are also not very expensive. I think the management staff needs to be more attentive with the upkeep of the rooms.

Beautiful surrounding and a spacious bedroom. Polite staff. Everything was perfect except for breakfast. Quality below standard in comparison to their other facilities. Would be OK if it is just a small B&B. They ran out of coffee cups and told us to use soup bowls instead. The other grouse was the carpark which was located across the road. They should have allowed guests to unload their luggage at the lobby. We had to wait in the cold for a buggy to bring us and luggage across the road. Although there was a traffic warden but not too save as some cars were traveling quite fast and could not see the warden across the other side of the road.

The room & breakfast were great. But the location is bad. It has nothing within walking distance.

While a little out of the way, it's a nice trip out of the city, with super friendly staff available to help out

My wife, 5 year old daughter, and I stayed at the EHR Yangmei for a pair of nights in early July 2020. We thought we got a pretty good deal, but in the end, our deal turned out to be close to fair. EHR was built to be a fancy resort with tons of activities and state of the art facilities for kids and adults. It falls somewhat short of that, though my kid was still delighted. They had pools, fitness area, steam room, and kids rooms with stuff for kids to do. Everyone was friendly, like all of Taiwan. But the resort is somewhat run-down, and clearly lacks the regular revenue and maintenance its designers would have hoped for. Despite Agoda's listing, wifi was not available, or rather it just didn't work. I did about a day's worth of pestering before the staff just told me nothing could be done other than to leave the campus to go back to the lobby for a connection. The lobby is off-resort. Of course, this didn't help us set up the webcam connection so that my wife and I could hang by the pool while the kid slept. The room was large and it was not dirty, but it showed age. The floor was scratched and scuffed throughout, outdoor pools had some algae, hard water stains and deteriorating wood finishing in the bathroom showed the lack of love needed to put regular polish, treating, sealant, wax, etc. None of this really bothered us, but it was different than the photos let on. The photos most likely came from the year it was built. The breakfast was fine and we partook without hesitation. Fairly standard free breakfast for Taiwan hotels, which in my estimation is pretty good. We drove to the nearby amusement park during the day which still requires 20 minutes of driving. To do it again, I would likely just stay in YangMei proper. The location is close to nothing except some hiking. It being July, we opted not to hike with our 5 year old in the sun. Overall, the hotel is fine. I'm glad we got a good deal, because it would have been a rip-off othe

Not my type of travelling”

All I wanted for my getaway was a nice outdoor swimming pool and a cozy lovely dinner. I couldn't get any of those. Outdoor swimming pool was out of service way too early (5pm still in Summer?! wth!), so we all were sent to a gym-type pool, not nice at all. Restaurants were overpriced, full of absurd rules and there wasn't other options outside unless you have a car (and staff remind me of that :/ ). While it could be a good place if you have a large family, for a couple getaway it's far away for I was looking for.

neat and cheap, a bit old

nice and clean, not really a feel of hotel service but servic apartment. overall good. 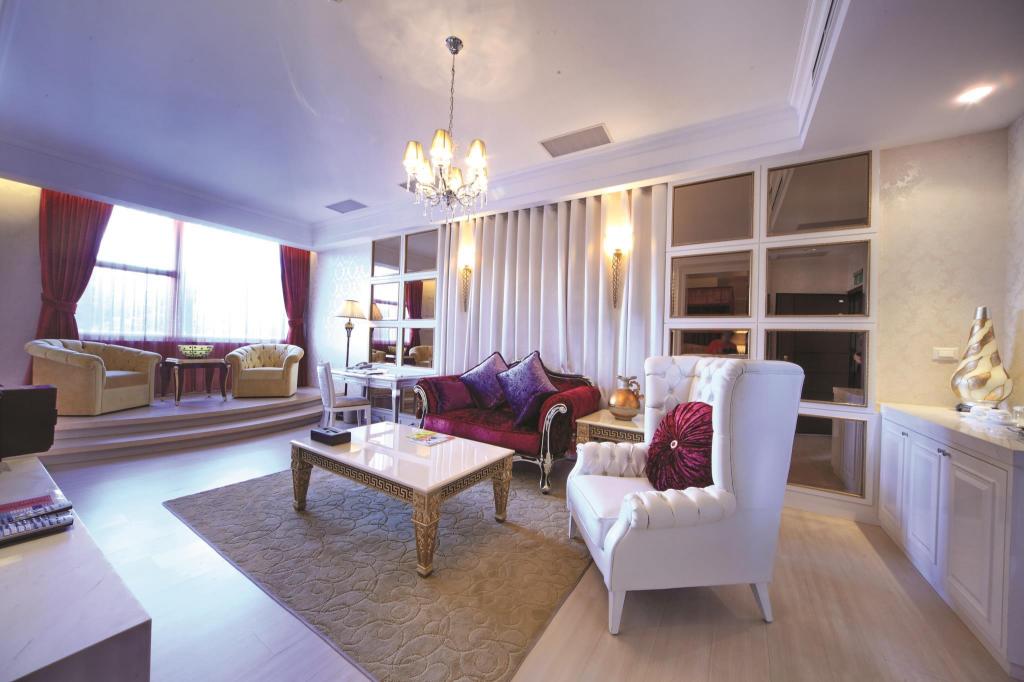