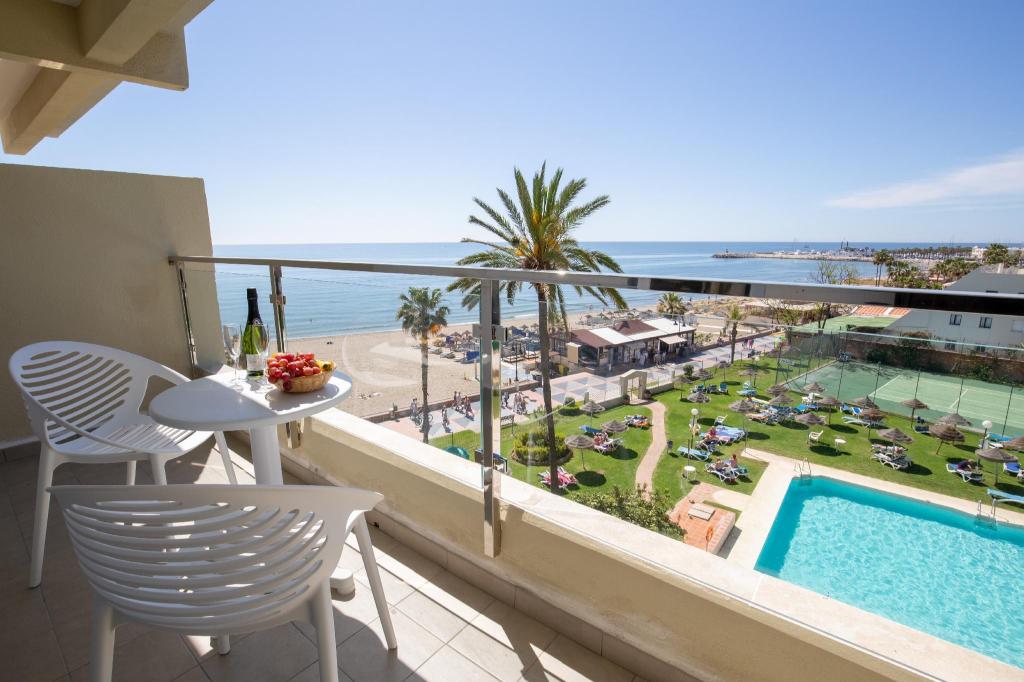 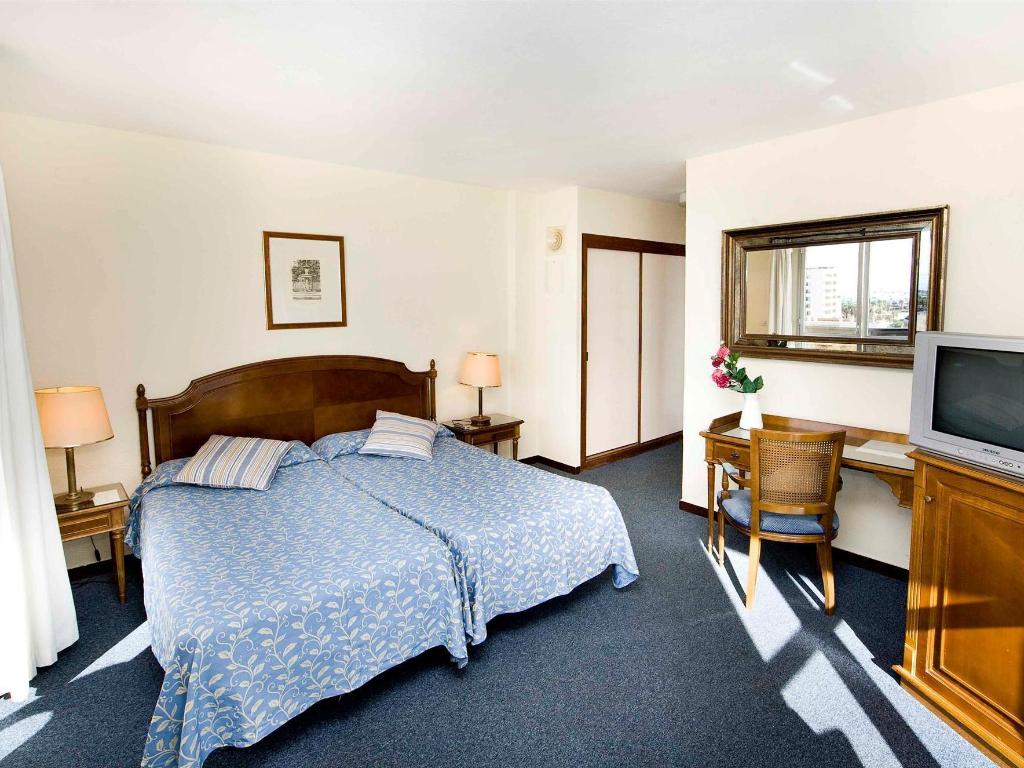 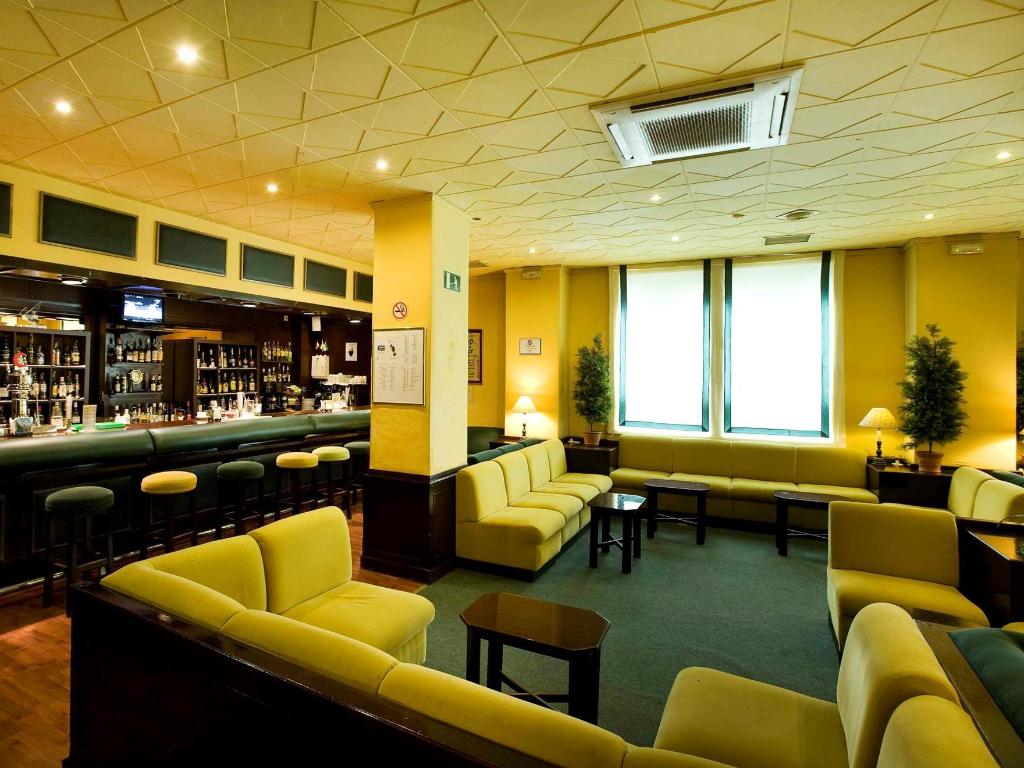 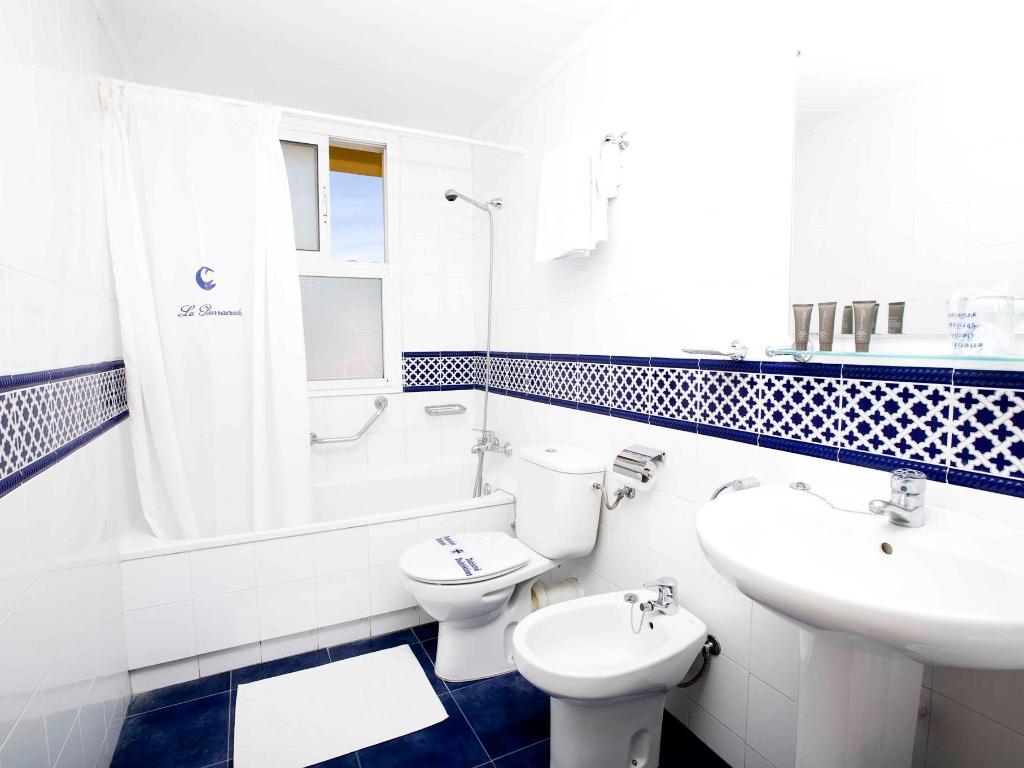 "Food is above average and service is great." 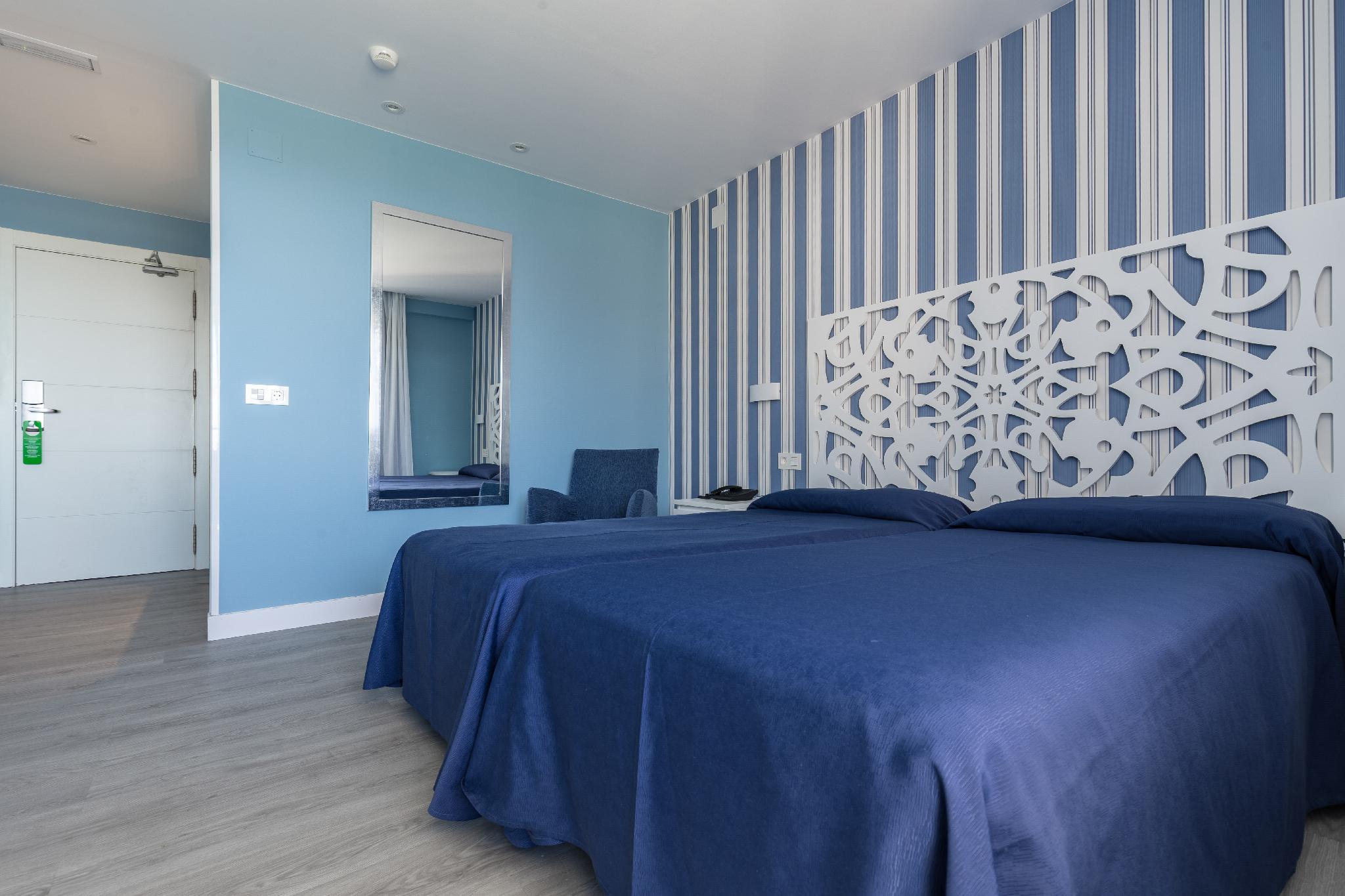 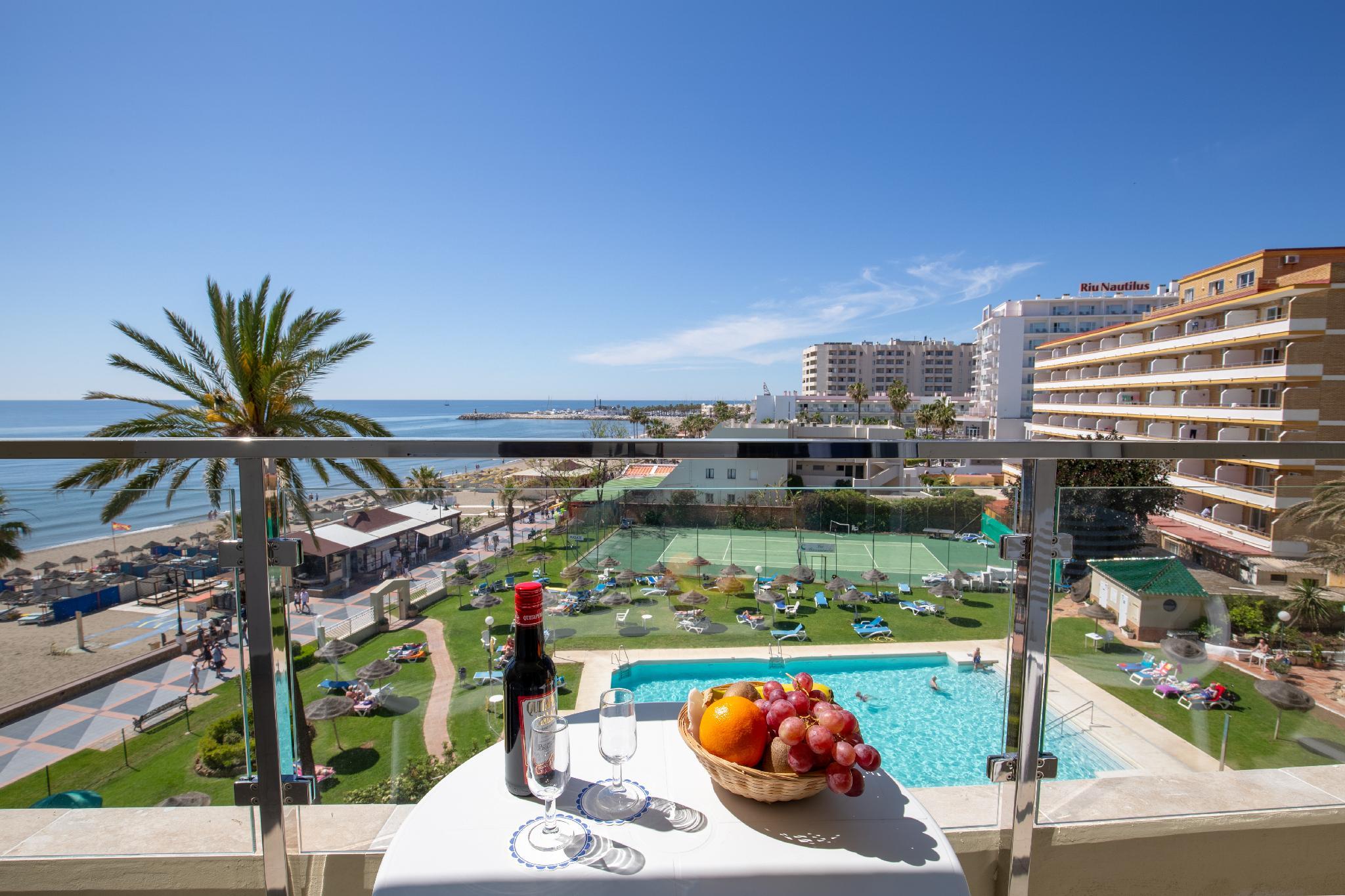 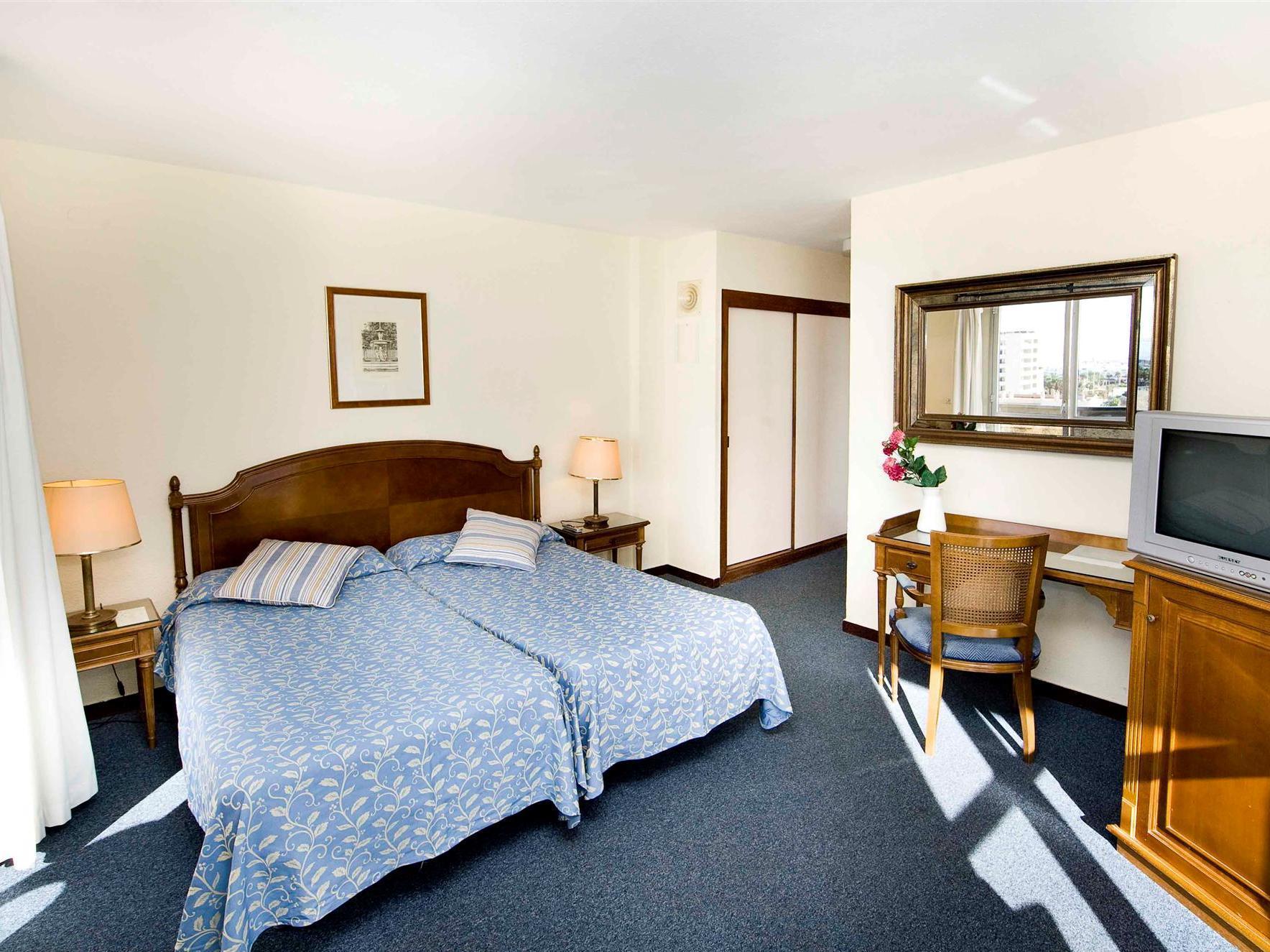 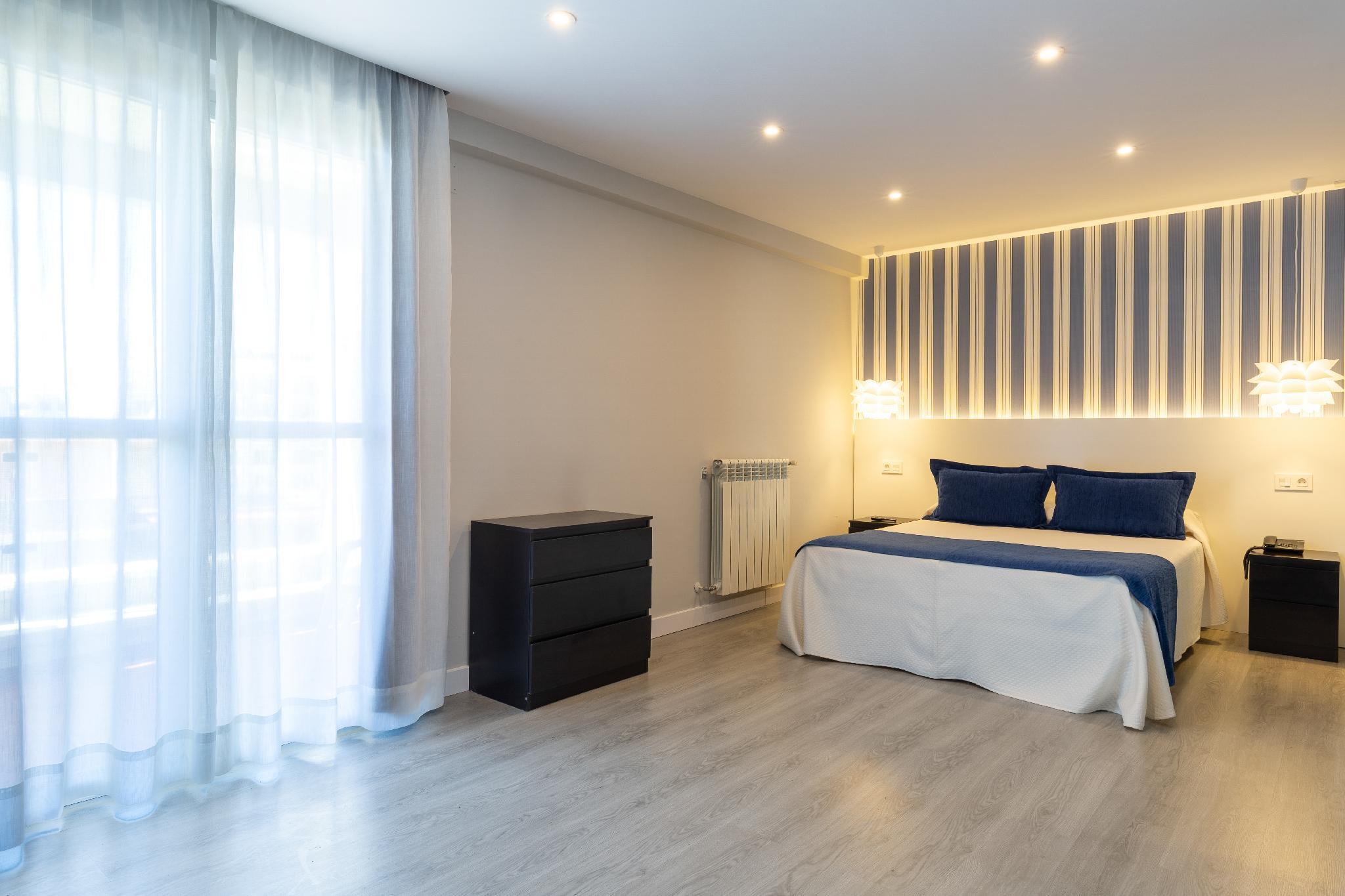 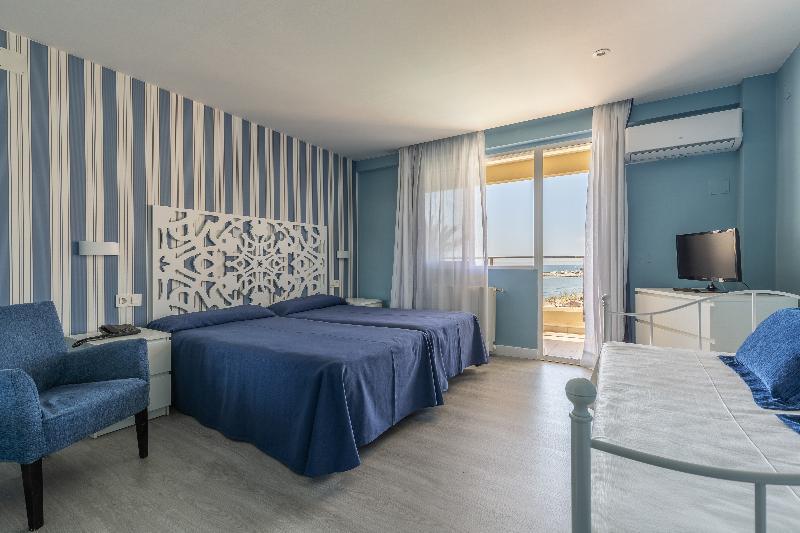 Recommendations based on your views:
8.8

Designed for both business and leisure travel, Hotel La Barracuda is perfectly situated in Torremolinos, one of the city's most popular locales. Only 15 minutes from Malaga Airport, the hotel offers an outdoor pool, rooftop terrace, and air conditioned rooms with a balcony. From here, guests are able to easily access the city’s must-see destinations, including recreational sites such as Puerto Marina and Torrequebrada Gold Course by a few minutes' drive. Featuring the blue and white décor and carpeted floors furnishings, the room here is equipped with satellite TV, private bathroom, and most of them offer spectacular sea views. Expect the superior facilities such as Wi-Fi in public areas, safety deposit boxes, elevators, a large garden, tennis courts, table tennis, and a pétanque area to boost your pleasure in vacation. The place also provides entertainment stuff such as a bouncy castle for children. Hotel La Barracuda’s buffet restaurant serves Mediterranean and international cuisine here, too. Whatever your purpose of visit, Hotel La Barracuda is an excellent choice for your stay in Torremolinos.

"Excellent stay at the barracuda, relaxing with everything at..." Overall rating
8.1
Excellent
From 1719 reviews
Provided by verified guests of

Excellent stay at the barracuda, relaxing with everything at hand you need. Sea, sand prominard walk, marina, shops, bbq on the beach lovely situated in beautiful surroundings on lawns with swimming pool too. Couldn’t wish for more. Entertainment also evenings.

Pros; it's beach front! Cons; Drilling+Unbearable Noise (until nite! )+Dusty! Tv Doesn't have many choices!Awful Food; Old+made me very sick!Awful breakfast! Disgusting! How I regrets Spends so much money for; 2days of HELL!

DISSAPPOINTED I WAS NOT INFORMED..BUILDING WORK WAS TAKEN PLACE. SPOILED HOLIDAY.

Variable reviews made us a little concerned about booking here, but it was in the area we wanted and the deal was excellent value. Totally surpassed our expectations, nice rooms, good choice of food and nice people. Could cite a few minor problems, but it isn't the Hilton and we certainly got more than we paid for.

Free Wifi in lobby only. In room wifi has to purchase. Still uses conventional TVs in rooms. Has an Air-Conditioner unit in room, but hotel asks 10 Euro deposit for the remote control. Breakfast is good. Price is fair for those who wants to book lunch/dinner with the room. Food is above average and service is great. Ask hotel front desk to get you a taxi to Malaga Airport (fixed 20 Euro). Surroundings: 7 min walk to bus station and take M110 (run frequently) to Malaga for 1.65 Euro (pay driver directly). This bus will also stop Downtown Torremolinos on its way to Malaga. Within 1 min walk, currency exchange, supermarket, taxi stop.

Hotel was disappointing. We paid for superior room, with a sea view and balcony. Room I think had recently been decorated but that's all you could say, furniture very old and tired. Balcony was small and dirty, furniture on balcony was very dirty. There was no pool bar open, you could not get a drink, even a coffee around the pool. Breakfast was always cold. Not warm but COLD. Location of hotel was its best feature.

My room was very bad, it was behind the entries desk was impossible to sleep the disco was just under my room very noisy.

Mean tricks from this hotel, but lovely receptionist”

We arrived at the Barracuda for our last night in Spain having booked a double room. We were shown to a twin room, and told by the manager that there were "no more double rooms". Bear in mind that this is at least a 6 floor hotel, and in February, not even a quarter full. Then, on enquiry with the manager, we were told that we might upgrade to a superior double room for a price. We paid the extra 12 euros for this, but felt that since we had booked a double they might have seen sense to provide us with the type of room that we had booked. We noticed that there were extra charges for everything, and that you could hire kettles. It seemed mealy mouthed and mean. The "free" wifi was only available in the draughty reception area, and the signal virtually non existent, and I gave up trying to use it, however, you could pay for "premium wifi", where the signal was very strong. It seems outdated not to have free wifi in a 3 star hotel. However, the hotel redeemed itself in the attitude of the young woman on reception, in the following way. I walked out of the hotel and was immediately "pooped on" by a seagull-adding insult to injury. When I enquired about buying some shampoo from the hotel- we found there was none for sale, but the very sweet receptionist, sensing my growing annoyance with the lack of customer care, actually lent me her own shampoo and conditioner. This is why we have given the hotel favourable reviews, so I hope she gets a raise in wages or promotion, as she was exemplary in her customer care (her name was Anna). The place is very clean, and the rooms are the older type, and that means a bit shabby, but large- and well heated in February, with the rather useful addition of a fridge in the room, and balconies. The upgrade superior rooms are nicer as they have views of the sea. Towels are tiny, and the overall brand gives an atmosphere of mean-ness, which was rescued by the initiative of their receptionist. Breakfast was plentiful, but cheap and nasty. It's

First time I have used your site and would like to thank you for passing on special request, high floor with good sea view. Could not fault anything, staff very friendly and helpful. Super quick check in, breakfast selection ideal, always possible to get a sun bed, even in the afternoon.

I had an amazinh room with an amazing view for only £30 a night (breakfast inc). Thank you guys x

Decent hotel if on a budget and want a good location. Close to the beach and other amenities. Avoid the breakfast buffet. Probably close to the worst I have seen. Dinner buffet for 12euro is not bad. Decent meat selection. Very little of the salad bar was fresh salad. Either tinned or from a jar. One of the towels we received was disgusting. Some of the staff could use some training. No wifi in the rooms unless you pay. Overall an okay experience. Went in with low expectations and ended up happy enough

Hotel was comfortable but needs maintenance”

Good. Hotel needs to be better maintained. Carpets were dirty, painted walls were sloppy, carpets also needed to be replaced.

We had half board for 4 nights breakfast great evening meal awful We did buy food some lunch times at the hotel which was brilliant and good value for money the smallish swimming pool lacks enough sun loungers a lot were broken but the beach is right outside the hotel has a tremendous amount of shops bars and restaurant s surrounding it . The hotel staff were fantastic . This hotel is dated but clean I would use it again

well a really well located hotel only yards from the promade, you can access easly through the front or garden gate to all the atractions. Parking in hotel a little expensive but the road outside is free. The hotel greeting was good and helpfull with any questions answered. The hotel meals were good value if only a buffet, but with children a treat for them to pick and choose what to eat. Good service from waiters clearing plates and bringing drinks. the hotels bedrooms were dated and requiring moderisation, but if you looked past this all was clean and worthy of spending a few nights. I would not say this would be my choise for a week / two week holiday but a quick break or a weekend away, you wont find cheaper well located hotel.