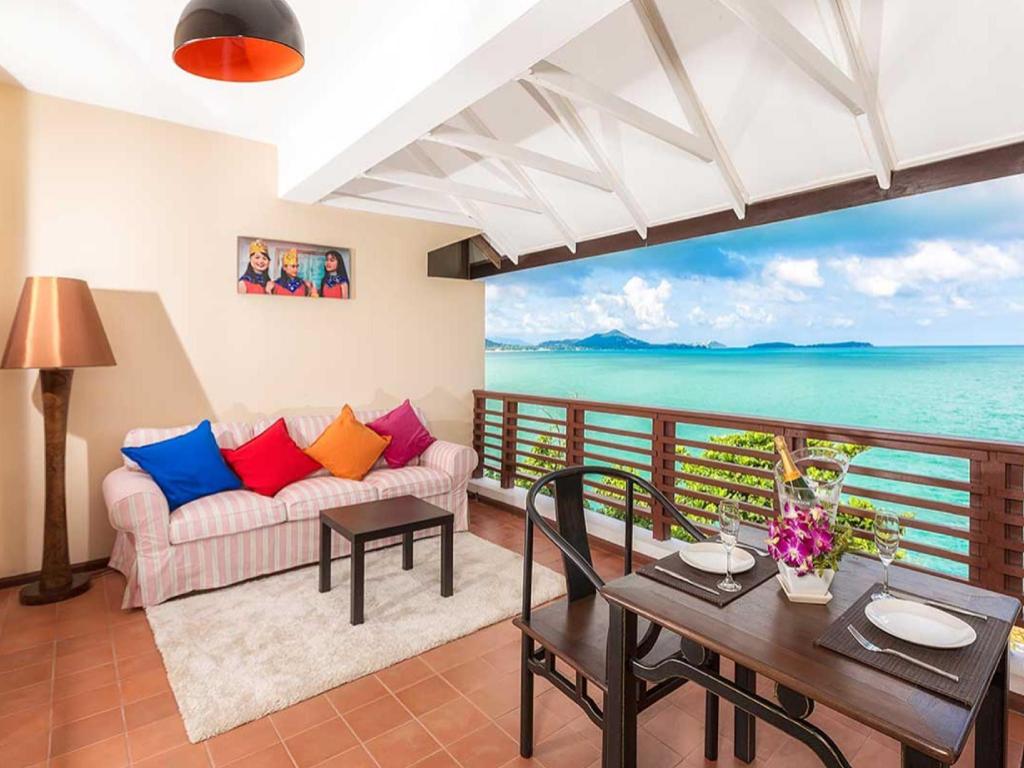 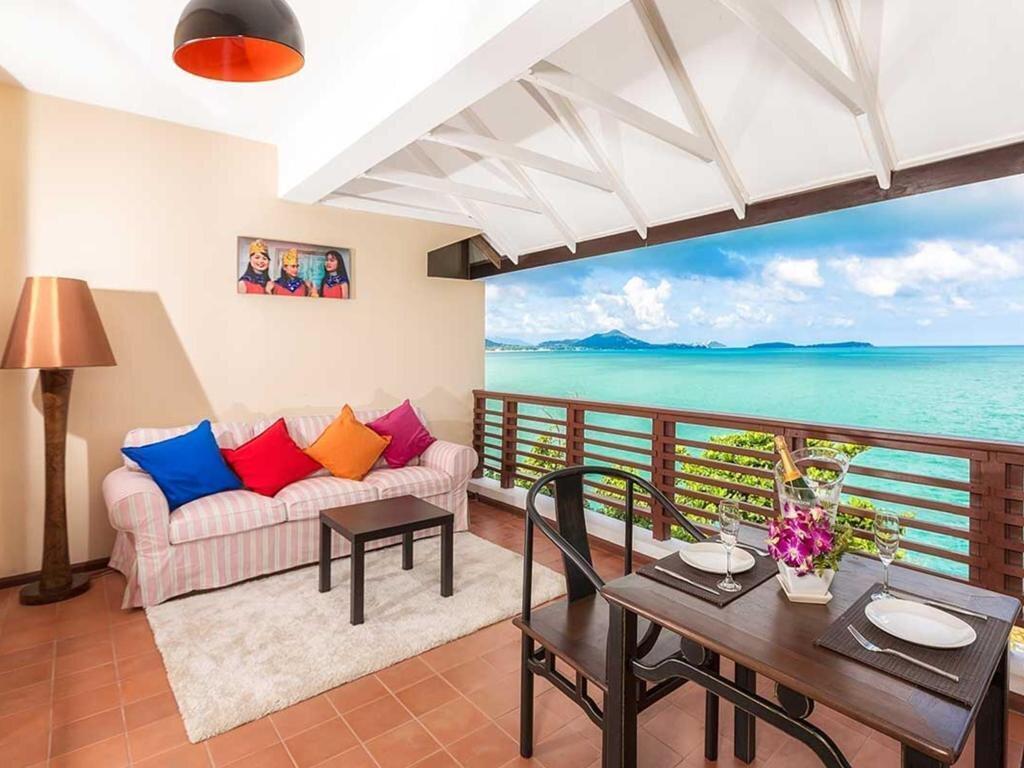 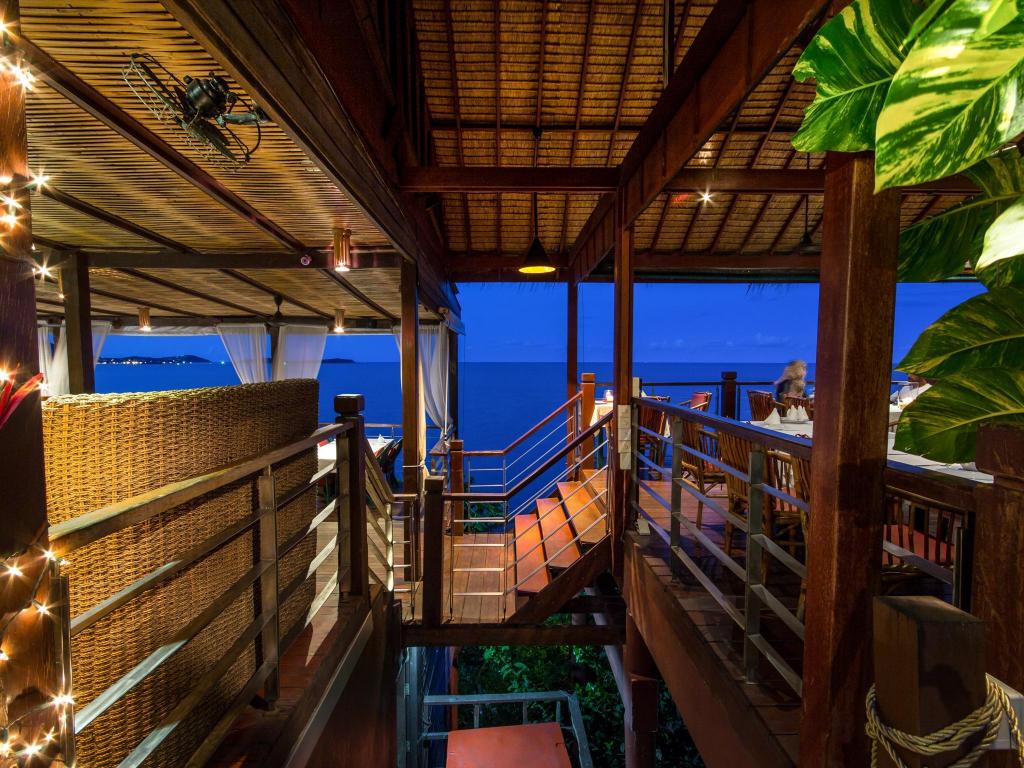 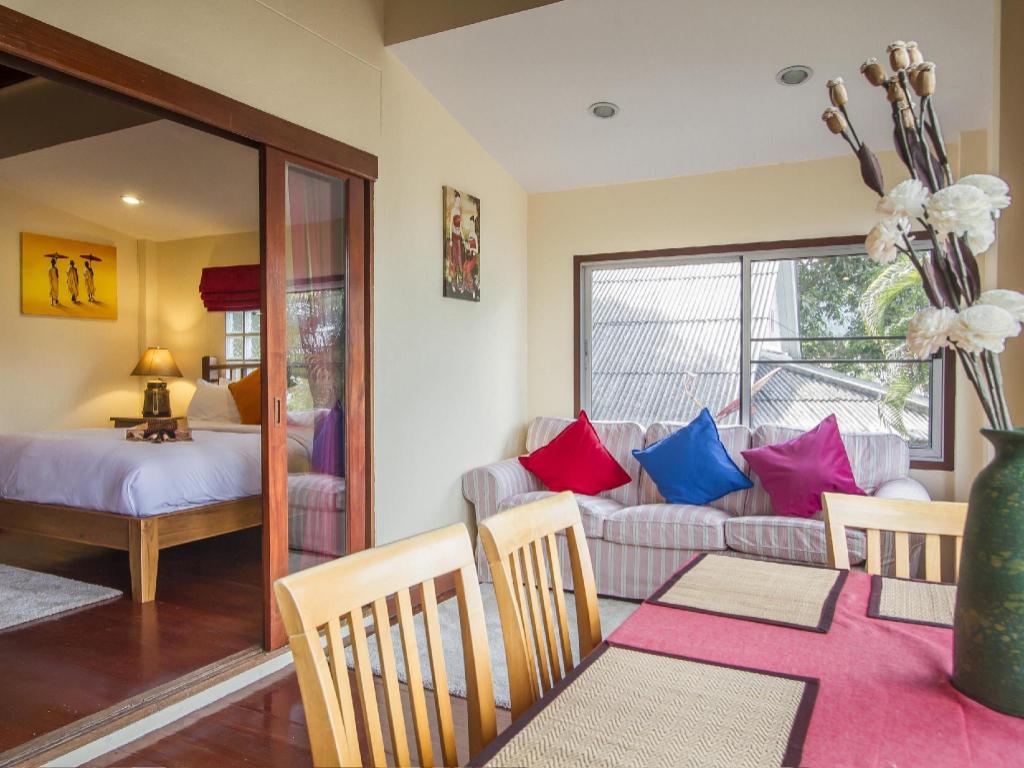 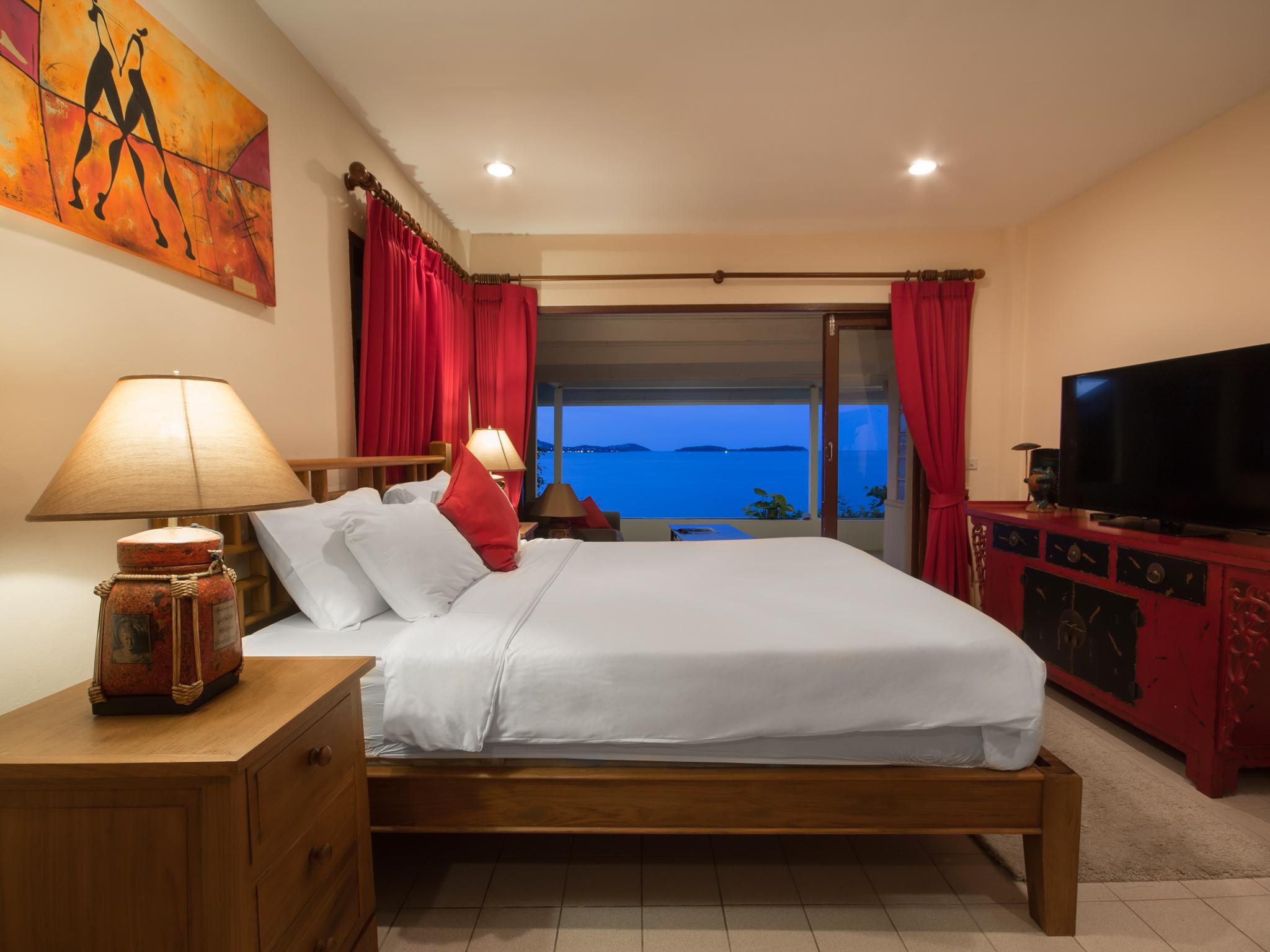 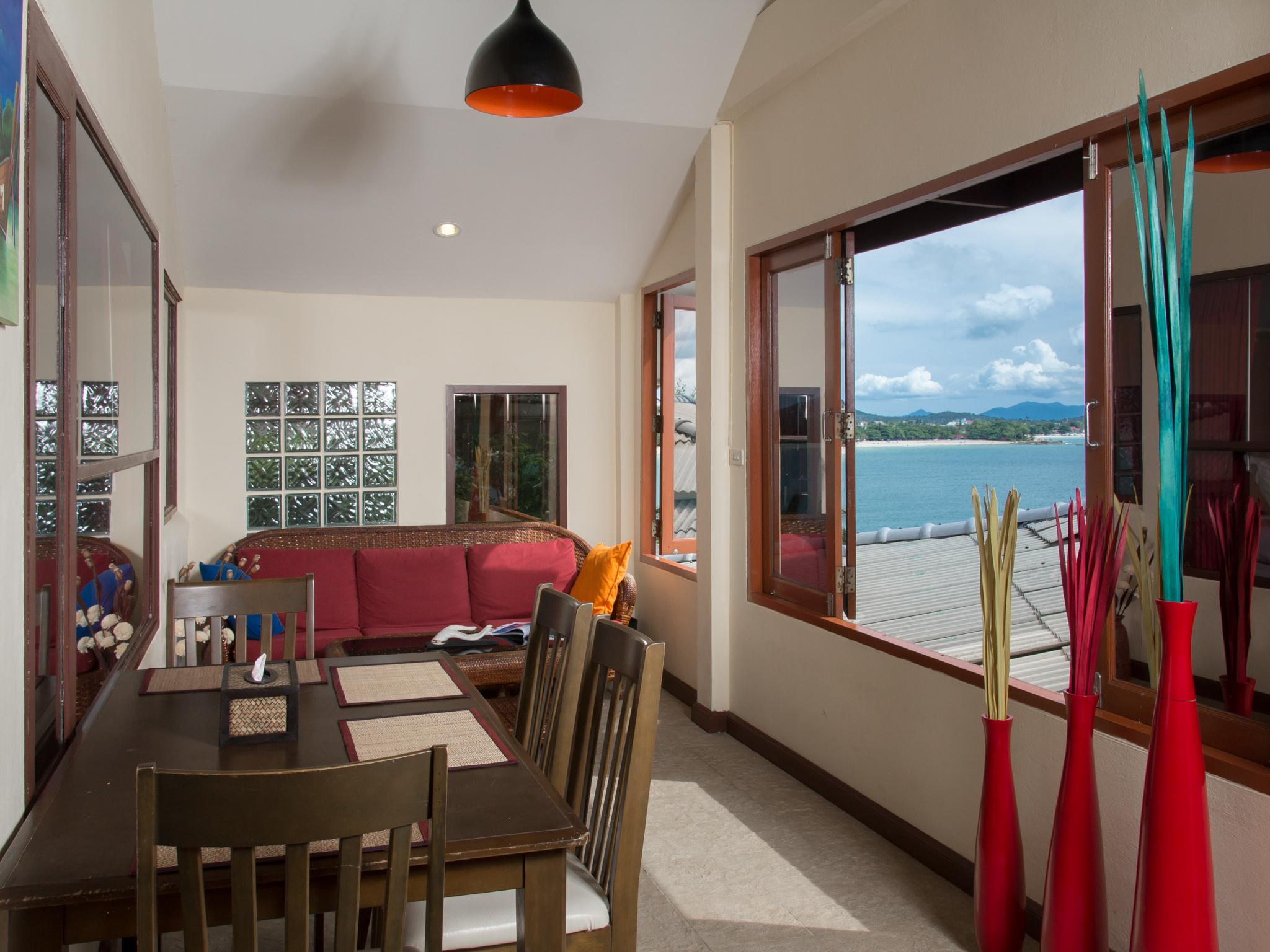 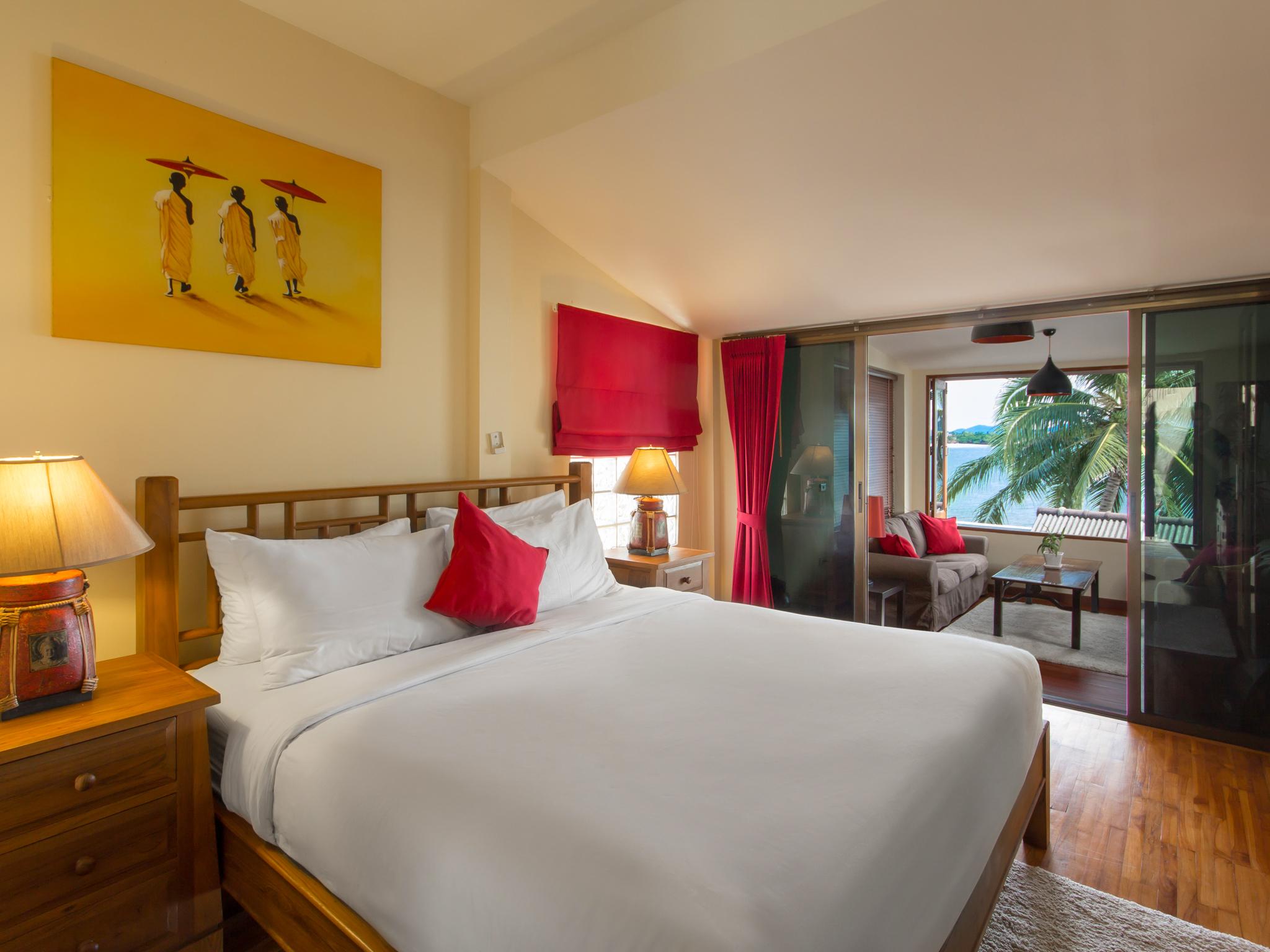 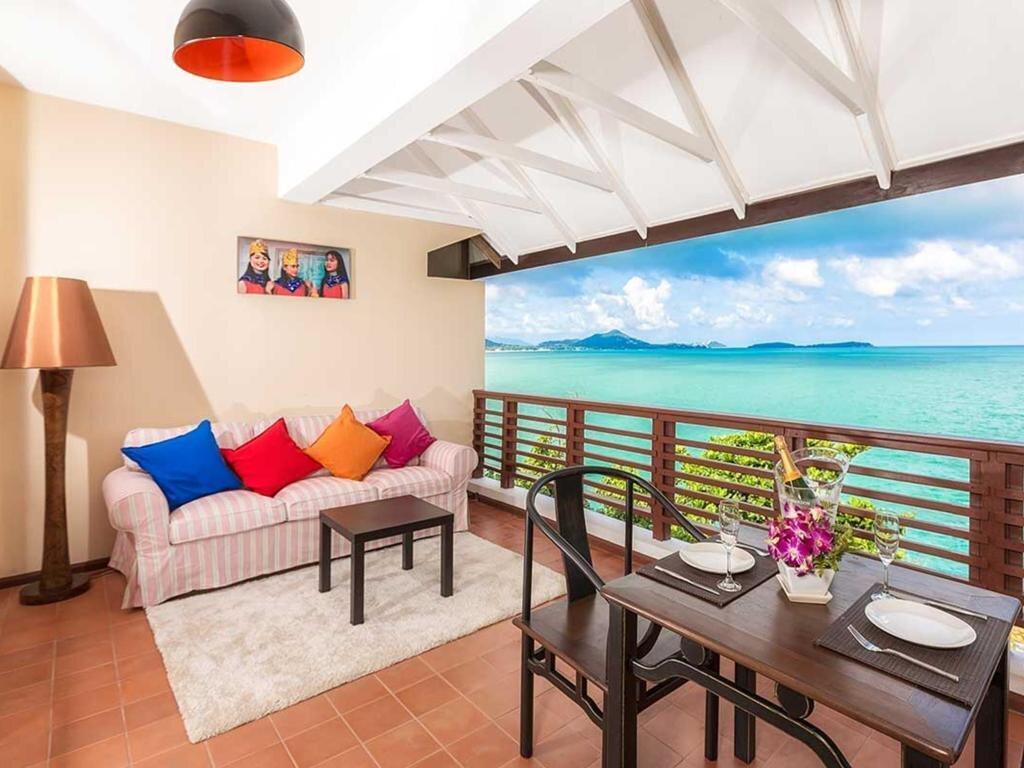 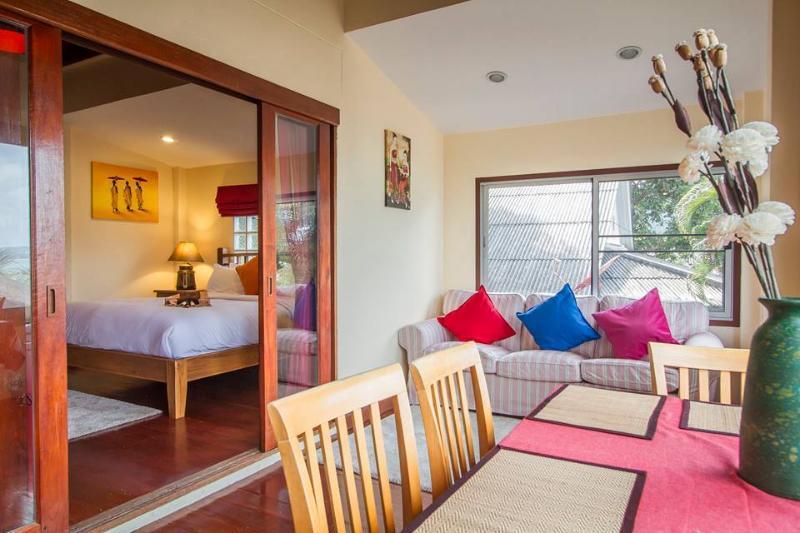 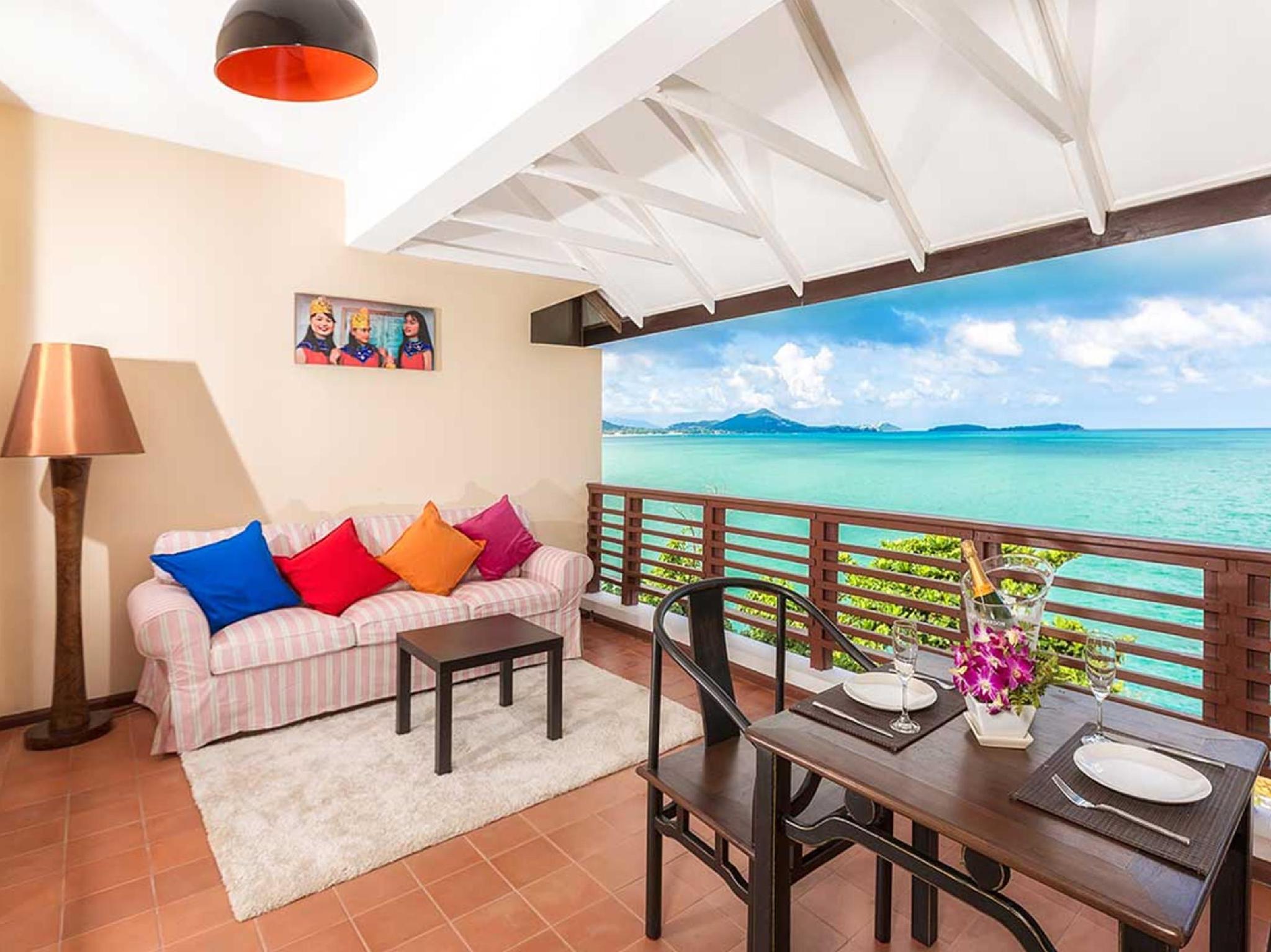 View from the reception, restaurant and room was fantastic! Parking space is bit small for the resort and restaurant. The room is clean and spacious but it's old. And all the staff in the resort are really kind and try to help. It's heart warming stay there. Thanks Boujis!

The very first day we arrived at the hotel, Joshua took care of everything and showed us around! He was very helpful for each of our requests. Thanks Joshua! Concerning The room , it was clean with a nice view on the sea and enough space to enjoy your stay. We Couldn’t expect more. As well, I also advise you the restaurant Dr. Frog, the food is delicious with a very friendly Italian chef! It’s located inside the hotel so don’t need to bother with a bike or taxi. Unfortunately, due to the bad weather, we had to leave earlier than our plan. If you have a chance to stay there don’t hesitate it, you won’t be disappointed! For sure, we will be back. See you Boujis!

Very much enjoyed our stay, and we look forward to returning soon. The staff and the service was excellent. The room was nice, but the bathroom was showing its age. The restaurant food was of high quality, but quite expensive.

We have stayed here for four nights. The room is beyond our expectation, which is large and clean with spectacular scenery. The Apple TV is so useful than any other tv of normal hotels. It is easy to find something interesting to watch and spend our time This place is quiet and makes us feel we own the sea. It is so wonderful to wake up with the sound of wave sound. It is far from the busy Chawen street (3km) , the nearest 711 shop and some restaurants (1.5-2km), so we suggest renting a car or motorcycle if you stay here. But we find a tiny shop just on the other side of the road. You can get drinks, snacks and some simple supplies there. David and the room cleaning staff are kind and helpful. If I come to SAMUI again, I will choose here again.

We come in June , that is low season but still have a bit sun , resort location is about 15-20 from airport , very easy to find is close to the main road Chawang- Lamai , when you see Dr . Forge Restaurant or view point that is resort location , room that amazing view , clean nest ,stuff also helpful , Breakfast was ok , Thank you Manager David everything and for koh Samui information . for next traveling we will back again .

The place could do with a revamp, which I believe they we're in the process of when we stayed. For the money, you can't really argue though. Rooms are big, with a kitchenette, living room by the sea and separate bedroom. I would also like to mention that David really looked after us throughout our stay. Really great guy.

Great chillout place with an amazing view and quiet if you are staying in the lower villas, very good breakfast, lunch and dinner choices, less suitable for family with young kids due to the steep steps

Just a reminder that the cost is not paid when you order or book the room. We messed up with this and checked the payment for a long time during the check in. The service are great that juice and cool towels were given to us when we first stepped into the resort. And the customer relationship officer helped us a lot on booking tables and taxi. She is friendly and ready liking to help. The room is big and comfortable though the living room is a bit hot due to the fact that there isn’t an air conditioner. Just a recommendation about the WiFi is not stable and we have to use our data.

The location is beautiful, but no shuttle service so a taxi needed to get to most places, not even a local 7/11. No cell phones in room for room service, had to walk to the restaurant to order food, was promised the phones would be provided but never happened! Poor breakfast which was inedible on some days, raised this with the GM Josh and was told a new Canadian chef was settling in and should hopefully improve, which is the type of response I would expect from such an expensive restaurant! Got up early on two occasions for trips to be told they wouldn’t be happening and the hotel had been informed the night before but nobody was in the office in the evenings to let us know to save us getting up at the crack of dawn! Repeatedly asked ICE to give us a price on an additional nights stay due to a flight mix up, initially was given a cheaper price than we originally paid, but was then retracted after speaking with Josh and told we could have the room at the more expensive price we’d previously paid, we declined the rude offer and booked into the Amari which was superb! Although the rooms are good and the views are breathtaking, for the price this hotel lacks customer service, the manager is overbearing and follows up with nothing but hot air! A real shame as the hotel has huge potential, maybe more focus should be put on the hotel part of the business and not the revenue from the restaurant as this is more an eatery with rooms.

Amazing Seaside Resort which is A great centrally located. ”

This hotel is a little distance from the airport but worth the wait. When the staff greats you with that smile and you peer out to see nothing but a perfect sea..... Wow. The suite was very clean and spacious. I had an ocean view with a deck and waking up every mor into the view was a treat. Breakfast was great and it was centrally located in between both Lamai and Chewand Beach. The staff were very helpful and went out if there way to make my stay pleasant. I would definitely rebook this resort in the future.

worthy to have a stay

We loved it here as the resort is located above the hustle of Chaweng beach but conveniently close to Chaweng Noi and a short taxi ride to Lamai. The elevated position also brings refreshing sea breezes in the heat of the day. Cocktails at Dr Frogs were the best in Koh Samui, even though more expensive than some places the measures were generous and the service was great. It was also very common to find the pool all to yourself to enjoy alone which was a joy. Just next door (5min walk) at the lookout was amazing coconut icecream for the kids too.

I stayed at Boujis for my last few days in Thailand and I wish I didn't have to leave. The room had an incredible view of the Gulf of Thailand. Wake up everyday to the sounds of waves crashing against the rocks. Great view of the beach that is just a short walk away. Great food at Dr. Frogs. Enjoyed climbing on the rocks below my room in the evening. And an excellent pool to cool off in during the days. Definitely recommend. Thank you Boujis!

This is a wonderful experience! I seldom write review, but this time I have the impulse to write the review. At first, the boss is very nice, we have been warmly welcomed. Secondly, my daughter and I were surprised to see the wonderful sea view when we enter our room, we were very excited! I hope I can be there again in the future and I would recommend this hotel to my friends and relatives

About 10min drive away from bustling Chaweng. This resort is peaceful and quiet. Room is big and spacious and does not cost a bomb. Free parking, Free WiFi and has its own pool. Resort is located at the side of a cliff and overlooking the ocean. There are rocks where you fish from or look at the sun rise. Awesome.

The ocean view is as great as you can imagine, and the room is very nice. Pleasantly scented, with flowers everywhere. I even made a hot pot in the room! The only problem is there is no clear sign of reception. It took me a good 10 minutes to find receptionists in the Dr Frog restaurant.

Even though the location has a bit of far to Lamai beach and Chaweng beach, we still can walk to the Chaweng Noi beach by own foot. The view is really beautiful and amazing. When I was sleeping, it is quite and the bed has the best quality. The staff is so friendly. If we have some problem, they will help you as fast as possible. Love it so much and thanks for helping us during travel. 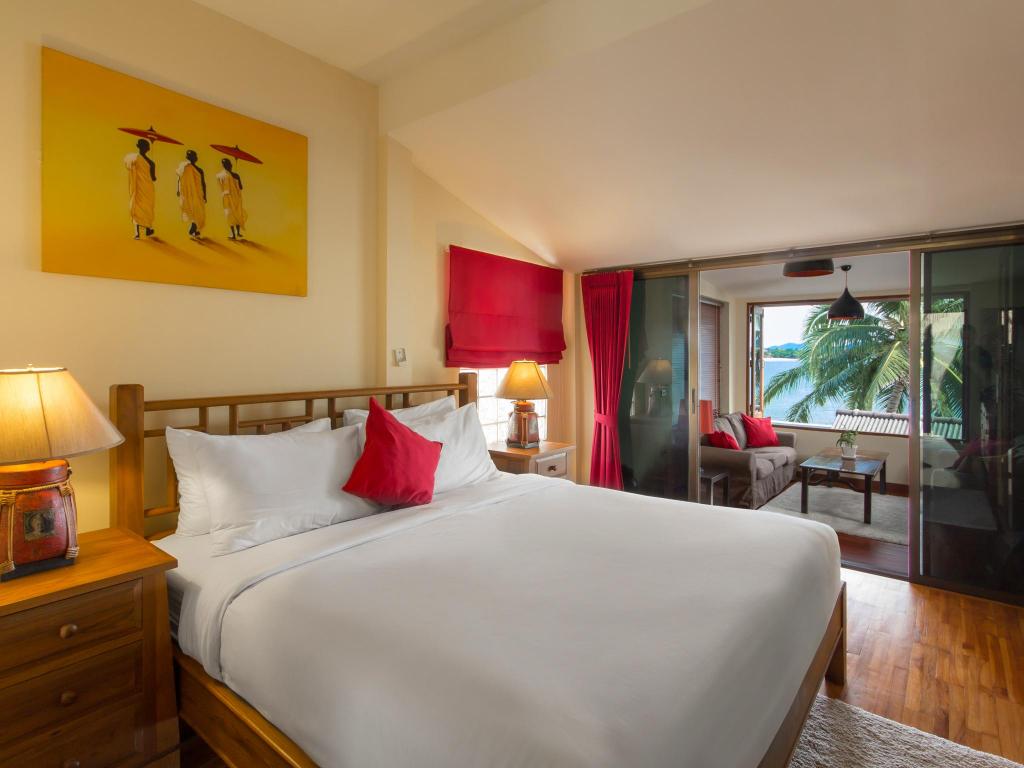