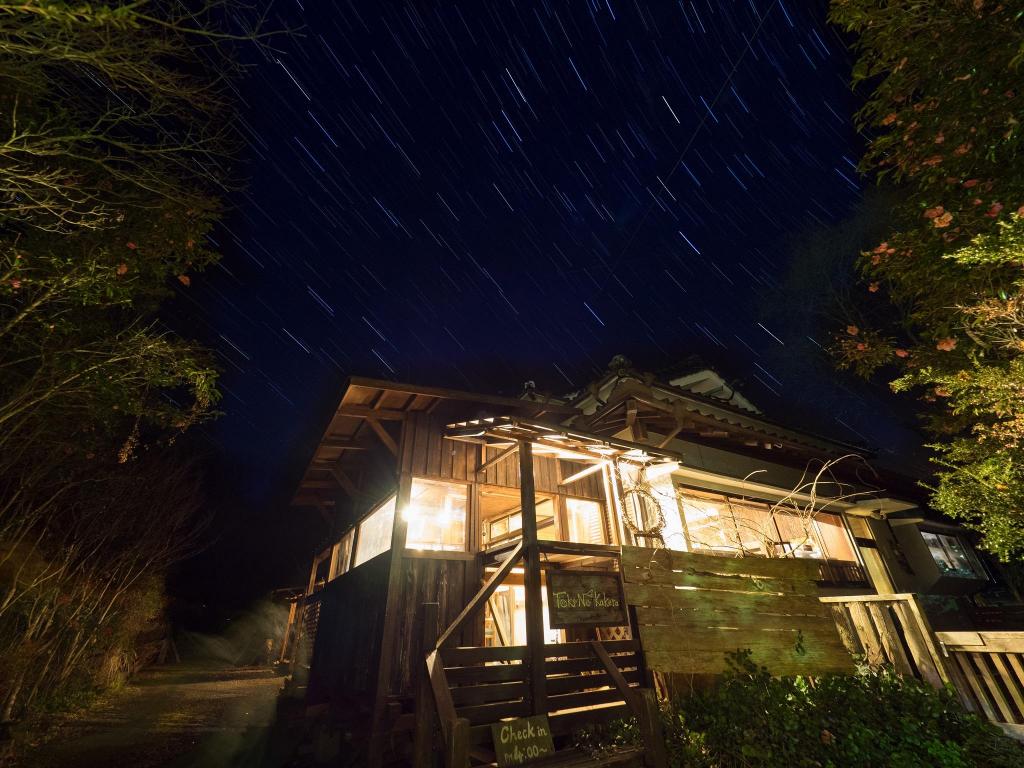 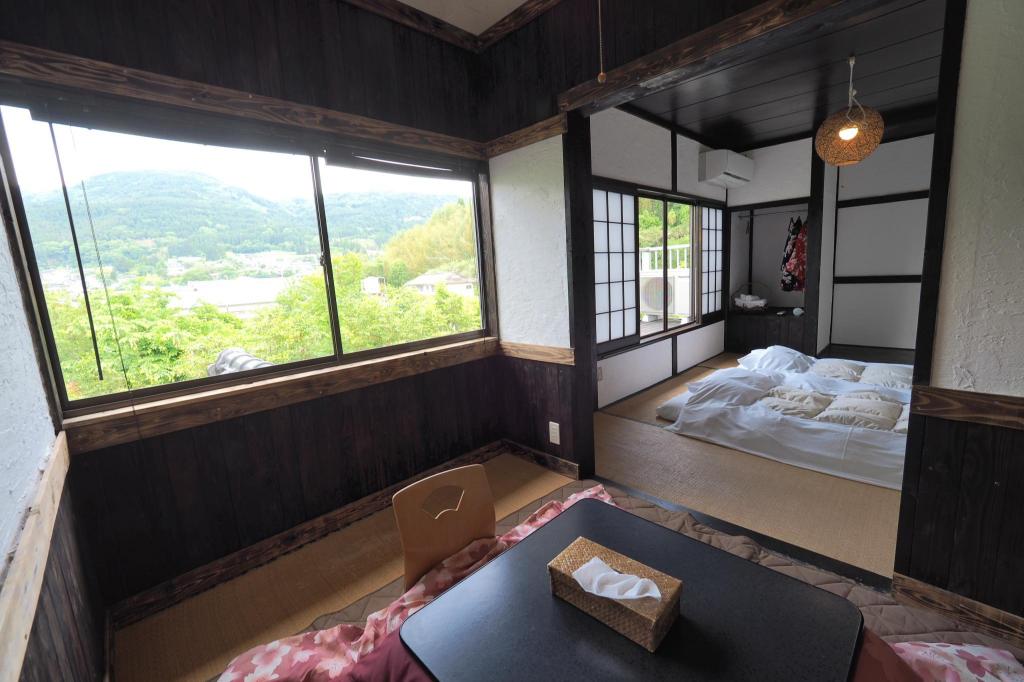 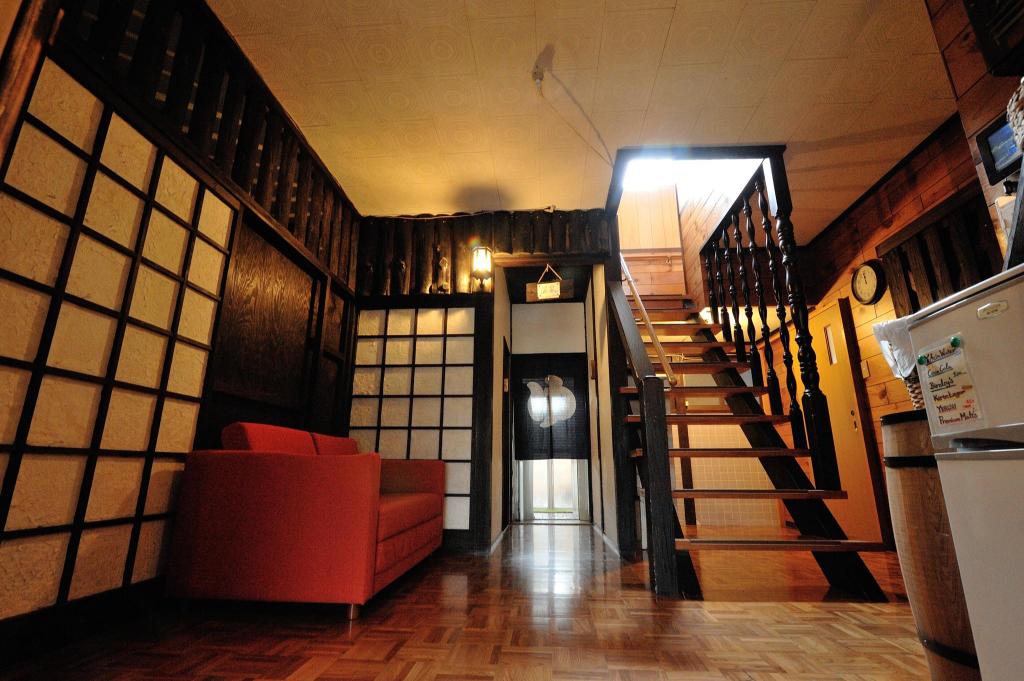 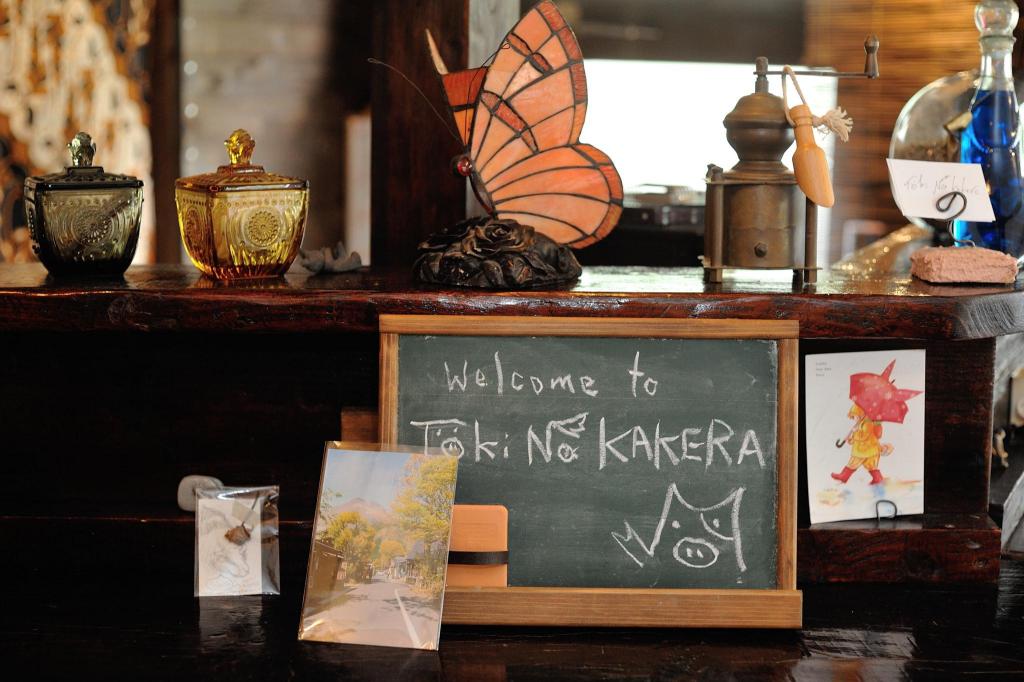 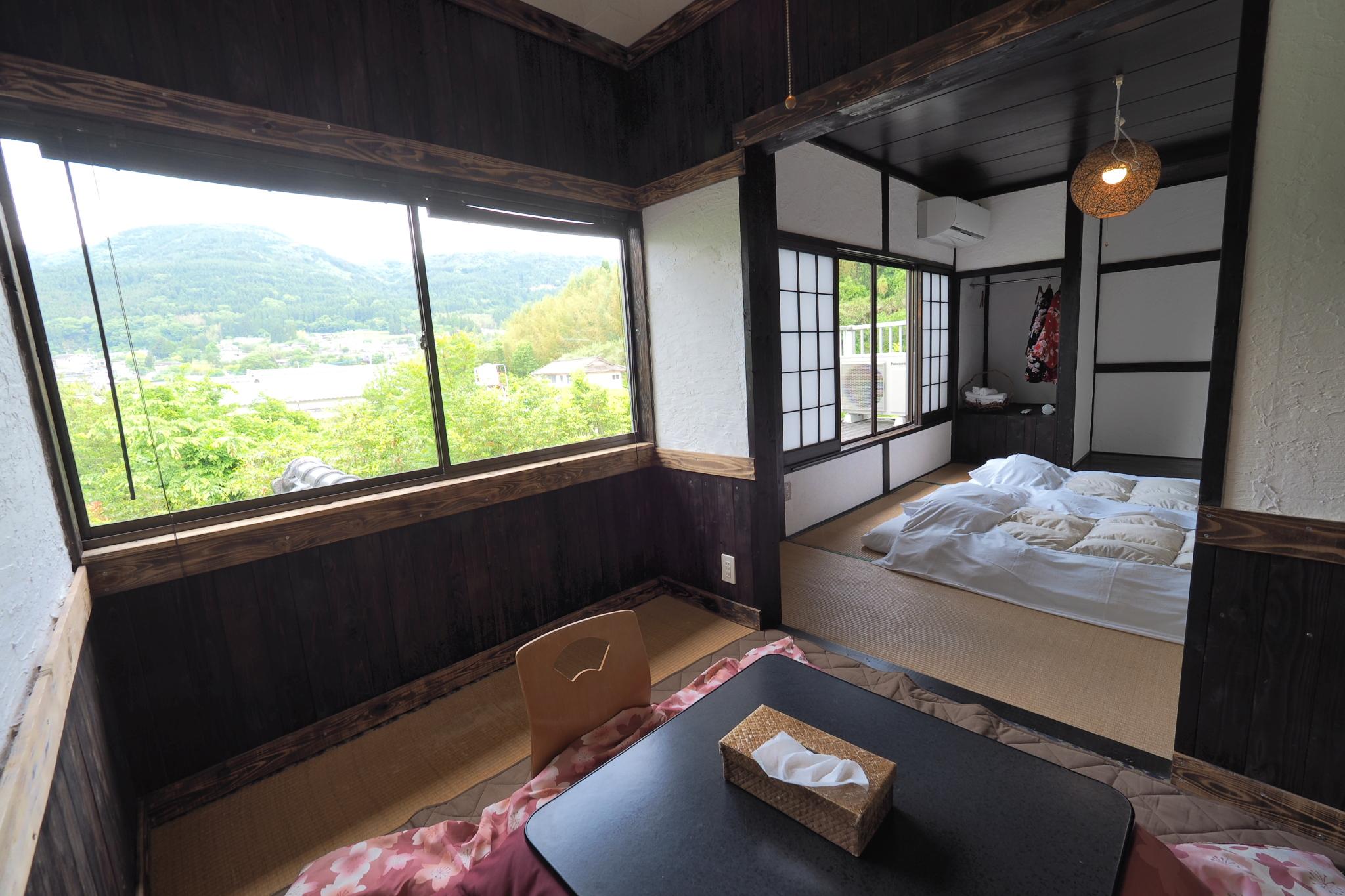 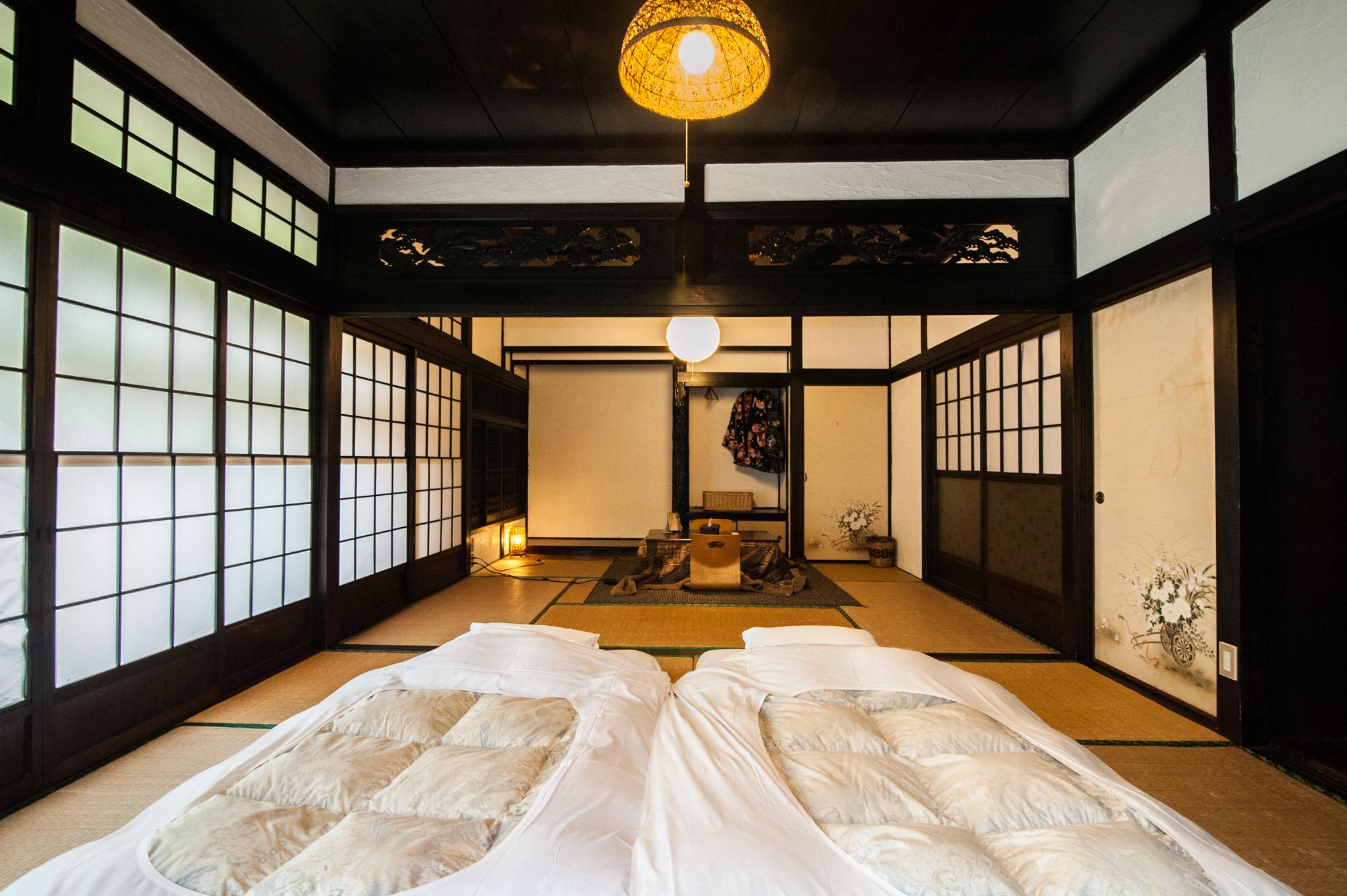 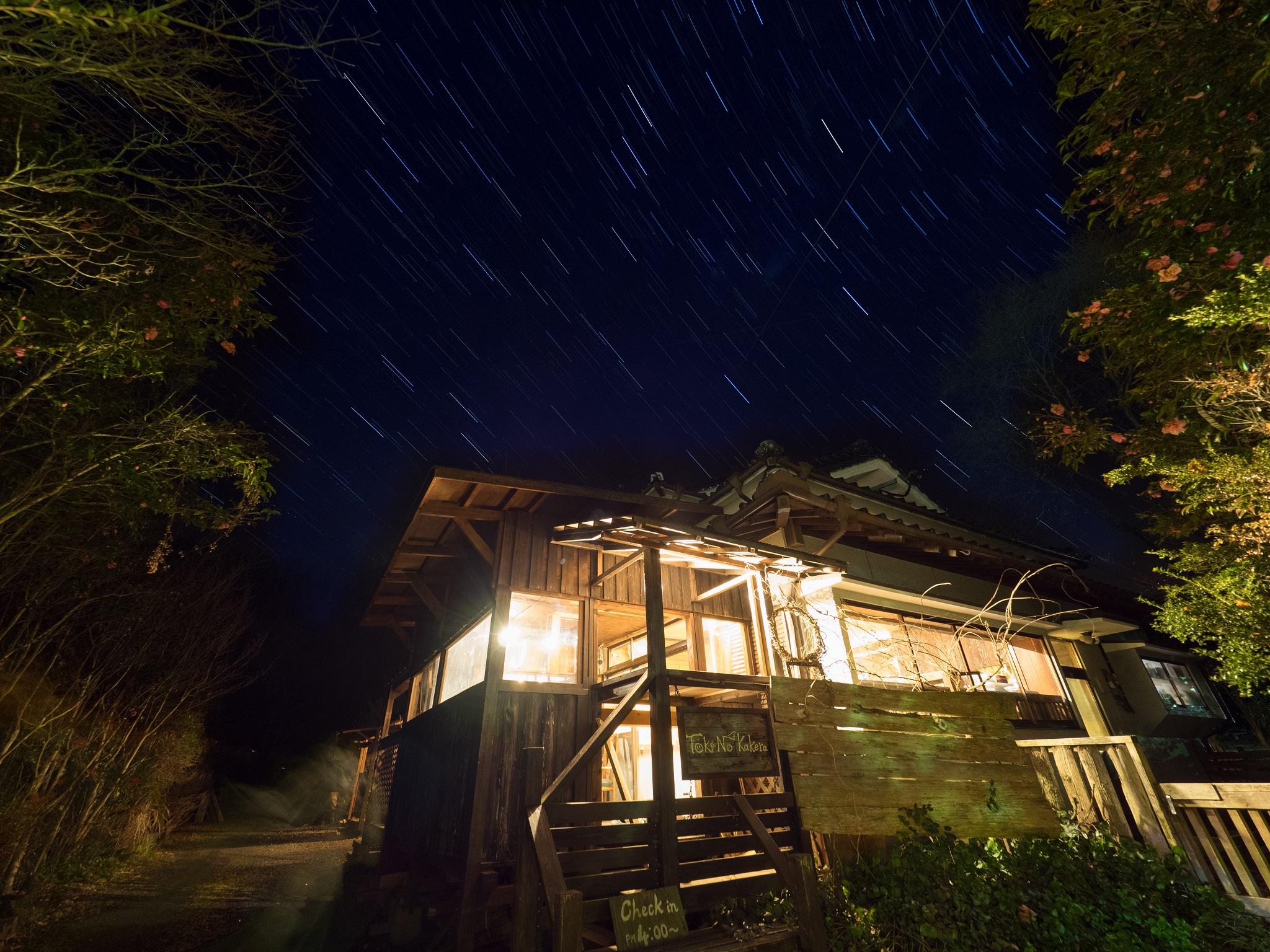 Feel Japan with Secret base”

I spent nice holiday because of this place. Everything is good especially the food provided was almost perfact to feel Japen. Moreover, the best thing was nice people there. They were not only really kind but also tried to break the ice when we were arrived. It is located in quite far away from the station. But for I, I rent a car from the airport, so It was not a big deal. It was the first time to take a rest in Onsen. It should be experienced before you died. That's really awesome. I super specially recommended. Hace a nice trip guys. !!

Our Best Stay in Japan”

We loved Secret Base Tokinokakera very much. It was a little haven nicely created by the Tokinokakera team. The food was fantastic, the onsens were nice (there were outdoor and indoor options), the yukatas were so pretty and the room was nicely decorated. We really enjoyed our stay there. We would like to do a shout out to Tomo san who kindly fetched us to and fro the Yufu Station. And he also kindly drove all the way back returned us my hubby's sweater & pant. Super cool chap! Anyway, we highly recommend Secret Base and hope it will also leave good memories like it did for us. :)

Everything is good beside of the bathroom. ”

The foods was fantastic. All the staffs were very nice. I liked the Japanese style bedroom.

I did love both breakfast & dinner there. If you need a relaxing journey, this is an option. You can have a Janpanese home feel style. The hotel location was far away from the station but they provided free car pick up.

Secret Base in the outskirt of Yufuin”

Our stay at Toki No Kakera was a pleasant experience. It's located in a village near Yufuin which was around 15 drive from Yufuin downtown. Taxi fare was around 800 yen but you can also call the owner to pick you up at the Yufuin train station. The owner, Kaz san, spoke good English and communication was not much of a problem even we spoke little Japanese. Our room was reasonably sized with tatami. Room rate was reasonable given the onsen facility. There were only 3 rooms so there was ample of time for the guests to take turns to enjoy the onsen privately. There was also a mini farm nearby where Kaz san kept his livestock. Food was a pleasant surprise, and you can pay just 1,500 yen extra for a Japanese hot pot dinner with local chicken. The only downside was that the heating was a little slow to warm up in our room- it did get a little chilly for the first half of the night but afterwards it seemed to be ok.

Very good place to have a rest... Kind staff, good pick up service, delicious breakfast. I have been in Japan many times and stayed in various accomodation I would like to recommend to all my friends~^^

Host is capable in cooking. We have excellent food and onsen during our staying. And also the family animals-chickens and pig are very funny.

Our family stayed 1 night there just few days ago. The price is at the best value compare with other hotels for a large room of 5 people (4 adults + 1 kid). The owner Kaz is the soul of this place - kind, polite and punctual. You can see his efforts and love to this place. If you are looking for a homey, local Japanese stay in Yufuin, this is what you should look for. One thing to be mentioned is the shared bathroom with low hot water pressure. But it is totally acceptable for just 1 night stay. Location is away from the main street but getting away from busy life is our key purpose to travel in small town (and there is nothing much to see at night in main street). Much appreciated the breakfast, dinner and shuttle pick-up!

it was my first time to stay at Ryokan, so i have no idea other places are better or worse. but staffs were very nice. they picked me up and dropped me off at the station when i want. the room and foods were clean and nice. but if you are looking for very very various and and traditional Japanese dish, it wouldn't satisfy your expectation. i liked it though.

Kaz the host is very nice. The room, the food and the onsen all great. The guesthouse is not located near the town centre, but Kaz offers pick up so it's not a problem at all. Good for travelers who want to be away from all the tourists.

Amazing! Well worth it!”

We absolutely loved it here! Only stayed one night but we were picked up from the station and enjoyed the onsen ourselves prior to dinner. The dinner was also very delicious and worth splurging on. The room is just like the pictures - very beautiful! It definitely feels like you're in the middle of no where -very peaceful. Although it was more expensive than my other stays, it was also the most memorable. Would stay here again!

The breakfast and dinner were outstandingly delicious with lots of fresh vegetables and a variety of food. However, it was disappointing that they only had one option for the meals. As we had a toddler we decided to eat there two nights and had to have the same meal twice... The owner offers free transfers to and from the heart of town each day which was really appreciated (otherwise, you'd need to get a taxi and that would significantly add up to extra costs). The family bath was amazing and beautiful but it would have been better if you could see outside more instead of the ugly roof... Our room was massive and clean. I'm not sure it was really worth the exuberant price though... I was expecting it to be more hidden up in the mountains.

Secret base was really nice to me. Peaceful and comfortable to stay in Yufuin. I Could use the Onsen to oneself. i can't forget the experience. Kaz and staffs were so kind. If i can have a chance to Yufuin again, I'll come Here ~~ Thank you for everything!

We had stayed for a night and as soon as we arrived we truly loved this place. It's quiet, beautiful and cosy. We also loved the animals there especially three beautiful cats. The place is about 10 min ride from Yufuin station. The staff offered free rides for us for our arrival and departure which was helpful. The onsen, breakfast and dinner were all wonderful. If we have the chance to come back this would be the place we wanna stay again. Big thanks to the staff as well!

once in my life time”

This place is beyond explanation. everything is perfect. the landscape along the way from train station to this Ryokan is fabulous. warm welcoming from host. private onsen with a choice of outdoor or indoor. great traditional meal, breakfast and dinner. absolutely will be back!!

i visited there couple of month ago. Of course they offer a ride but i walked to see some scenery. and that was a 'very' good choice. i could see the family happily hanging out each other and beautiful green things. And surprisingly white horses were eating grass(???). The House was a bit hidden in the village. But peaceful and lovely. And the host was so kind that i can still remember his voice. Actually he was kind of cute. Most important thing is that the breakfast was crazy delicious. That's the reason i'm writing this. I almost devoured everything like vacuum. That's exactly what i wanted in Japan. It felt sooooo fresh and super healthy at the same time delicious. Someday i'll go there and devour again.

Take a walk outside”

Located in a quiet area away from Yufuin station, the view was fantastic. And if you're lucky, you might chase a passing train in the distance.

The beautiful of mountains followed us from the time we were fetched fron Yufuin station to Secret Base. It was a pleasant surprises to be bumped up as there were no other visitors that night. The room was clean and quiet, and not to mention big; it would be good for the contemplative sort. The shower was with the onsen so one might need some getting used to. Dinner and breakfast were extremely delicious. Couldn't ask for more.

The owner Kaz and his staff make you feel at home from the moment he picks you up at the station. 6min drive away and you are in rural setting away from the tourists trapped by shopping. Unforgettable.

Far away from the tourist/crowd; staffs speak English; attentive services

Even though the hotel is far away from the rail station, the walk in the morning is very relaxing, refreshing and the view is excellent. The staffs are very attentive. The food is arranged in a artist way and very delicious.

Natural with fields and mountains surrounded”

Execellent small guesthouse with hospitality, effective communication in English, only 2 guest rooms for sharing hot spring room, nice breakfast in Jspanese/western styles fusion, quest rooms in traditional Japanese style, strong recommendation. Note to phone to guesthouse to take you in or need to walk for 30 min from nearest JR station.

Great for vegetarians and large room”

This is a very small, traditional Japanese 'hotel' ('house' would be better, but in a positive sense since the service was personal. Very large traditional Japanese bedroom. Best of all, as a vegetarian, I am very limited with food in Japan, particularly traditional Japanese food (even foods that do not appear to contain fish or meat are likely to, e.g. soups and sauces typically contain dried fish or meat in some form). I enjoyed traditional Japanese breakfasts and dinners, made specially for me, that were varied, tasty and I could be confident vegetarian to my standards (they spoke English so no problem there in explaining). Only (possible) minus: We arrived by car at night and had problems finding the place. This is partly because it is a bit out of the main town (an advantage if quiet is wanted), although not too far (about 20 min walk). Note that I did not fill in 'type of hotel' since this hotel does not really fit into any of the categories given. 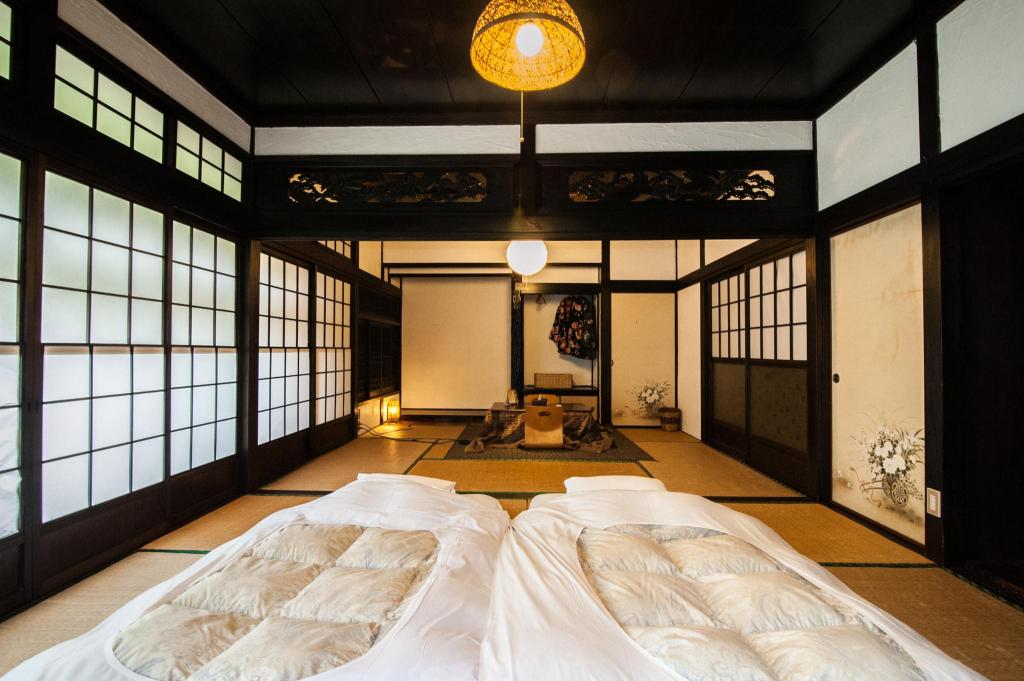