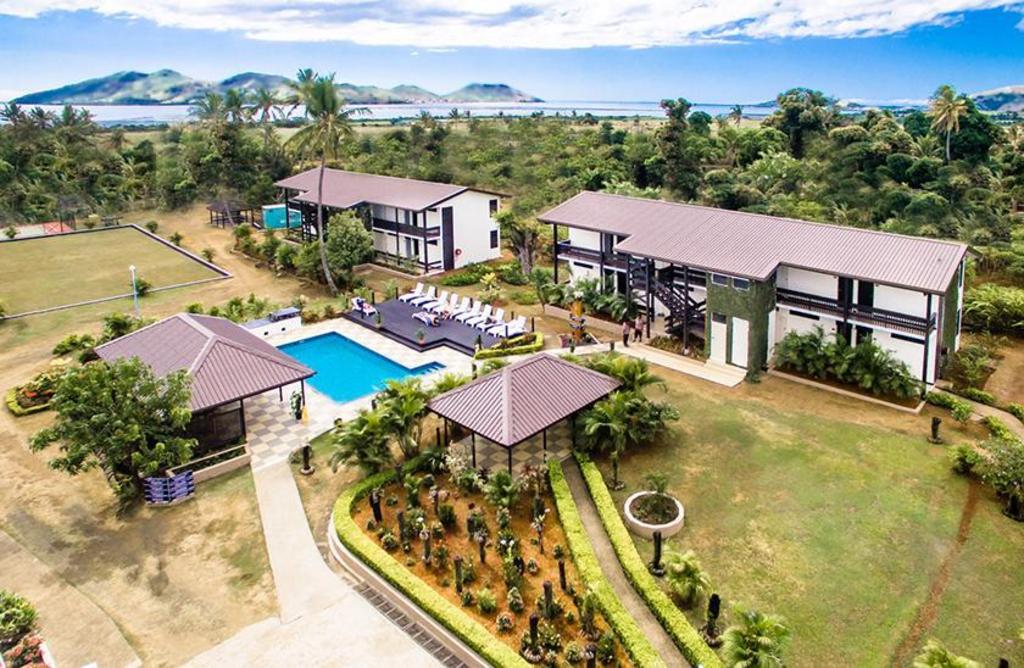 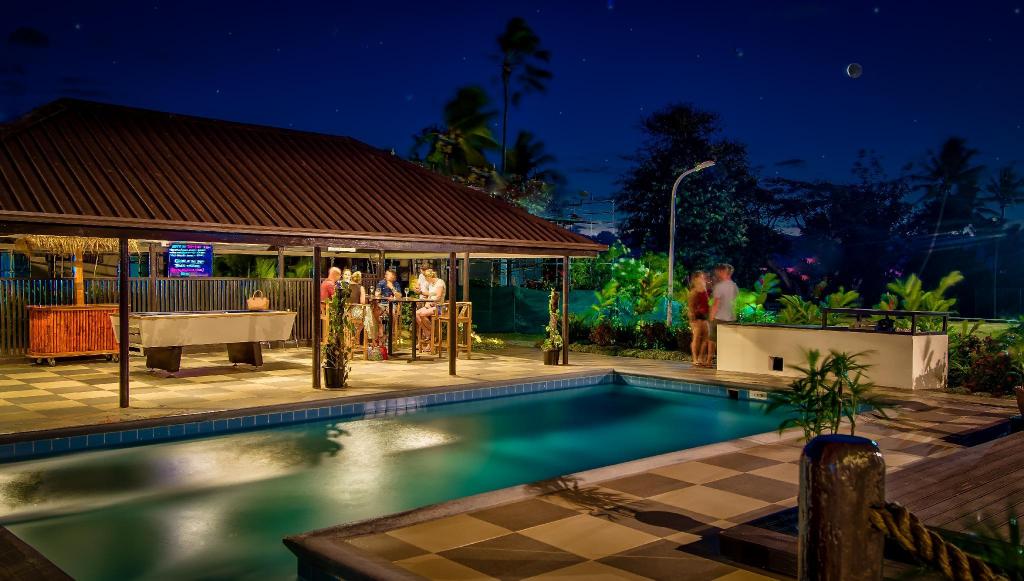 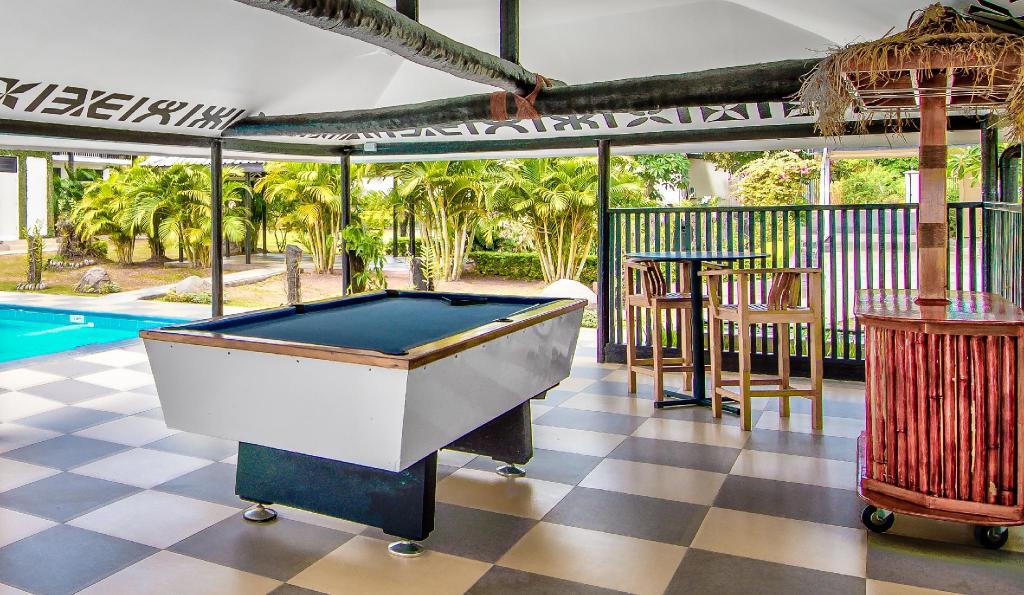 What time is check-in and check-out at Tanoa Rakiraki Hotel?

Check-in is from 01:00 PM, and check-out is until 11:00 AM. You may request early check-in or late check-out during booking, subject to availability. Guests checking in or out before or after the designated periods may be charged an additional fee. The hotel offers luggage storage to guests for before check-in and after check-out.

How do I get to Tanoa Rakiraki Hotel?

Wake up to a great continental breakfast at Tanoa Rakiraki Hotel.

What is the smoking policy at Tanoa Rakiraki Hotel?

Tanoa Rakiraki Hotel does not permit smoking in any of its rooms, but allows smoking in designated areas.

This quaint hotel is suitable for nature lovers, couples, and honeymooners in search of a quiet getaway. Some of the cozy hotel rooms include complimentary breakfast, while all are equipped with cable television, mini bars, and air conditioning. The on-site restaurant specializes in seafood, seasonal fruits, and vegetables along with local dishes. Challenge your partner to a friendly tennis match after a large lunch and burn off a few calories. The hotel also features a netball pool table and a swimming pool. The hotel staff is more than happy to assist with planning day excursions on the main island as well as water sport activities. The scenic and breathtaking location of the Tanoa Rakiraki Hotel offers guests a relaxing and tranquil experience while on the magical island. Tanoa Rakiraki Hotel is easy to book - just enter your travel dates on our secure online booking form.

"This hotel is great."

Features at a glance 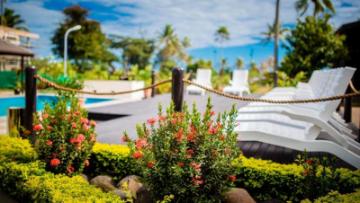 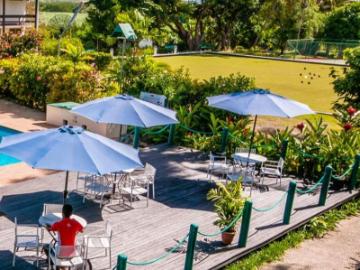 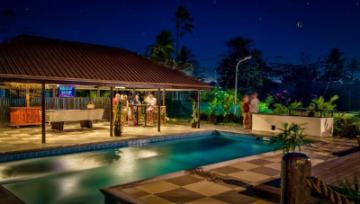 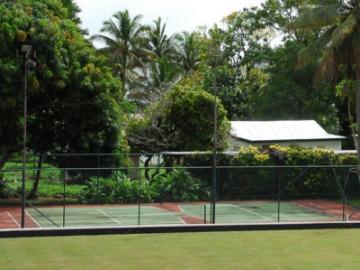 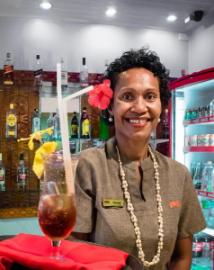 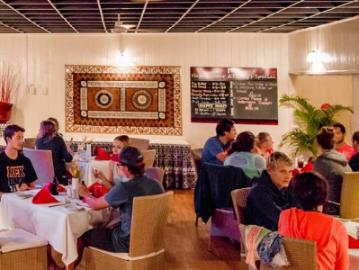 Check-in from: 13:00
Check-out until: 11:00
Show less
Compare to other recommended properties

We all enjoyed our stay here. Out of all the resorts we stayed at we rated Tanoa Hotel Rakiraki as the best of them all. Wonderful staff, Clean rooms and the lawn was memorable.

Did you find this review helpful?|
10.0
Exceptional
Tota from Australia
Couple
Stayed 4 nights in May 2018

My stay at Tanoa Rakiraki was very enjoyable and comfortable.

Bula Vinaka Tota Thank you for your feedback. Glad to hear that you have enjoyed your stay with us. Hope to see you again Vinaka Tanoa Rakiraki

Very disappointing room for the price”

We stayed in 5 different hotels in Fiji: most of them were fine; this was by far the worst in terms of value for money. There are only standard rooms available, which are located at the front of the property by the main road. (The rooms in the 2-storey blocks shown in photos in the garden area were destroyed in Cyclone Winston, and are now being reconstructed). That the room was small was not an issue: the size was clearly stated on the room details, and the photo was not misleading. However, our room was right at the front of the old block, right next to the road, which wouldn't be a problem if the room was properly sound-proofed: there wasn't even double-glazing, which meant that the traffic sounded as if it was rolling by a few yards from your pillow. Furthermore, the airconditioner compressor was located outside right by the head of the bed. Again, that wouldn't have been a problem with proper soundproofing, but all there was was a wooden wall, so every so often the compressor would start up, right behind your pillow. Fortunately I always bring earplugs, but my partner got very little sleep. The staff were fine and friendly, but the food and drink in the restaurant rather overpriced for the level of hotel. To compare: we stayed in a lovely little place on the beach at Nadi which was half the price. We stayed in The Grand Pacific in Suva, which was wonderful, but didn't cost that much more than this place. This place is simply overpriced for what it is, and does not constitute 'fair value', which was a pity, as we like staying at country hotels. Perhaps it will improve when the 2-storey blocks in the back are finished, but in the meantime I wouldn't recommend the Tanoa Rakiraki to anyone.

Better than I expected!”

This is a nice little hotel in Rakiraki, reasonably priced, and my stay was very satisfying. I would definitely stay again and recommend to others travelling through this wonderful little village!

Did you find this review helpful?|
8.0
Excellent
Vivienne from Fiji
Couple
Stayed 1 night in January 2019

This hotel is great. A little overpriced as all hotels in Fiji are. Wait for a bargain and use either booking.com or agoda to secure a more realistic price. Someone will start up a camper van business soon and then there will be some competition. Accommodation in Fiji is grossly overpriced. I live here and am wondering why. I know there are extra Government taxes but wages are low. Why do you charge so much??????

Had a very good experience with our stay for 3 days. Very good customer service. Food was just awsome...n price reasonable .peaceful environment. Package included breakfast..only need to work their breakfast options...variety is not there for breakfast if its included in d package. Rest all gud

i would stay again - great pool and gardens, close to rakiraki and island diving etc

Did you find this review helpful?|
9.6
Exceptional
Debbie
Business traveler
Stayed 1 night in May 2019

It would be good if there were black out curtain in the rooms. Too many lights on outside. Also the outside unit to my aircon was right under louver windows and it was very loud. Hard to get a great night sleep.

Did you find this review helpful?|
8.0
Excellent
linsay from Australia
Couple
Stayed 2 nights in April 2019

Would have had a great time there if it wasn’t for some guests in the hotel that were obnoxiously loud...

Beautiful location, lovely staff,great room. Perfect place for a break out of the city life !!

Did you find this review helpful?|
9.2
Exceptional
Yip from Singapore
Couple
Stayed 1 night in February 2019

Its easily locate and will not give a missed if you driving along the main road. Stay there for a night; its look just renovated and beautiful orchid plants in garden; compound is very well maintained.

Did you find this review helpful?|
9.0
Exceptional
Nigel from New Zealand
Couple
Stayed 2 nights in January 2011

Very enjoyable stay and shall definitely go back. Great staff and service.

Will promote to friends and co workers.”

Bula Vinaka Emele Thank you for your feedback. Really glad to hear that you have enjoyed your stay with us & we do hope to see you again Vinaka Tanoa Rakiraki Hotel

Disappointed with the food and breakfast

Did you find this review helpful?|
5.2
Krishneel from Fiji
Couple
Stayed 1 night in April 2018

Bula Vinaka Krishneel Thank you for your feedback. We will look into our Menu list. Hope to see you again Vinaka Tanoa Rakiraki

Bula Vinaka Karin Thank you for your feedback. Good to see that you have enjoyed your stay with us. Hope to see you again Vinaka Tanoa Rakiraki

Responded November 19, 2018
Tanoa Rakiraki Hotel
Did you find this review helpful?|
9.6
Exceptional
Maxime from France
Couple
Stayed 2 nights in May 2018