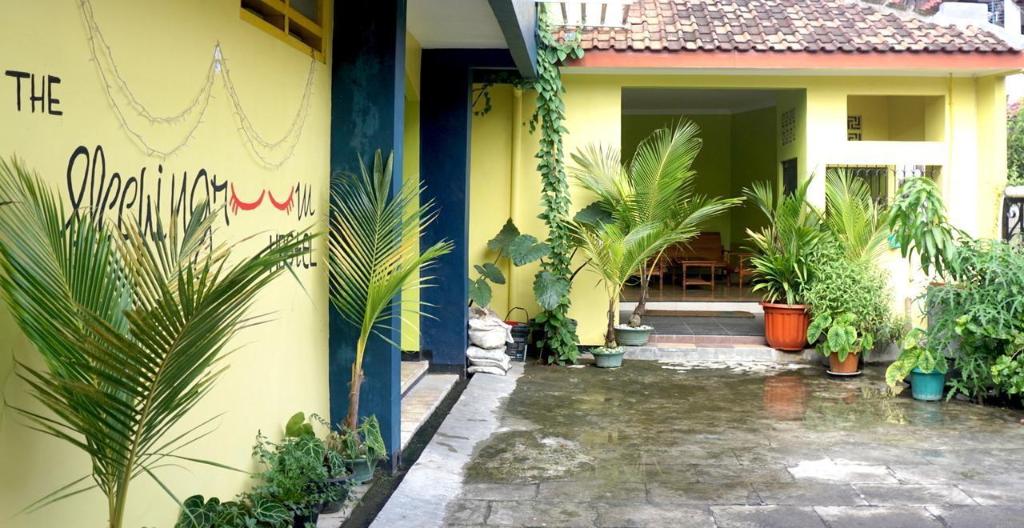 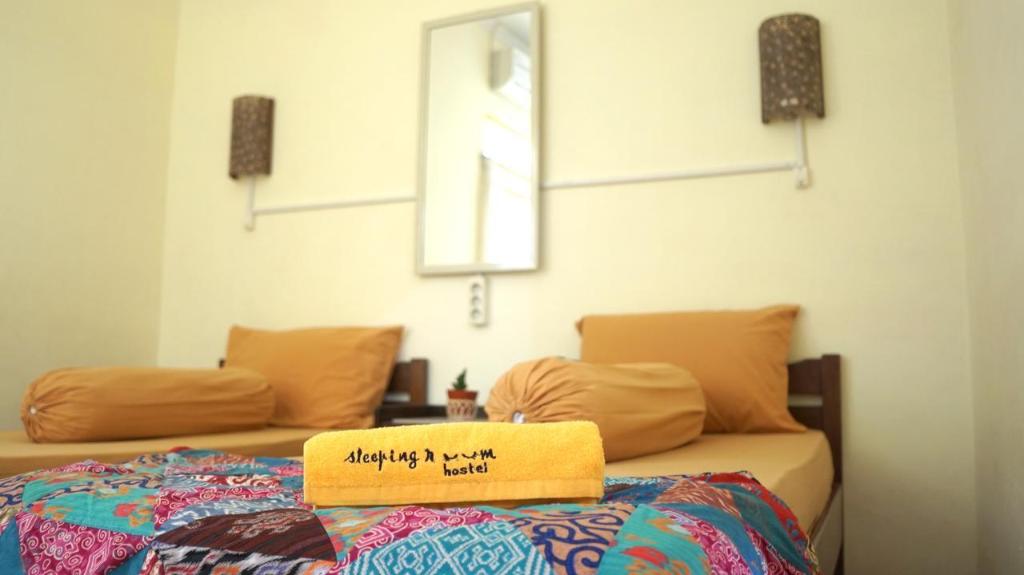 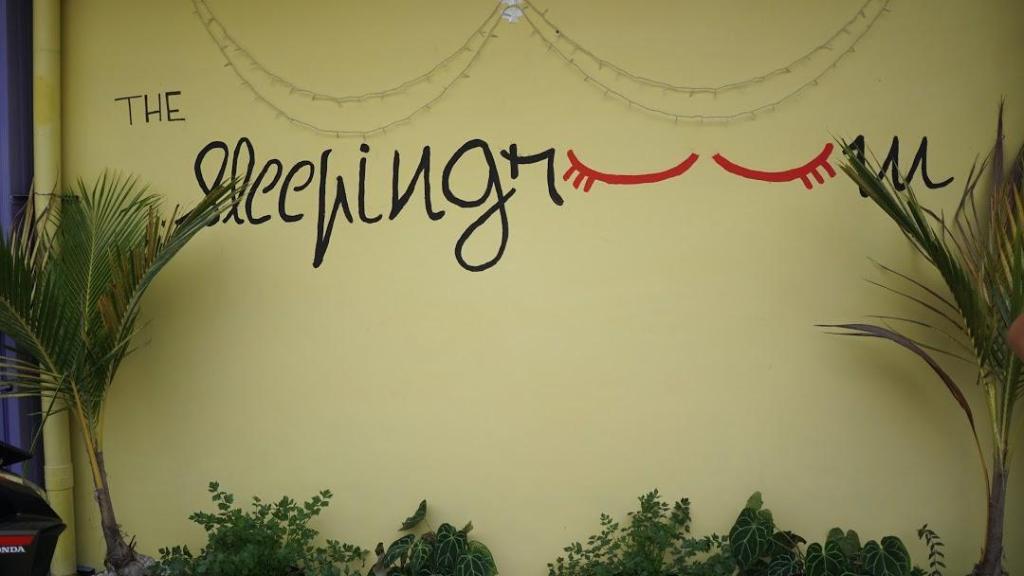 Cheaper than 99% of all properties in Yogyakarta in the last 24 hoursCompared to 1,661 Yogyakarta properties at Agoda for various dates

Rooms available at The Sleepingroom Hostel

What time is check-in and check-out at The Sleepingroom Hostel?

Check-in is from 01:00 PM, and check-out is until 12:00 PM. You may request early check-in or late check-out during booking, subject to availability. Guests checking in or out before or after the designated periods may be charged an additional fee. The hostel offers luggage storage to guests for before check-in and after check-out.

How do I get to The Sleepingroom Hostel?

The Sleepingroom Hostel is easy to access from the airport. In fact, you can even book your airport transfer in advance for greater peace of mind. Just use the "Let us know what you need" section of the booking page to let the hostel know you want to book a ride, and they will contact you via the Agoda messaging service with prices and more information. A stay at The Sleepingroom Hostel also comes with easy access to the neighborhoods around the hotel through the convenient shuttle service offered at the hostel. For those who wish to drive their own cars, The Sleepingroom Hostel has a car park right on site for maximum convenience. Parking is free for guests. You can drive in and park yourself, or use valet service offered at the hostel. If you're looking for an easy way to get around Yogyakarta with private transportation, the hostel can arrange both taxis or car rental.

What is the smoking policy at The Sleepingroom Hostel?

The Sleepingroom Hostel does not permit smoking in any of its rooms, but allows smoking in designated areas.

What people love about The Sleepingroom Hostel

More about The Sleepingroom Hostel

Offering quality accommodations in the culture, shopping, restaurants district of Yogyakarta, Sleeping Room is a popular pick for both business and leisure travelers. Set from the excitement of the city, this 1-star property commands an excellent location and provides access to the city's biggest attractions. With its convenient location, the property offers easy access to the city's must-see destinations.

At Sleeping Room, the excellent service and superior facilities make for an unforgettable stay. To name a few of the property's facilities, there are free Wi-Fi in all rooms, laundromat, taxi service, ticket service, wheelchair accessible.

Guests can choose from 3 rooms, all of which exude an atmosphere of total peace and harmony. The property offers wonderful recreational facilities such as garden to make your stay truly unforgettable. Sleeping Room is an ideal place of stay for travelers seeking charm, comfort, and convenience in Yogyakarta.

"Nevertheless we had an amazing time there!"

Reviews of The Sleepingroom Hostel from real guests

To start, the owners are amazing people. Always a pleasure to see them again and put you easily on ease. The house is a small hostel, with chilly vibes. Easy connect with people during breakfast, dinner, and when hanging out in your hammock. Quality and price is good. The bed are fine and the dorms are small and intimate. The area is nice and quiet. Lot of friendly people in the neighbourhood and you can eat some nice dishes nearby the hostel. City centre and other areas are easily reachable by bus or bike. I will definitely recommend this place!

I stayed here with my cousin and atm the hostel wasn’t really full anyway, there were 2 other people if I’m not mistaken. So, the place was peaceful and also homy! Its location is very strategic and surrounded by local-food. The staffs were kind and helpful. Will be back soon for another solo-travelling!

Comfortable and affordable place to stay”

The place was really nice and totally worth the price. Toilet and room were clean. They provided curtain for each bed in the mixed room and was a really good touch. Room for improvement would be more or bigger storage cabinet.

Thank you, The sleeping room has become the best place to stay for four days in Jogjakarta. a place that is suitable for the traveler and his staff are environmentally friendly clean. success is always The sleeping room.

The accommodation totally feels like home. I was working in the living room and forget that I need to check out before 11 AM, but the staff was totally fine with my late check out. The locker was pretty small, I carried a big backpack and a hand bag, ended slept with my hand bag :( but i really recommend for this hotel, totally feels like home. A lot of spots to chill and hangout or have a small talks with other guests.

Stayed here for 6 days. It's awesome and highly recommended especially if you are travelling with friends. Free breakfast, good wifi connection, toilets are clean and the best thing is the staff are super friendly and they are available all the time if you need assistance. We really enjoyed our stay here. Thanks Vivi and Gaga!

This place is awesome! Air con, free breakfast, good wifi, clean rooms, and amazing staff. All for a cheap price. I highly reccomend!

Hi Mr.Jeremy! Thanks for your review, glad to know that you're satisfied to stay with us. We wish we could host you again in another time. Nivi - The Sleepingroom Hostel

You are a fool if you don't stay here”

Pros The staff and managers are really awesome and so helpful. They truly know how to make you feel like family and also help to arrange all the things u need. They also encourage the guest to have dinner all together and is the best time. Cons. Toilet could be improved but is ok.

Hi Mr.Salavador! Thank you very much for taking the time to share your sleeping experience at The Sleepingroom Hostel. We hope this review can make us better for your journey next time. Glad to know that you're satisfied to stay with us. We want to sincerely apologize for any inconvenience you feel. We have noted the facilities that may be causing your uncomfortable stay. We will do the possibility to improve our Hostel. Feel free to contact us for your future accomodation, if you are planning to visit Yogyakarta again. We look forward to welcoming you back in the future. Kind Regards, Nivi - The Sleepingroom Hostel

When I first got there I was impressed by the friendliness and the professionalism of most members of the staff. However on my second night my body started to itch and I found a small insect on my bed. I hadn’t known how bed bugs looked like so I thought it was an ant or something however later in the night I woke up feeling unbearably itchy all over my body and I saw a few more of the same bug! I told Nivi, one of the staff members about it, and she was very helpful e.g. letting me move to another room and talking to the owner so that I could get my money back. In the end, I did get it back but it’s been over a week now and my body is still full of hives and red itchy spots. Hopefully in the future they can be more thorough when cleaning the rooms after each guest. TL;DR I got hives from the bedbugs, they gave me my money back but I’d much prefer not having hives at all it’s super annoying and excruciating

Very friendly staff and charming neighbourhood - thank you for such an enjoyable stay!

Actually, I was initially a little startled by the laid back set up, but their warmth is incredible. love these guys -- not just a nice thing to say after a relaxing time. they actually are wonderful

Hi Dimitrios, thanks for your review. Glad to know that you're satisfied to stay with us. Hope to see you again!

I stayed the hostel 4 nights, from June 21 to June 25. before I thought the workers very good. but at the last moment, I was check out, the asked to pay money. why ? because on the 22 I booked 2 times in agoda. first time, I booked wrong way, need pay cash in the hostel, but I booked again pay online in agoga. But on the 22 day I told the workers from the hostel, I booked first time wrong, and then I booked again payed online already. they said OK, and then didn't say anything, I thought it's no problem, they would cancel it. but at the last moment, when I was leaving go to Airport, they told me to pay. I didn't understand them, why? they just said I booked the frist wrong time also needs pay money. why? why I needed pay, I had already paid the 22. I stayed 4 nights all I had already paid. I asked them why on the 22 didn't tell me anything. she said:" I thought I would pay later." what? one I need pay 2 nights??? crazy people. they big problem, just on the 22 didn't tell me anything, at the last moment asked pay money, why they on the 22 didn't talk to me, if they told to me maybe I could cancel it, or maybe could move to next day. but they didn't want to talk to me, just at the check out time asked to pay, I want to say:" how many days now?" I booked 2 times at same day, sometimes I just make a mistake, but they reception workers helped me, they cancel by themselves, ot maybe change to next day, because I don't have to pay one day 2 nights. of course who would like to pay double money only one person. I have never met like that people, especially the worker man, he spoke to me mang very bad words. said "go away. go back to my country. and many Indonesian bad words, I understood. I want to ask everyone, what I did wrong, I didn't do any wrong, I booked 2 times, but I told them already, and stayed 4 nights I had already paid all nights.I just want to tell everyone, they people too bad, don't stay here. and the breakfast only dry rice, no hot water for shower. I will

The Staff are very friendly.

Dear Norasyikin, Thankyou for staying with us and share your experience with us! We glad that you enjoy staying at out place, for any inconvenience you feel we aplogize. Wish we can welcoming you better in the future. Thankyou & Kind regards, The Sleepingroom Hostel

A bit far away from main touristic points. Nevertheless we had an amazing time there! They have plenty of good advices, a customised map, and good bus connection. They are so helpful and nice :)

My room had hairs in various places on the bed from a previous person so I don't believe the sheets were changed. Carpet in room was very dirty. No toilet paper in the bathroom. My room was near the showers and it's very loud, much louder than you'd expect. I could hear every single person going to the bathroom so was woken up several times during the night. WiFi was out in the morning until the afternoon. It's an ok place for a night but would have expected a cleaner room based on the good reviews online.

Thank you Weiqiang, see you another day! 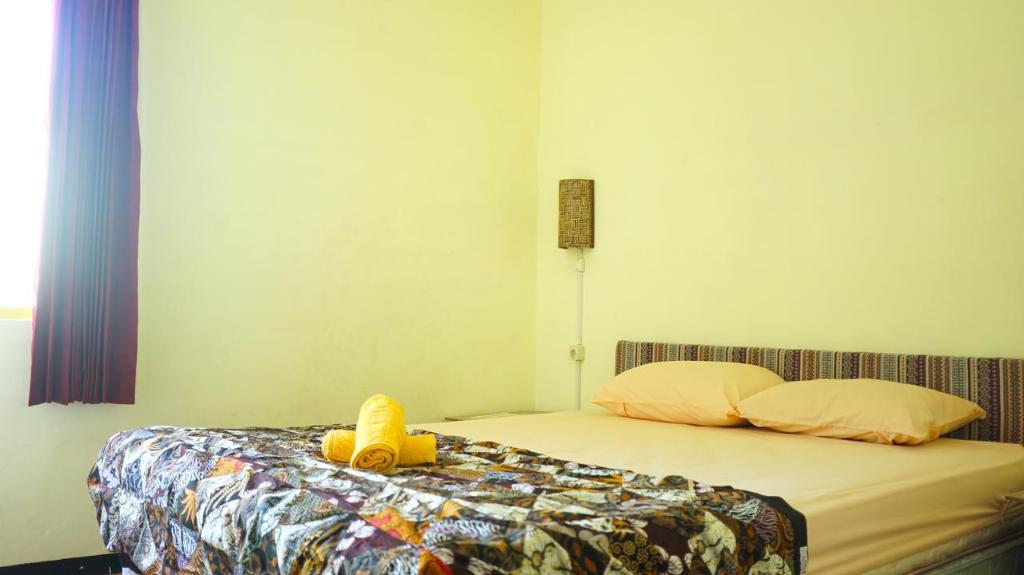