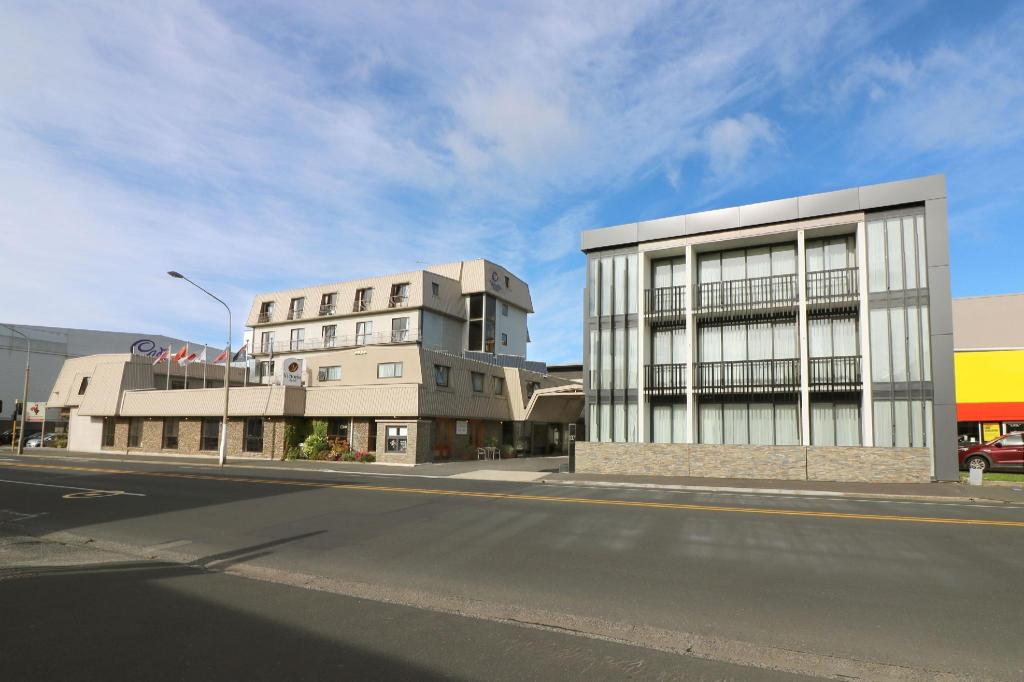 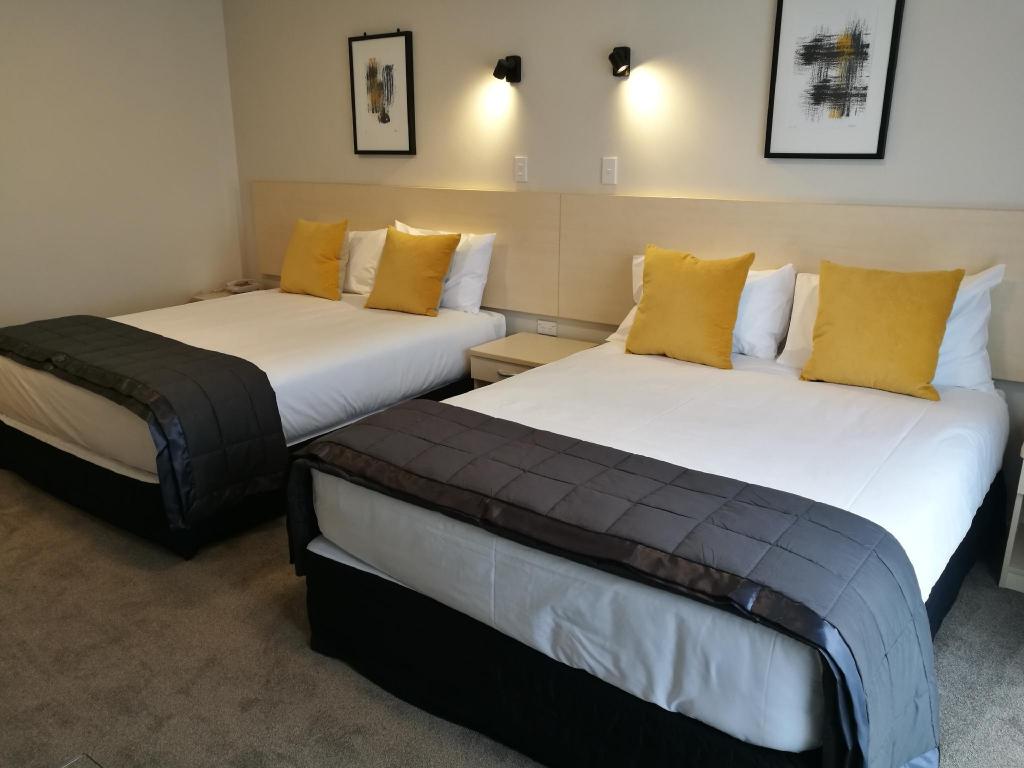 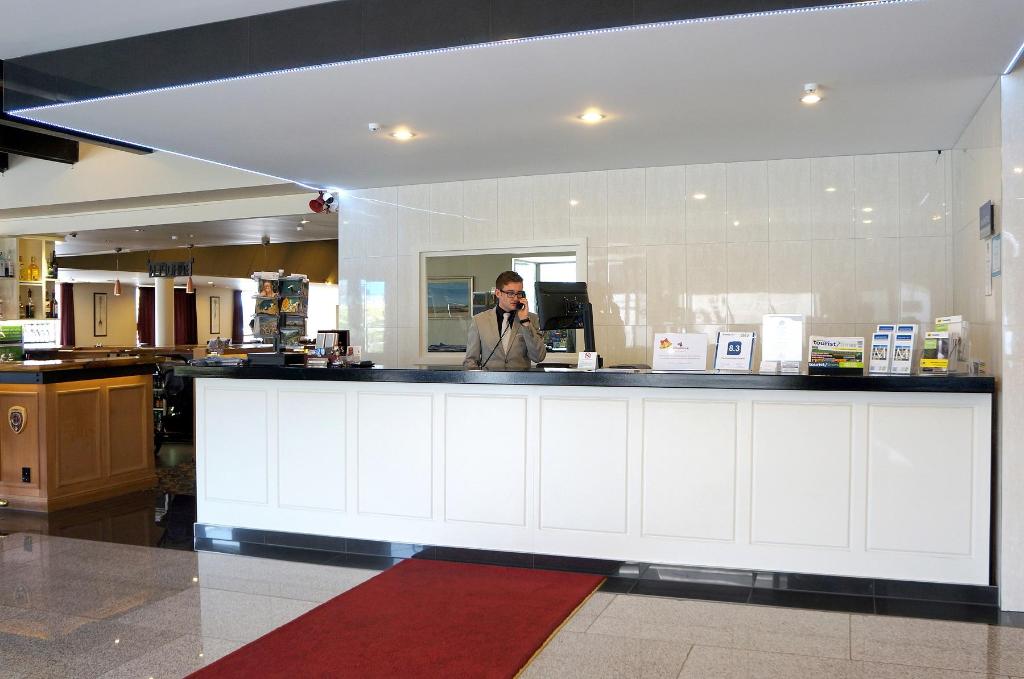 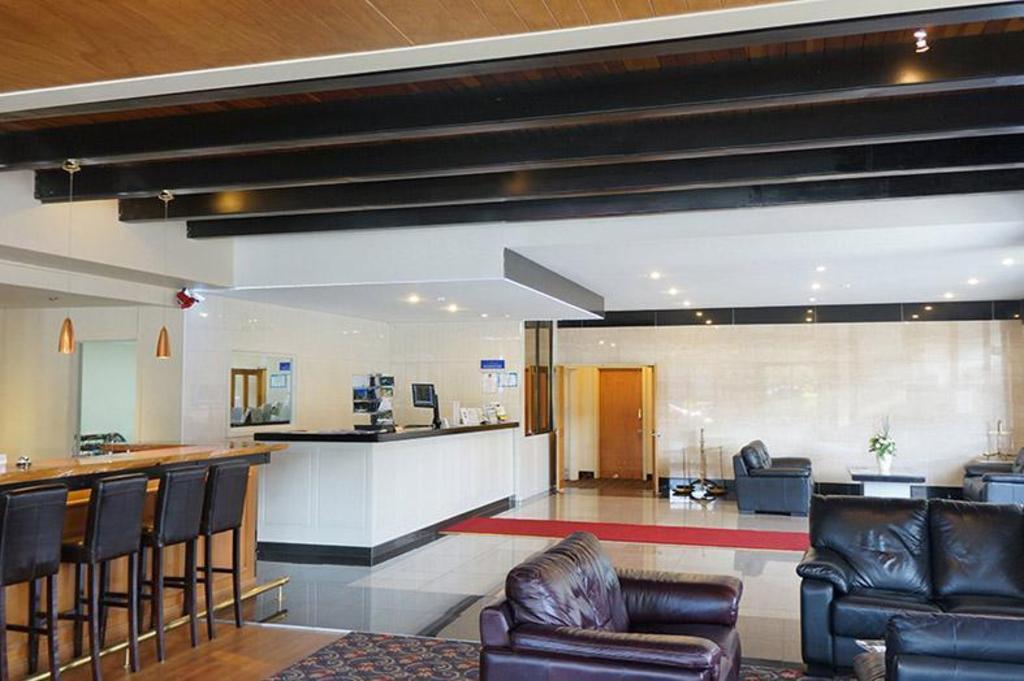 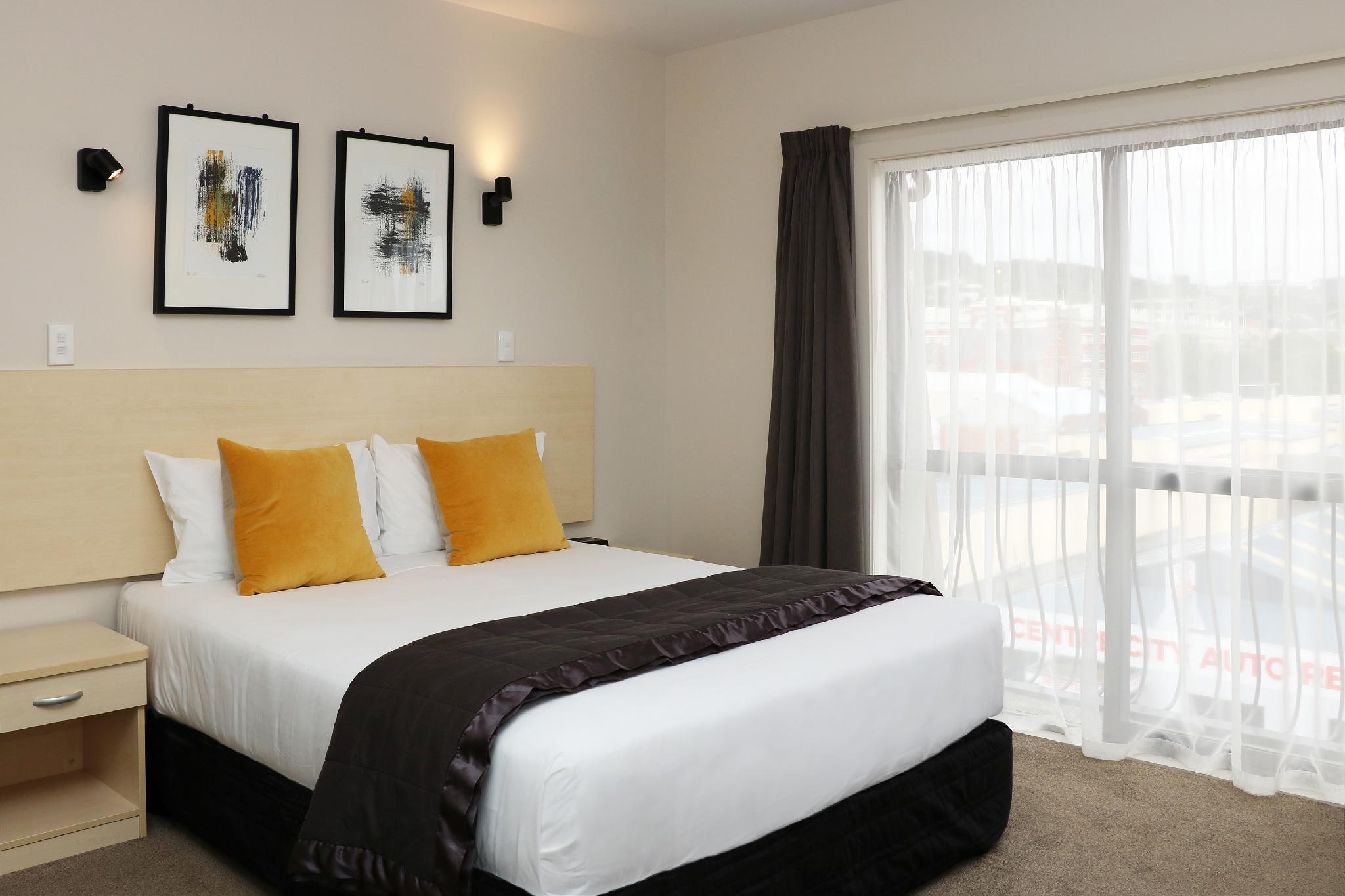 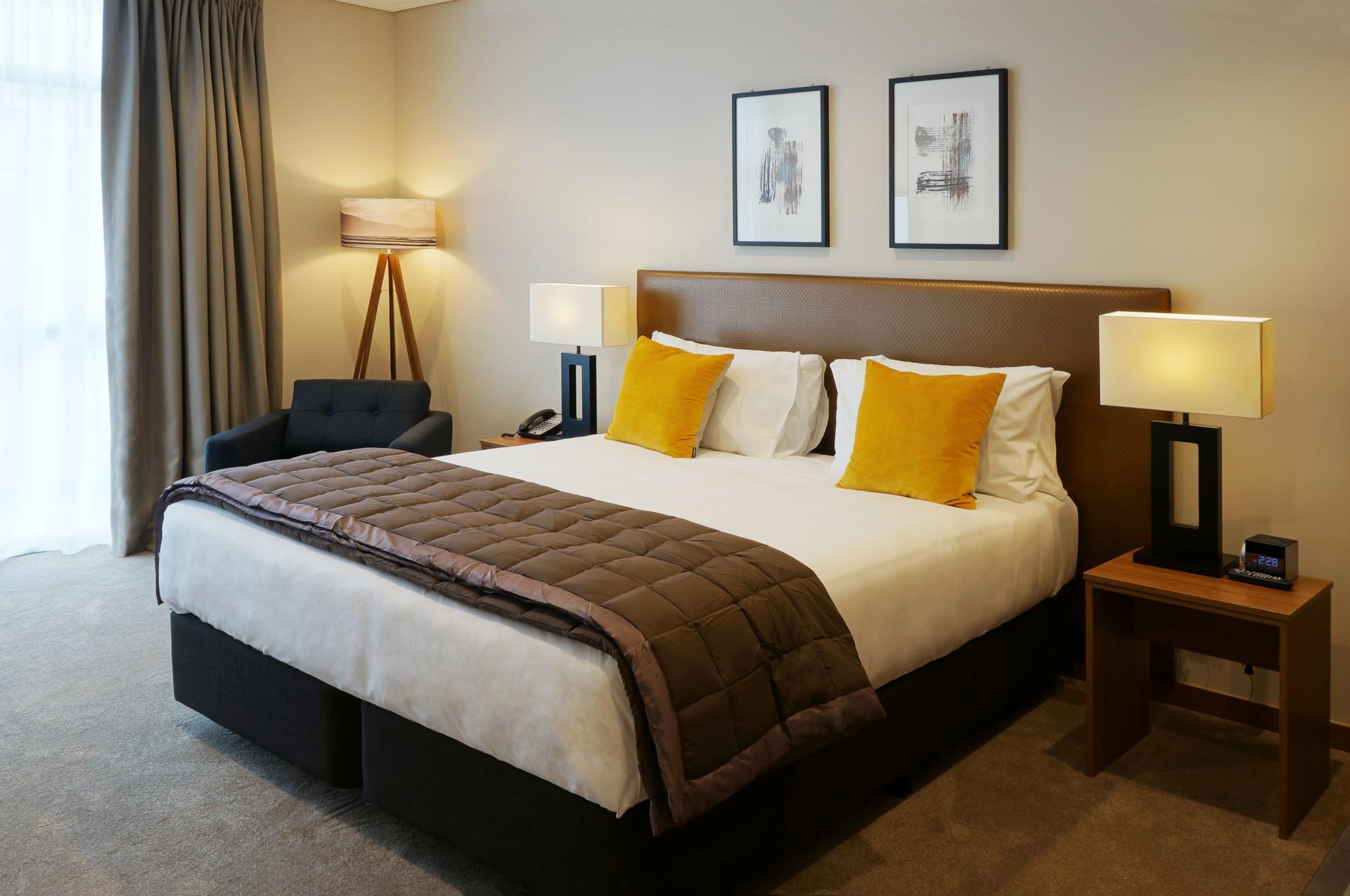 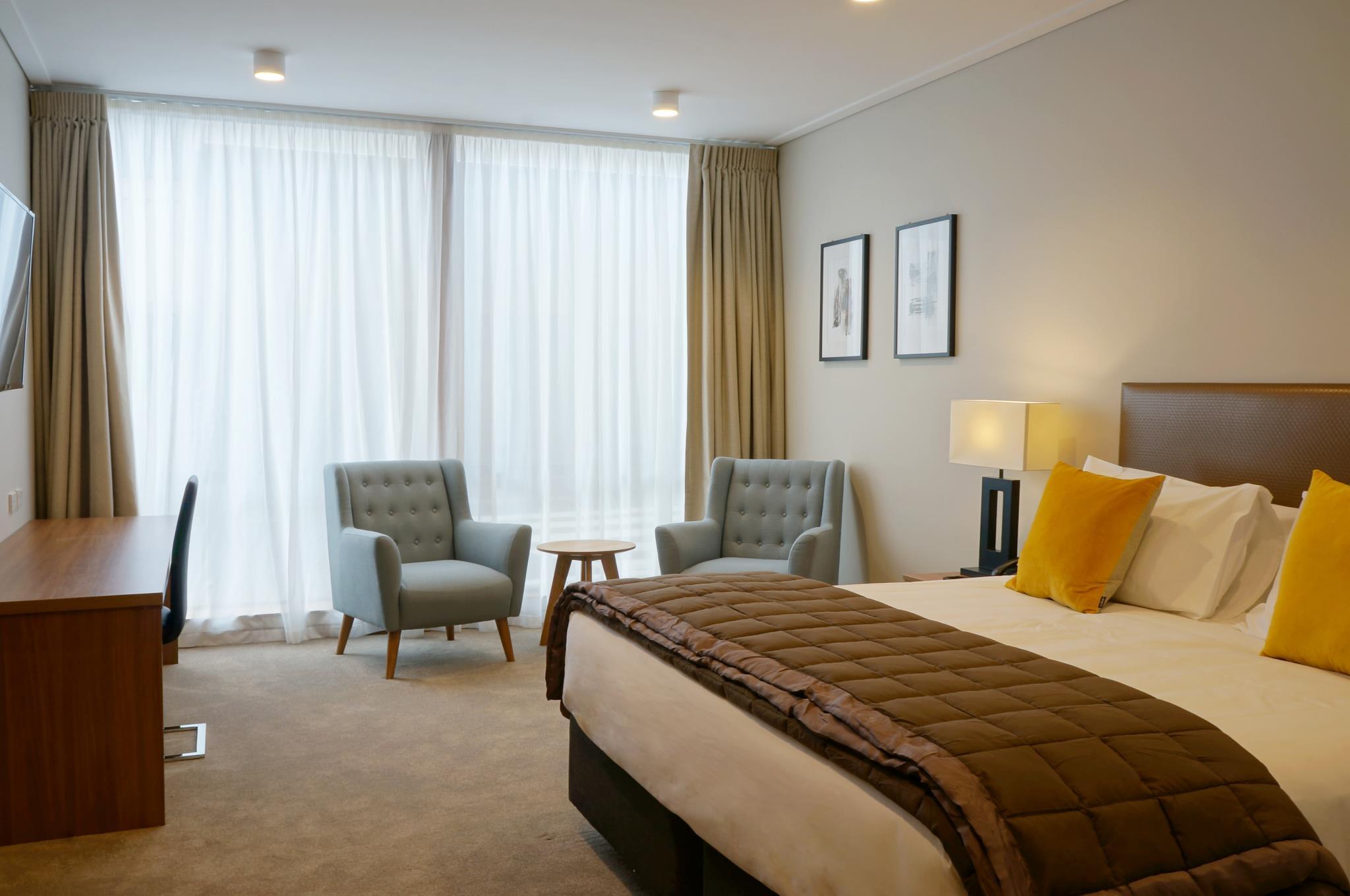 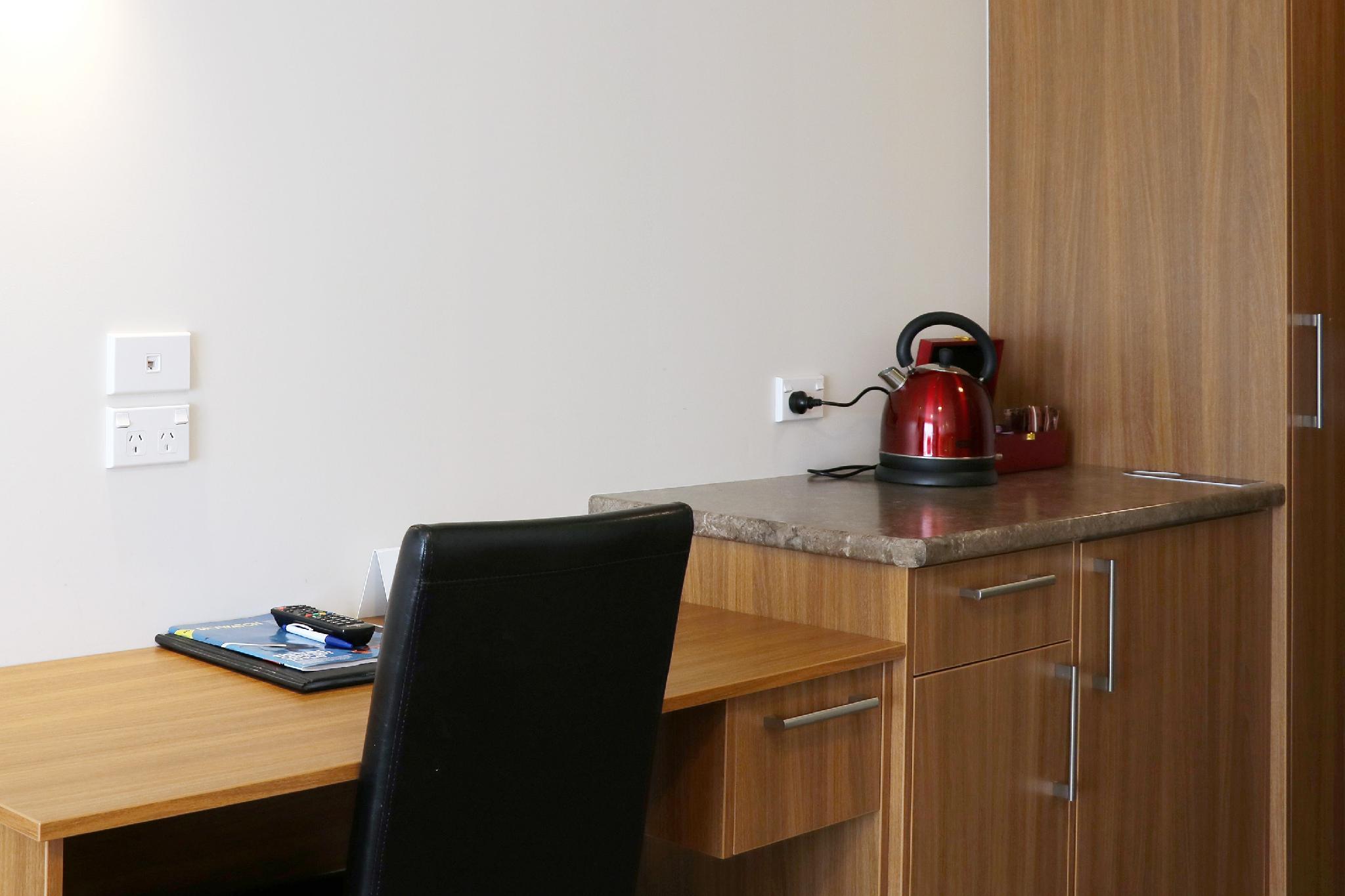 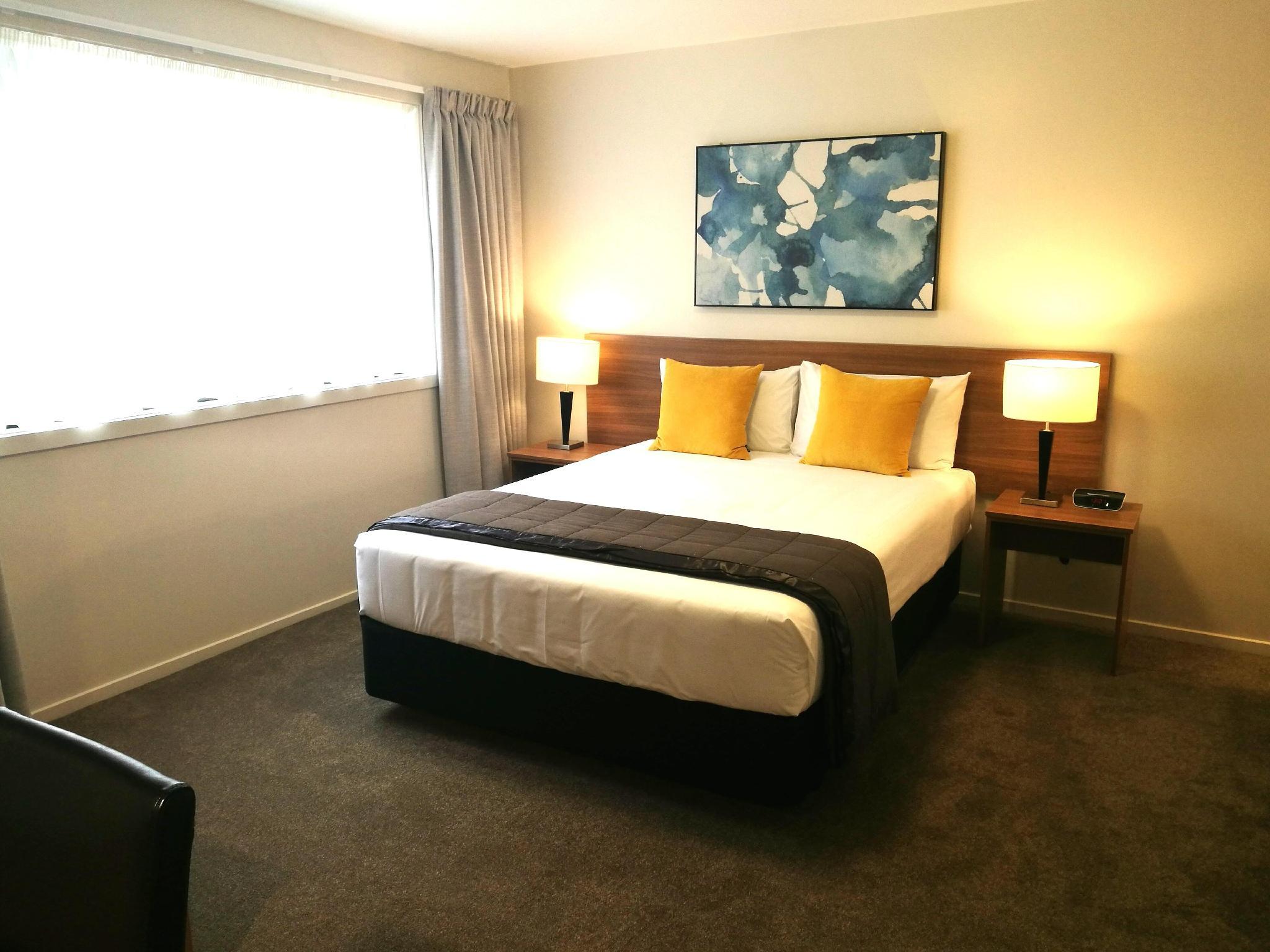 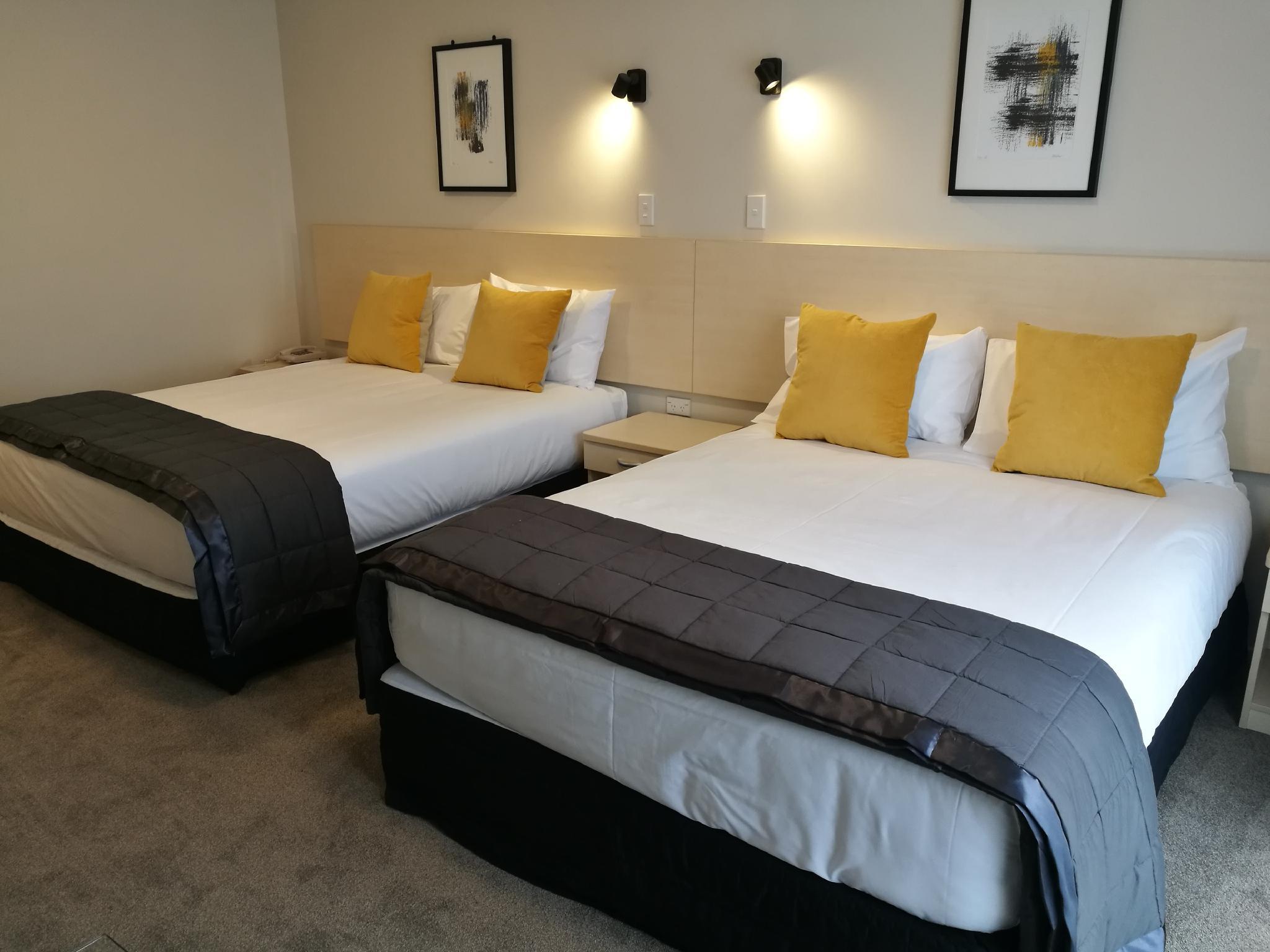 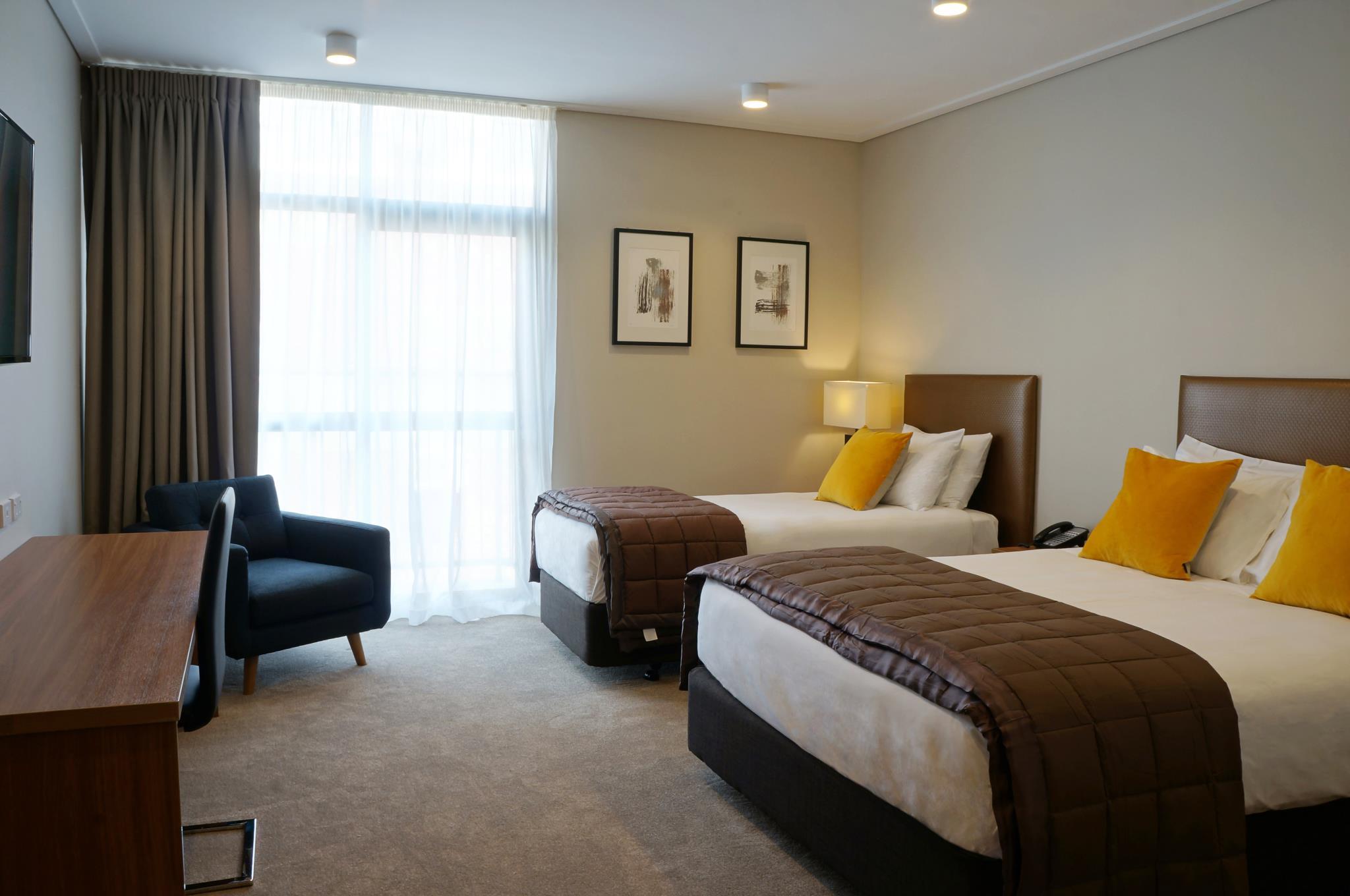 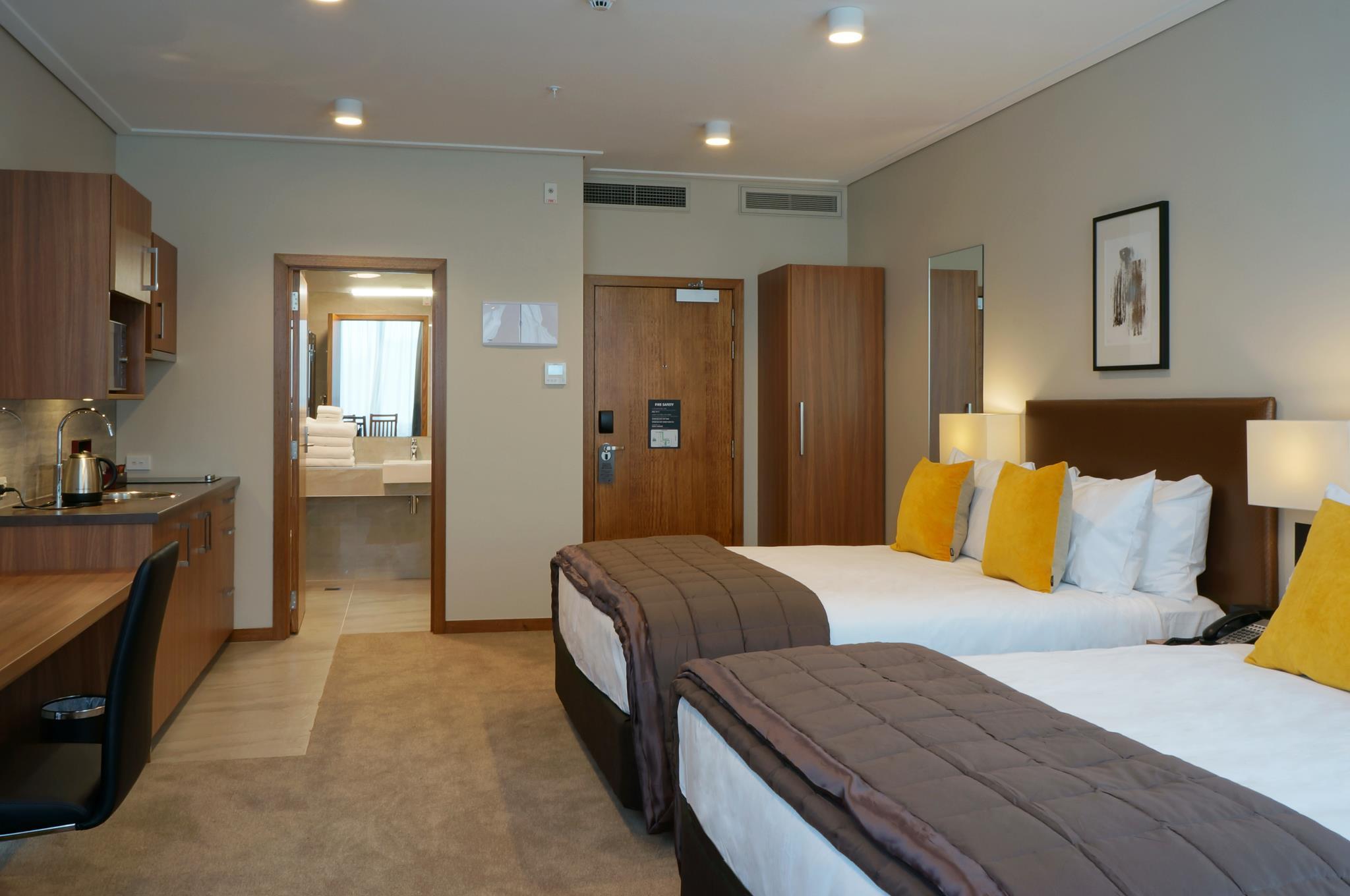 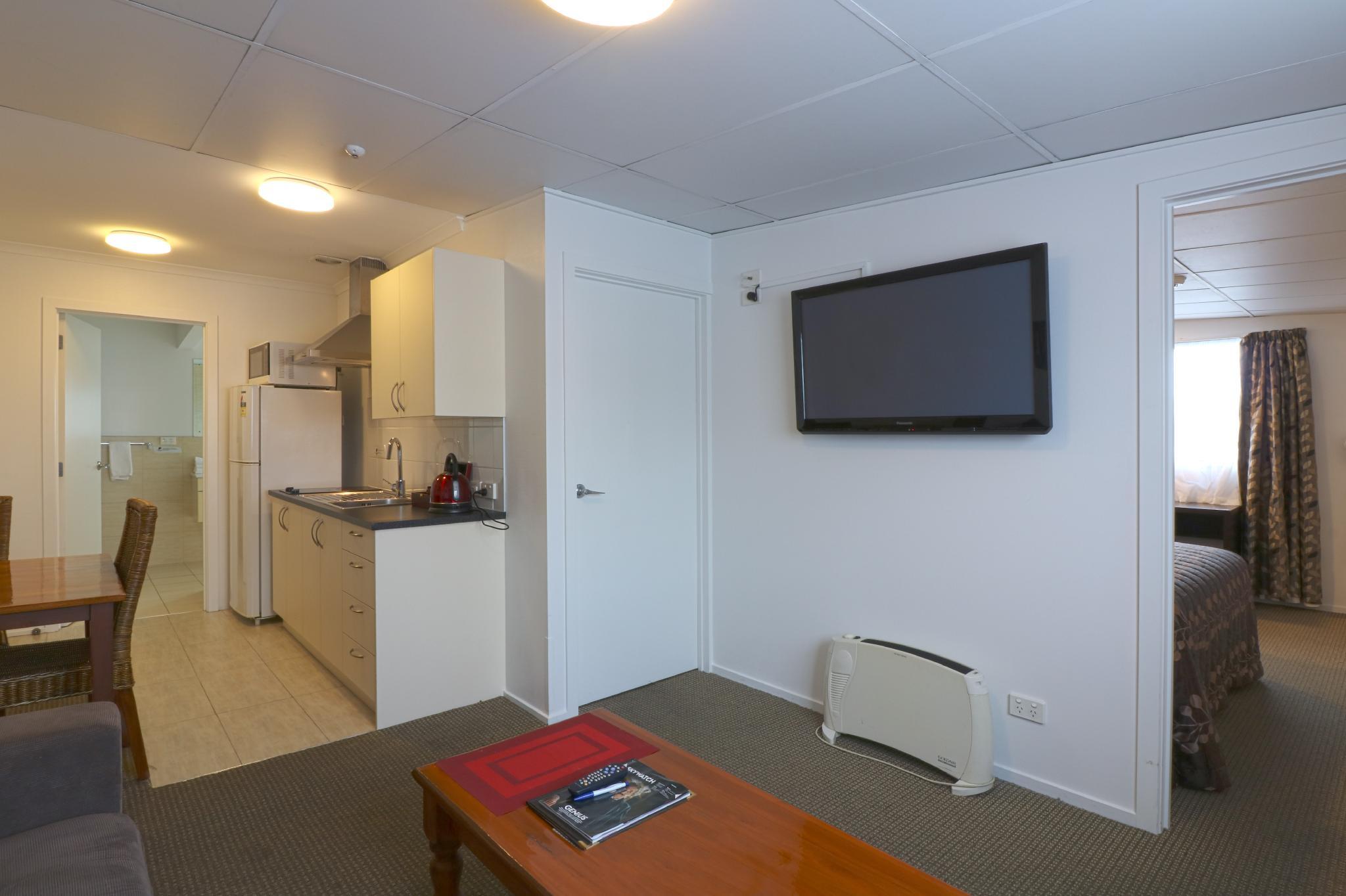 What time is check-in and check-out at The Victoria Hotel Dunedin?

Check-in is from 02:00 PM, and check-out is until 10:00 AM. You may request early check-in or late check-out during booking, subject to availability. Guests checking in or out before or after the designated periods may be charged an additional fee. The hotel offers luggage storage to guests for before check-in and after check-out. The front desk is always open, day or night.

How do I get to The Victoria Hotel Dunedin?

For those who wish to drive their own cars, The Victoria Hotel Dunedin has a car park on site, as well as additional parking nearby if the first car park is full. Parking is available for a fee of 10.00 NZD per day.

What is the smoking policy at The Victoria Hotel Dunedin?

The Victoria Hotel Dunedin does not permit smoking in any of its rooms, but allows smoking in designated areas.

What people love about The Victoria Hotel Dunedin

More about The Victoria Hotel Dunedin

Strategically located in the center of Dunedin, guests of The Victoria Hotel Dunedin will have easy access to what the city has to offer. Shopping districts are just a few minutes' walk away, and so to are other attractions such as Dunedin Chinese Garden and Olveston. The hotel offers a list of room accommodations fitting the needs of travel groups of all sizes and all for a decent price. Rooms are equipped with standard amenities and toiletries. Victoria Hotel is well-known for their open heart and open arm service attitudes. Visit the tranquil The Victoria Hotel Dunedin for a relaxing vacation in New Zealand. 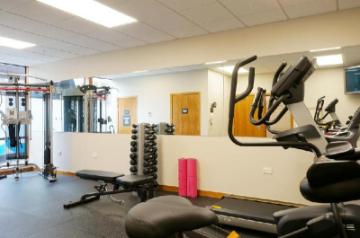 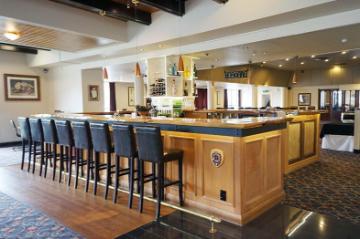 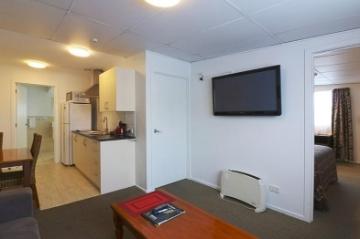 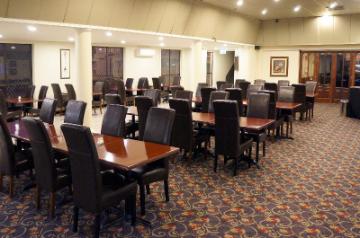 Reviews of The Victoria Hotel Dunedin from real guests

Our stay at Victoria Hotel in Dunedin was as usual absolutley lovely. Very enjoyable, with the most obliging staff where nothing is a problem. When we go to Dunedin the Victoria Hotel is Always our prefered place to stay, as we know that it is always spotless, warm and very comfortable. The Victoria Hotel is situated very close to town and between two major supermarkets, so very convient! It is also a stones throw away from the hospital which makes it excellent if you have someone in there. I wouldn't hesitate to recommend the Victoria Hotel to any of my friends. Thank You Victoria Hotel for making our stay a wonderful one.

The hotel is conveniently located and within walking distance to the shopping hub.

I took two teens to Dunedin and we enjoyed the hotel's convenient location. The two girls were able to walk to the shops and access McDonald's free Wifi, shop and browse around. The girls were impressed by Ben, the receptionist, who gave them total attention. Ben is courteous and helpful! Next door, just around the corner of the hotel is a nice little shop (Refind Rig) selling clothes with a great owner Sun, who can help with choices and accessories! The hotel is also within walking distance to the Octogan, the cinema and the Chocolate Factory (booking needed to go on guided tour but free chocolate afterwards). There is a Countdown Supermarket nearby and a NewWorld, so you can get fresh fruit and daily necessities there. Taxing from the airport to Victoria Hotel costs about NZ$90. But the airport shuttles are about $18 per head from the hotel. The only thing I noticed about Victoria Hotel that could be considered annoying is the noise. I heard people in the hallway most nights, one night I heard a couple having a big fight in the room next door.

In Dunedin for a function, the hotel was within easy walking distance to all central Dunedin attractions: shopping, restaurants, theatres, galleries,nightlife etc. Approx 15 minute walk from Forsyth Barr Stadium, but only 5 minutes from the Octagon, so very well situated. Good off Street Parking, friendly helpful staff, warm, comfortable spacious room. Didn't get a chance to try the restaurant, but looked lovely. Will definitely stay again.

Good locations and with friendly staff

Travelling to NZ such a great experience especially when reach to Dunedin as kids having great time visiting Cadburry and Taeri George railyway. The only thing wethear still cold even in summer time. Victoria hotel location just a few blok walking to all those interest places and also very close to shooping and eating area. We have great time and pleasure when spending holidays at Dunedin

This hotel located perfectly near the city 'hotspots' including the Dunedin Railway Station, George Street (shopping street and many restaurants), The Cadbury Factory, The Octagon, Otago Settlers Museum, The First Church of Otago... There were 2 big supermarkets (New World and Downtown) nearby so that we can safe money for food by buying foodstuffs from those supermarkets.

The Victoria has a great location for city centre, we like to be able to park our car and walk into the city centre, it only took about 5 minutes walk and you are at the shops. Reception staff were extremely friendly and efficient. On arrival we had been given a complementary upgrade to a room with two queen beds instead of two single which was great. The reception decor on arrival & car park were very pleasing to the eye and tasteful. The room really could do with refurbishment and new linen but the sheets were crisp, white and the bed was comfortable. We would stay again due to the location but be aware that the room which we stayed in was dated but we did not see any of the other rooms -we stayed in room 308. Carpets were clean & bathroom was clean. Room was warm and had a balcony too which was great to get some fresh air when we wanted it, this would be great in Summer. This survey recommended that we give the food and other services which we did not use an average comment, we did this but we can not say what the food or restaurant was actually like. We would stay again as great location & friendly staff. Hope this helps you decide, we have stayed in many hotels in Dunedin city centre and for the price this would be my choice at the moment. Our stay was October 2014.

Located very strategic in the city centre, nearby major touristic spots. Besides that the hotel staff were very warm and helful. I will certainly stay in this hotel again on my upcoming visit to Dunedin. Great experience

Had a great stay at this hotel. Lovely, helpful staff and central location handy to everything. Booked a room with a kitchenette, which was perfect and reasonably priced. Would definitely recommend to others and would stay here again when in Dunedin.

The location is perfect, being three minutes' walk from two major supermarkets and five from the main shopping precinct. The hotel is clean and the staff are extremely helpful.

I had a unit with a kitchen, which was clean and included a fridge, microwave oven, stove, toaster and electric jug. My only criticism is that the kitchen lacked some basic equipment such as small saucepan and frying pan (there were only enormous ones), chopping knife (again, only a huge one), tea towel, dish washing brush and so on. I could, however, make do with what was there, but for the money, I thought these things should have been included. Similarly, there was no bedside lamp in the room, which was strange, and only four coathangers in the wardrobe. One great thing about the room is that it had two large windows that could be opened to let in fresh air. This was important, as the room is not air-conditioned and could get stuffy, though Dunedin temperatures don't often get very high.

We stayed at Victoria Hotel for 2nights. Booked a Kitchen Studio. Very modern but mostly spacious. Full Kitchen, 4 seater dining table and 2 double/Queen beds with a Balcony. We were in the new wing. Staff were very friendly. Best part is the location. 3 mins walk to the main street and also the Chinese Gardens and Railways stations is not far. Highly recommend this place.

Will stay again if in Dunedin. Very comfortable bed not like some hotels which beds sagged when you sleep. However, the hotel should provides some cutlery in the room since they have a microwave oven in the room. We got some takeaway but can't heat food as there are no plates and no forks and spoons to eat with.

It's a modern hotel and I choose the room with small kitchen . The room is wonderful and you can walk to all the main tourist spots like Dunedin Station, the First Church. And it's really close to the supermarket.

Victoria Hotel was situated right beside the town centre where your could find lots of restaurants and bar. The location of the hotel was really convenient and the parking charges of $10 per day was reasonable as the area is a mini city on its own. The washing machine provided in the hotel was too dirty and not maintained properly.

The hotel is conveniently located next to the supermarket and Cadbury. There is also a Nando's restaurant downstairs, which has halal food for Muslim travellers. It's great that the hotel provides free wifi-many NZ hotels do not do so. The rooms are rather old and in need of a revamp, but they will suffice for a short stay. Shower gel should be provided instead of just soap bars. Overall, value for money for a stay in the heart of Dunedin.

This hotel is great! The staff were super lovely and the location is between two supermarkets and just around the corner from the Octogen + George Street. Definitely staying here whenever we travel to Dunedin.

Reviewed September 01, 2014
Did you find this review helpful?|
8.0
Excellent
Zhijian from Singapore
Couple
Deluxe Room
Stayed 2 nights in May 2012

it is very near the city centre. clean and comfortable room. it is not the best hotel that we have ever stayed nor the worst. in winter, there are sufficient parking lots but i wonder if they have sufficient lots during peak seasons. dunedin is a small city (based on asian standards), although it is considered a big city in south island. so it is not too far from anywhere.

Hotel is situation very near to the Dunedin Railway stations and within 5mins walk to either Countdown or New World Marts Room is big and clean with a small balcony ledge, thou abit dated and comes with a smell upon check-in, which soon disperse after venting the room. Wifi signal is good and unlimited usage

We stayed at the 2-bedroom penthouse. The 2nd bedroom was rather small with no dresser table or cupboard. The kitchenette was sufficient and the bathroom was spacious. The best thing about Victoria is its central location--it is within walking distance to the main shopping area in Dunedin.

This hotel was great! It was kind of empty but still great. It's really close to the intercity bus station on St. Andrews st. We got to Dunedin late in the night so that was really good. The hotel is very clean, and the beds are pretty comfortable. It's really value for your money. Everything is in close proximity. I would def. stay here again..

Best nights sleep in a dunedin hotel ever! Quiet, clean and spacious. If I find myself in Dunedin again I’ll definiately stay here 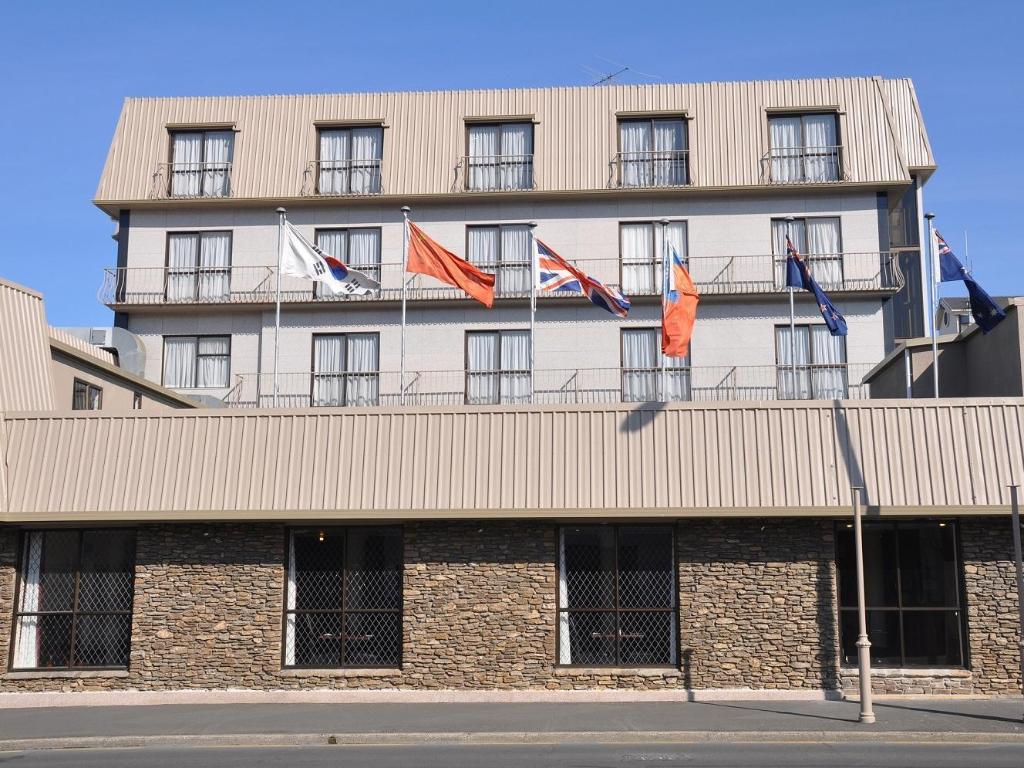