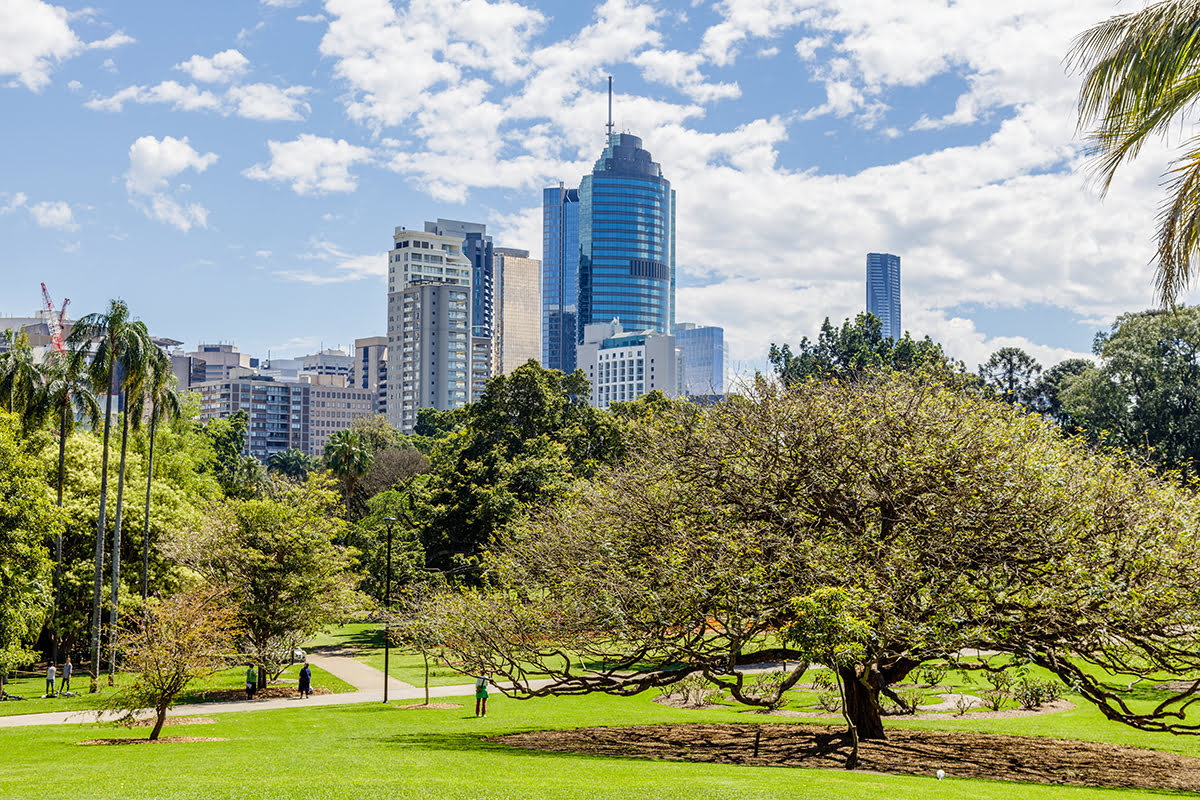 Brisbane City Botanic Gardens was added to the Queensland Heritage Register on February 3rd, 1997 and is described in the Register as “the most significant, non-Aboriginal cultural landscape in Queensland, having a continuous horticultural history since 1828, without any significant loss of land area or change in use over that time. It remains the premier public park and recreational facility for the capital of Queensland, a role it has performed since the early 1840s.”

Admission to the Gardens is free of charge, and the Gardens are open 24 hours a day all year-round, with lighted pathways after dark. Dogs on leashes are allowed in the park. Volunteers provide free tours of the Gardens twice a day, six days a week.

With its meandering grounds, City Botanic Gardens include Brisbane’s most mature gardens and are bordered by shade trees which create avenues and groves. A lake and formal lawns, gardens and structures provide a diversity of recreational activities. A series of interconnecting paths link a riverside concourse with other perimeter paths. City Botanic Gardens contain an avenue of Bunya Pines (Araucaria bidwillii) planted in the 1850s and an avenue of Weeping Figs (Ficus benjamina) planted in the 1870s. Also contained are a variety of other rare plants, particularly cycads and bamboo, as well as palms and figs – some in formal planting arrangements within the lawns, others within mass planted gardens – and an avenue of Cook Pines (Araucaria columnaris). 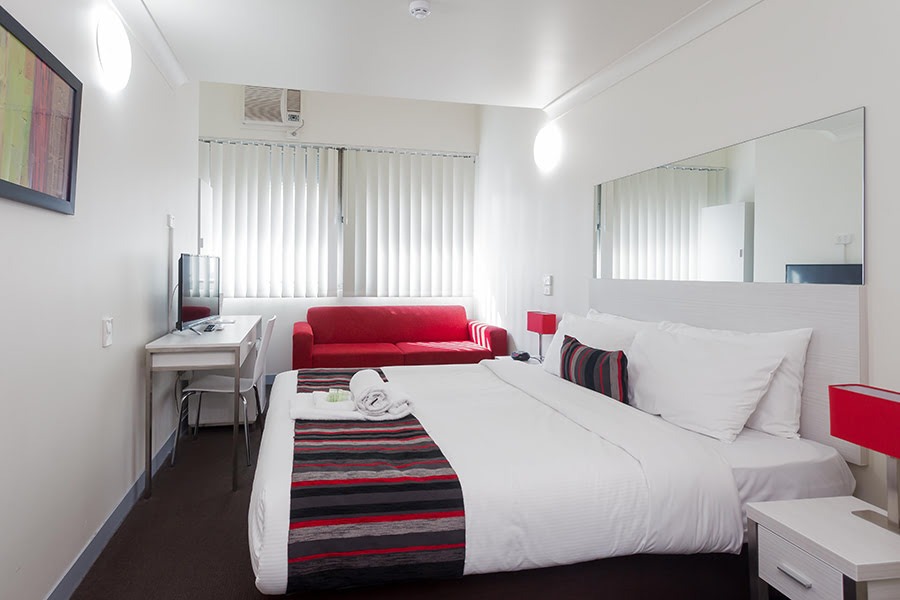 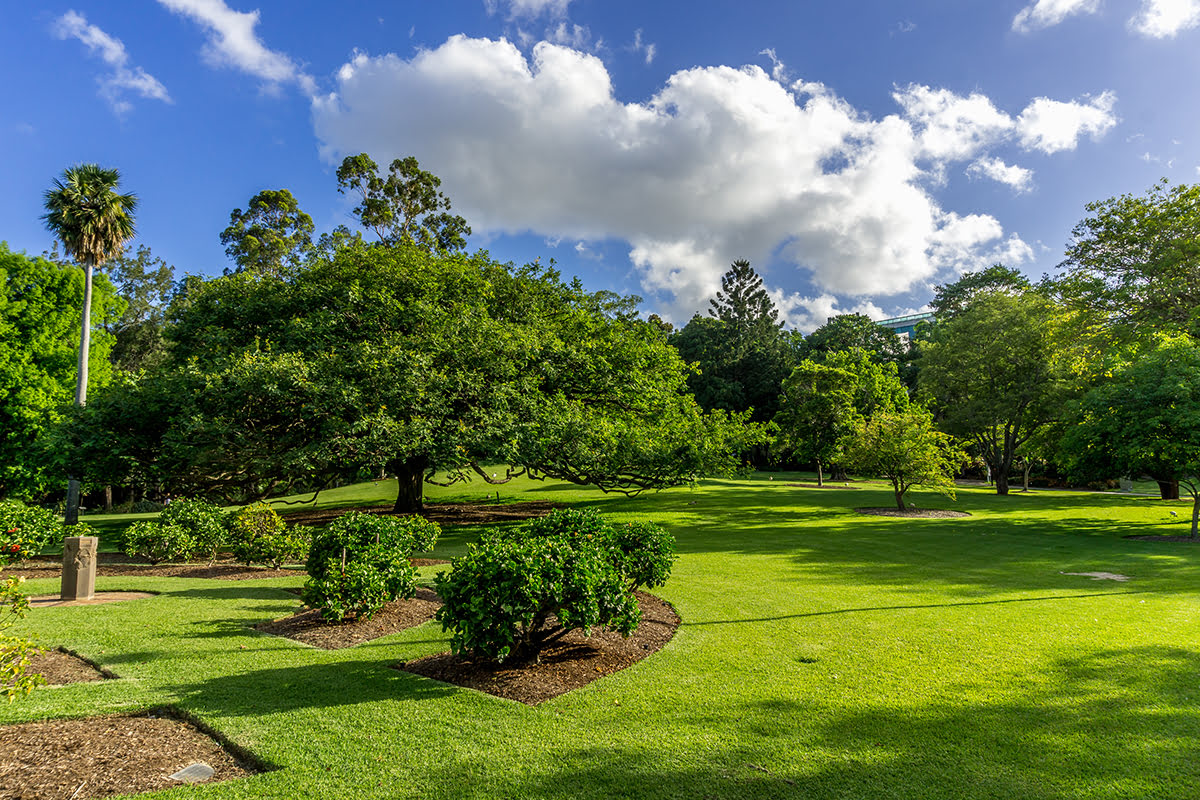 Attractions at City Botanic Gardens include the Bamboo Grove, Weeping Fig Avenue, ornamental ponds and so much more.

Baldwin Lawn Playground, which includes an accessible carousel and an accessible sand digger, is an all-abilities playground that provides a variety of play experiences, no matter the visitor. It provides access for children in wheelchairs, has a mix of equipment that is stimulating and interesting and is a place where children of all abilities can play together in a safe environment. The playground has wider pathways to allow caregivers to walk alongside wheelchairs and accessible toilet facilities.

Bamboo Grove is a collection of 23 bamboo species. It was planted to commemorate the bamboo collection that was lost in 1937. This occurred when the gardens’ Fern Island attraction was drained and filled as a result of mosquito complaints.

Jemmy Morrill and the Brolgas sculpture

Queensland artist, Lindsay Daen, created a bronze sculpture of a 22-year-old seaman, Jemmy Morrill, who was the sole survivor of a shipwreck on the outer edge of the Great Barrier Reef in 1846. Aboriginal people found him, and he lived with them for 17 years before returning to a European settlement in the Bowen district. He went on to play a key role in improving relations between the Aboriginal people and early settlers.

Harry Oakman, a landscape architect and former Manager of Brisbane City Council’s Parks’ Department, designed the top ornamental pond. It was created between 1958 and 1960. The lower ornamental pond was part of the Brisbane City Botanic Gardens’ original natural creek system.

Since it was opened in 1989, over 1.5 million people have enjoyed Riverstage. It’s estimated that every year more than 100,000 people attend events at this 1980s grassed amphitheater located to the south of Residence Hill.

In 1867, the Walter Hill drinking fountain was built to provide much-needed drinking water to the public. The fountain was used until 1930 when new bubble fountains were installed. These were more hygienic than drinking with a cup, which was the case with the ornamental fountain.

The Weeping Fig Avenue was planted in the 1870s as a barrier between the northern boundary of the City Botanic Gardens and Queen’s Park.

Check In to Four Points by Sheraton Brisbane, Step Out to Brisbane City Botanic Gardens 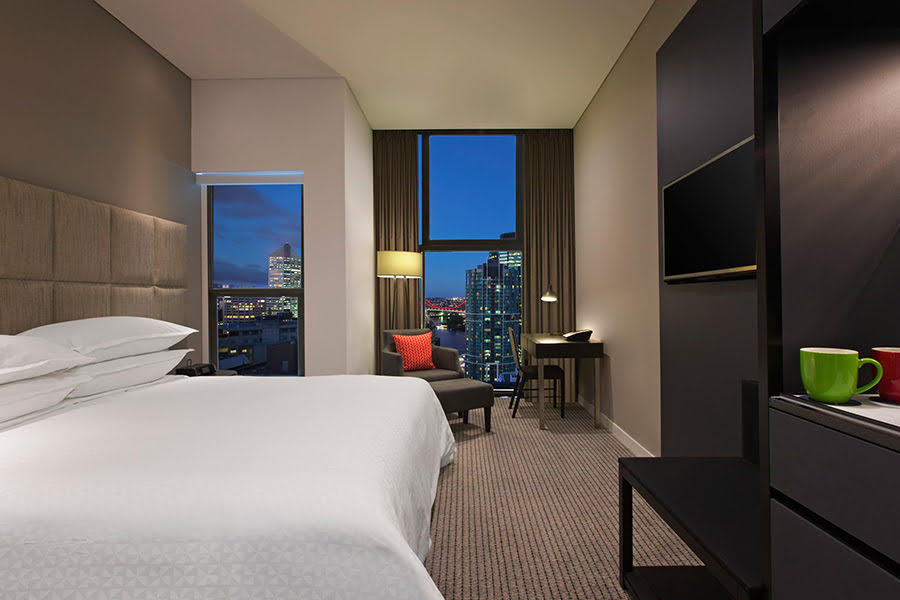