Seoul nightlife features everything from local dance clubs and restaurants to markets and karaoke joints. Clubs in Seoul are known for exciting atmospheres and friendly hospitality, and Seoul has some of the best nightlife in South Korea. Belt out karaoke tunes over crab chips in Sinchon, or dance all night at a disco club in Gangnam. 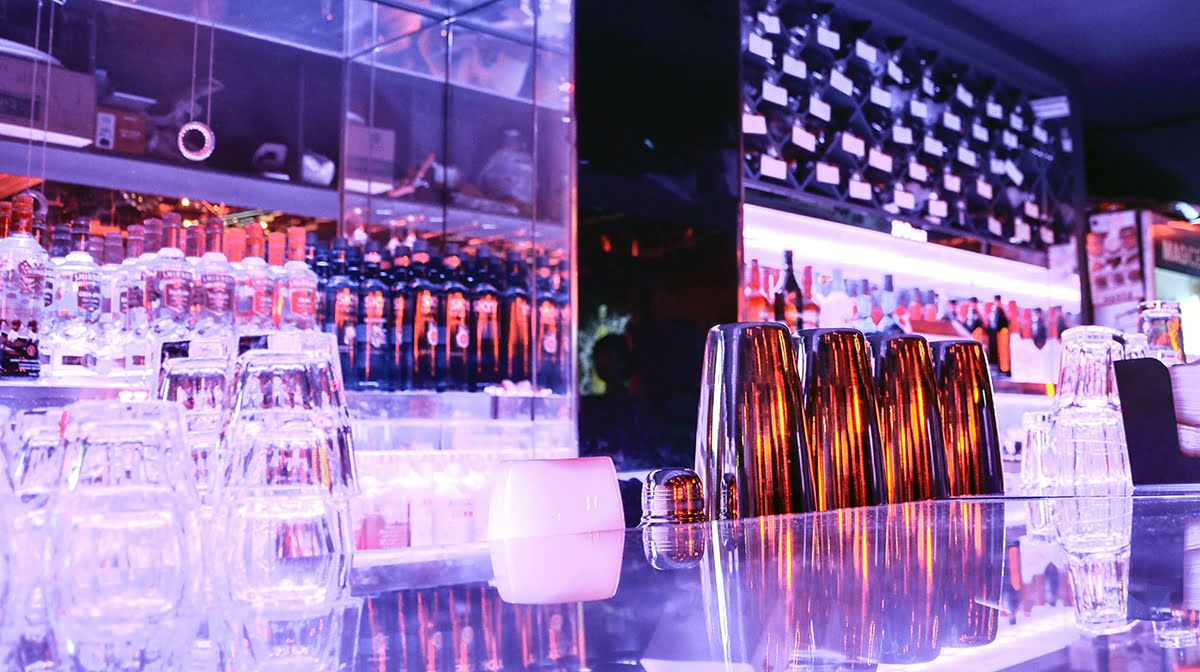 In many cities, a hot nightlife scene is reserved for the weekend. In Seoul, however, the party continues during the week. Seoul features a vibrant nightlife scene that is filled with open hours that stretch the whole night long. Many of Seoul’s clubs, bars, and pubs feature thematic nights like Lady’s Night. Some bars offer live music performances while others are known for their hot DJs. The best nightclubs in Seoul typically have a convenient location near a subway or bus station. Visitors can also rely on taxis for transportation to the city’s various clubs and lounges. Many people also enjoy visiting a popular nightlife district so they can bar hop in one area.

When perusing Seoul’s nightlife scene, it’s important to note that many of the city’s popular bars and clubs are open to any visitors, including foreigners from all over the world. However, some bars are open only to Koreans. These venues are invariably well marked so there should be no difficulty in spotting them. Also, South Korea has strict laws forbidding drug use. It’s important for visitors to follow the country’s laws to avoid problems with police. By following the clubs’ and bars’ rules and dress codes (if they have a dress code), you can avoid any problems and ensure that you have a great time enjoying the Seoul nightlife scene. 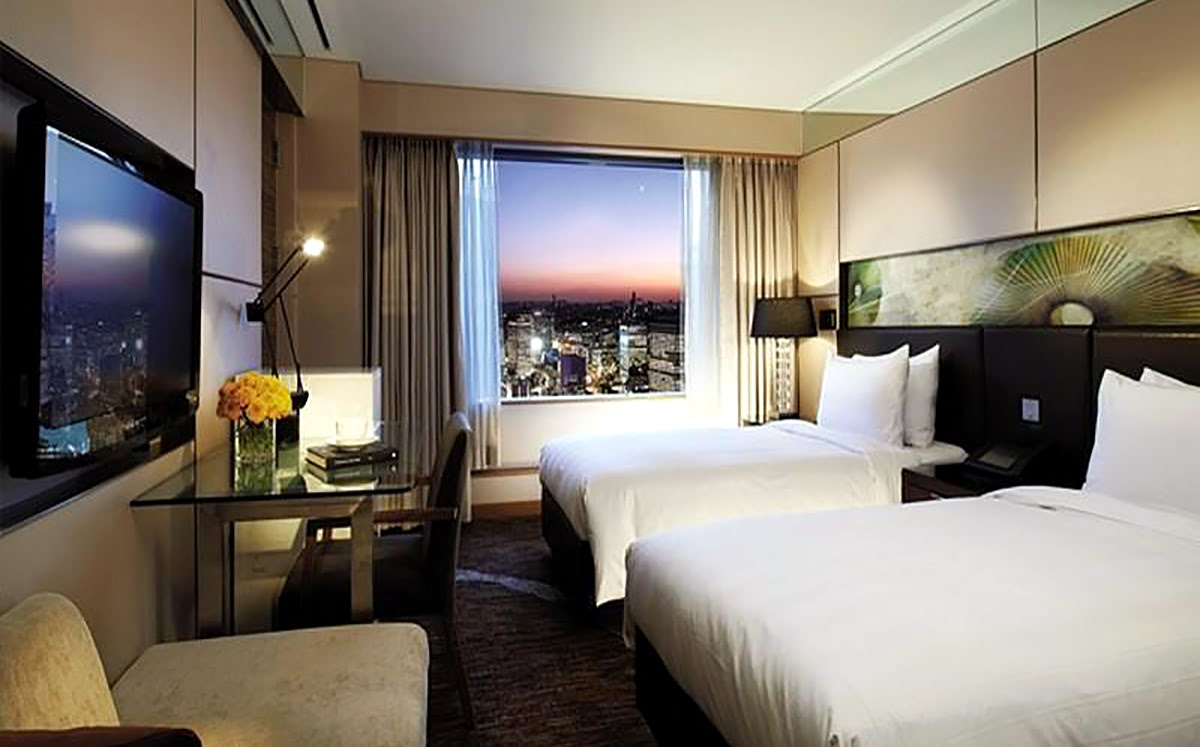 Step out to Seoul nightlife in Gangnum 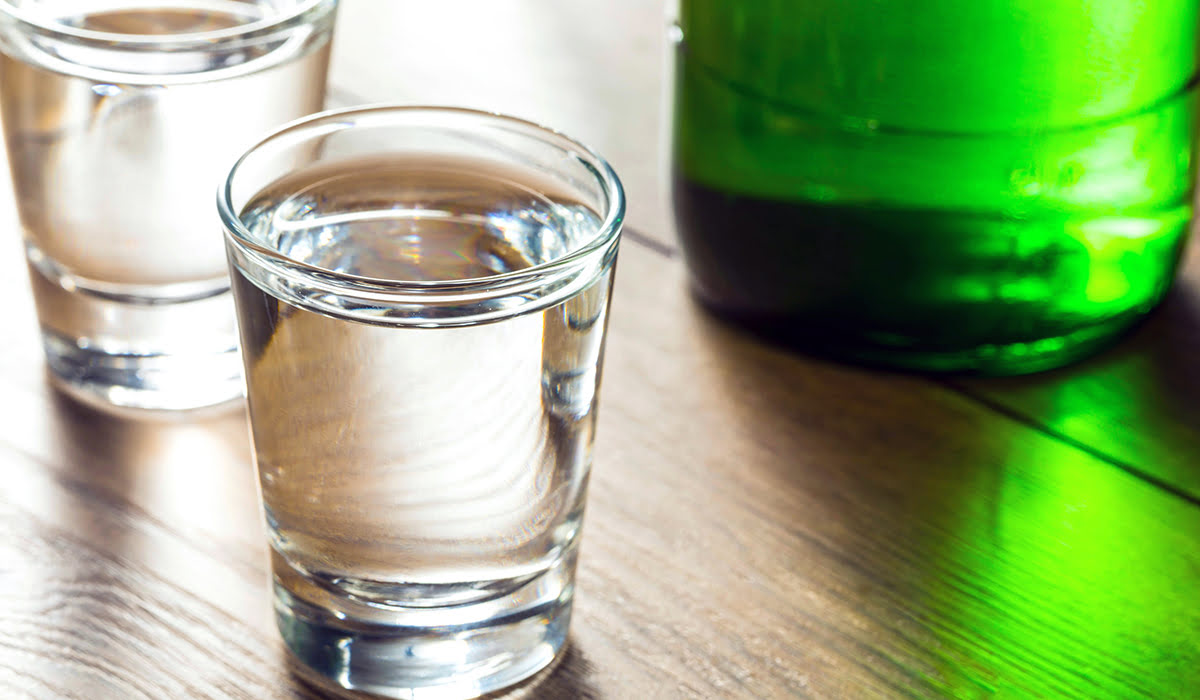 Drinking is a popular pastime in South Korea. One of the most popular drinks to enjoy while visiting a bar or pub in Seoul is makgeolli. This drink is made from fermented rice grains, boiled water, and yeast. Tangy and sweet, makgeolli tastes similar to champagne. If you want to drink like a local, enjoy a glass. Another popular drink that locals in Seoul favor is soju, a liquor that tastes similar to vodka. Seoul Nightlife | Start the Night at a Korean BBQ Restaurant

The Seoul nightlife scene typically begins at a Korean BBQ restaurant, better known as a gogi jib. Barbecue eateries are found throughout Seoul. Locals frequent these restaurants before a night of clubbing because they provide a great place to socialize while enjoying a meal that goes well with drinking. Pork belly is one of the main dishes you’ll find at a Korean gogi jib (‘meat house’). These restaurants typically feature tables that surround a grill. Guests choose the items they want to grill, including slices of pork or beef. Vegetable dishes and drinks round out the meal. If you’re searching for an authentic way to begin a night on the town in Seoul, look for a gogi jib in a popular nightlife district like Gangnam or Myeongdong. Step out to Seoul nightlife near Gangnum Subway Station Great bars can be found in any of Seoul’s neighborhoods, but some areas like Gangnam and Hongdae are more popular for nightlife than others. Seoul’s most popular neighborhoods feature terrific nightlife venues like swanky tapas bars, sports pubs, dance clubs, lounges, and more. If you’re looking for a university district, head over to Itaewon. If you’re looking for neighborhoods with open hours and all-night party bars and clubs, head over to Hongdae or Gangnam. These districts are home to multiple stops for public transportation so they’re easy to reach and also home to lots of great Seoul restaurants and street food vendors. Step out to Seoul nightlife near Myeongdong Nanta Theatre

Some of the best dance clubs in South Korea can be found in Seoul. Visitors in search of hot nightlife in Korea will find both well-known and underground dance clubs in Seoul. Some are popular concert venues that feature live music acts from in and outside South Korea. Some are celebrated for their techno music and DJs. Seoul clubs like Octagon and Monkey Museum draw huge crowds. Octagon has been ranked as the best club in Asia. Monkey Museum features an upscale interior and an amazing hip-hop music scene. Looking to get all dressed up for a classy night on the town? Visit Arena in Gangnam or Boombar in Yongsan with its VIP areas and velvet furnishings. These venues are great clubs for dancing, listening to music, and drinking. 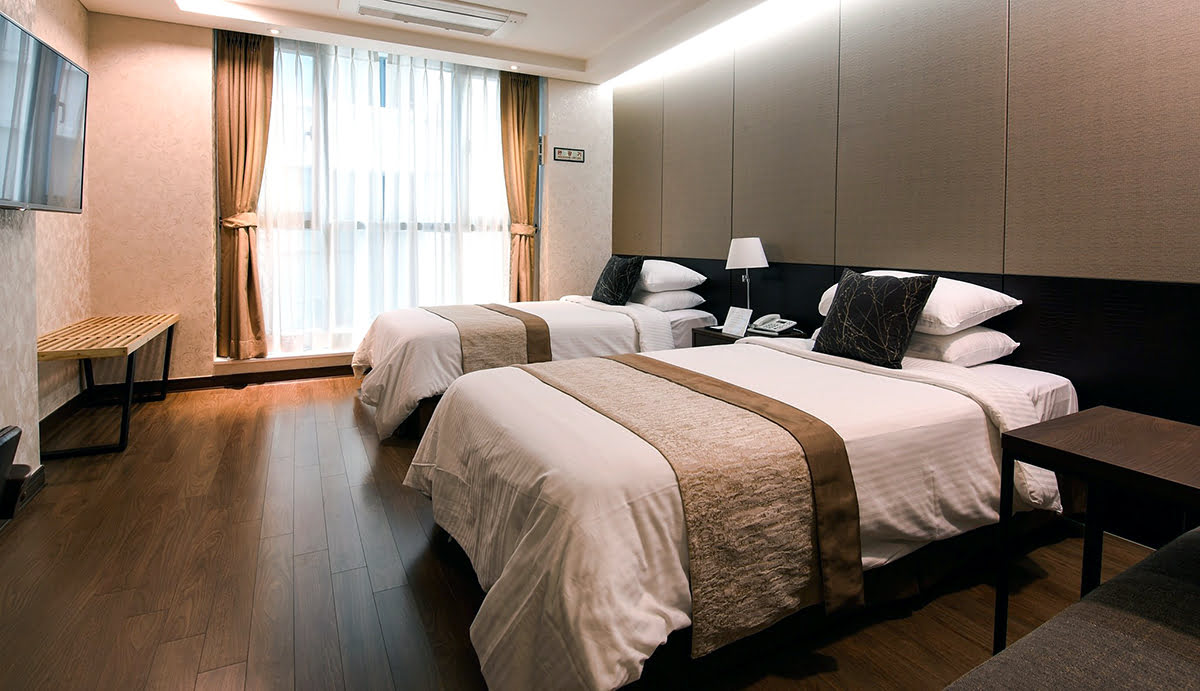 Seoul features a wide array of bars where you can pop in for a drink before heading to another bar or where you can hang out for the better part of your evening. Many of Seoul’s bars have a unique character. Some specialize in artisan-crafted cocktails. Others serve tapas. From creative underground bars to swanky wine bars, you’ll find a spectrum of unique offerings. Many of Seoul’s most popular bars and lounges among foreign clientele serve both food and drink and feature special events like live music. Step out to Seoul nightlife near Namdaemun Market 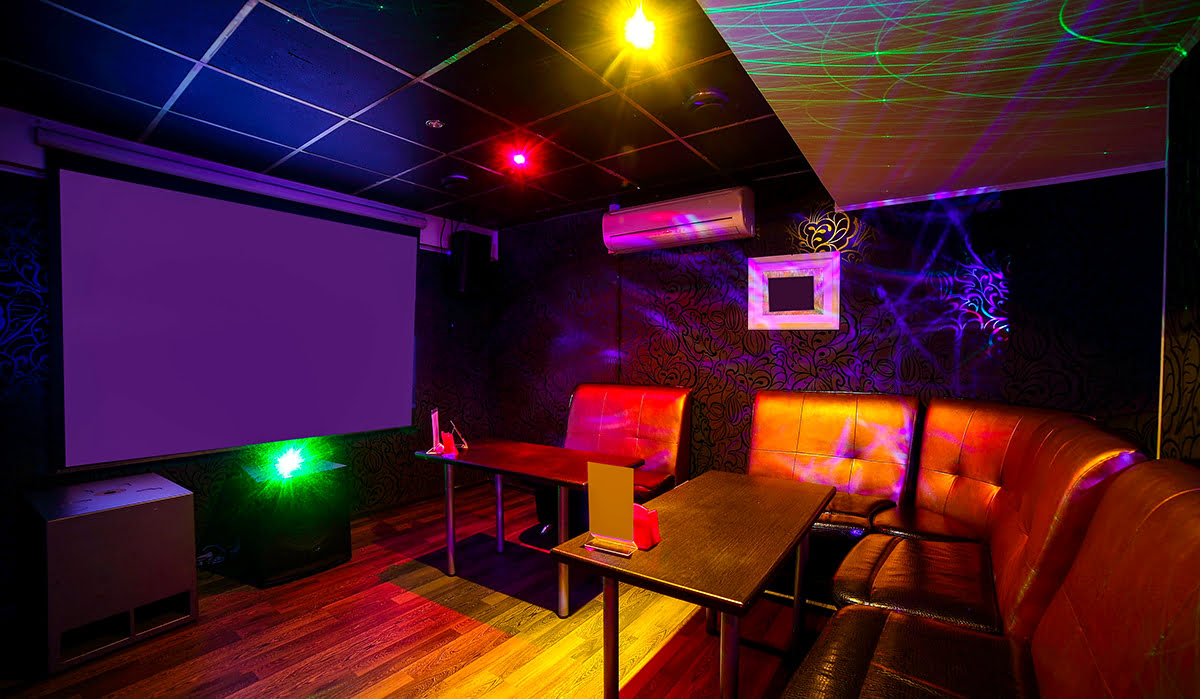 Step out to Seoul nightlife near I Park Mall 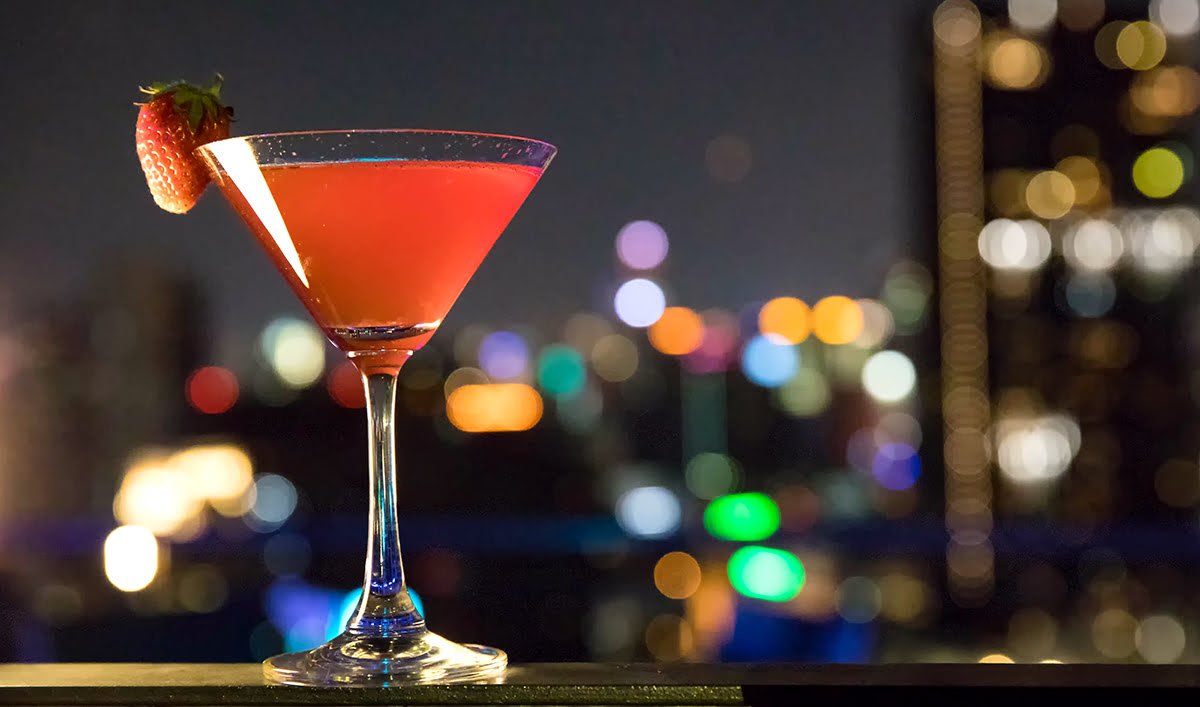 If you want to enjoy a delicious Korean cocktail in a scenic spot of the city, head to one of Seoul’s popular rooftop bars. These are great places to hang out with a friend or bring a date. While many rooftop bars in Seoul feature upscale ambience, there are some like Gaja Changgo Rooftop that are super-casual and friendly; the décor may be rustic, but the cheap beer flows all night and the views of the night sky promise to enhance your evening. For a more posh experience, visit The Griffin Bar located at Hotel JW Marriott in Dongdaemun Square. It’s known for its craft cocktails and dazzling city views. Step out to Seoul nightlife near Myeong-dong Cathedral 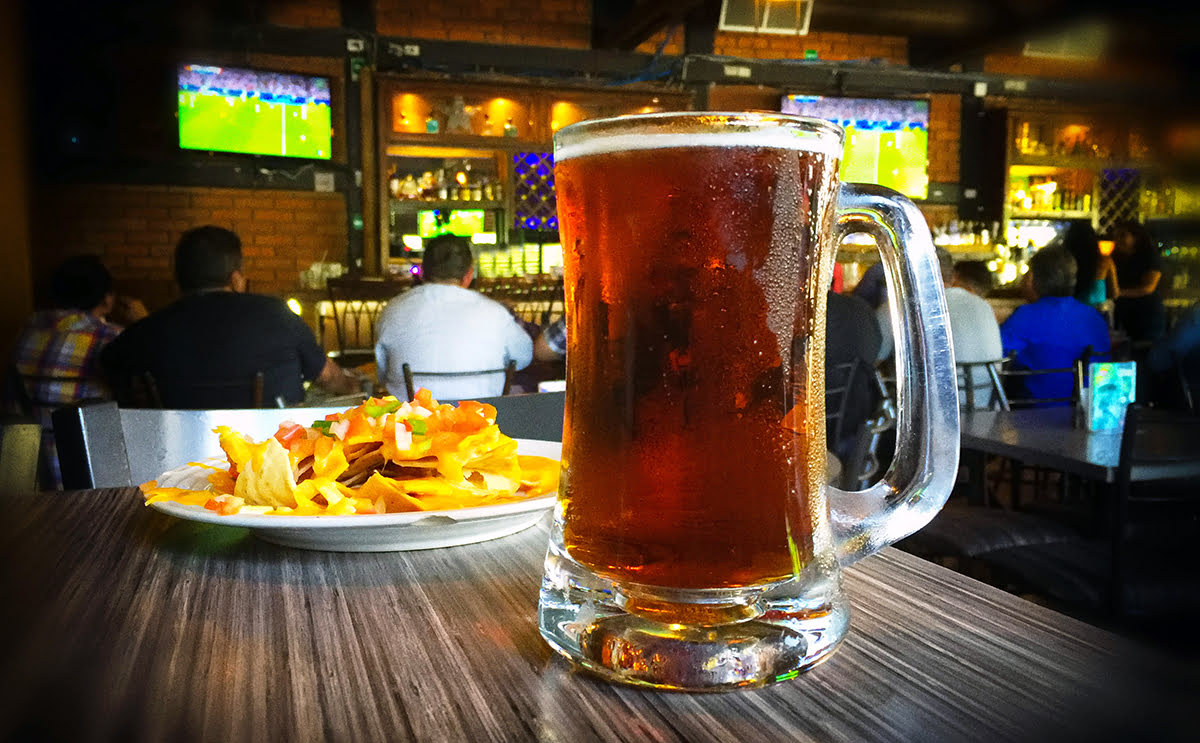 Like in other major cities around the world, locals enjoy a great sports match. The capital of South Korea hosts many sporting events and also features venues where sports fans can hang out to watch a big game. Many of Seoul’s sports pubs regularly feature soccer and baseball matches or Olympic competitions. As with many sports bars in the West, Seoul’s popular venues feature big screens that televise major sporting events that take place locally and internationally. Step out to Seoul nightlife near Dongdaemun Design Plaza and Park Bars in Seoul’s university district feature lots of cheap beer and drinks. The most popular college bars in Seoul are located near major universities and are frequented by area students. Travelers in search of bars with youthful ambiance will find a terrific party scene in Seoul’s university areas. Many of the most popular college bars and taprooms are located in alleyways and are off the beaten track. Scouting them out is part of the fun of Seoul nightlife! Step out to Seoul nightlife near Seoul Forest Many of Seoul’s convenience stores feature patio areas where people can lounge with a drink. These stores sell beer and other types of liquor. They make the city nightlife scene a little more exciting because they sell cheap drinks to accompany cheap but delicious street foods. If you need to get some fresh air and snacks, simply grab a grilled skewer of shrimp or two and sit outside a convenient store with a cold Korean beer before heading on your way. 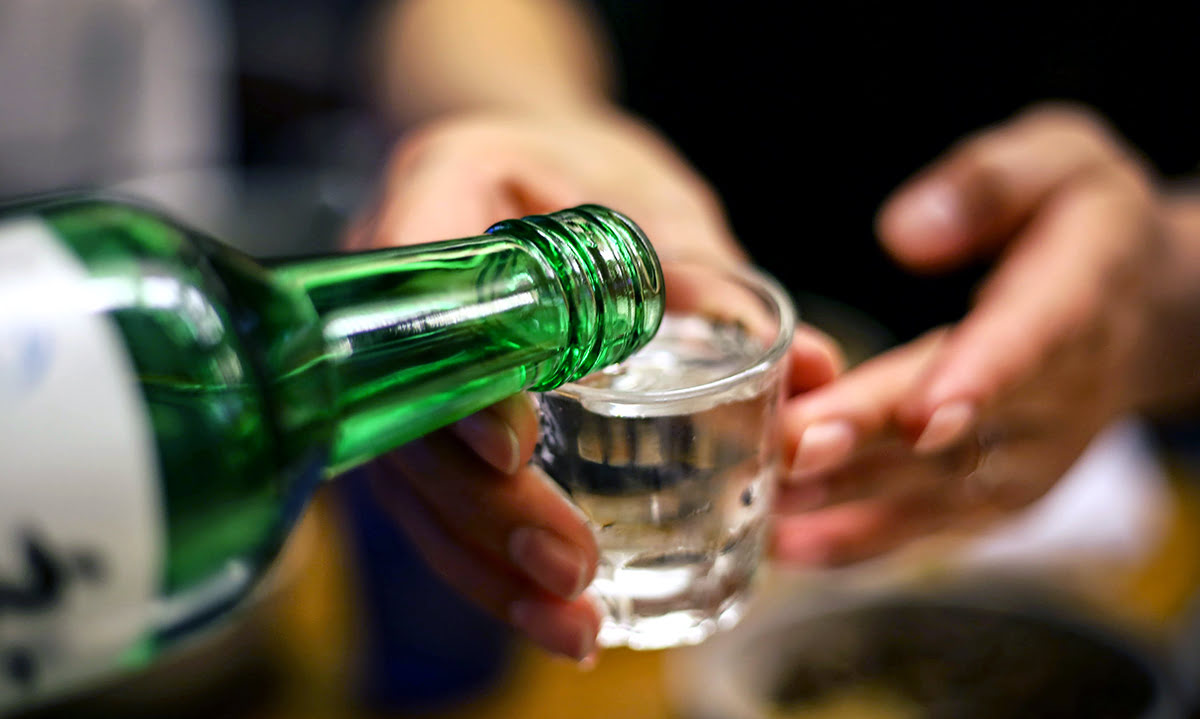 When visiting Seoul’s clubs and bars, it can be helpful to know some tips associated with drinking etiquette in South Korea. For instance, if you accept a drink from someone, it’s polite to take the drink with two hands instead of one. If you don’t want a drink, consider that it’s impolite not to accept the first drink offered to you in South Korea. 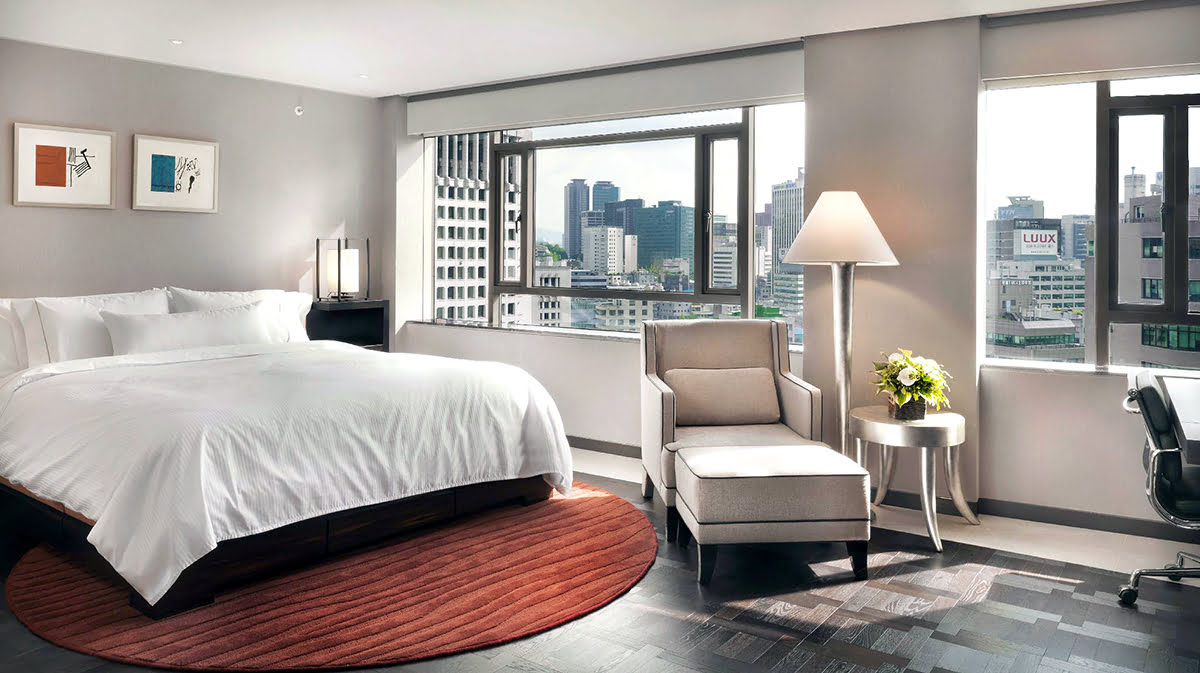 Step out to Seoul nightlife near Gwangjang Market