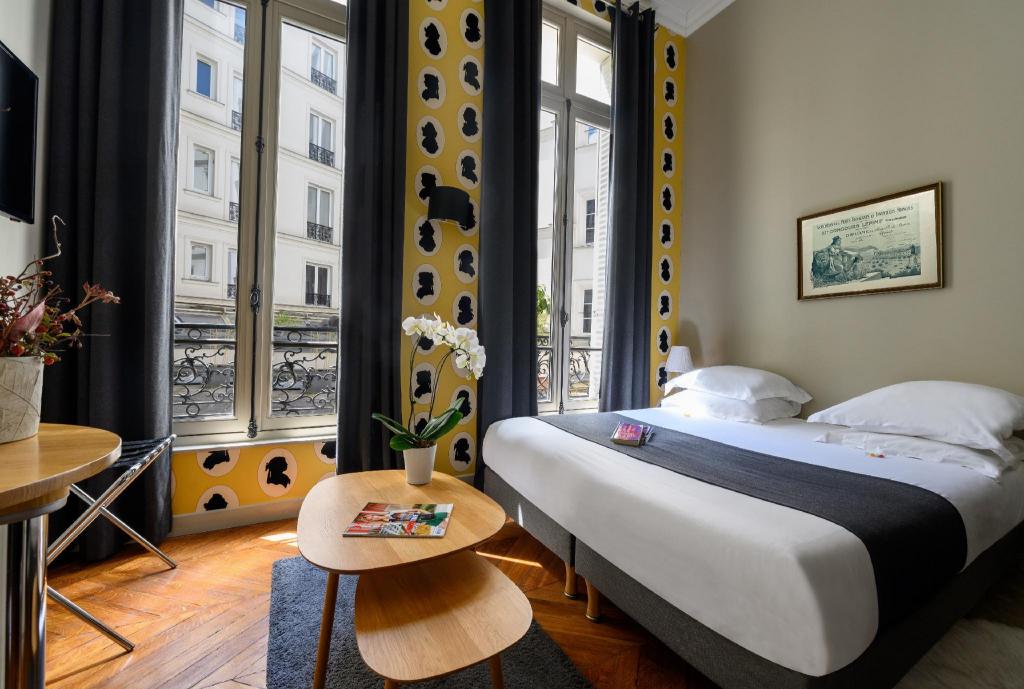 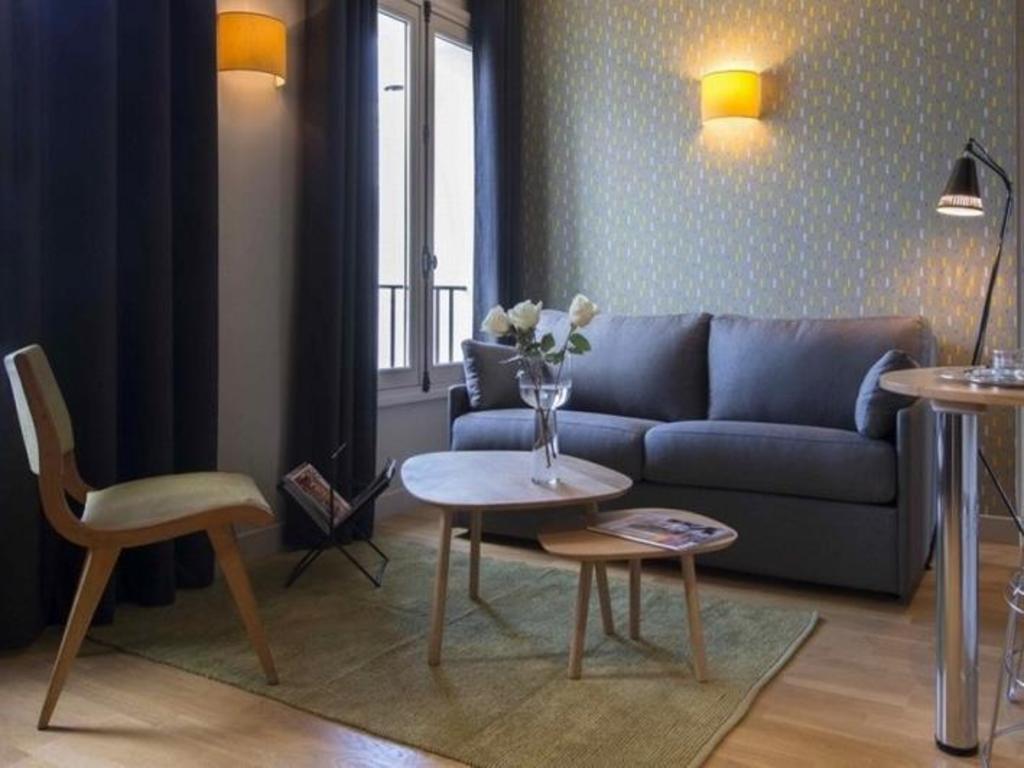 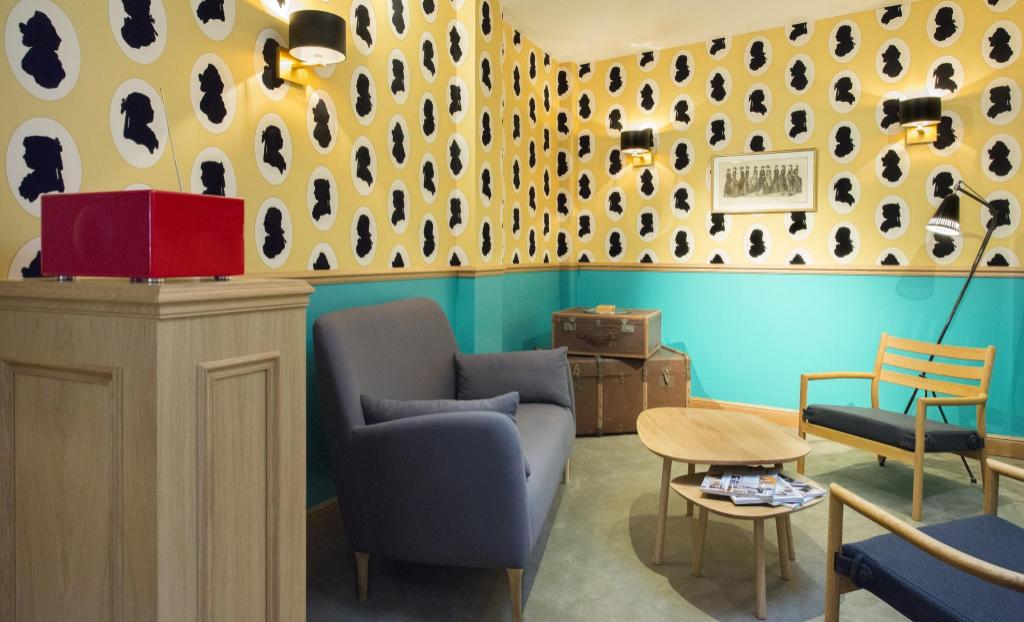 Thank you to the staff for an excellent stay! All of the staff were helpful, with a special thank you to Senea, who helped us navigate our trip above and beyond her duties. I would highly recommend the hotel to anyone staying in Paris.

One of my Favorite Hotel in Paris”

Oooh, this hotel is the best in my whole 14 days european trip. The staff is very very very friendly and helpful. I was travelling with 1 year old Baby and a 6 years old girl. And this hotel suites all four of us perfectly. No glitch nor minuses. From stove to microwave and from cleanliness to hospitality of the staff, everything is perfect. I will definitely going to refer this hotel to friends and family. Well done, keep it up!!!!

This journey wasn’t as good as we expected. We faced the serious “yellow jacket movement” on Saturday. All of the public transportations were closed. And we planned to leave Paris at Sunday morning. We have no choice but asking help from hotel. Thanks to Ines, the kindest employee in the hotel who helped us taking care the way to the airport. We’re able to go back home safely.

I stayed in this hotel twice in one month, and the staffs are very kind and nice! The room is okay I think. But I have to say the housekeeping is so stupid, I don’t know why, the first time I left a glass Tupperware in the room when I checkout, but I came back the same day at night to ask for it, they asked me to check the next morning, I did, but they claimed there was nothing. And this time I left a face towel in the shower, and I went back the same day to ask for it, the reception told me the housekeeping throw things away if they are cheap and invaluable, they only keep things guest left if it’s valuable, how stupid that is! Whatever it’s valuable or cheap, it belongs to the guest, and it’s personal, if the housekeeping sees it in the room, they should keep it for the guest, if the guest didn’t show up for it without 3-5days, they can throw them away. But throw away instantly if they think it’s invaluable, it’s called unprofessional! How can they tell invaluable from valuable? Who give them the ability to throw things away? I’m so angry!

Had a wonderful time at this hotel! It is very close to Champs Elysees and it was nice to see that they had an accessible room. The hotel room features a handy kitchenette, is very clean, and has stylish decor. Also, the staff (particularly Enes) are simply amazing !! Would definitely recommend

Great location and staff. Bathroom was well appointed and the towel heater was fantastic. Having a kitchenette was also very convenient.

Great location to see a bit of everything. The shower did have a funny smell and leaked on the floor. Bed is on the firmer side, but comfy. No AC, was very muggy.

Hello Everyone, I stayed at Helzear Champs Elysees apartment for 3 nights in September 2015. This stay was lovely and nice. We took apartment with 2 bedrooms for 6 persons ,but rooms were small and Internet was very bad. Otherwise, everything else is very good. Service is excellent and staff are very friendly and helpfull. location is great. Park/garage is nearby around 5 min. ( Q Park RESA @ 77 Avenue Marceau ). All attraction and famous restaurants are also nearby and easily accessible.