The Eiffel Tower: An Architectural Wonder in Paris

Paris’s Eiffel Tower is the city’s most iconic landmark and one of the world’s most visited attractions. Seven million people annually visit the tower and ride the elevator to the top of the spire. Originally constructed to last just 20 years, the tower has been both loved and reviled throughout its history. The cost of construction for the Eiffel Tower came to just under 8 million francs, which would be equivalent to $40 million US dollars today. The tower’s combined total weight of over 10,000 tons includes the weight of the elevators, shops, and restaurants inside. The weight of iron used in the construction of the Eiffel Tower would be over 8,000 tons. Eiffel was a structural engineer who won a contest with his innovative tower constructed out of puddle iron. The Eiffel Tower, as it came to be called, was constructed in time for the 1889 World’s Fair. 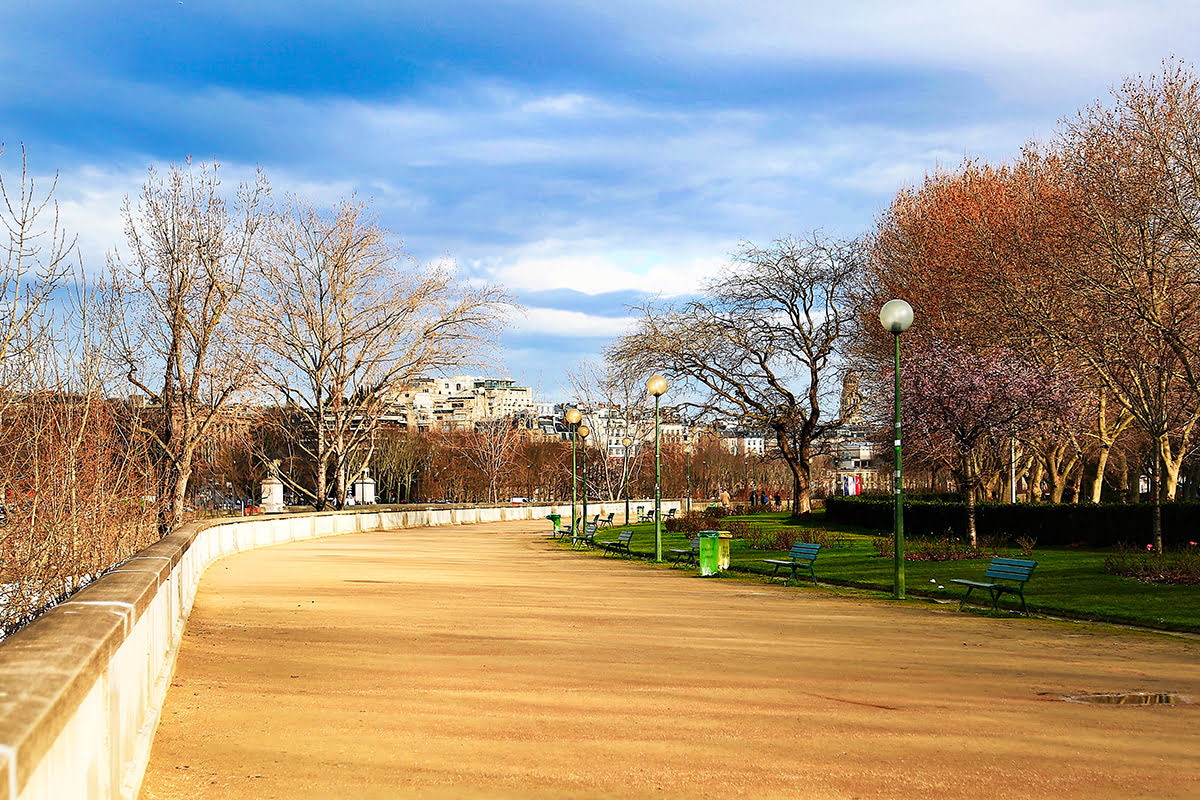 Shopping and Things to do Near the Eiffel Tower

The grand city of Paris is full of cafés and shops and the streets surrounding the 300-meter tall spire of the Eiffel Tower are no exception. Walk the Promenade Quai Branley along the riverbank in front of the tower for a collection of Eiffel Tower souvenir shops and opportunities to purchase original Eiffel Tower art, souvenirs, or tower photography. Don’t forget the tiny Eiffel towers as gifts. Cross the river away from the Eiffel Tower and stroll down the Champs Elyseés for some of the best shopping in Paris.

Photo Spots by the Eiffel Tower: The whimsical carousel near the Eiffel Tower is probably the prettiest carousel in Paris and makes for excellent photographs with Eiffel’s illuminated tower in the background, especially at night. Take scenic photos from the Pont de Bir-Hakeim, just west of the Eiffel Tower, with its iconic winged statue and views of the tower and antenna. 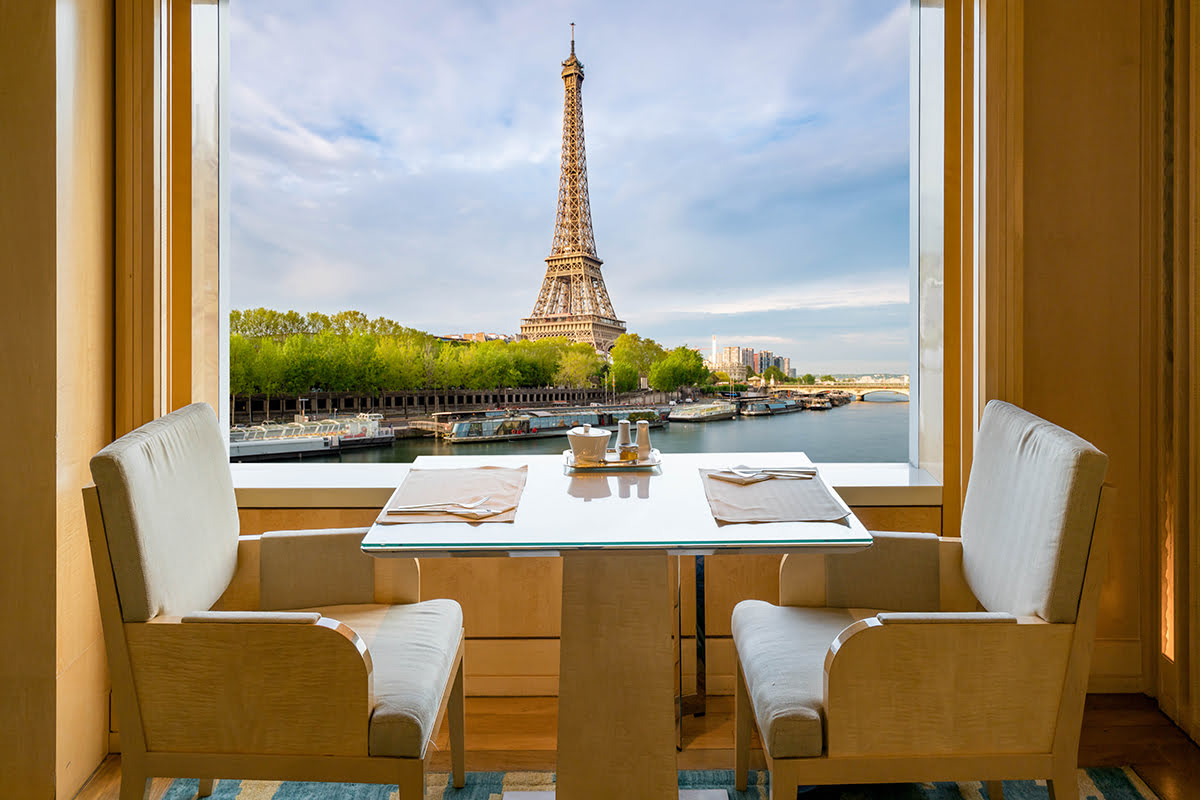 Best Places to Eat Near the Eiffel Tower

Aside from the Eiffel Tower, Paris is known for the restaurants, bakeries, and sidewalk cafés that line the streets around the tower, and the Eiffel Tower itself famously has restaurants on the first and second floors as well as a champagne bar at the very top of the tower. With a floor count of three, the Eiffel Tower hosts the restaurant 58 Tour Eiffel on the first floor. 58 Tour Eiffel has a family-friendly atmosphere, while the Jules Verne on the second level of the tower offers refined gourmet cuisine. The buffets on the esplanade and in the tower provide options for quick bites. Have a bit of bubble from the Champagne Bar on the tower’s top level. Near the base of the Eiffel tower on Quai Branley, Le Bistro Parisien has a casual atmosphere and is good for families with kids. 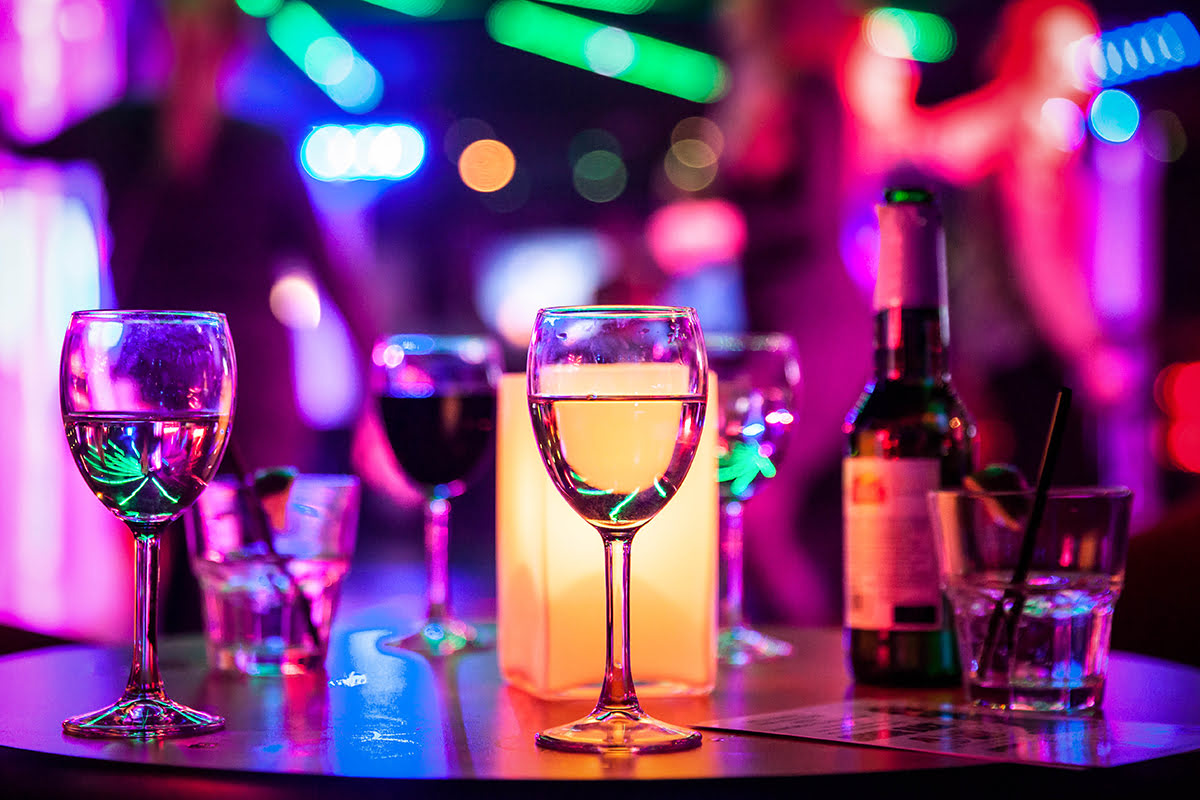 Nightlife near the Eiffel Tower

Paris is full of stylish places with architectural beauty like the Eiffel Tower and the city stays lively long after dark. 58 Tour Eiffel on the tower’s first floor becomes a chic bistro in the evening, and the area around the Eiffel Tower is full of places to enjoy the illuminated tower and soak up the atmosphere. Le Café de Mars is a typical French restaurant in the shadow of the Eiffel Tower which serves food and drinks until 11pm with a live music soundtrack. The Club is a Paris nightclub with great cocktails located at 24 Rue Surcouf, just a few blocks from the architectural marvel that is the Eiffel Tower. 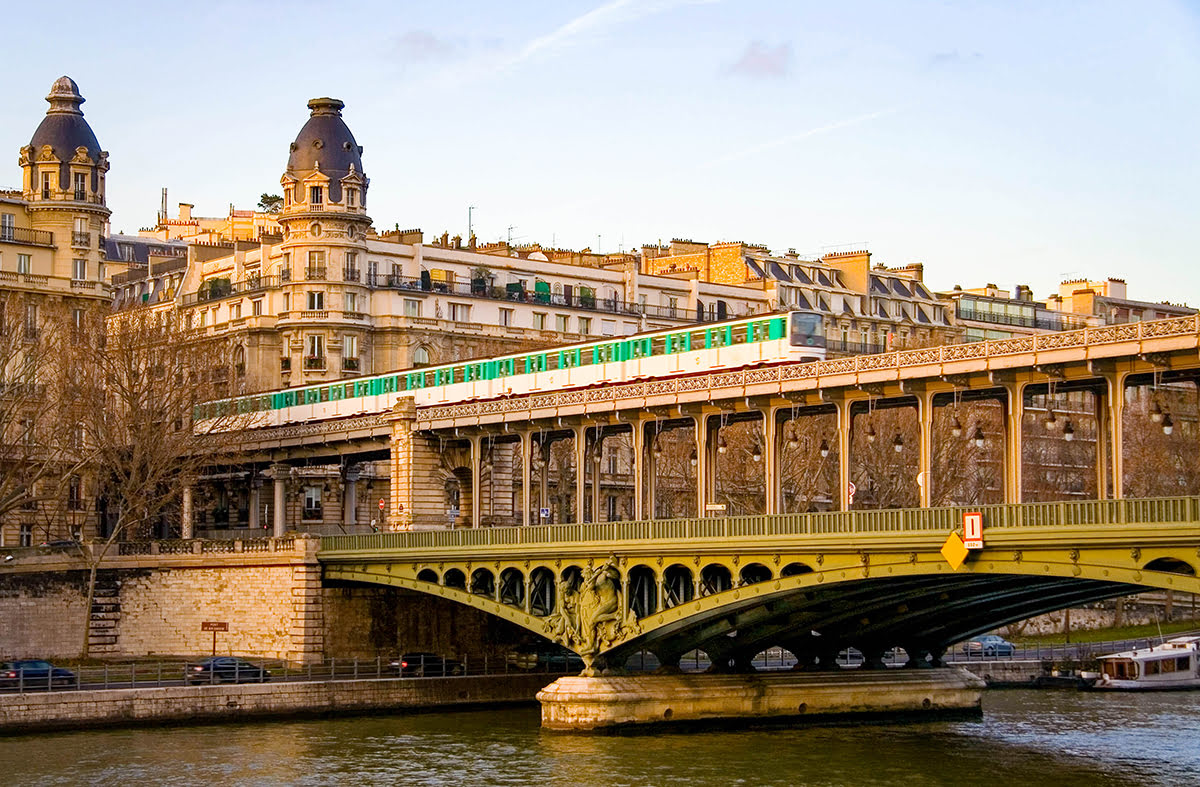 Transportation at the Eiffel Tower

Centrally-located, the Eiffel Tower is connected to Paris’ famed metro public transit system, which you can use to get to the tower. The closest Metro stop to the tower is Bir Hakeim, and several buses stop nearby. The Tour Eiffel bus stops (routes 82 and 42) are the closest to the tower, while Pont d’lena (route72) and Varsovie (route 82) stop just across the river providing breathtaking views of Eiffel’s tower. For arrivals to the tower by rail, the Gare du Pont de l’Alma is located just down the river from this spectacular landmark. Paris is easily traversed on foot or by public transit, and the Eiffel Tower has a prime location for exploring the city. 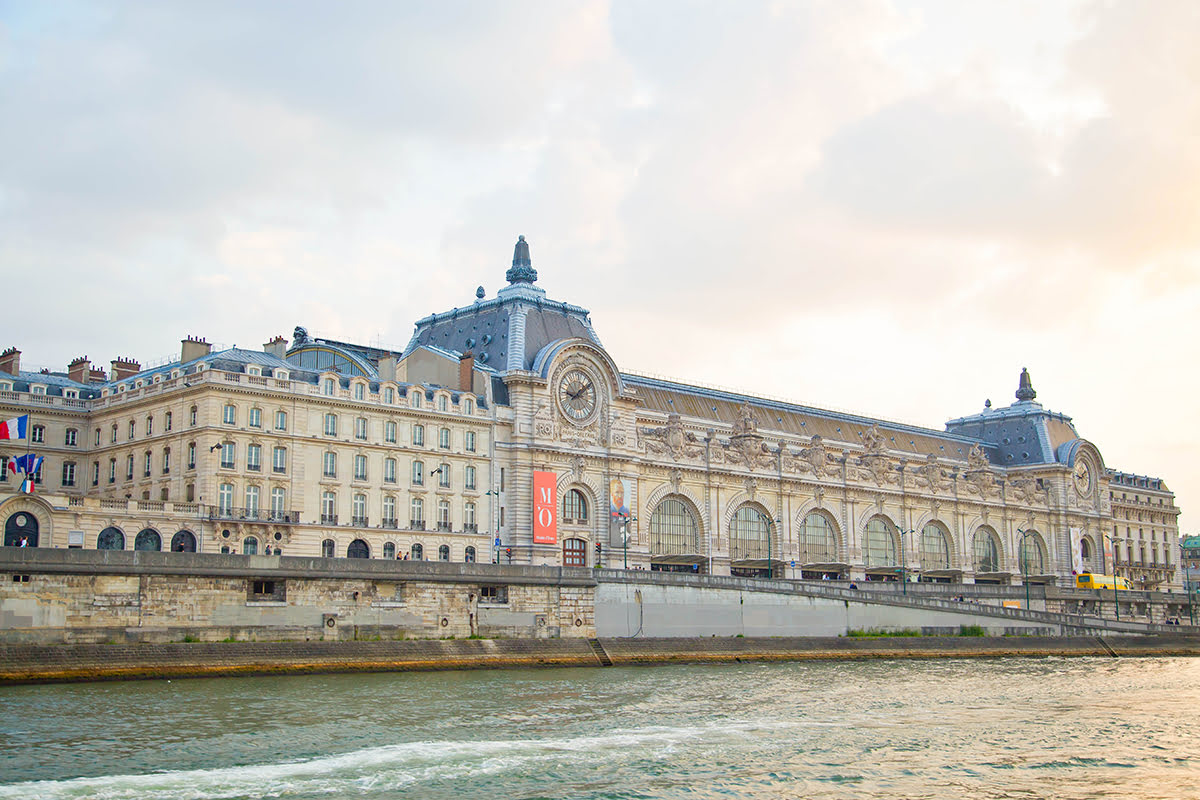 Check in to the Eiffel Tower

Structural engineer Gustave Eiffel’s iconic tower stretches 300 meters into the sky and was constructed of iron with an innovative architectural design. Visitors ride to the top of the Eiffel Tower via an enclosed elevator, making stops at all three levels of the tower. Constructed for the World’s Fair in 1889, the tower was supposed to be destroyed after only 20 years until it began to be used as a scientific observatory and laboratory, prolonging its lifespan into the present. The Eiffel Tower antenna was also used to send and receive radio signals and it quickly became an icon for the city, and is instantly recognizable. 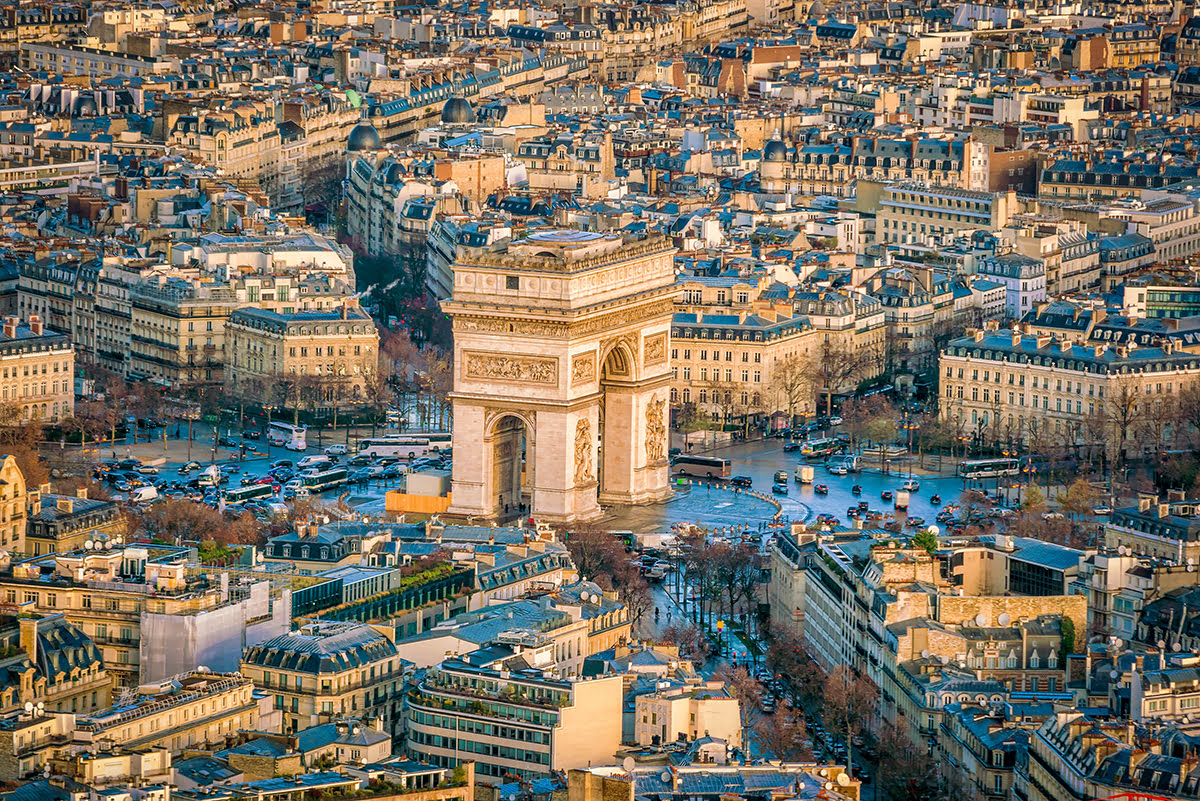 Step Out to Other Attractions Near the Eiffel Tower

The Eiffel Tower is located close to many other famous Paris attractions. Pay a visit to the Musee d’Orsay and see the collection of French art housed in a re-purposed Beaux-Arts railway station. Even the building is as pretty as the art inside, which can be expected for a city so full of architectural beauty. The Aquarium de Paris has a beautiful location across the river from the tower in les jardins de Trocadero and has live sharks and tropical fish on display. It may not be on the typical list of Parisian sights to see but makes for an unusual and fun day out, especially for kids. The views of the Eiffel Tower from the Jardins de Trocadero provide the perfect backdrop for tower photos, so be sure to snap one of yourself in front of this iconic landmark.

Hotels near the Eiffel Tower

There are many accommodation styles to choose from in Paris so check out one near the Eiffel Tower that suits your style and budget. Find the 4-star Hotel La Comtesse By Elegancia at 29 Avenue de Tourville with a location near the Eiffel Tower, air conditioning and free wi-fi in all the rooms. Check in to the Hotel Duc de Saint Simon located at 14 Rue de Saint Simon a little bit further from the tower itself for a hotel with an airport transfer and free wi-fi in all guest rooms. The 3-star Duquesne Eiffel Hotel has a location in front of the Eiffel Tower at 23 Avenue Duquesne and very close to public transportation. The hotel also features an airport transfer, wi-fi, and air conditioning. 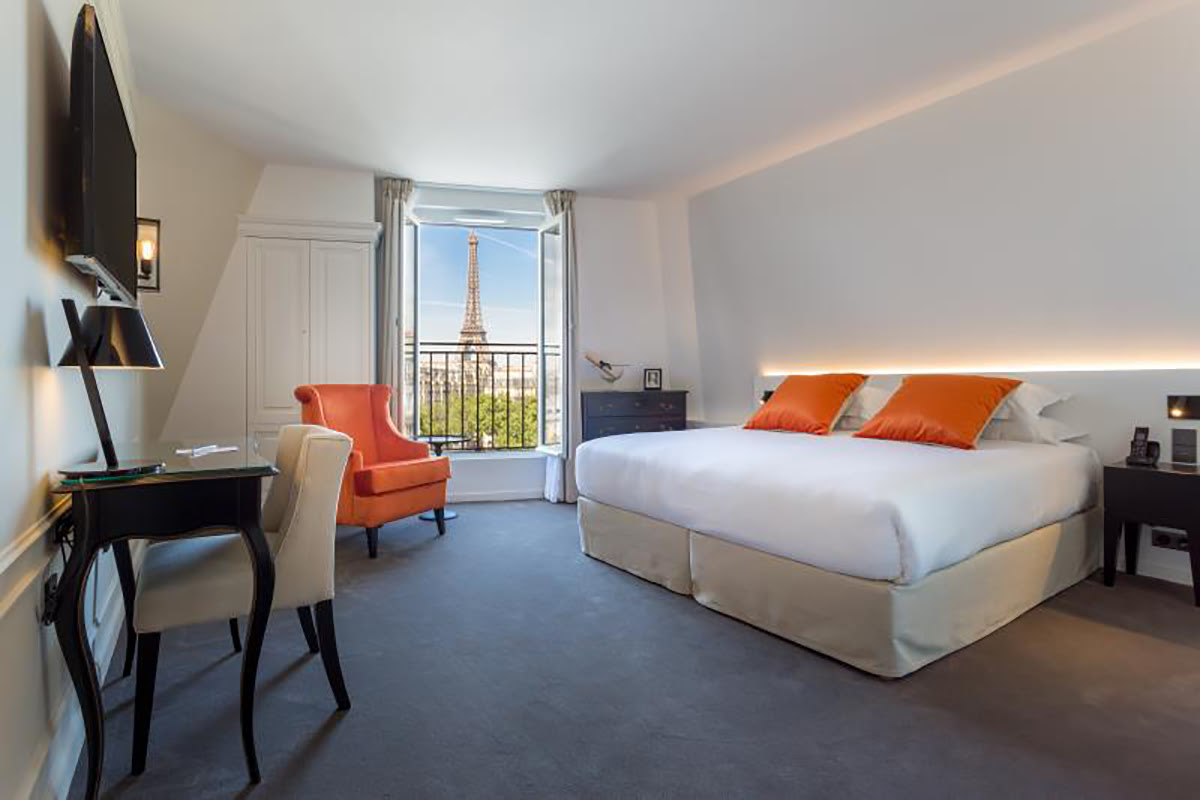 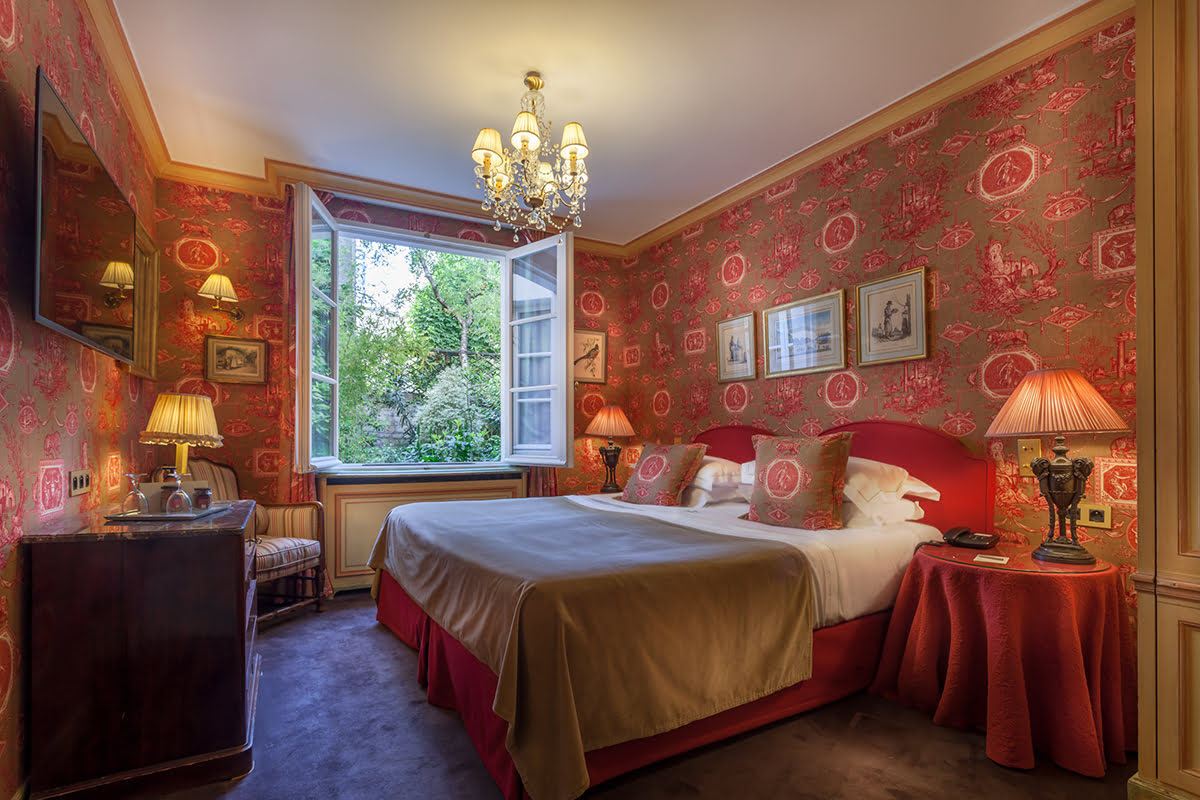 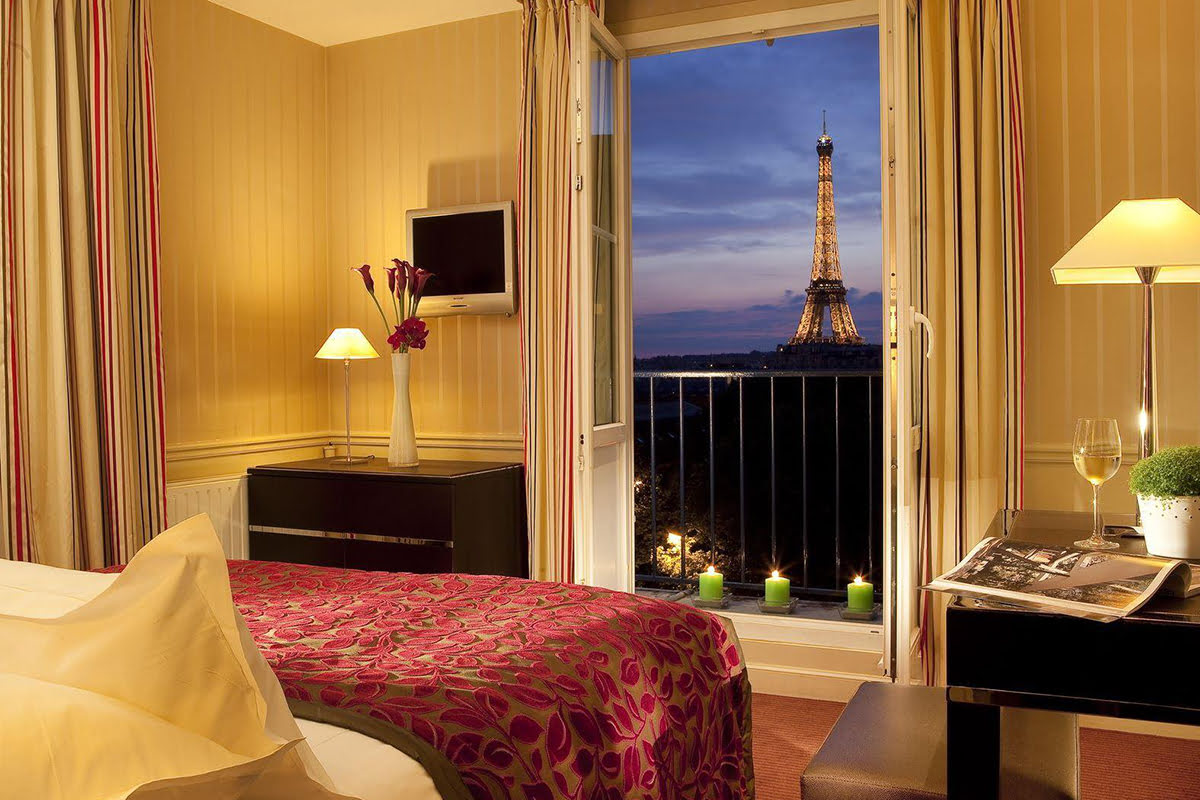 Discover more hotels and apartments around the Eiffel Tower