With its fantastic shopping opportunities, endless dining options, tranquil green spaces and buzzing nightlife, it’s easy to see why the district of Roppongi attracts a large and diverse crowd of tourists every year. Besides being home to two of Tokyo’s largest shopping complexes, Roppongi Hills and Tokyo Midtown, the district offers unique art museums, ancient temples, and dozens of foreigner-friendly bars. Start your tour of the district at The National Art Center, Tokyo, then head to the shops for some retail therapy. After a gourmet sushi dinner, step out to Roppongi Street for an unforgettable night of bar hopping. 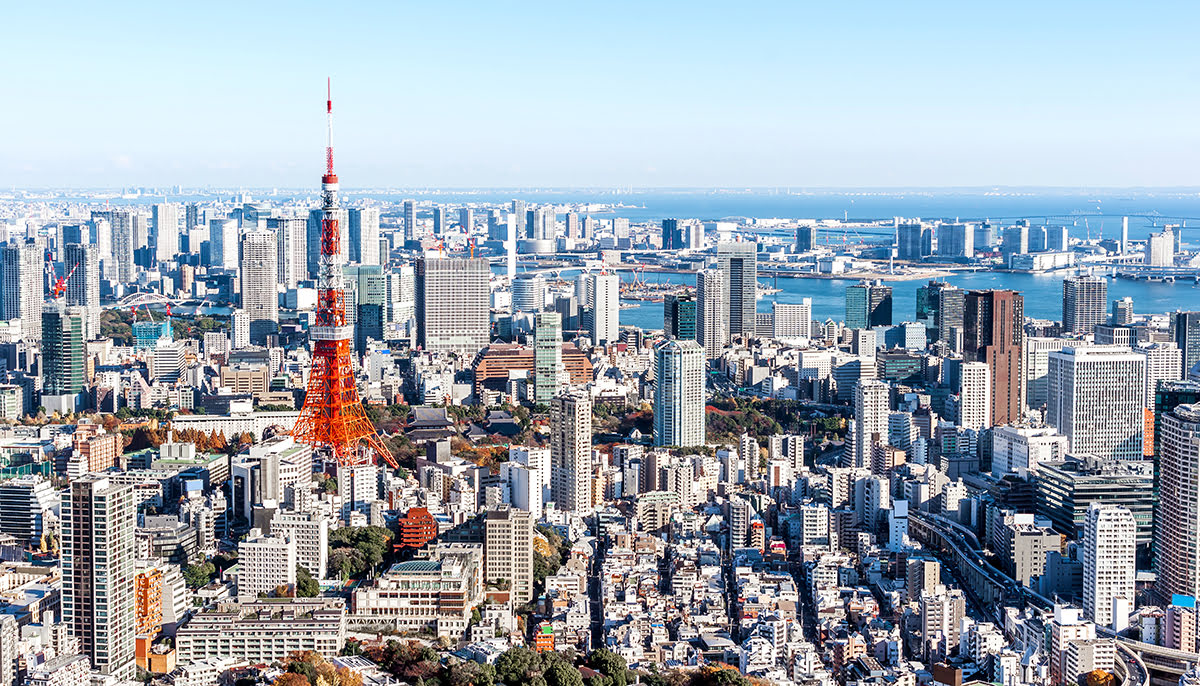 Tokyo City View: Head to the 52nd floor of the Roppongi Hills Mori Tower to take in stunning, bird’s-eye views of some of Tokyo’s most famous landmarks, including the National Diet Building, Tokyo Skytree and Tokyo Tower. The recently renovated observatory consists of two decks: an Indoor Observation Deck, which features floor-to-ceiling windows and a Sky Gallery; and a Sky Deck, a rooftop space that offers visitors panoramic views of the city when weather permits. Roppongi Hills Mori Tower is situated within a 10-minute walking distance from Roppongi Subway Station. The observatory is open from 10:00 a.m. to 11:00 p.m. Monday to Thursday and from 10:00 a.m. to 1:00 a.m. on Friday and Saturday. The ticket price for Tokyo City View and Sky Deck includes free admission to Mori Art Museum, which is located in the same building.

Mori Art Museum: Located in Mori Tower, Mori Art Museum is a contemporary art space that showcases modern art works reflecting a range of milieus, including architecture, design, fashion, photography, and experimental video. Founded by real estate developer Minoru Mori, the museum offers rotating exhibits by renowned Japanese and international artists. Past exhibitions have included “From Me, Belongs to You Only,” a presentation of sculptures created by artist Lee Bul using acrylic, crystal and glass beads; and “Japan in Architecture,” which features more than 400 items and interactive installations that explore ancient and modern Japanese architecture. Mori Art Museum is located on the 52nd floor of the Roppongi Hills Mori Tower. It is open from 10:00 a.m. to 10:00 p.m. every day except Tuesdays, when the museum closes at 5:00 p.m.

Zojoji Temple: Zojoji Temple‘s history dates back to 1393, when it was established in Kanto as the main site of the Jodo-shu school of Buddhism. In 1958, the temple was moved to its current location near in Shiba Park, just east of the Roppongi Hills shopping complex. In addition to the shrine, the Zojoji Temple grounds are home to Sangedatsumon Gate, the oldest wooden structure in Tokyo, and a garden that is dotted with jizo statues memorializing unborn children. Inside of the temple are the tombs of six Tokugawa shoguns, and beneath the Great Hall of the temple is a Treasure Gallery housing the works of Kano Kazunobu, a famous Buddhist scroll painter. Zojoji Temple is located within a 5-minute walking distance of Onarimon Station (Mita Line). Exhibits at the temple are open to the public from 9:00 a.m. to 5:00 p.m. daily (except Tuesday).

TV Asahi: Located in Roppongi Hills, this distinctive building is home to TV Asahi, the private Japan television network behind some of the country’s most popular anime and drama series. The atrium of the main headquarter building is open to the public and features a souvenir shop as well as displays based on characters from TV Asahi shows like Doraemon and Kamen Rider. Permanent exhibits include a model of Nobita’s bedroom and props from the set of Doraemon. There is also a TV Asahi shop that sells product related to the network’s shows and mascot. The gallery is open to the public from 9:30 a.m. to 8:30 p.m. every day except Sunday, when the atrium closes at 8:00 p.m.

The National Art Center, Tokyo: The National Art Center, Tokyo is the largest of five art spaces operated by the Independent Administrative Institution National Museum of Art and one of the largest art institutions in Japan. The 150,000-square-foot museum offers a regular rotation of special exhibitions featuring the works of Japanese and international artists. Past exhibitions have included the works of Salvador Dali and portraits from the Louvre collections. The museum’s 12 galleries are spread over three floors, along with a couple of cafes and restaurants. On the basement level, you’ll find a museum shop operated by Souvenir From Tokyo.The National Art Center, Tokyo is directly accessible from Exit 6 of Nogizaka Station (Chiyoda Line). The museum is open from 10:00 a.m. to 6:00 p.m. on Mondays, Wednesdays, Thursdays and Sundays, and from 10:00 a.m. to 8:00 p.m. on Fridays and Saturdays. The art center is closed on Tuesdays. 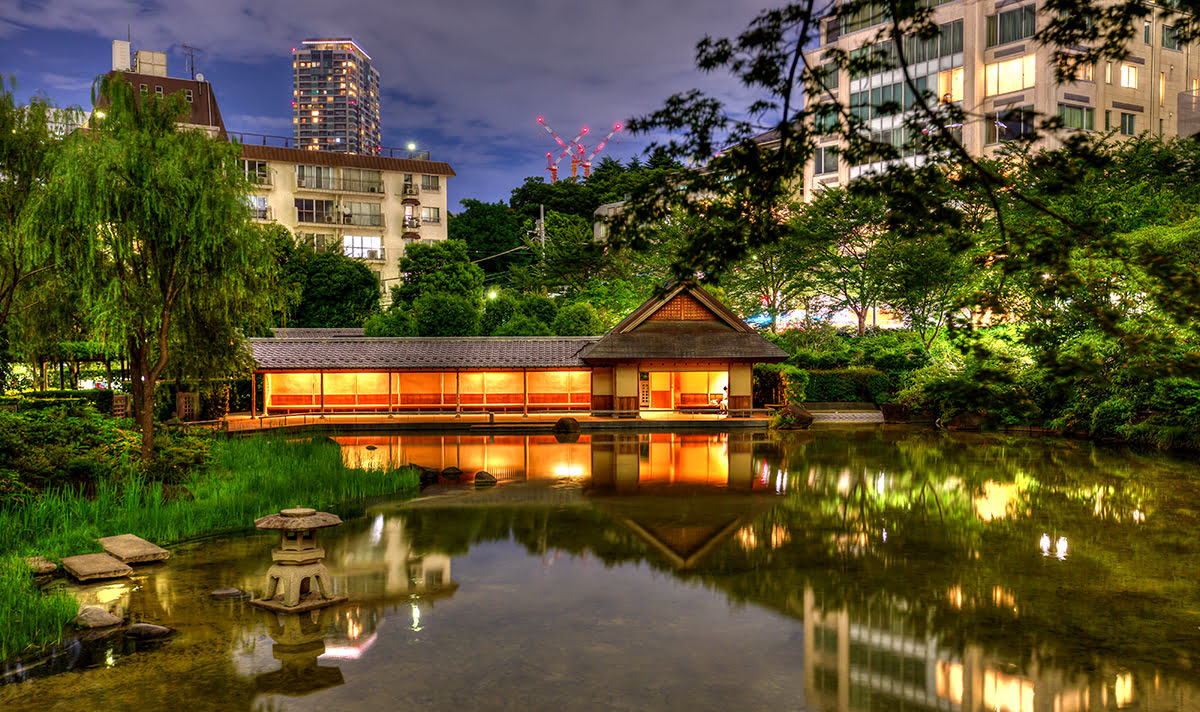 Hinokicho Park: Tucked away behind the Tokyo Midtown shopping complex, Hinokicho Park is one of Roppongi’s hidden treasures and the perfect spot to get away from the hustle and bustle of the city. The park was once the site of the Azabu villa, a residence for the Mori Family during Japan’s Edo Period (1603 – 1868). Today, the park features a lovely garden with cherry and cypress trees, making it an ideal viewing spot during cherry blossom season in the spring and the changing of the leaves in autumn. There is also a small playground in the park that has a couple of slides, a few swings and a water play area. The park hosts a number of activities and events throughout the year, including a skating rink in winter, and Hinokicho Park is located within a 3-minute walking distance from Nogizaka Station (Exit 3) or a 5-minute walking distance from Roppongi Station (Hibiya Line, Exit 4A).

Mori Garden: When you’re ready to take a break from shopping and sightseeing, head to this 400-year old garden to relax and take in some lush greenery. Located in Roppongi Hills between Mori Tower, Grand Hyatt Tokyo and the TV Asahi, this quaint garden combines contemporary architecture with traditional Japanese landscaping principles to create a striking green space that reflects both “the old” and “new” Japan. The garden is designed around a central pond containing thousands of thousands of Medaka (Japanese rice fish) that descended from the fish that were used as part of a scientific research project aboard the Space Shuttle Columbia, earning them the nickname “space fish.”

Nogi Shrine: This Shinto shrine was built in 1923 as a memorial for Nogi Maresuke, a respected army general who fought in the First Sino-Japanese War and the Russo-Japanese War. Maresuke lived on the grounds with his wife until 1912, when both the general and his wife committed suicide by harakiri in response to the Meji Emperor’s death. In addition to the shrine, which was rebuilt in 1962 after being destroyed in the second World War, the complex houses the former Maresuke residence. The shrine is only open to the public for two days out of the year – the eve and anniversary of General Nogi Maresuke’s death – but the Nogi-Jinja Flea Market is open on the last Sunday of every month in front of the shrine. Nogi Shrine is sandwiched between Roppongi and Asakusa districts, within a 5-minute walking distance from Roppongi Station (Hibiya Line) or a 7-minute walking distance from Nogizaka Station (Chiyoda Line).

21_21 Design Sight: This unique art space was jointly created by architect Tadao Ando, fashion designer Issei Miyake and graphic designer Taku Satoh. Built in 2007, the building is a work of art itself, featuring a distinctive curved shape and a folded steel roof. Inside the museum are three galleries showcasing innovative installations focusing on architecture and design. In addition to regular special exhibitions, the museum runs regular lectures and workshops based on the theme of “everyday life.” 21_21 Design Sight is located in Tokyo Midtown Summer Light Garden, within a 5-minute walking distance from Roppongi Station (Chiyoda, Hibiya, and Oedo Lines) and Nogizaka Station (Chiyoda Line). The museum is open from 10:00 a.m. to 7:00 p.m. every day except Tuesdays.

Myozenji Temple: If you’re not looking for it, it’s all too easy to miss this beautiful temple which, from the outside, looks like an ordinary business building. Once past the entrance to Myozenji Temple, however, visitors will find themselves in a veritable oasis in the heart of the city. Contained within the temple complex are a large waterfall, a footbridge and a courtyard where yoga classes are held on the first and third Mondays of the month. Inside of the temple itself is the resting place of a Nichiren-shu Buddhist. Myozenji Temple is conveniently located across from the Grand Hyatt Tokyo.

Best Places to Shop in Roppongi

Roppongi Hills : Built in 2003, this mega shopping and entertainment complex is one of the best examples of a “city within a city.” The shopping center is famous not only for its high-end shops, but also for its upscale restaurants, panoramic vistas and innovative attractions. Roppongi Hills is conveniently located adjacent Roppongi Station and connects directly to the Grand Hyatt Tokyo. The shops are open daily from 11:00 a.m. to 9:00 p.m, and the restaurants are open from 11:00 a.m. to 11:00 p.m. daily.

Tokyo Midtown: This massive retail, residential and commercial complex was once the headquarters of the Ministry of Defence. Here, you’ll find a mix of retail outlets selling everything from fashion to cosmetics. Also housed within the complex are two art museums, dozens of restaurants, and a garden (Tokyo Midtown Summer Light Garden). The shops at Tokyo Midtown are open daily from 11:00 a.m. to 9:00 p.m., but these hours may vary depending on the business. The shopping complex is located within a 1-minute walking distance of Roppongi Station. 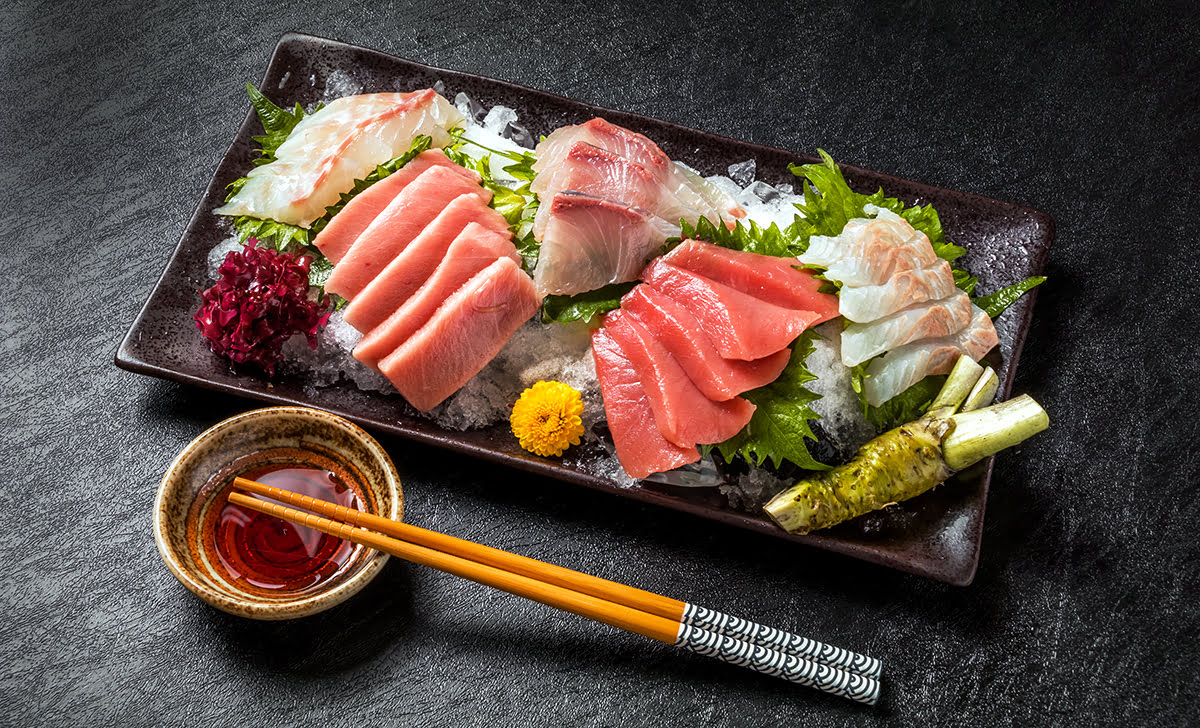 Great Places to Eat in Roppongi

Butagumi: Diners at this high-end restaurant feast on specialty pork cutlets sourced from across Japan as well as areas in Spain and Hungary., Butagami can be found at 2-24-9 Nishi-Azabu.

Matsurkuya: Head to this restaurant to enjoy a special wagyu hitsumabushi (grade A5 wagyu beef served with rice). Only a few dozen diners will receive this special lunch per day, so be sure to get there early. Matsurokuya is located at 4 Chome-10-2.

Barbacoa: This popular Brazilian-themed restaurant specializes in churrasco, a South American meal consisting of meats grilled over a charcoal or wood fire. Barbacoa is located inside of Roppongi Hills . 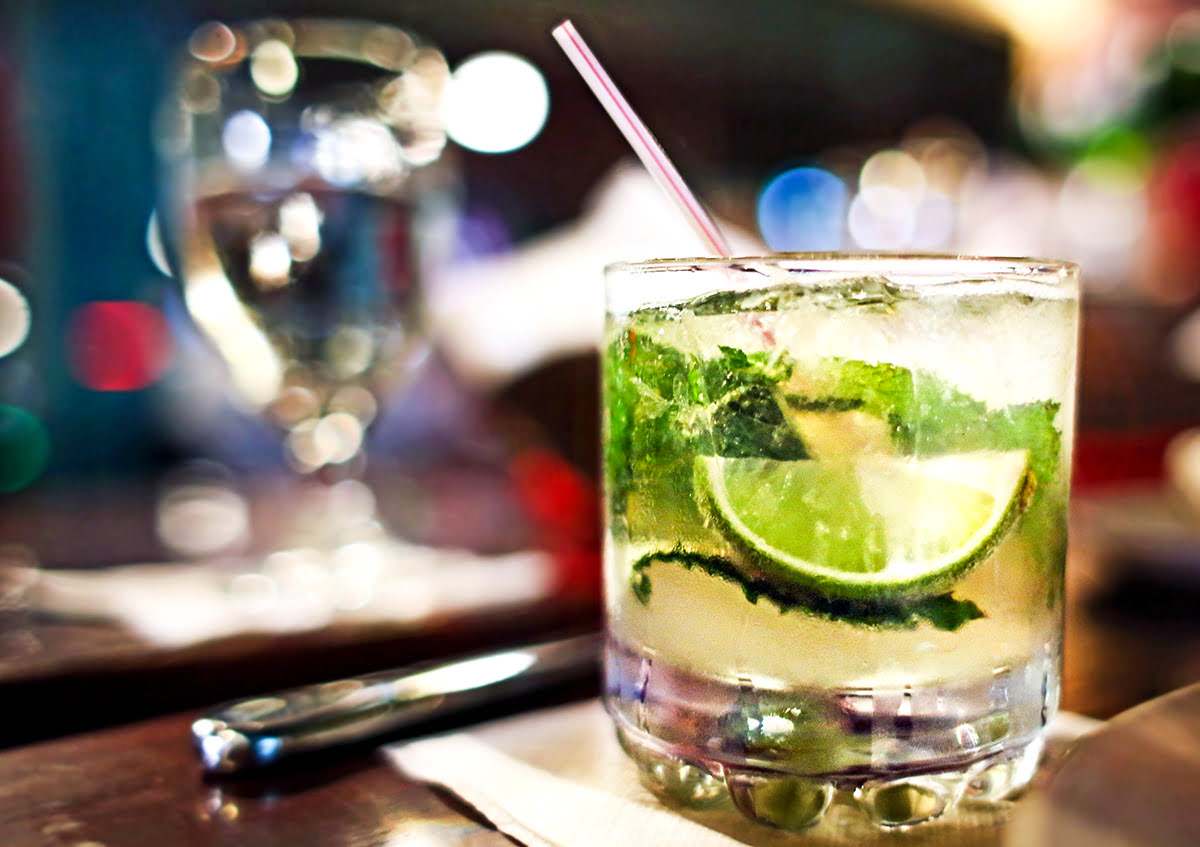 BrewDog: This cozy bar offers 20 varieties of craft beer, as well as standard late-night pub fare like hamburgers, hot dogs and cheese platters. BrewDog is located in the Saito Building at 5-3-2 Roppongi.

TAFIA:This specialist rum bar stocks an impressive collection of rare and limited-edition bottles. The bar is owned by Chie Tato, a founding member of the R.U.M. Japan association. TAFIA is located at 2-15-14 Nishi-Azabu.

Check In to a hotel in Roppongi Step Out to Roppongi Hills