For a tiny island floating in the Yellow Sea, Jeju Island is packed with adventure! Things to do in Jeju Island include everything from hiking up Mount Hallasan to shopping at Dongmun Traditional Market in Jeju City. Known as the “Island of the Gods,” Jeju Island also is the top honeymoon destination for Korean newlyweds, so the island is a perfect spot for a romantic getaway. With romance, trekking, beaches, horse riding, top-notch diving and sunsets on white sandy beaches, Jeju Island has no shortage of attractions, museums, beaches and breathtaking nature treks! Things to Do in Jeju Island | Jeju City Shopping & Attractions

No matter which Jeju Island attractions you have on your itinerary, your first stop most likely will be Jeju City. The island’s capital is home to Jeju International Airport and the Port of Jeju, which is the landing point for daily ferries from mainland South Korea. (Ferries also take passengers to the eastern side of the island to the smaller island of Udo and the Seongsan region.) While many things to do in Jeju Island lie outside the city limits, Jeju City is a great home base and contains several can’t-miss tourist attractions as well. 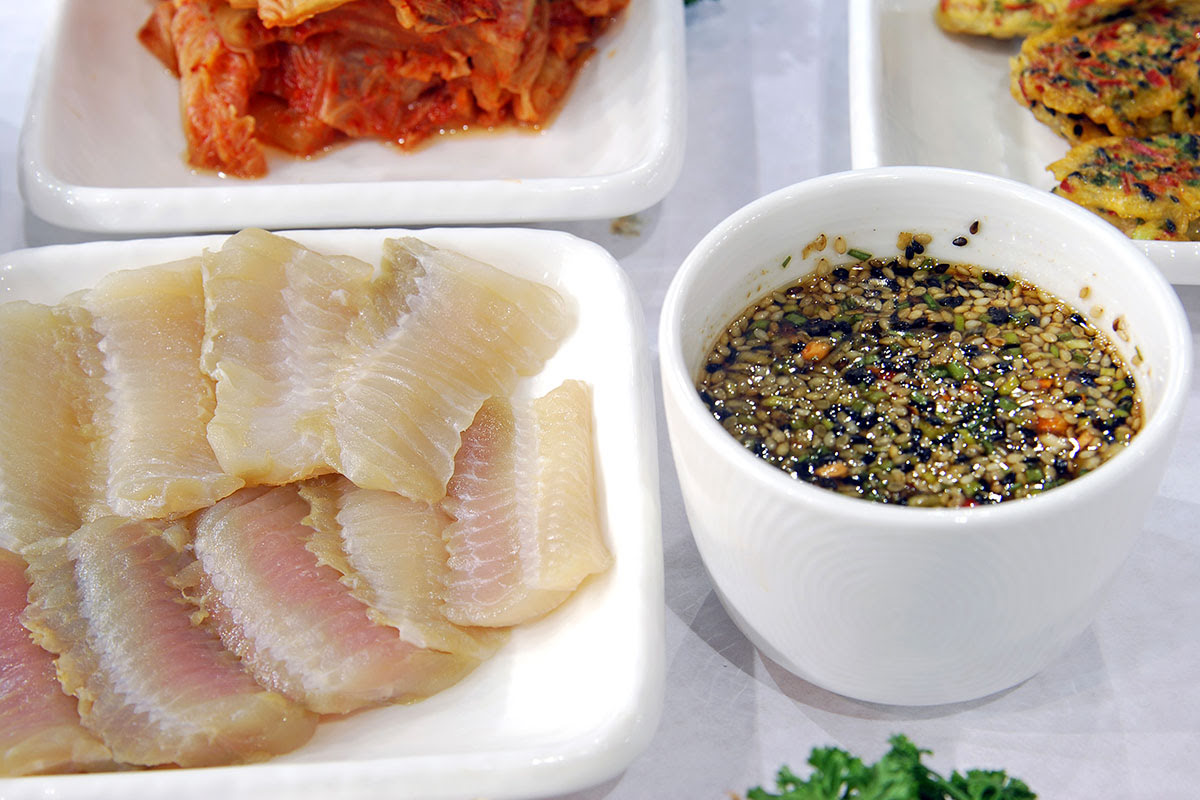 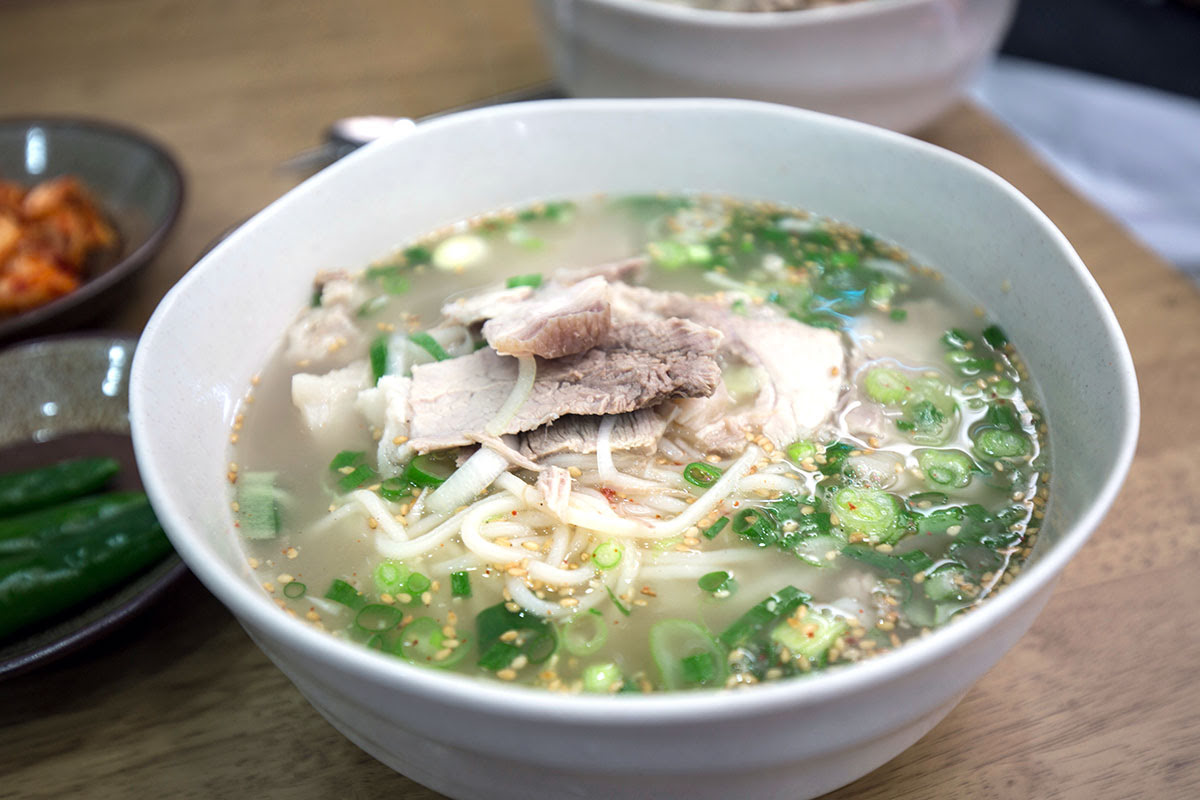 Two of the best things to do in Jeju City are shopping and eating. Luckily, Jeju City is home to Dongmun Traditional Market, where travelers can gorge their eyes and stomachs on fresh seafood as well as pick up island souvenirs. This diverse one-stop shopping spot is Jeju Island’s largest and oldest market, and it is open daily from 8 a.m. to 9 p.m.

What to eat at Dongmun Traditional Market

While shopping and sightseeing are the reason many people visit the market, the most popular activity at Dongmun Traditional Market is eating! Not only is the seafood fresh from the Yellow Sea, but it also can be cooked for customers on the spot. Some can’t-miss dishes to try at Dongmun Traditional Market include meat noodles, black pork and fresh abalone (jeon-bok). Adventurous foodies can look for samples of horsemeat sushi and sashimi.

What to buy at Dongmun Traditional Market

Dongmun Traditional Market features everything from fresh seafood to Korean souvenirs. Travelers will find an abundance of fresh fruits and vegetables to try on the spot and plenty of dried herbs, bamboo goods, chocolates, clothing and hand-crafted items to take home as keepsakes and gifts. 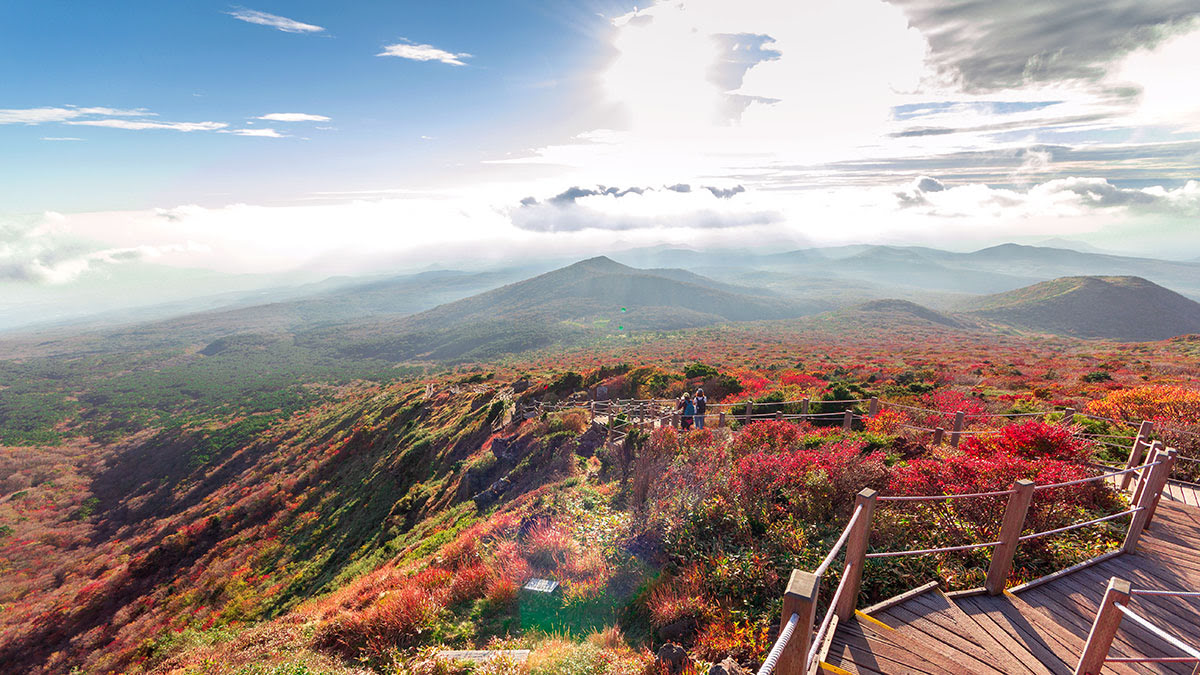 Things to Do in Jeju Island | Day trips from Jeju City

Jeju City is indeed a great place to spend a day, but travelers wanting to get up close and personal with nature should plan on taking a few day trips from Jeju City. Many of the island’s top destinations can be reached by bus or taxi in less than two hours, and several attractions have nearby accommodations, so if you fall in love with one area and want to stay longer – no problem! 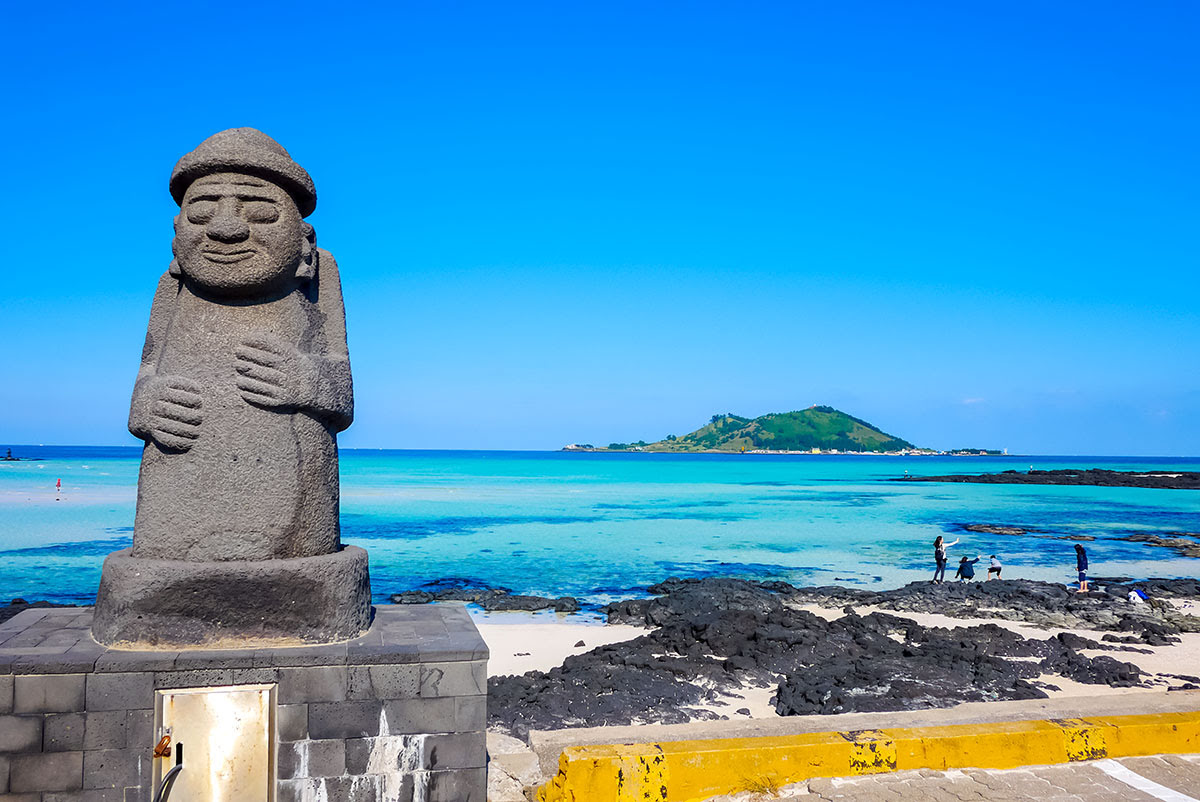 Where to Stay in Jeju Island

Jeju Island generally is divided by its four most popular areas for tourists – Jeju City, Seogwipo, Seongsan and Aewol. Plenty of hotels and accommodations are available in each area. Here are four to get you started. (Just click any link or photo to explore more great hotels in Jeju Island!)

Check In to Ocean Suites Jeju Hotel, Step Out to Jeju City 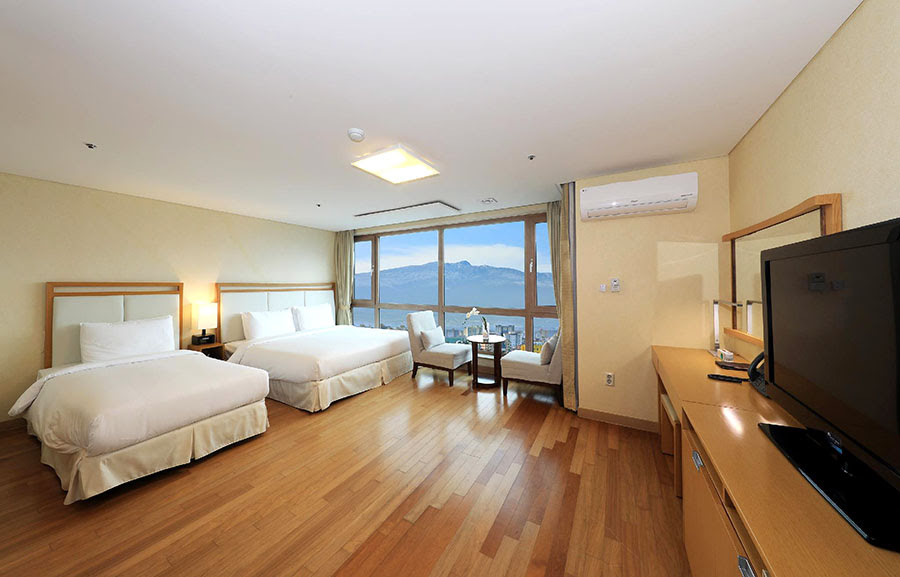 Check In to Hotel Gaon J Stay, Step Out to Seogwipo 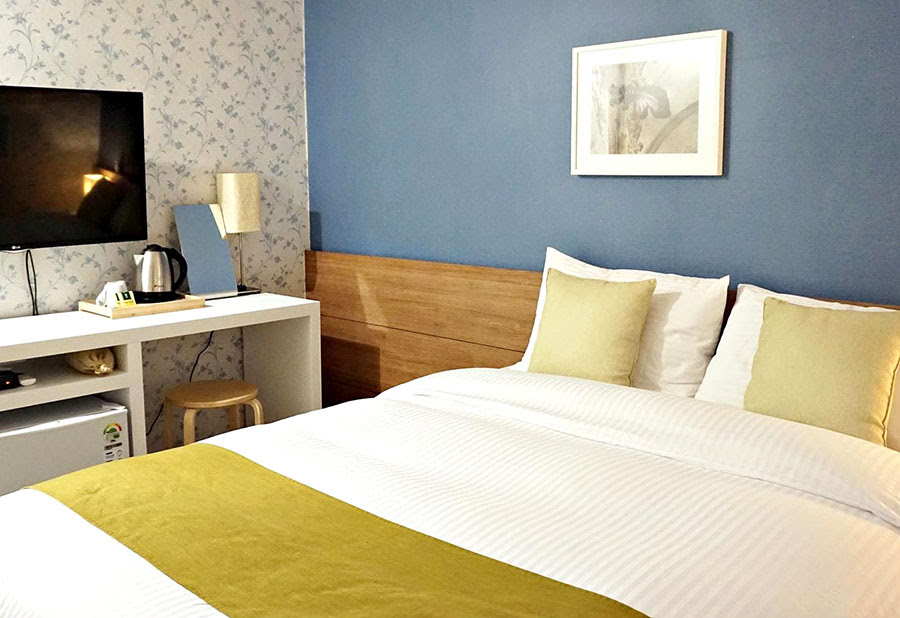 Check In to The Cloud Pool&Spa, Step Out to Seongsan 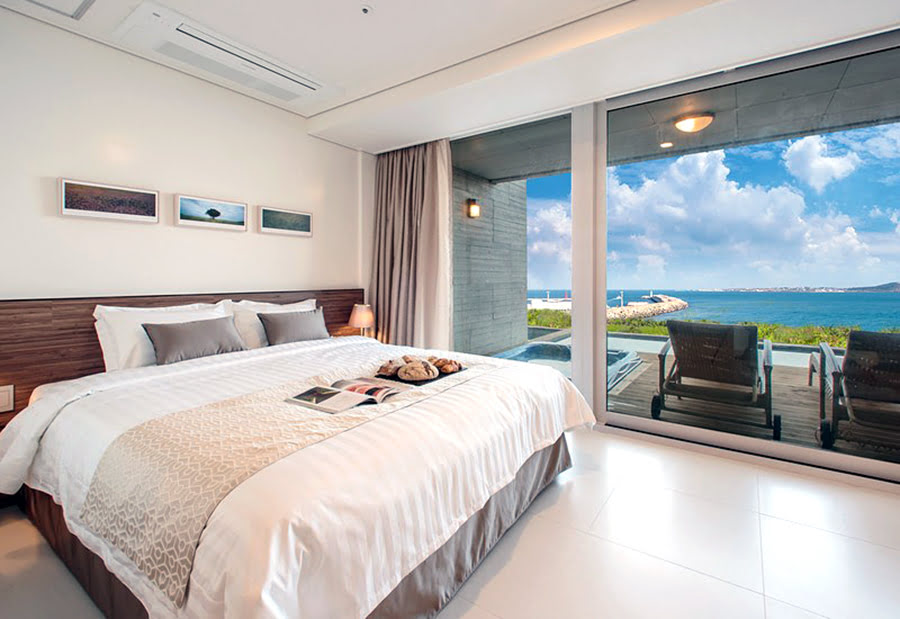 Check In to Dyne Oceano Hotel, Step Out to Aewol 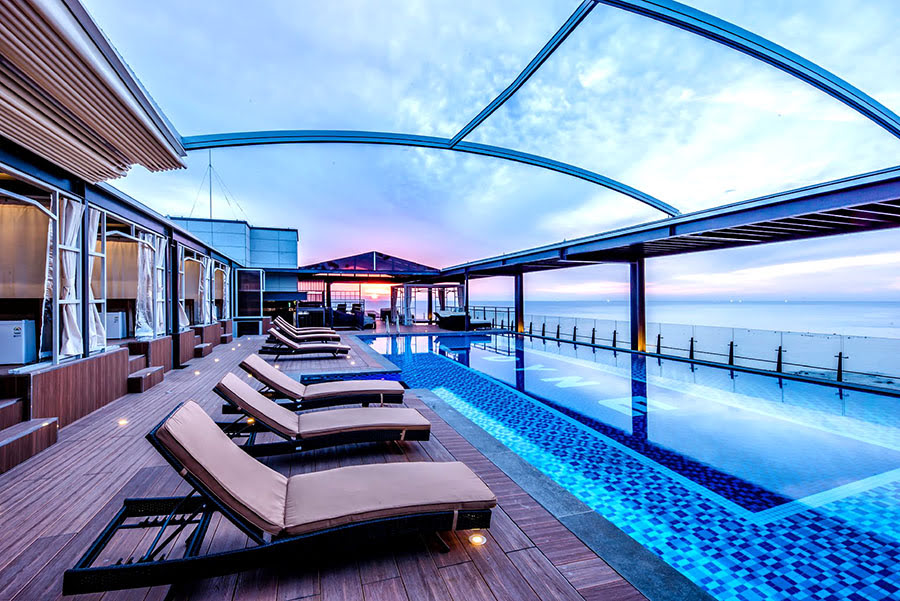