Ryoanji Temple is a beautiful temple complex in northwest Kyoto that also houses the most well-known Zen rock garden in the country. It belongs to the Myoshinji school of the Rinzai branch of Zen Buddhism. The entire complex is listed both as a UNESCO World Heritage Site and as one of the Historic Monuments of Ancient Kyoto. Ryoanji Temple is a must-visit landmark on your tour of the city, as it is steeped in history and remains an important cultural site to this day. It is easily accessible by train or by bus and surrounded by other important landmarks as well. 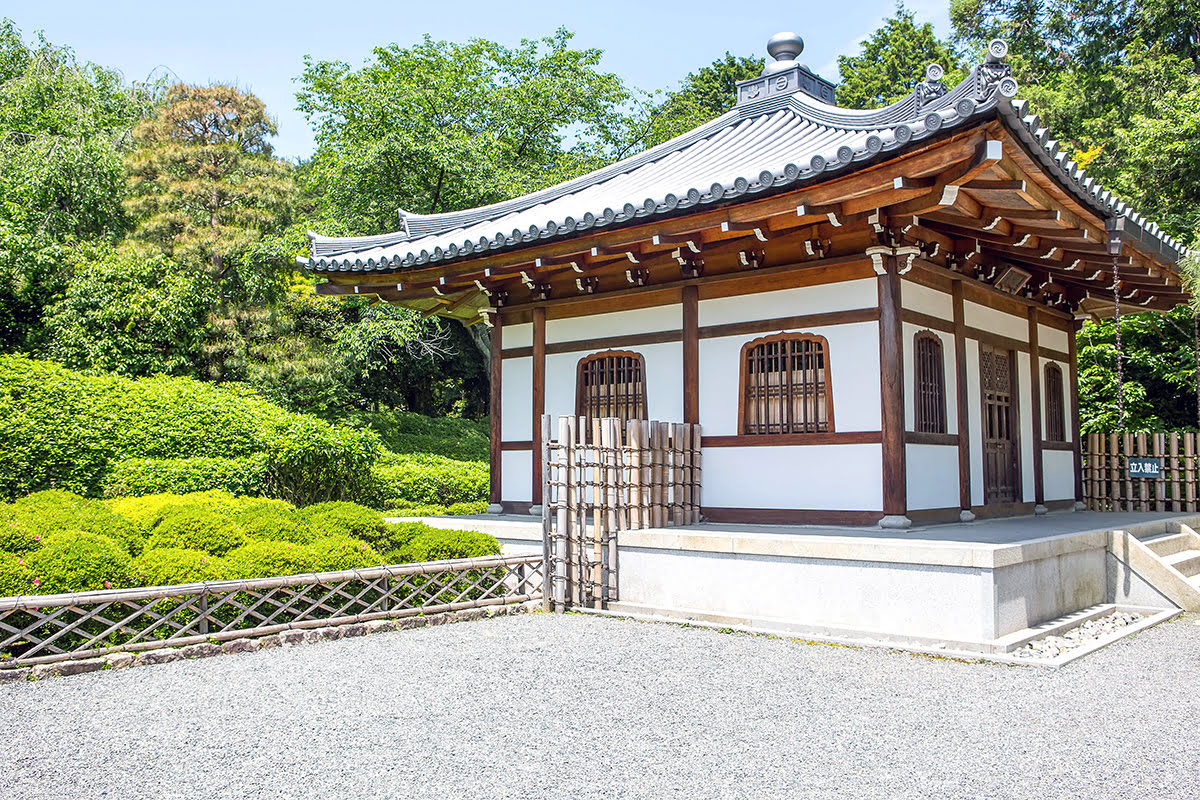 The site where Ryoanji Temple sits today dates back to the 11th century when it served as an estate of the Fujiwara Clan. The temple itself was established in 1450 by a powerful deputy named Hosokawa Katsumoto. The original temple was destroyed in a fire just two decades later, but it was rebuilt in 1488 by Hosokawa Matsumoto, Katsumoto’s son. Sources conflict about when the temple garden was built. Some suggest a construction date near the end of the 15th century and others a date during the 16th century or even the 17th century. Another fire in 1797 destroyed the temple and the garden, and so both were rebuilt together at the end of the 18th century. The main highlight of Ryoanji Temple is, of course, the famous rock garden. There is a viewing platform located on the veranda of the Hojo, the former residence of the temple’s main priest. The garden covers a rectangular area of 248 square meters (2,670 square feet). It is filled with white gravel that is raked by the monks each day, leaving a linear pattern. There are also 15 larger, moss-covered stones placed throughout the garden, divided into five distinct groups. The space is enclosed by a six-foot-tall, oil-earthen wall that enhances its beauty even further.

Though the garden is slightly slanted to allow for proper water drainage, it gives the illusion of being perfectly level. The western wall is also slanted in a way that gives the garden a sense of greater depth. Another interesting facet of the temple’s design is that only 14 of the boulders are ever visible from any vantage point. Tradition holds that you can only see all 15 stones at once after attaining enlightenment.

It is not known who designed the garden, and the meaning of the design is a much-debated point as well. Some see the large stones as a representation of a tiger leading her cubs over a stream; others propose that the garden is a depiction of mountain peaks emerging through a layer of clouds. Many also think that the original intention was simply to leave the viewer’s imagination free to form its own interpretation. 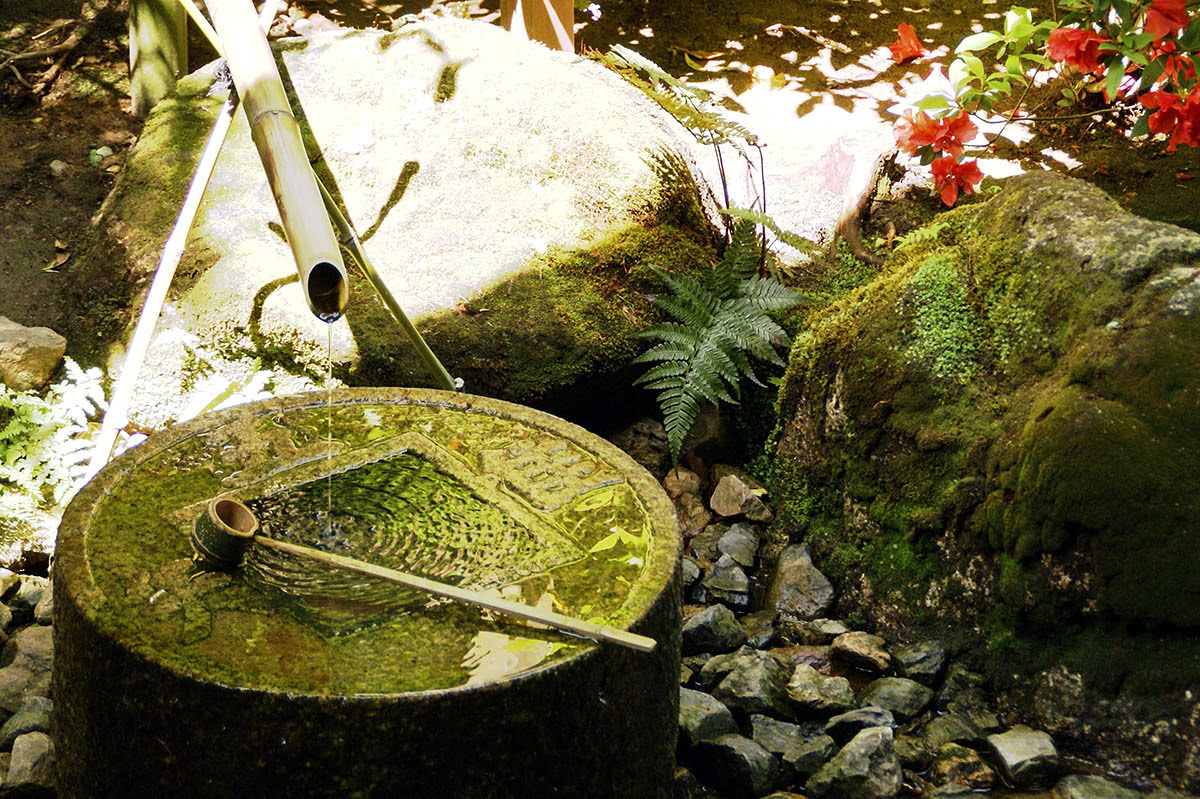 After viewing the garden, it is highly recommended that you take a stroll around the rest of the Ryoanji Temple grounds. The grounds are particularly beautiful during the cherry blossom season but lovely to visit any time of year. Make sure you stop by the spacious garden located to the left of the temple entrance. Here, you can enjoy a walk around a pond that was constructed back to when the site was a villa for the Fujiwara clan. There is even a restaurant named Ryoanji Yudofu Umegaean where you can try some specialty Kyoto boiled tofu.

In the very back of the temple complex is a famous stone water basin into which water is continually flowing for ritual purification. The low height of the basin requires the user to bend down to use it, which is seen as a sign of humility. There are also four kanji symbols on the surface of the basin, which, when read together, remind the reader about the importance of contentment. 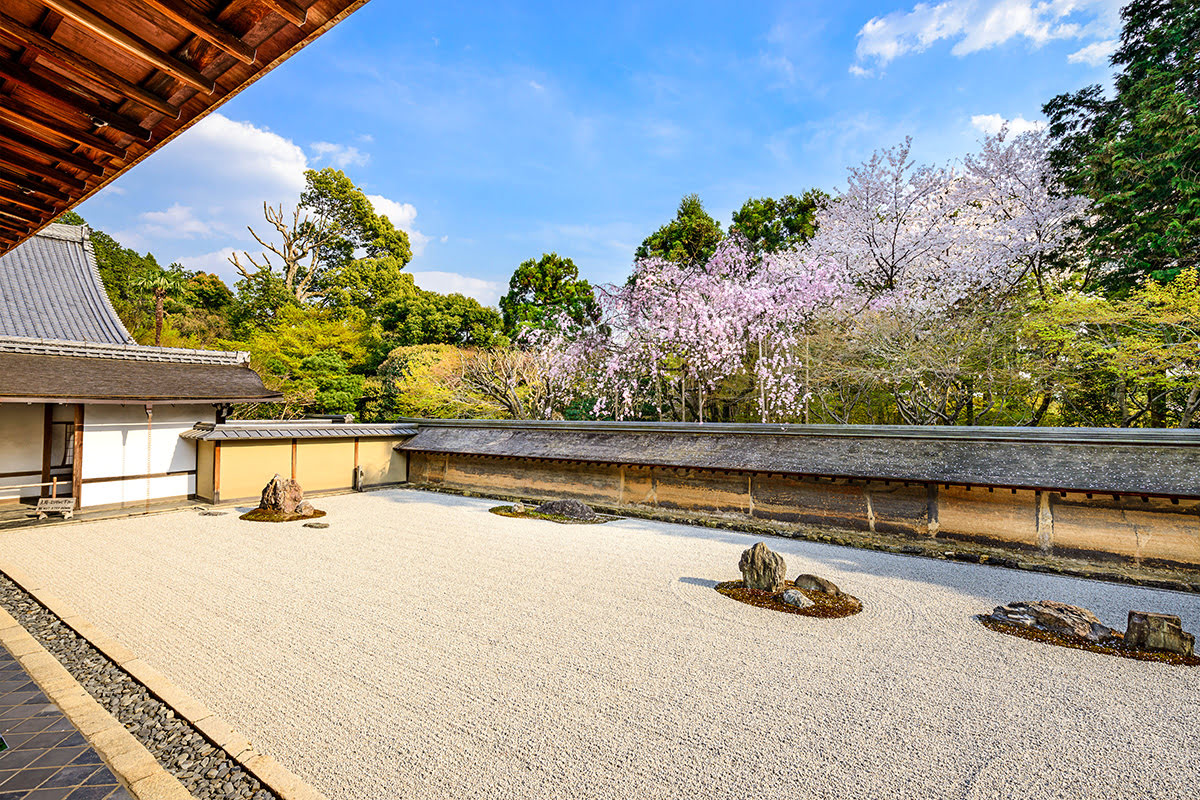 Admission to the temple is just 500 yen for adults and 300 yen for children under 15. Tickets are purchased right at the temple.

Ryoanji Temple is quite a popular tourist site, attracting hundreds of visitors each day. If you want to avoid the crowds, then it’s best to come as early as you can in the morning.

Check In to guest house kyorakuya kinkakuji, Step Out to Kyoto 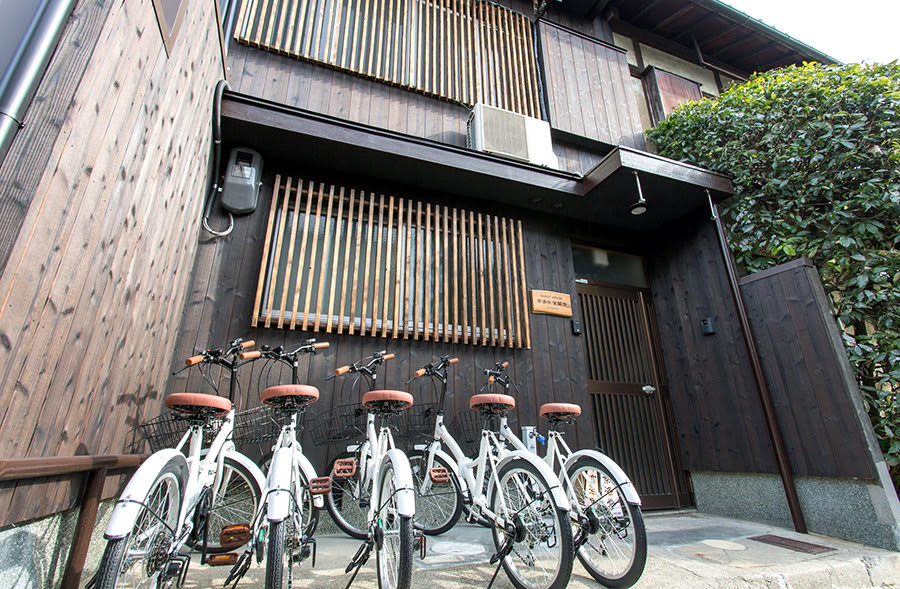 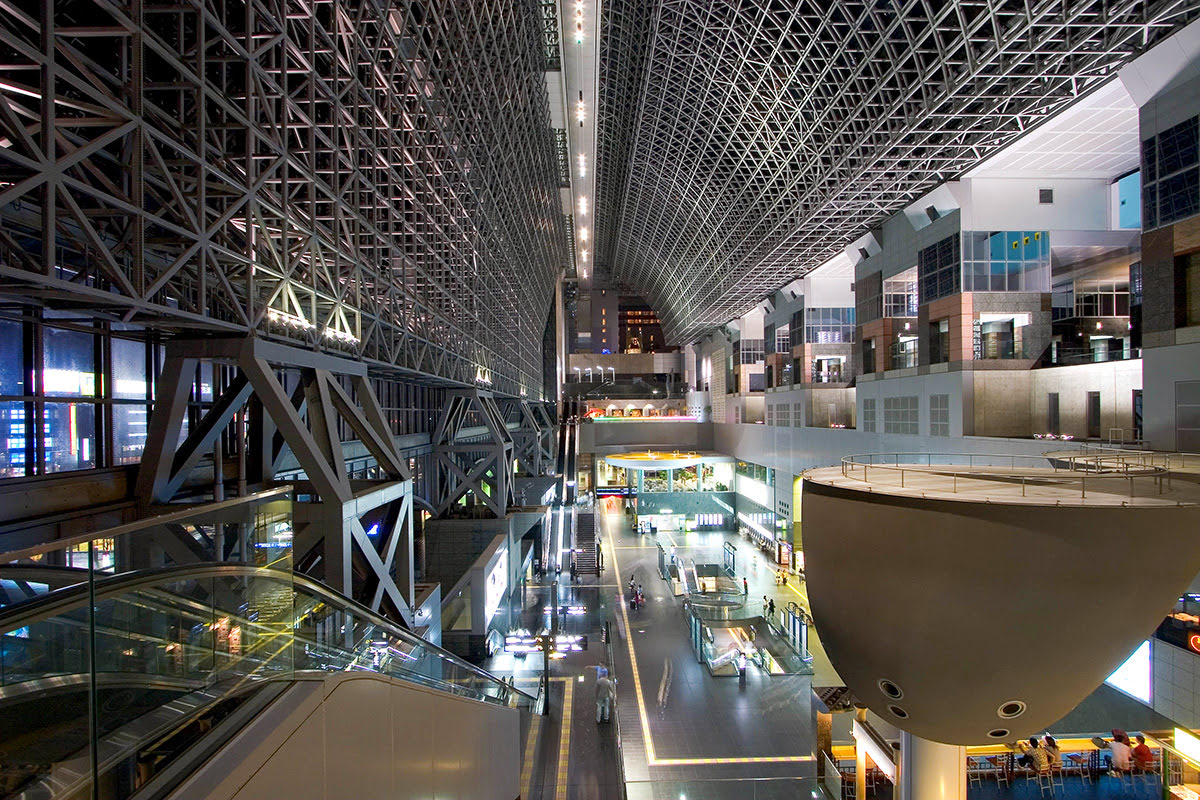 How to get to Ryoanji Temple

The easiest way to get to Ryoanji Temple is by train. Just take the Keifuku Kitano Line to Ryoanji Station and then walk about seven minutes to the temple.

Alternatively, if you are coming from Kyoto Station, you can take the Kyoto City Bus #5 and ride it for about 30 minutes to the Ritsumeikan daigaku-mae stop. From the stop, it takes about a seven-minute walk to reach the temple as well.

Check In to Hotel Vischio Kyoto by GRANVIA, Step Out to Kyoto Station 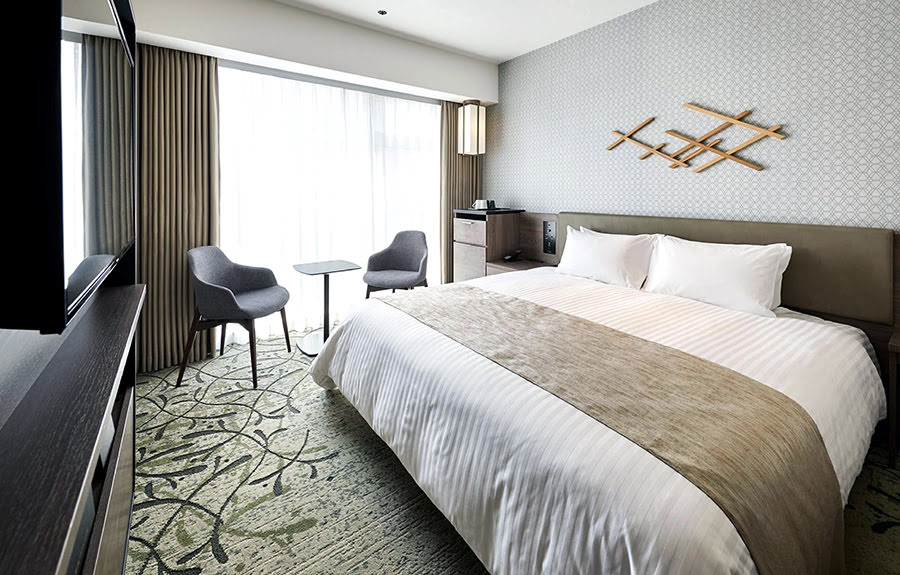 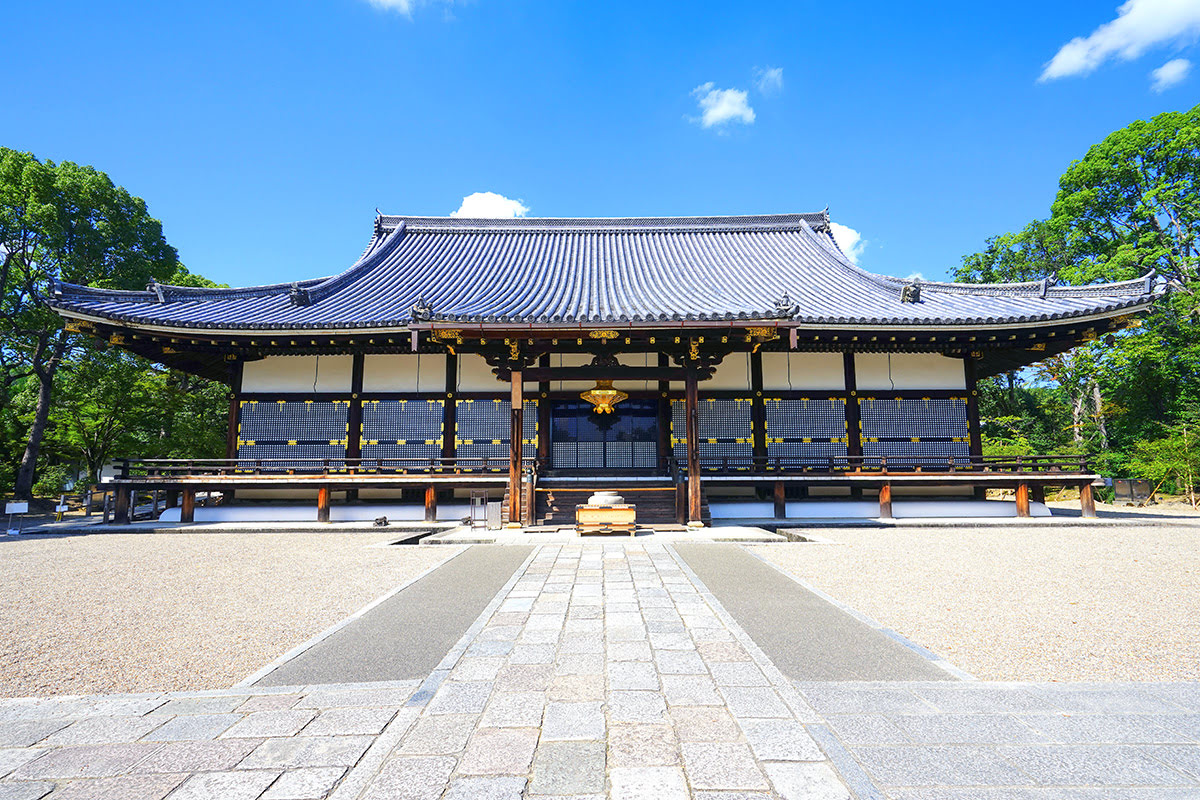 Ryoanji Temple is situated close to several other temples that are also well worth seeing. Many tourists make a half-day temple-viewing trip out of their visit to the area. Some of the nearby temples that you should check out include Ninnaji Temple, Tojiin Temple, Kinkakuji Temple, and Tenporinji Temple. It’s a great chance to take in many of Kyoto‘s historic sites in a short amount of time.

Check In to kyowara Tenjin / Vacation STAY 6821, Step Out to Ninnaji Temple 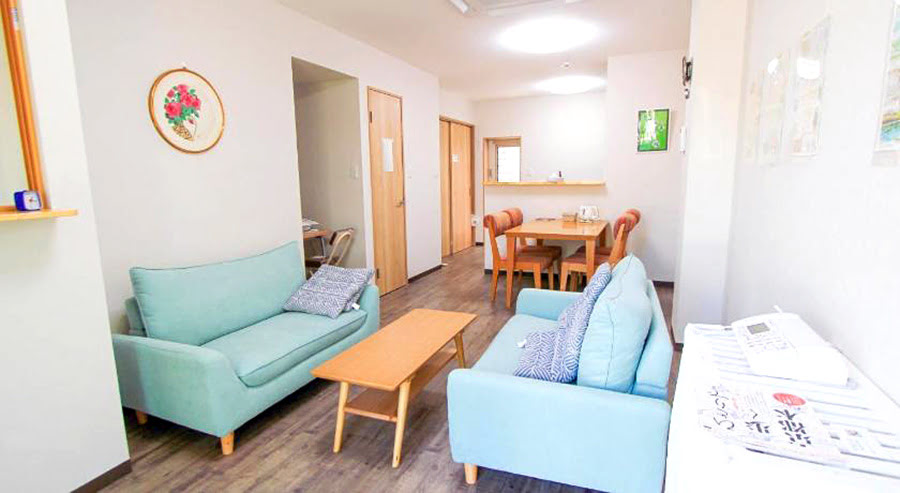