Things to Do in Odaiba: Top Tokyo Attractions & Activities

Tokyo skyline on Tokyo bay at Odaiba in Tokyo, Japan.

Things to do in Odaiba include shopping at sprawling mega-outlets, enjoying various seaside activities and visiting some of the city’s most unique tourist sites. The Southern Tokyo district Odaiba is situated on a man-made island in Tokyo Bay. Originally created to protect the city from marine attacks during the Edo era (1603-1867), the now-bustling neighborhood sees millions of tourists every year. 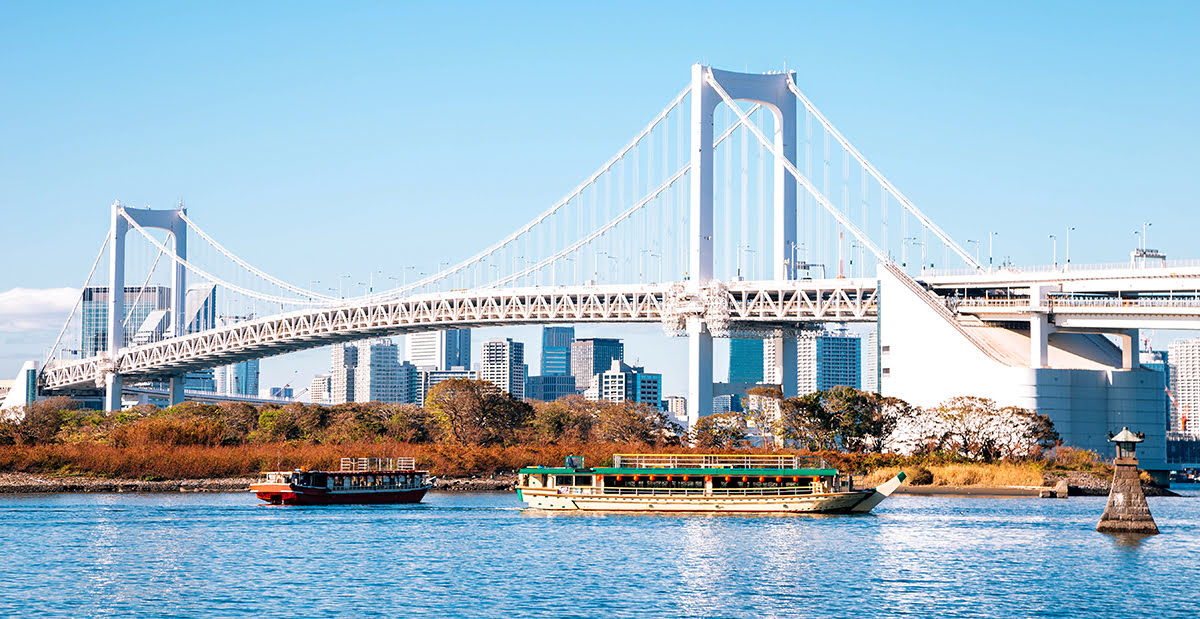 Main Landmarks and Attractions in Odaiba 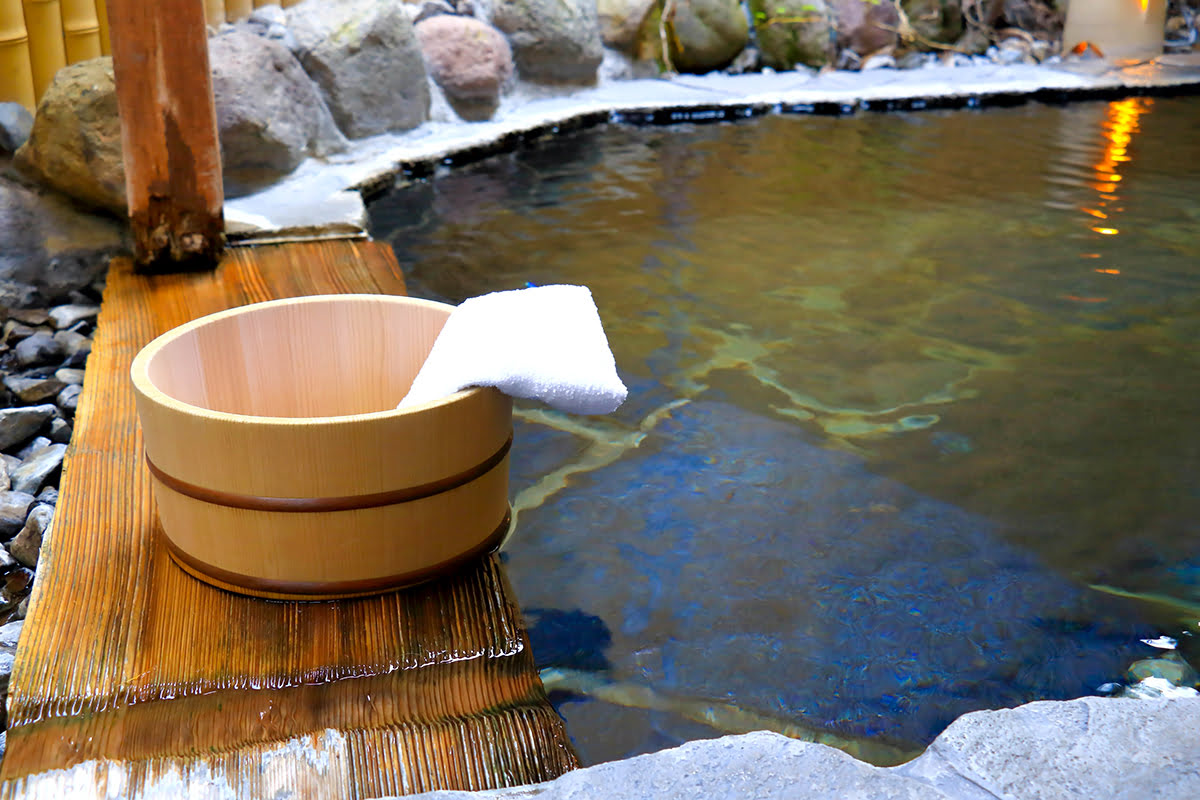 Odaiba Oedo Onsen Monogatari: Slip on a yukata (light cotton kimono) and enter into a recreation of Japan’s Edo period at Odaiba Oedo Onsen Monogatari. This large entertainment complex near Tokyo Bay in Odaiba features a food court, an arcade and an onsen consisting of both indoor and outdoor hot springs. The complex is conveniently located within a 2-minute walking distance of Telecom Center Station on the Yurikamome Line. 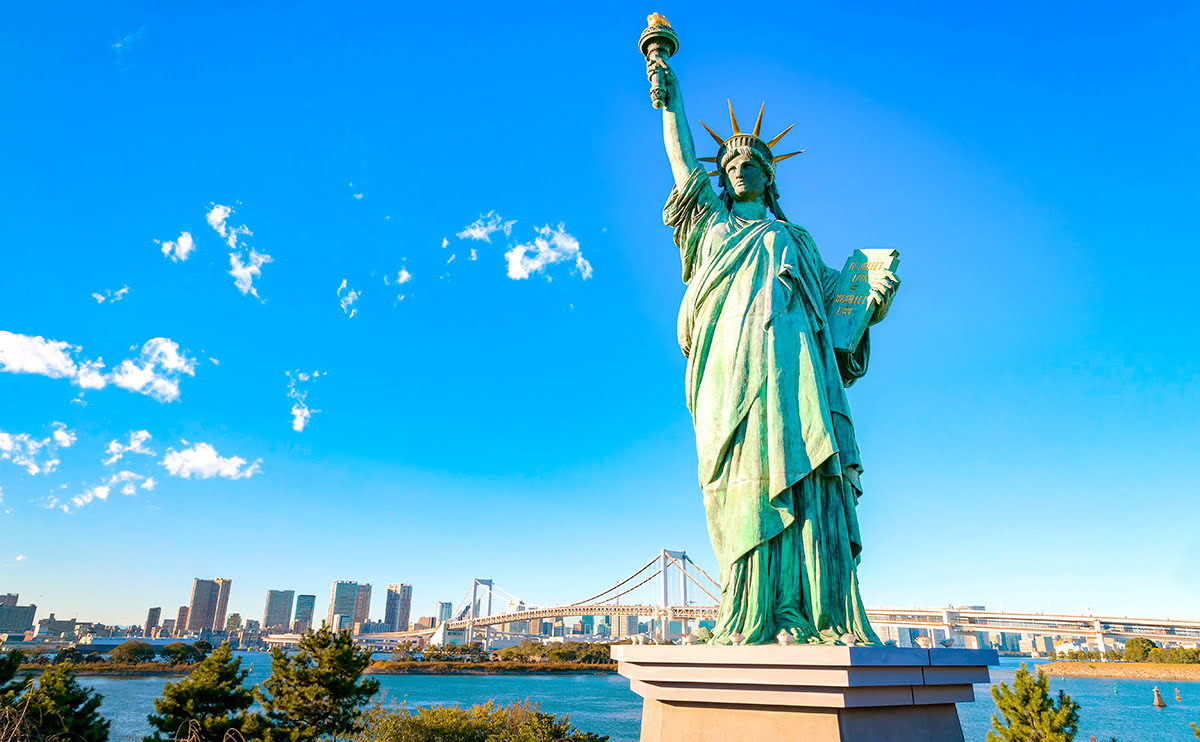 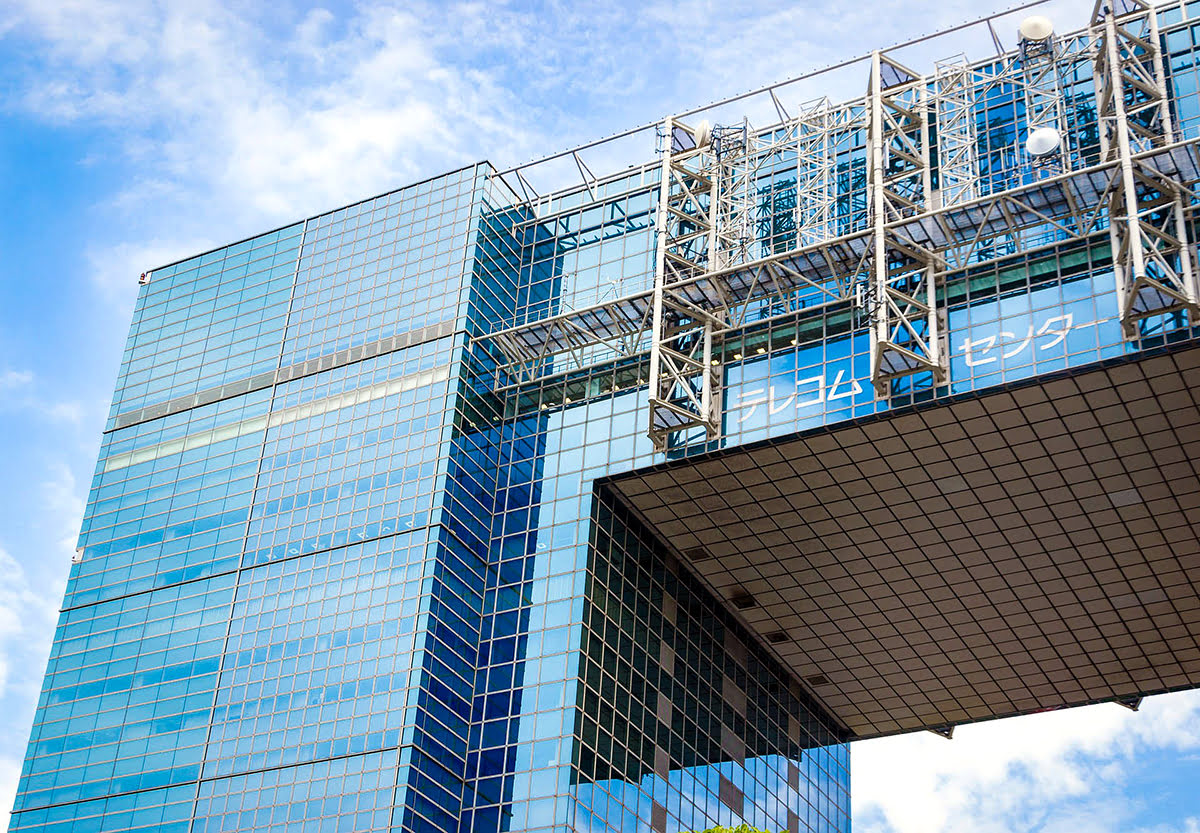 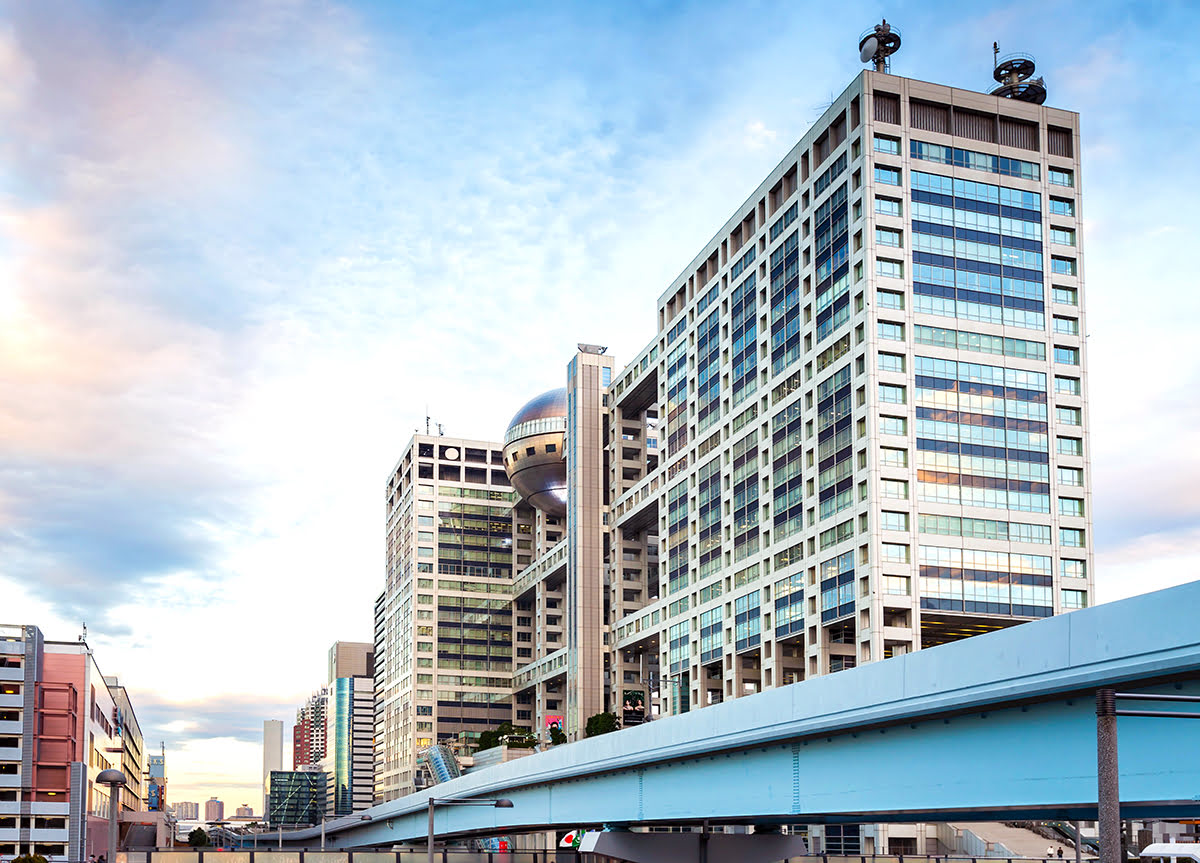 Fuji TV Headquarters: The headquarters of Fuji Television houses a display hall featuring several interesting tv-related exhibits and a light show. There is also a spherical observation deck located on the 25th floor of the building, where you can enjoy panoramic views of Tokyo Bay. Souvenir shops are located on the seventh floor of the building. Here, you can buy memorabilia related to Japan’s most popular TV shows and fictional characters, including One Piece and Dragon Ball Z. The Fuji TV Headquarters building is located at 2-4-8 Daiba, within minutes of Daiba Station (Yurikamome Line). It is open from 10:00 a.m.. to 6:00 p.m. 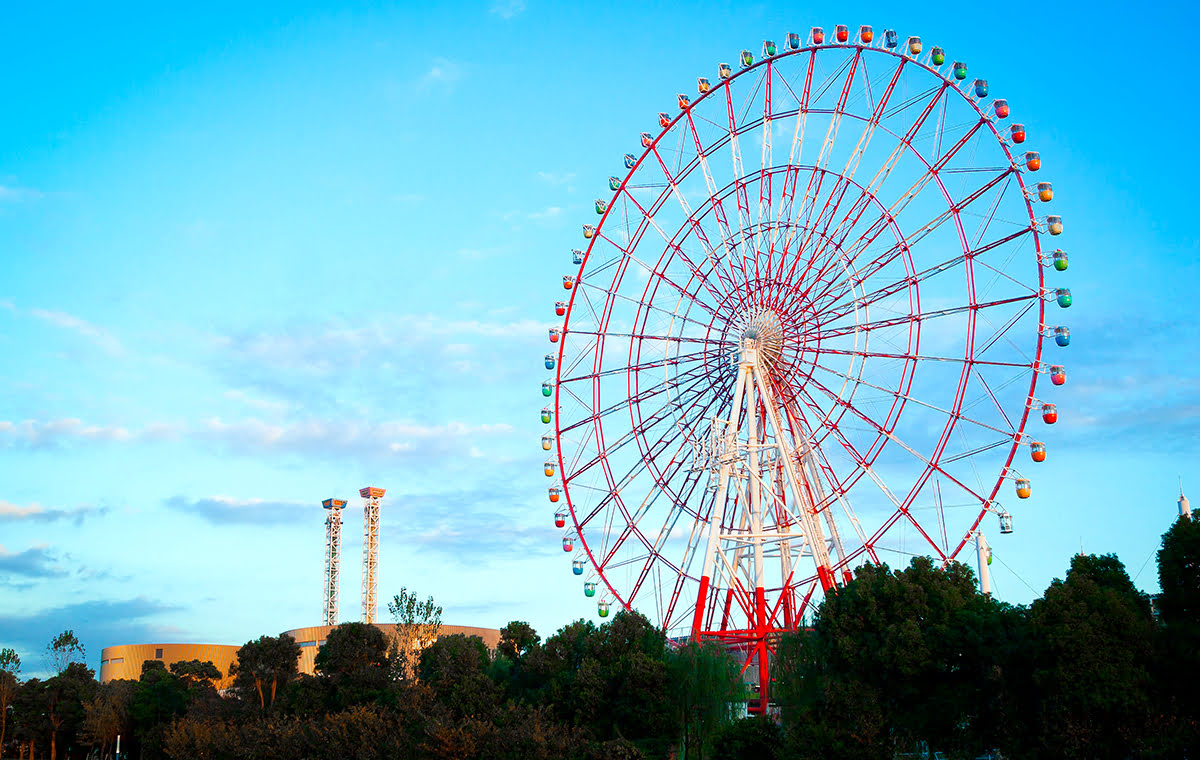 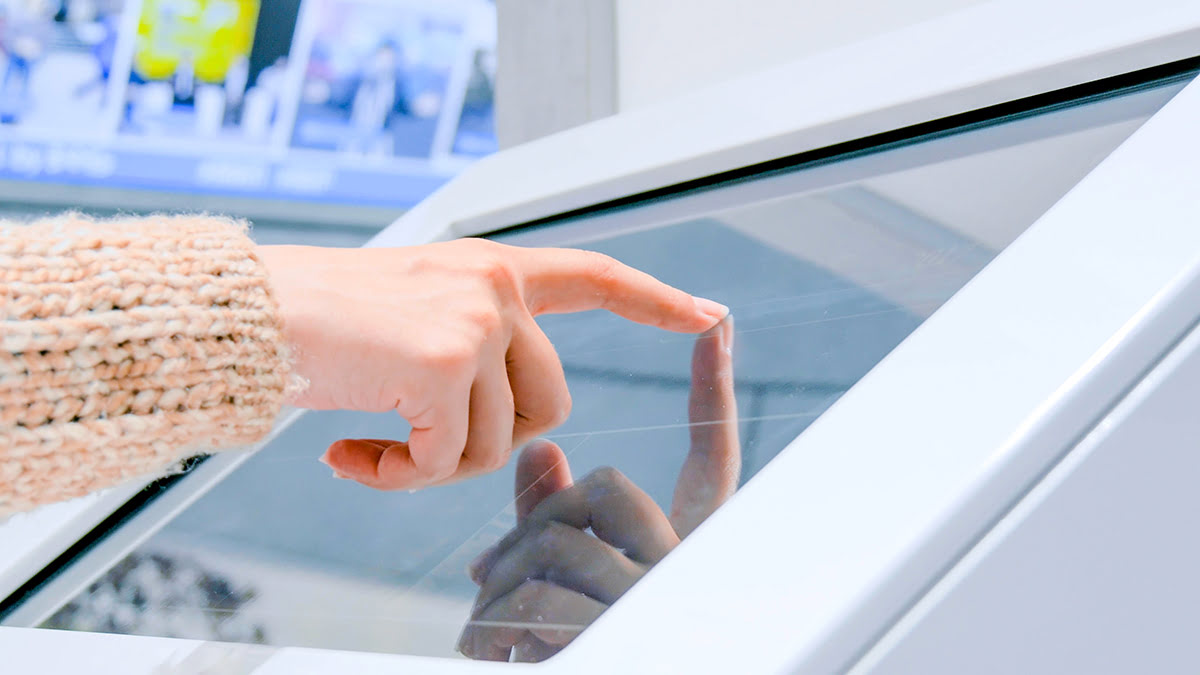 Panasonic Center: Head to the Panasonic Center to tour a showroom filled with the latest gadgets and technological innovations by the Panasonic Corporation. You’ll need to pay to enter some of the exhibits, but there are also several interesting free exhibits showcasing the latest TVs, computers and home appliances. Don’t forget to stop by RiSuPia, the science museum located on the third floor of the building. Here, you’ll find several interesting hands-on exhibits, including a Quest Gallery, where you can view and touch models demonstrating basic science and mathematics principles, and the Magical Performance Theater, an interactive cinematic experience that takes you on a 3D journey through the world of numbers and figures. The Panasonic Center is open Tuesdays to Sundays from 10:00 a.m. to 6:00 p.m. 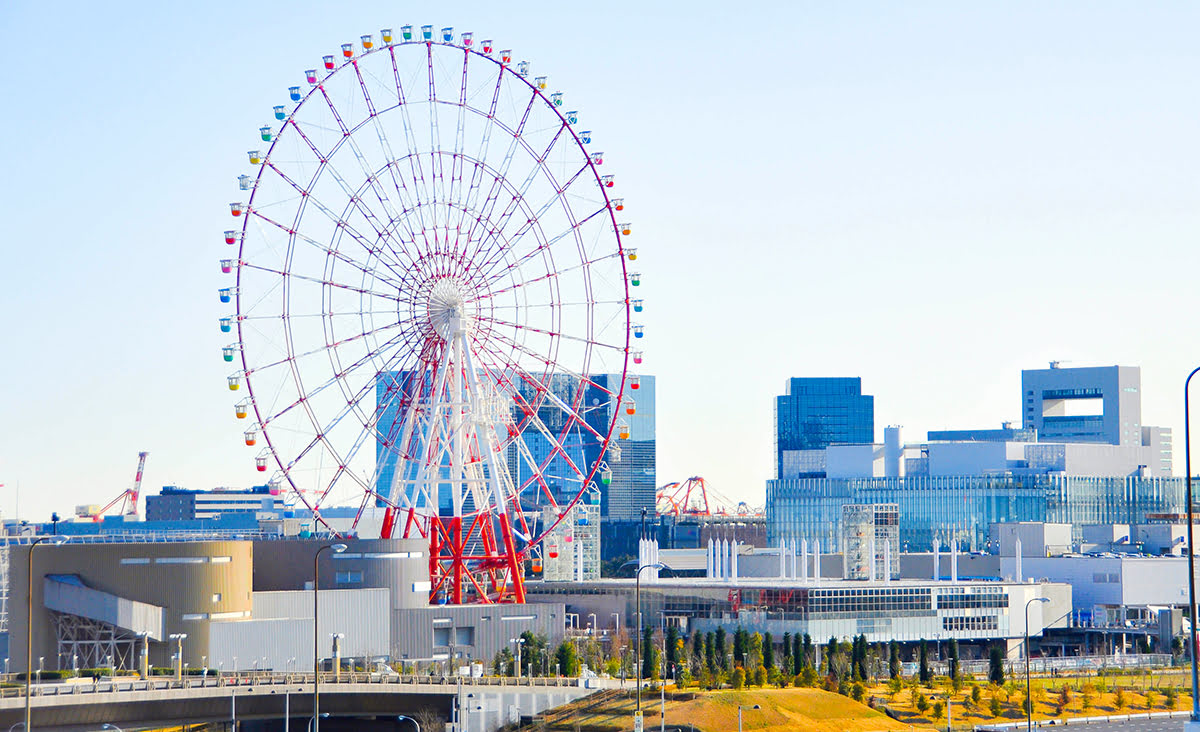 Tokyo Big Sight: Tokyo Big Sight is the Largest convention and exhibition center in all of Japan. The center is the site of some of Tokyo’s most popular annual events, including the Tokyo Motor Show and the Tokyo International Anime Fair. The complex consists of an East Hall, a West Hall and an impressive pyramid-shaped Conference Tower, which houses 22 conference rooms and an 1100-seat banquet hall. Dotted throughout the complex are eight sculptures created by renowned international artists. Hours of operation vary, so be sure to check the official website before visiting. 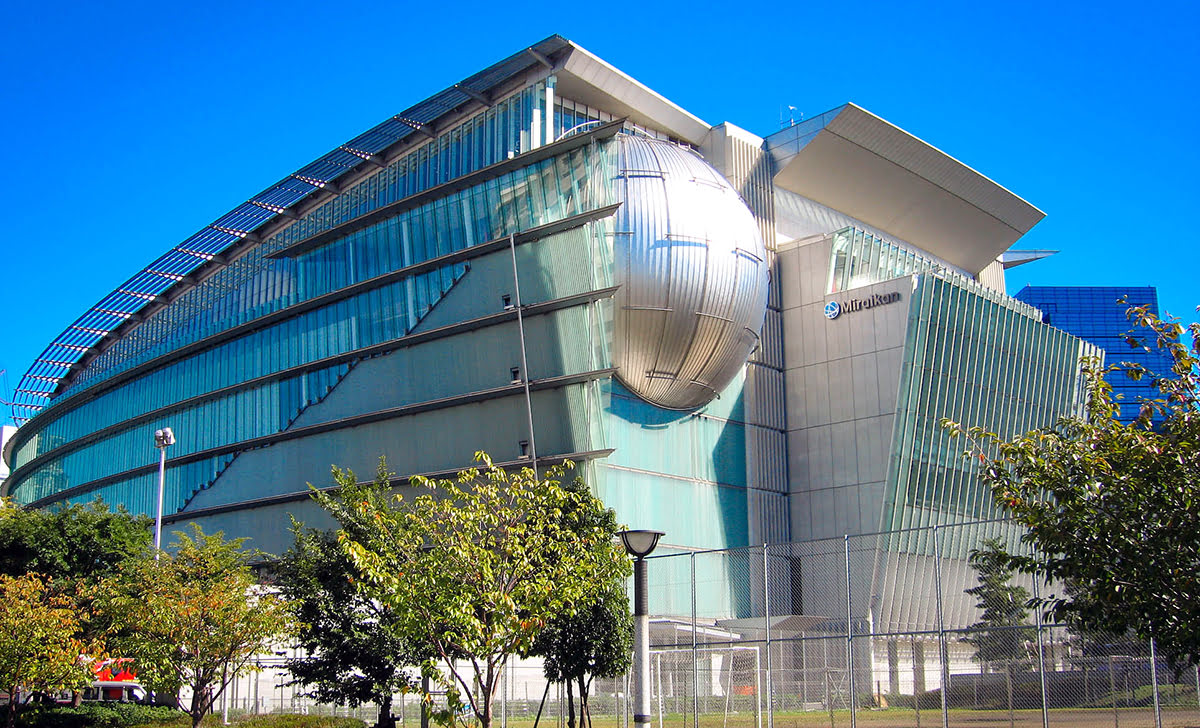 National Museum of Emerging Science and Innovation: Known locally as Miraikan, the National Museum of Engineering Science and Innovation is Japan’s best science-related museum. Here, you’ll explore exhibits based on space, technology, innovation and sustainability. Permanent exhibits include the famous ASIMO robot, a scale model of the International Space Station, and a simulation of the Super-Kamiokande neutrino detector. The National Museum of Emerging Science and Innovation also hosts regular special exhibits. Past exhibits include installations based on the works of Bork and Walt Disney. After touring the exhibits, head to the Dome Theater, where you can watch short films about the universe on a spherical screen made up of 10 million pixels. Miraikan is conveniently located near Aqua City Odaiba, Rainbow Bridge, and the Joypolis theme park, making it the ideal starting point for your tour of the Daiba. teamLab Borderless: This digital gallery combines art and technology to offer visitors an interactive and immersive viewing experience. Among the awe-inspiring exhibits housed within this 107,000-square-foot art space are a trampoline that creates planets and stars as you jump on it, a forest of resonating lamps that change color as you walk among them, and an infinity room featuring mirrored floors and LED lights that can be controlled with an app on your smartphone. teamLab Borderless is located within the Palette Town shopping complex. The gallery is open Monday through Friday from 10:00 a.m. to 7:00 p.m. On Saturdays and Sundays, the museum stays open until 9:00 p.m. 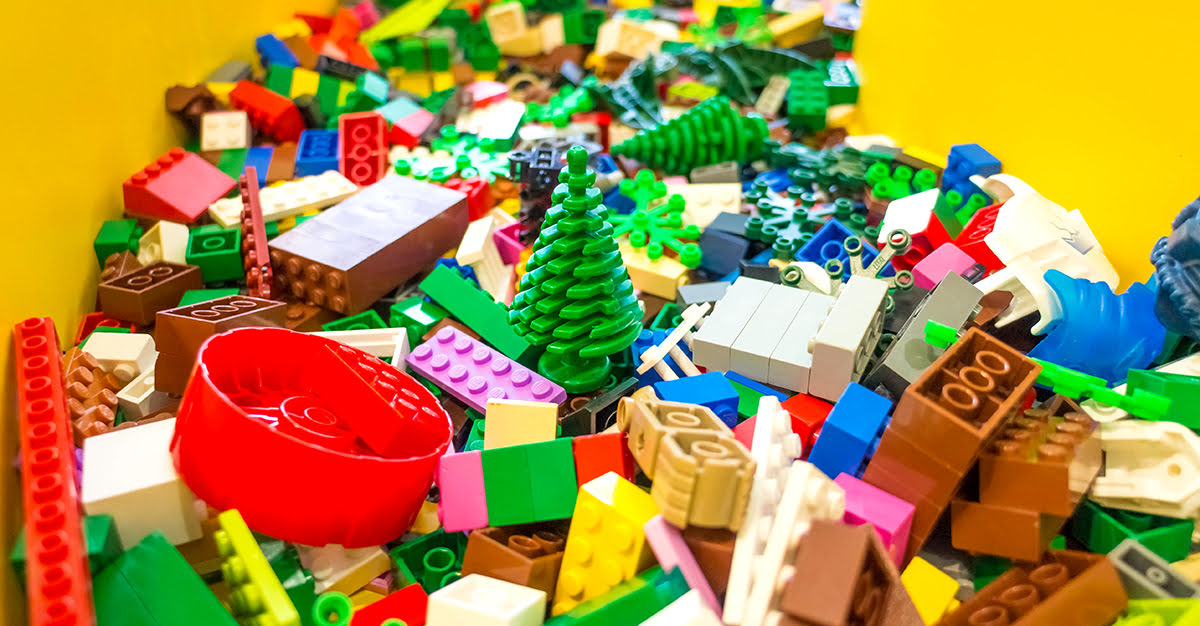 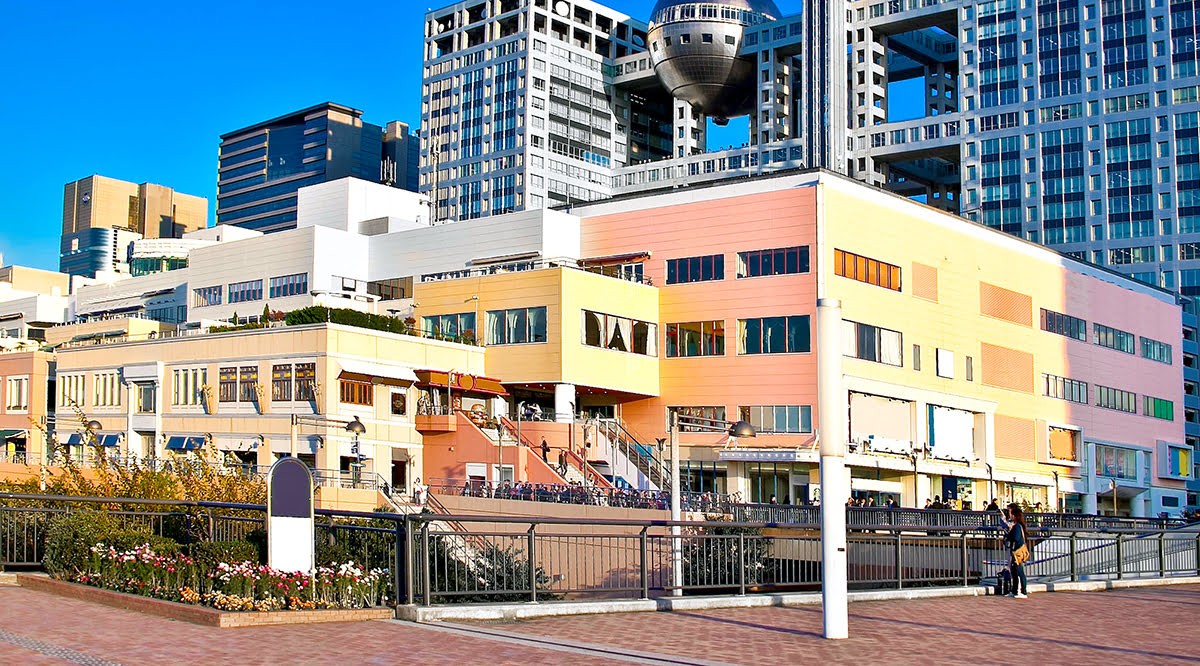 Great places to shop in Odaiba 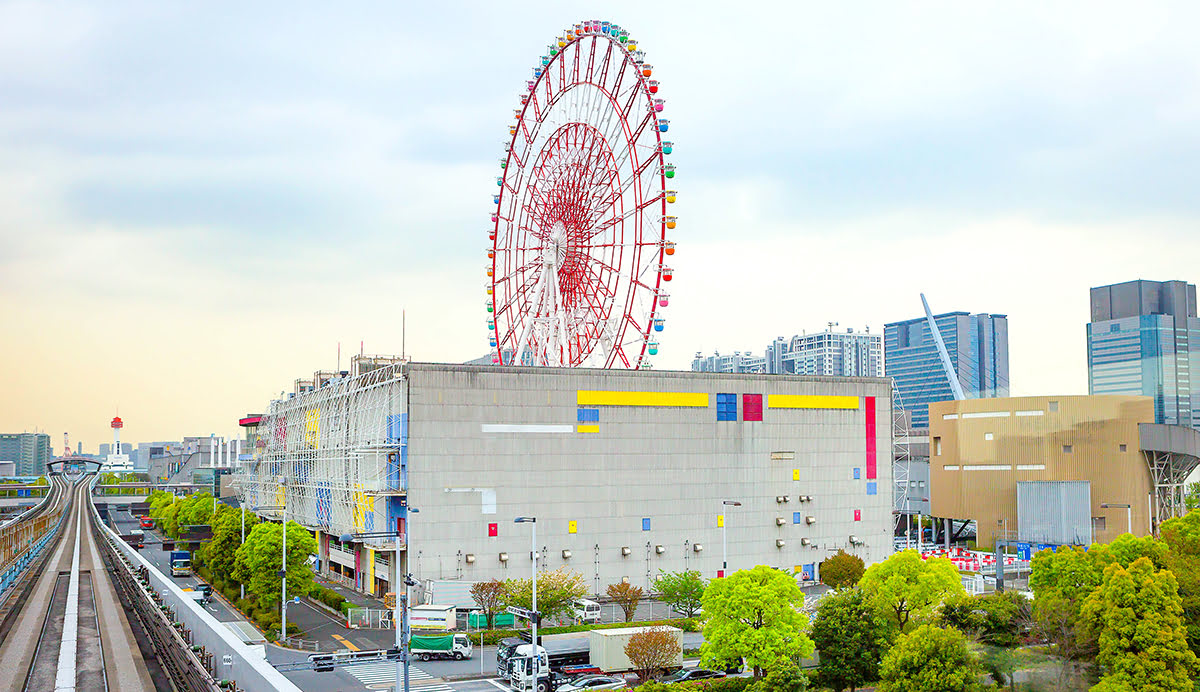 Palette Town: This massive shopping complex takes up one tenth of the area of Odaiba and is famous for being the home of the iconic Ferris wheel, Palette Town Daikanransha. Within the complex, you’ll find the Venus Fort shopping mall as well as outlets for dozens of international brands, including Nike and Tommy Hilfiger. The complex also houses Tokyo Leisureland, Megaweb Toyota City Showcase the Zeppelin Tokyo music venue, a large food court, and arcade and a haunted house. Palette Town is accessible via Aomi Station on the Yurikamome Line. The shopping complex is open daily from 10:00 a.m. to 10:00 p.m., but some of the attractions, such as Leisureland are open later. 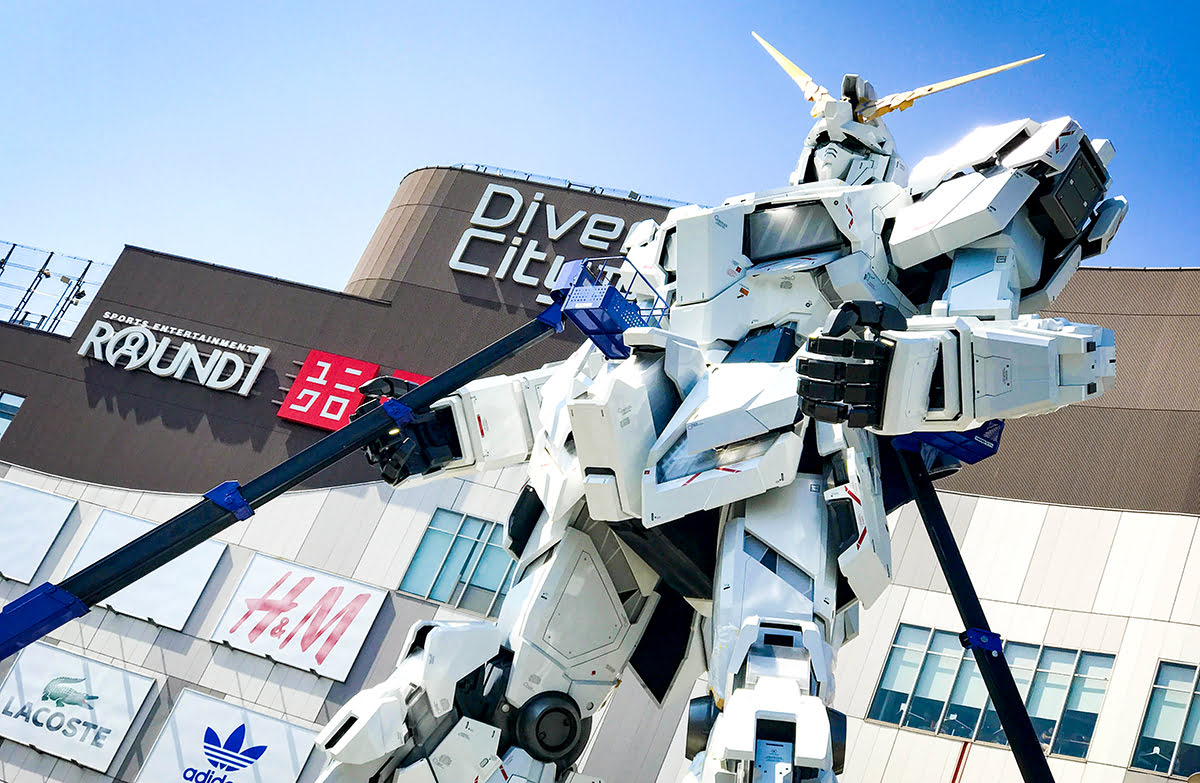 DiverCity Tokyo Plaza: You’ll find dozens of well-known fashion brands at this mall, including American Eagle Outfitters, Addidas, Coach, H&M and Zara. The mall is conveniently located within a 5-minute walk from Shimbashi Station on the Yurikamome Monorail Line. 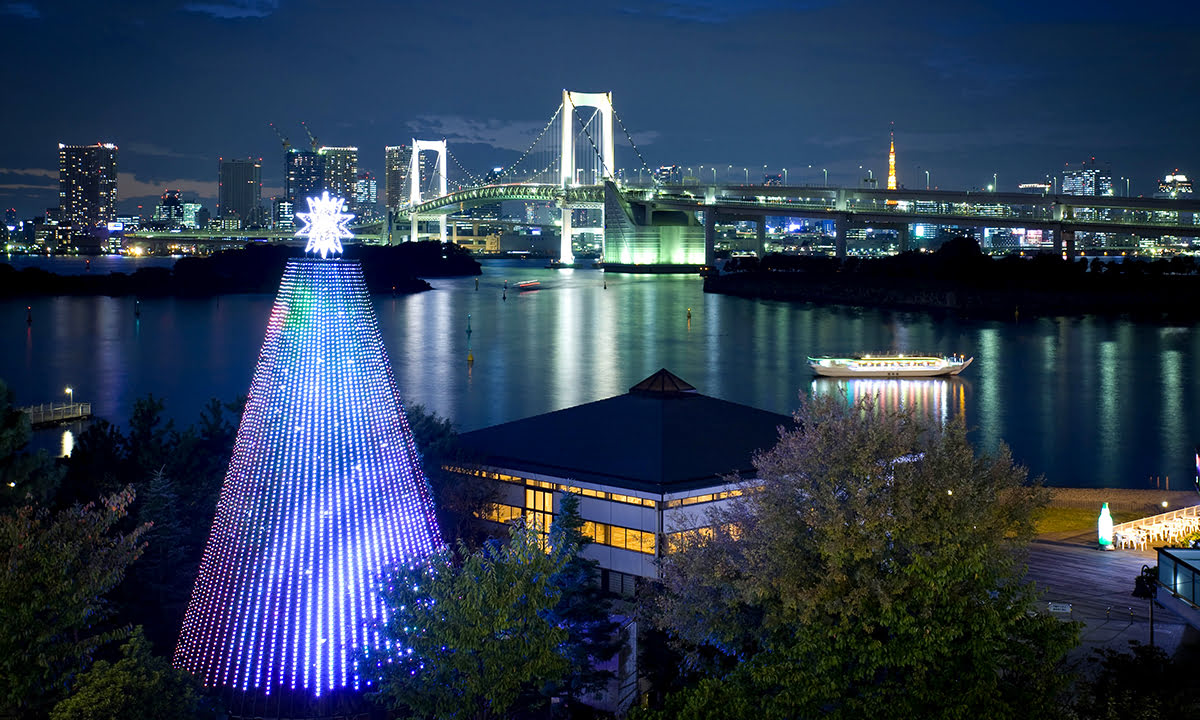 Decks Tokyo Beach: This marine-themed shopping mall is home to 90 specially boutiques offering everything from one-of-a-kind gifts to designer fashions. Also found within the mall are the LEGOLAND Discovery Center, a trick art museum, the Joypolis indoor theme park and a Madam Toussaud’s wax museum. Decks Tokyo Beach is located within a 2-minute walking distance of Odaiba-Kaihinkoen Station (Yurikamome Monorail) or within a 5-minute walking distance of Tokyo Teleport Station (Rinkai Line). 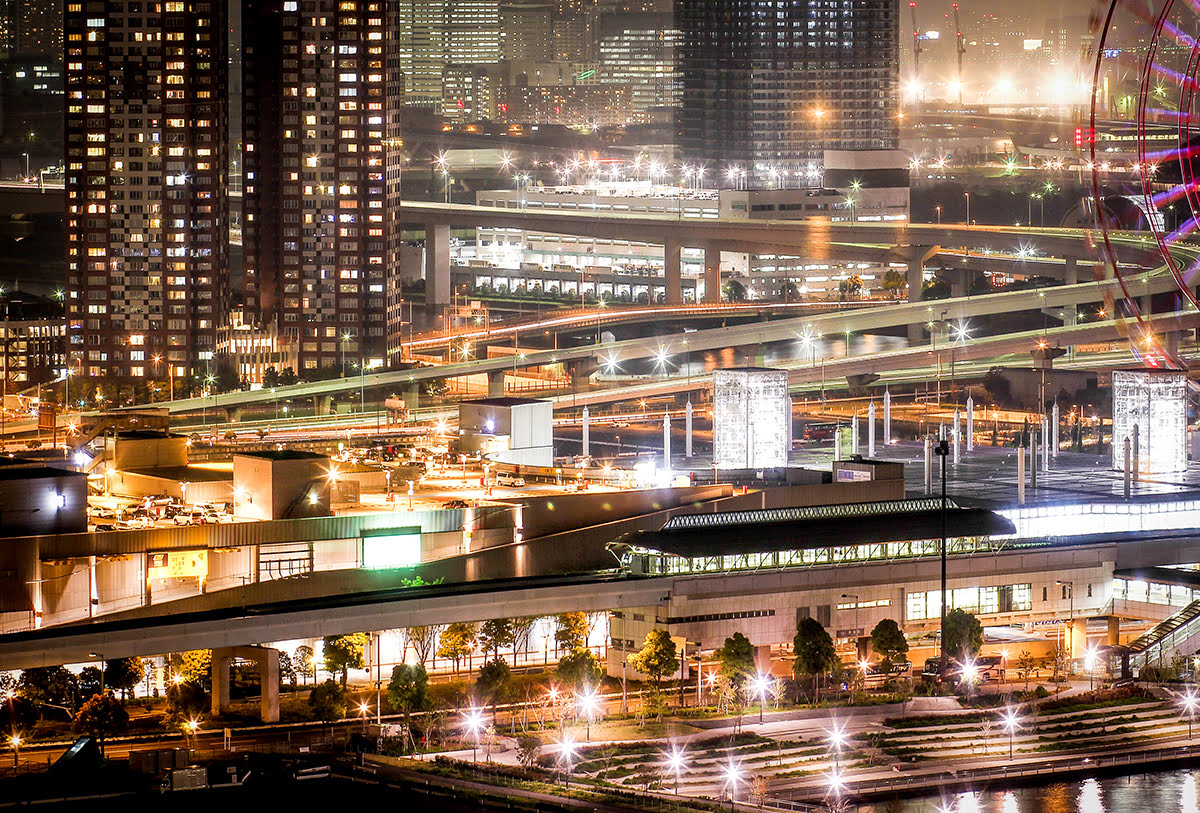 Venus Fort: Venus Fort was originally designed to be a shopping theme park for women when it opened in 1999. Today, the mall is home to more than 150 shops selling fashion, cosmetics, gifts and electronics. The shops at Venus Fort is open daily from 11:00: a.m. to 9:00 p.m. The mall’s restaurants stay open until 11:00 p.m. 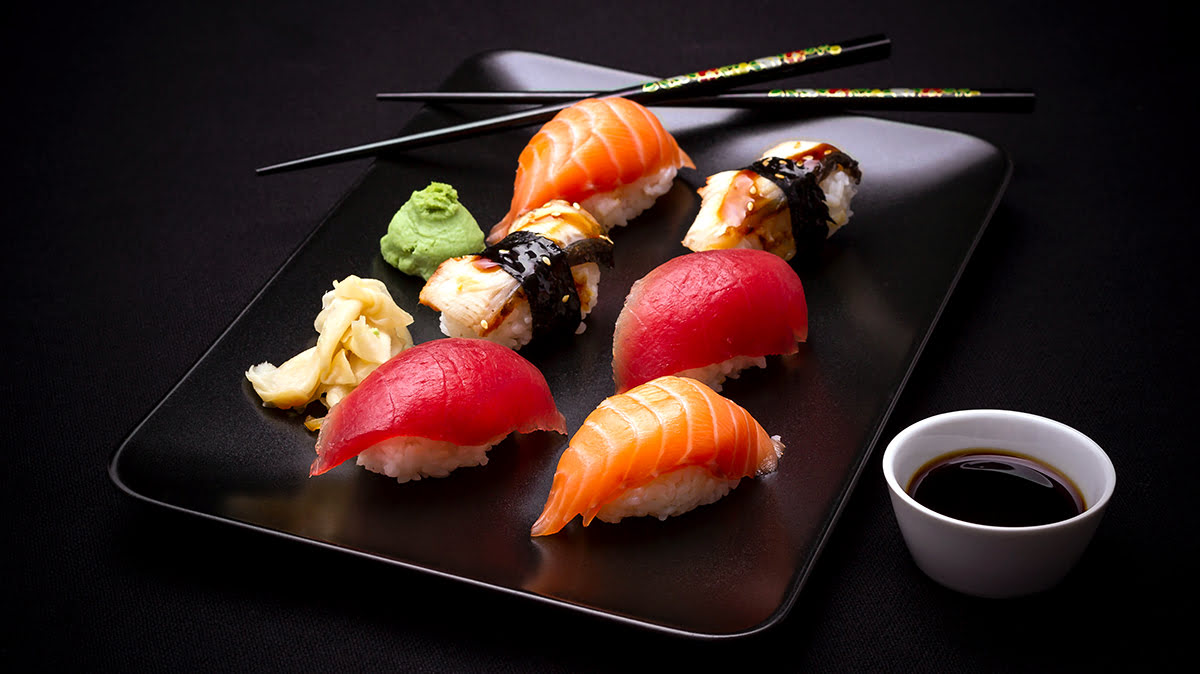 Best places to eat in Odaiba

Tarlum Bianco Odaiba: Feast on fresh seafood, soups, salads and other dishes made from locally sourced ingredients while overlooking the Tokyo Bay at this Italian-inspired restaurant. Tarlum Bianco is located in Odaiba Marine Park.

Kua’Aina: Sink your teeth into a juicy pineapple burger at this Hawaiian-themed diner, located inside of the Aqua City shopping complex. This fast-casual restaurant also serves up salads, and grilled chicken sandwiches.

Hibiki Odaiba: For the very best in traditional Japanese cuisine, head to Hibiki, where you can dine on local favorites like Kawashima tofu, sashimi and sukiyaki. Hibiki is located at 1 Chome-7-1.

Odaiba Grillogy Bar & Grill: Feast on grilled seafood and meats at this all-you-can-eat restaurant, Located inside of the Hilton Tokyo Odaiba. Grillology also has an impressive cocktail menu, making it the perfect starting point for a night out on the town. 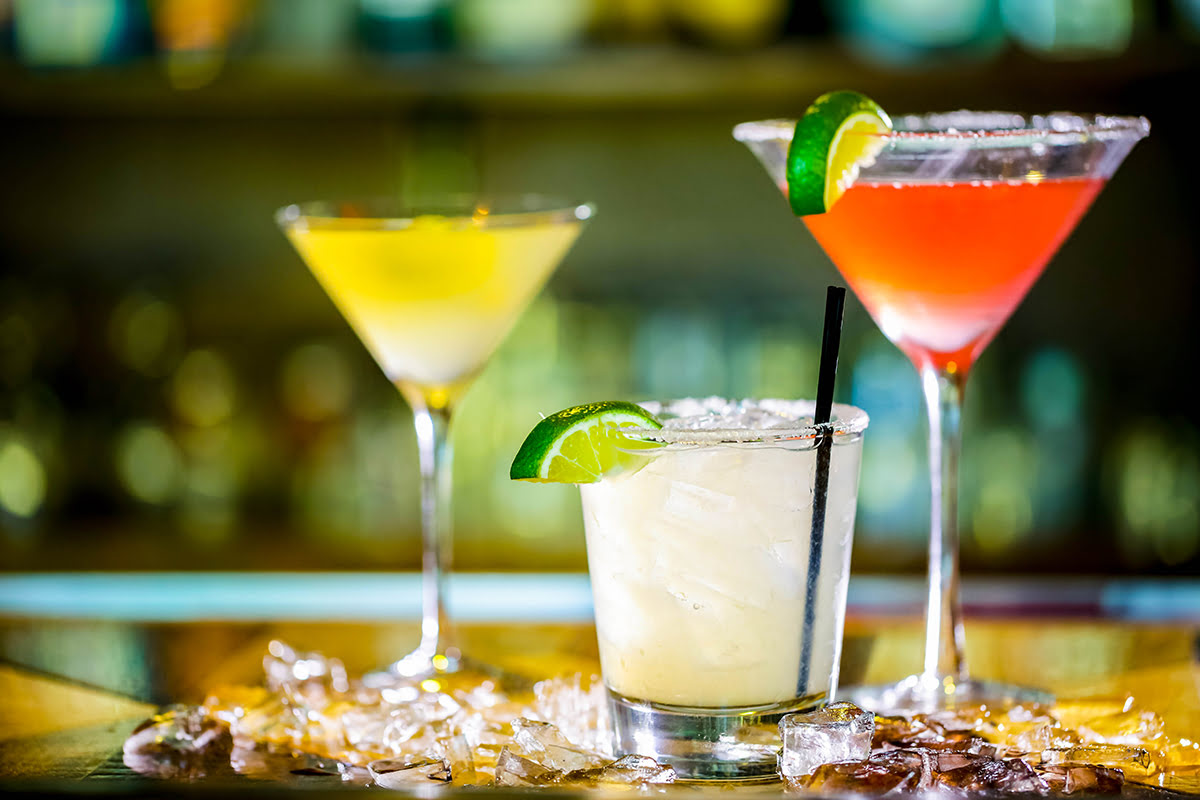 Ageha: This seaside club, the largest in Tokyo, features a pool and food trucks. Free shuttles to the club are available at the east side of Shibuya Station.

JICOO the Floating Bar: The cutting-edge cruise-boat Himiko transforms into a floating bar, complete with live music, on Thursday, Friday and Saturday nights. The boat leaves from Hinode Pier on the hour and from Odaiba Seaside Park pier on the half hour.

Odaiba-Kaihinkoen Station is the main transportation hub in Odaiba. The station is served by the Yurikamome and JR Saikyo train lines, which connect travelers to Shinjuku Station and Tokyo Station.

Check In to a hotel in Odaiba 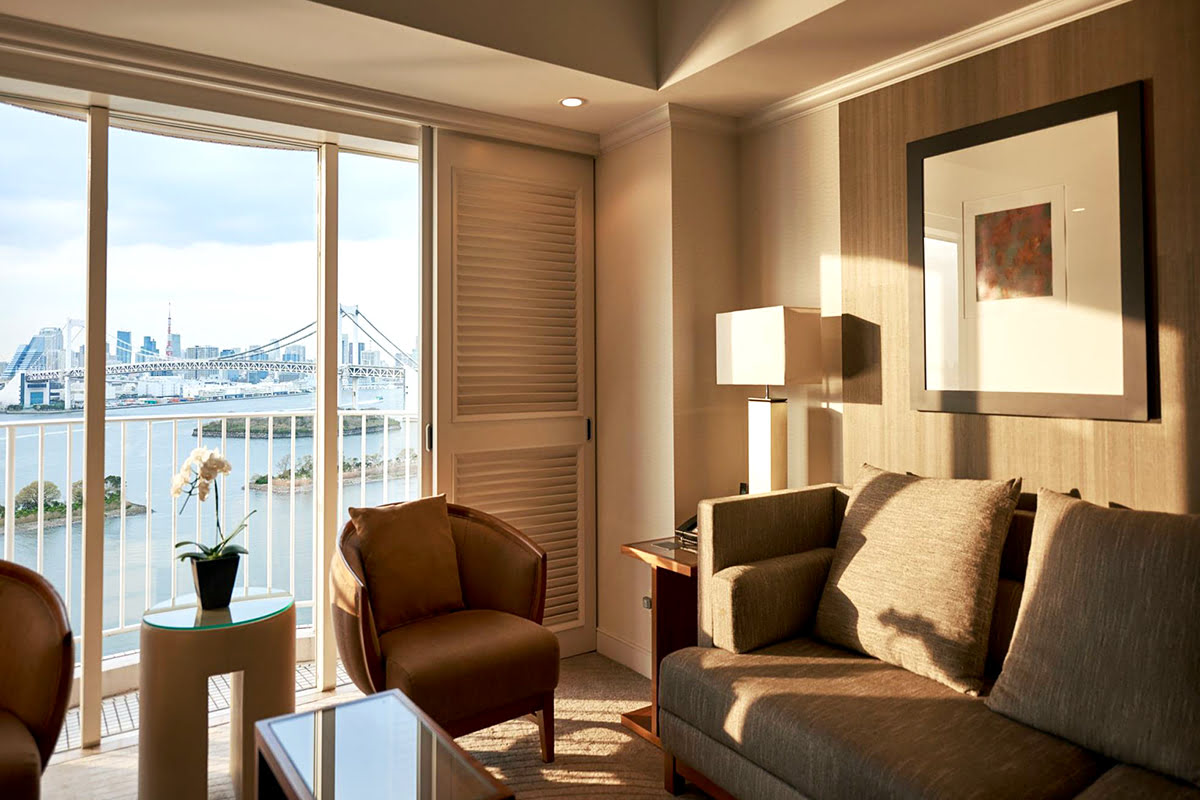 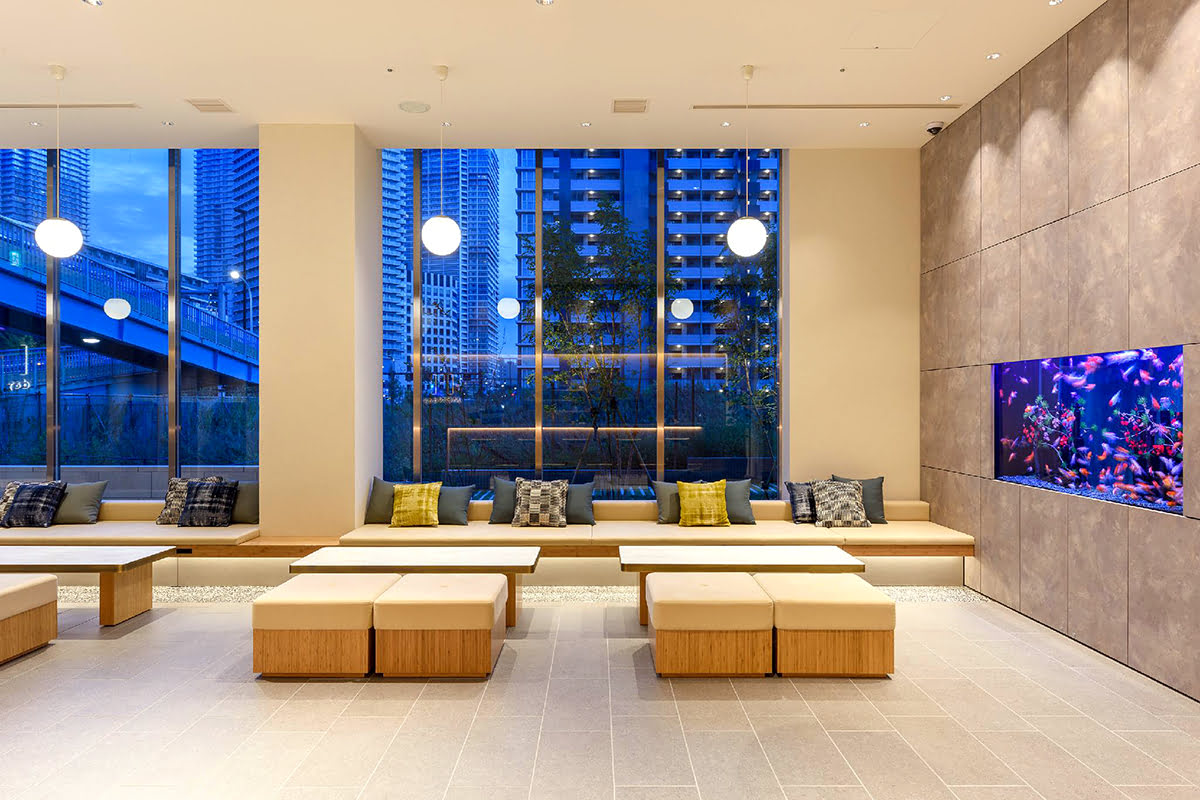 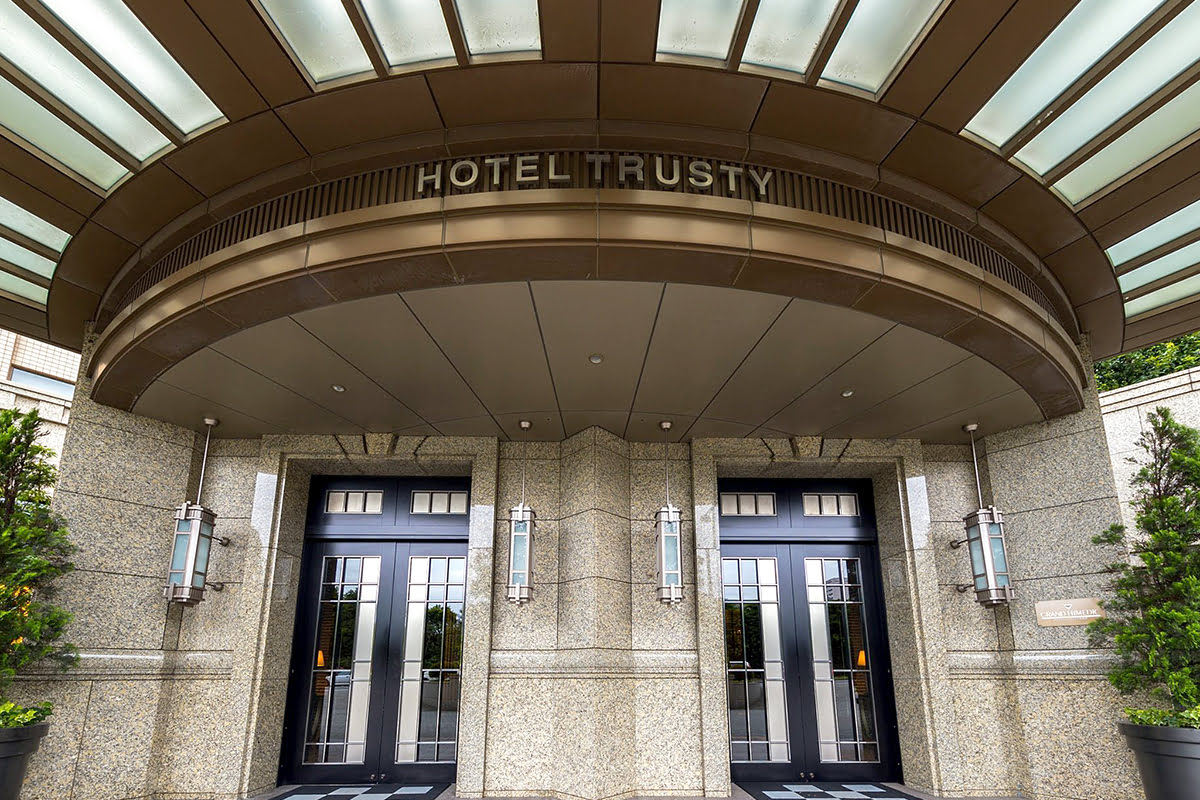