Located on the left bank of the River Seine, the Paris Latin Quarter is one of the city’s most popular neighborhoods. Famous for its universities like the Sorbonne and student life, the district is also celebrated for its historic architecture, vibrant café scene, and plethora of attractions. The Latin Quarter‘s Bohemian flair has long lured travelers from all over the world to this neighborhood. If you’re visiting Paris, you’ll want to include Paris Latin Quarter activities to enjoy the area’s notable landmarks and attractions. If you want to stay in an eclectic part of the city during your Paris visit, you’ll find both luxury and budget hotels in this historic neighborhood. 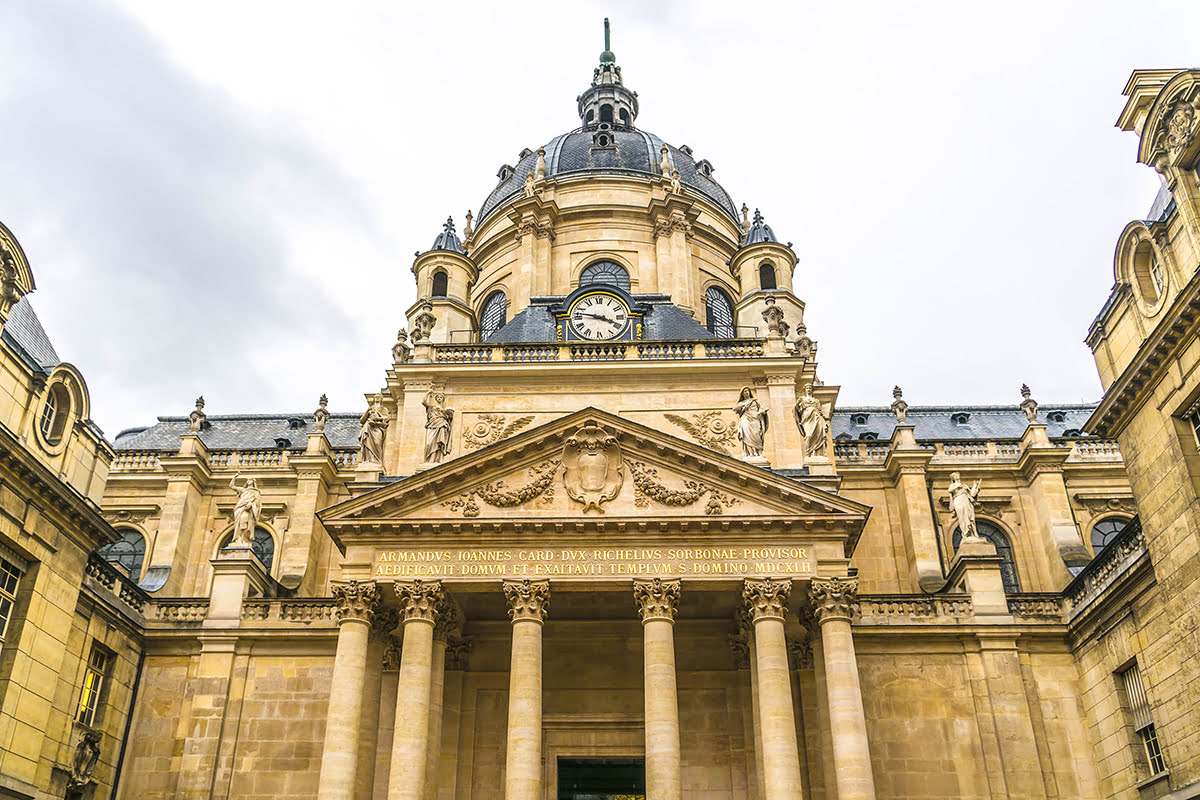 Introduction to the Paris Latin Quarter

Travelers who are dreaming of exploring hip Paris bookshops or lounging an afternoon away in a quaint street-side café are inevitably drawn to the city’s Latin Quarter, a district that stretches back in time to some of the city’s earliest days. Historically, the Latin Quarter is among the oldest of the city’s neighborhoods. The neighborhood was known as Lutetia, early on, and was a Roman village before it was absorbed into the metropolis that would become Paris. Some of its sites date to the 1st century AD, and these illustrate its earliest moments as a settlement. The Latin Quarter is also home to Paris’s second-oldest university, the Sorbonne, which was officially chartered in the year 1200.

Visitors flock to the Quartier Latin to visit the Sorbonne along with other medieval, gothic, and renaissance sites that color the district’s rich history. Much like its past, of course, the neighborhood teems with students who attend the area’s various universities and colleges. For visitors to Paris, the Latin Quarter has much to offer: a diverse range of hotels, upscale and budget-friendly restaurants, quirky shops, charming cafes, and much more. Discover the highlights of Paris’s Latin Quarter so you can include them on your travel itinerary. 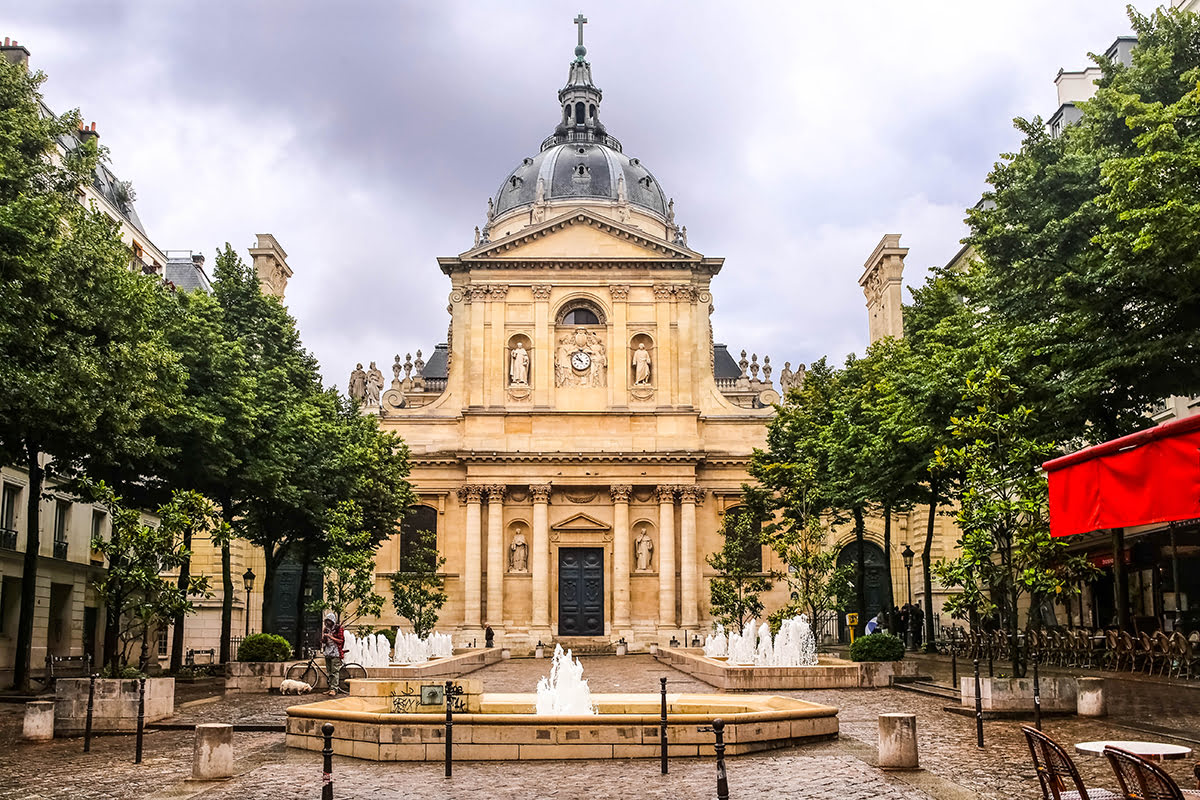 Sorbonne University is among the oldest and most prestigious universities in Europe. A public research university, La Sorbonne features a central campus in the heart of the Latin Quarter on Rue des Ecoles. Unless you’re a student or visiting a Sorbonne student who can show you around campus, you might want to sign up for a public group tour of the Sorbonne to discover its rich heritage. These tours invariably introduce visitors to highlight of the campus like the Grand Amphitheatre and its 17th century Baroque Chapel. 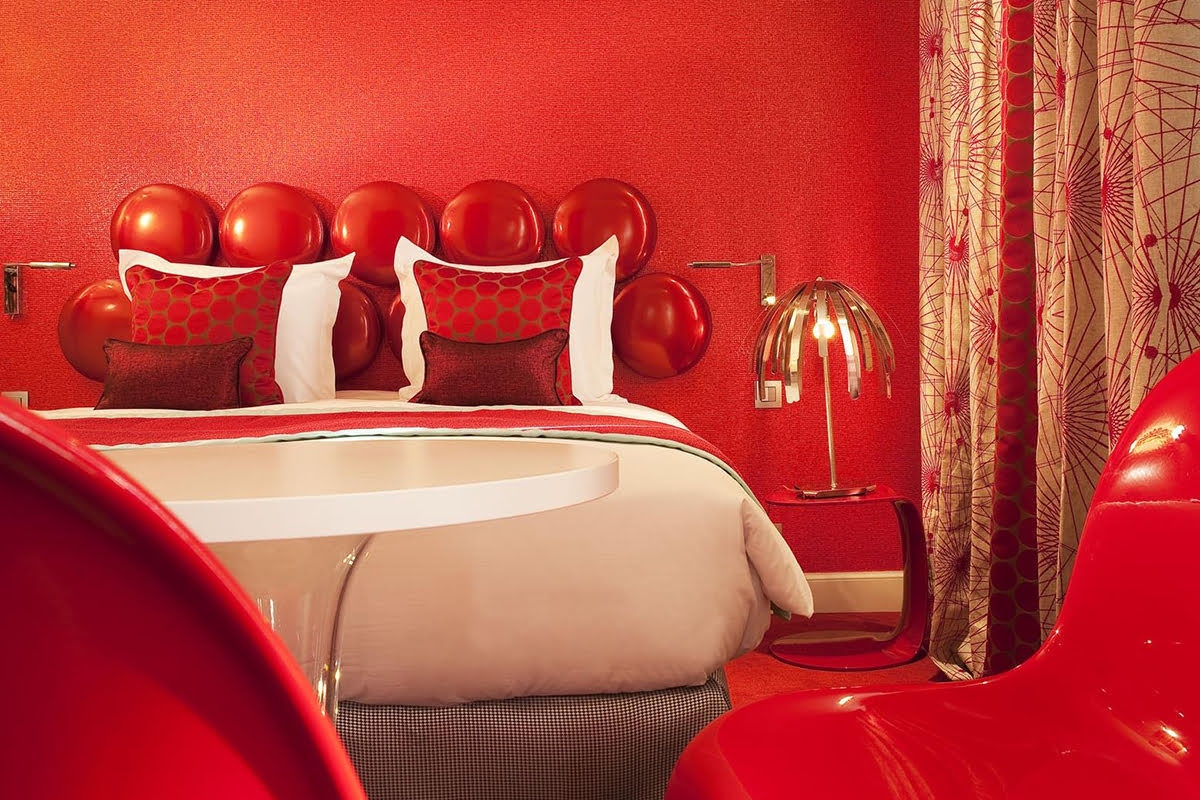 Step Out to Sainte-Genevieve Library 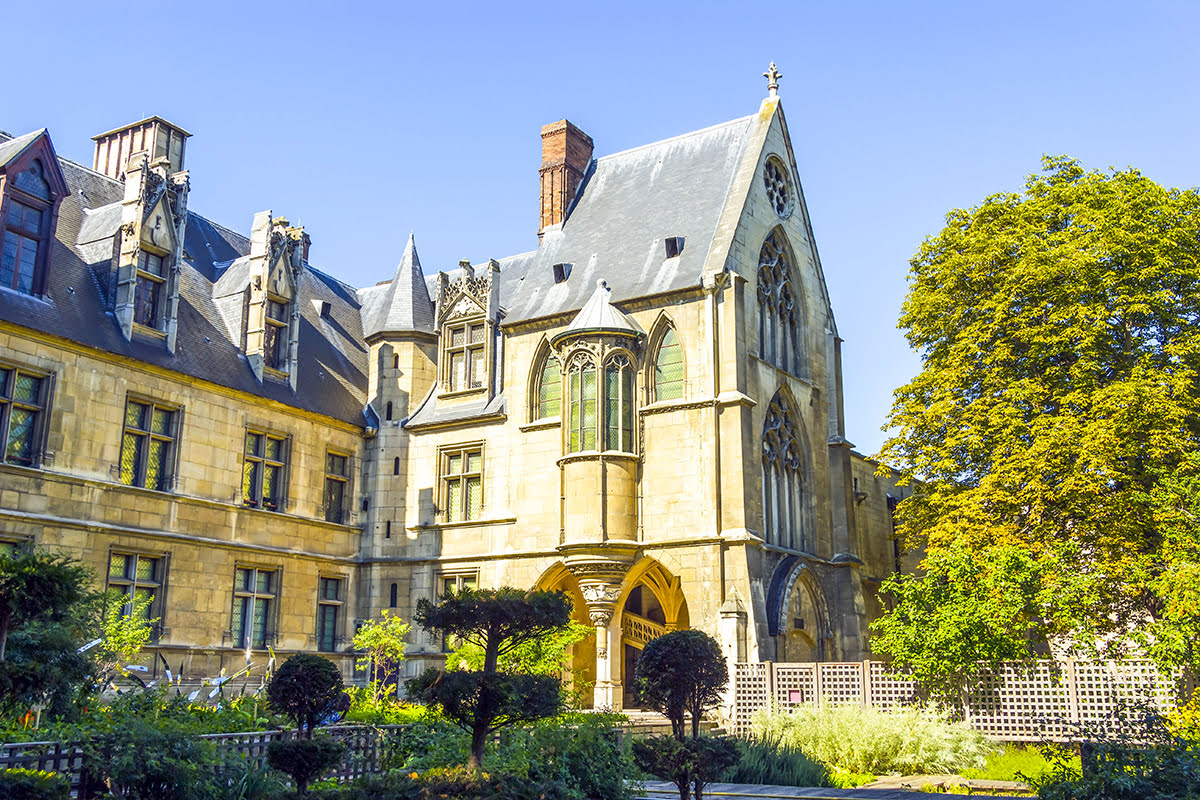 Formerly known as the Musee National du Moyen Age, the Musee de Cluny is the famous home of The Lady and the Unicorn tapestries. The illustrious museum is located in a medieval structure that housed the abbots of Cluny. The building, or Hotel de Cluny as it was formerly known, once housed Mary Tudor, Henry VIII’s sister, and an observatory that was used by the 18th century astronomer Charles Messier.

The museum contains many important medieval relics and artifacts like illuminated texts, the interior of the Roman Baths (part of the Cluny structure was built on ruins third century Gallo-Roman baths), Visogothic crowns, and the Altar Piece of the Abbey Saint-Denis. The Musee de Cluny boasts one of the most important medieval collections in Europe. If you’re a history buff, you don’t want to miss it on your trip to Paris’s Latin Quarter. 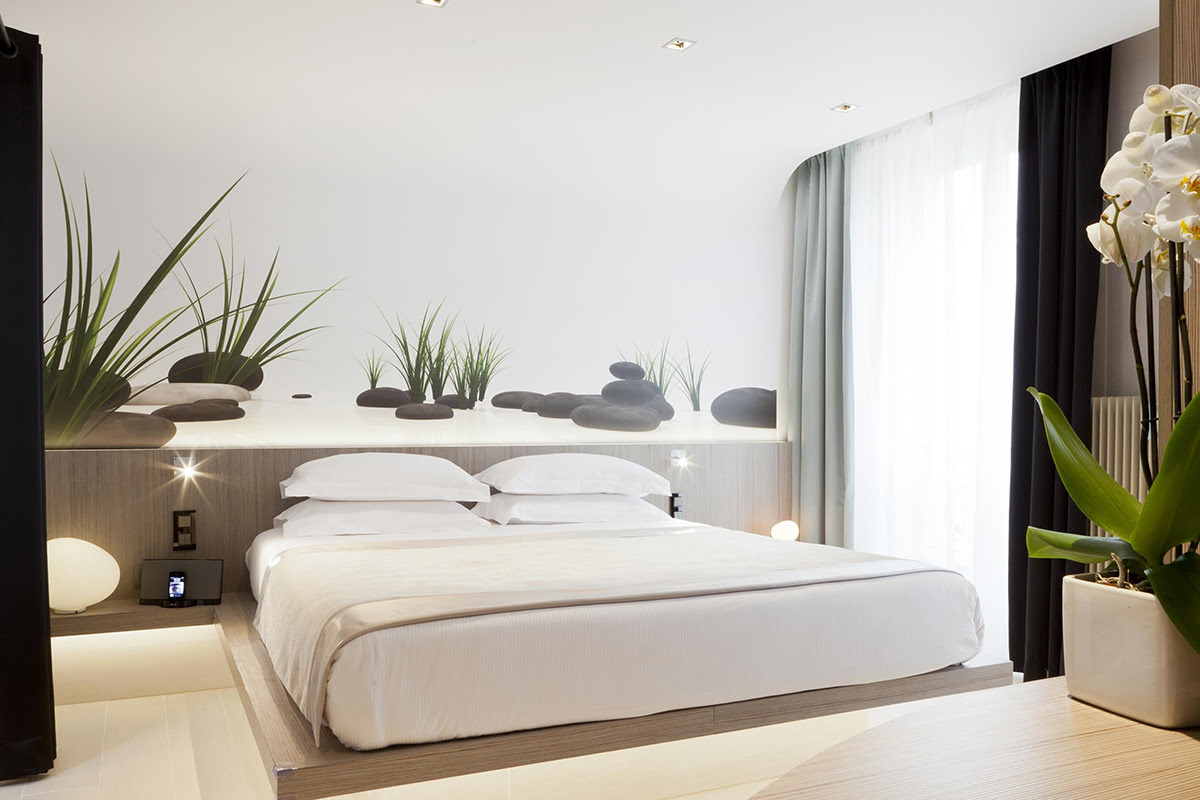 Step Out to Fontaine Saint-Michel Check in to Villa Pantheon Hotel Step Out to Rive Gauche 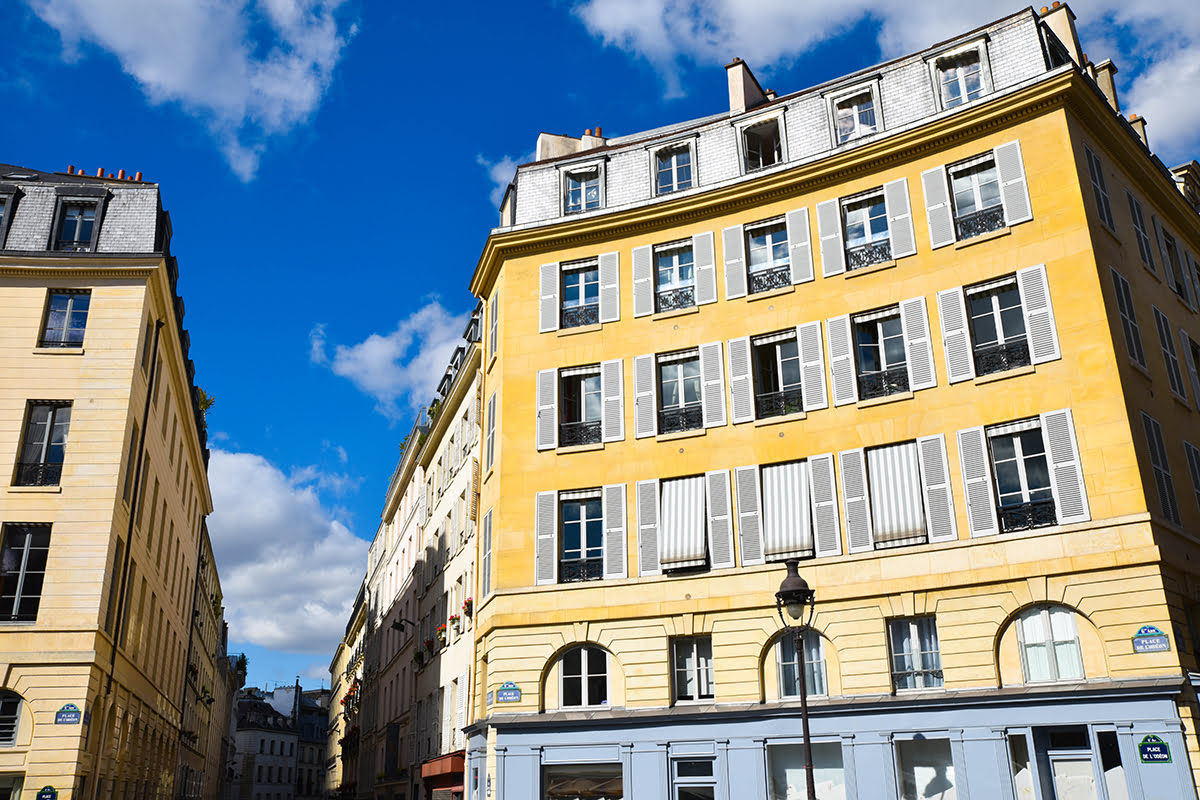 Visit the renowned Place de l’Odeon to witness its picturesque old buildings and side streets. This semi-circular square was created in 1779. Artists and writers like Mallarme and Verlaine once frequented the squares many cafes. During the warm months, many visitors enjoy taking a seat outdoors to enjoy the square’s charming ambience. One of the highlights of Place de l’Odeon is the Odéon Theatre (Theatre de l’Odeon). The celebrated Comedie-Francaise makes its home at this illustrious theatre. Today, the square features a myriad of fashionable restaurants, boutiques, and shops. The square is easy to reach from other parts of Paris too. Simply get off at the Odeon Metro Station.

Check in to Hotel Michelet Odeon 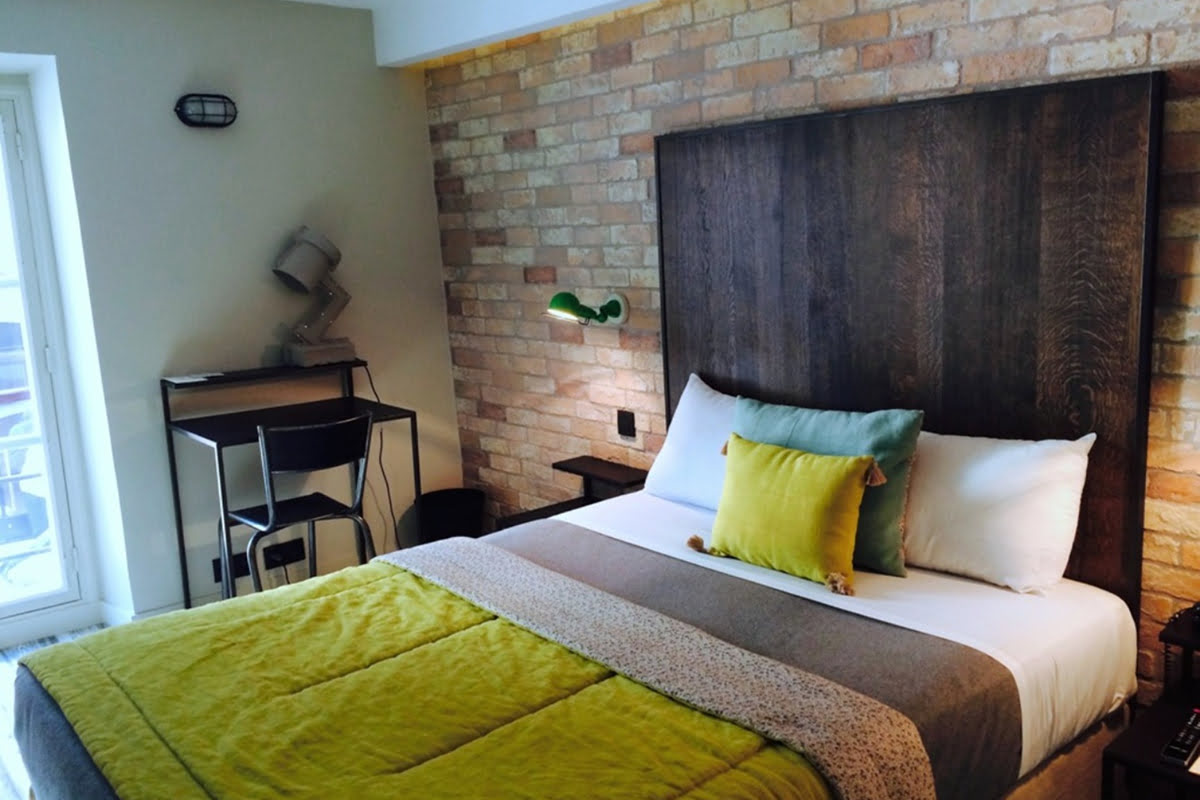 Step Out to the Paris Latin Quarter Paris is world-famous for its churches, particularly their historic architecture and meticulous preservation. The Church of Saint-Séverin (Paroisse Saint-Séverin) is renowned for its gothic architecture, typically illuminated inside by candlelight. If you’re visiting the Latin Quarter, you’re sure to note this distinctive structure where it rises from 3 Rue des Prêtes Saint-Séverin. Often, the historic church is the setting for celebrated organ performances that may be attended by the public.

Check in to Hotel Saint Jacques 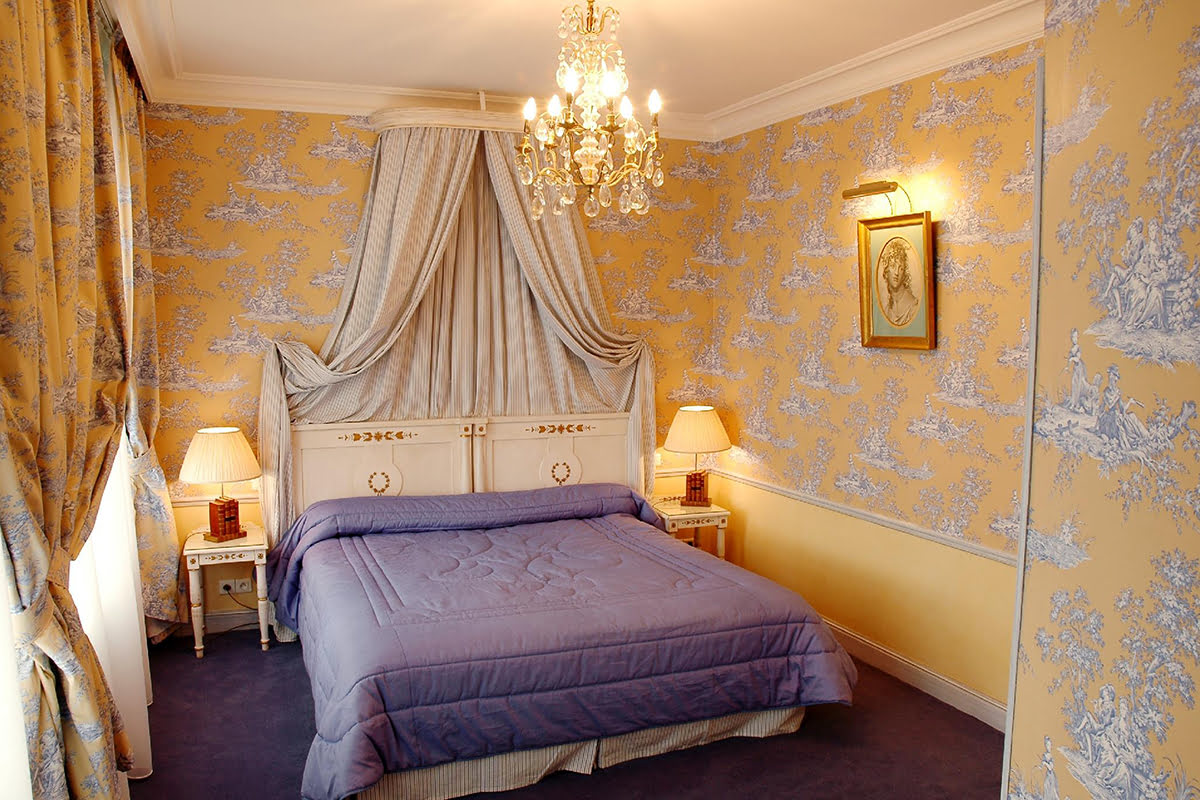 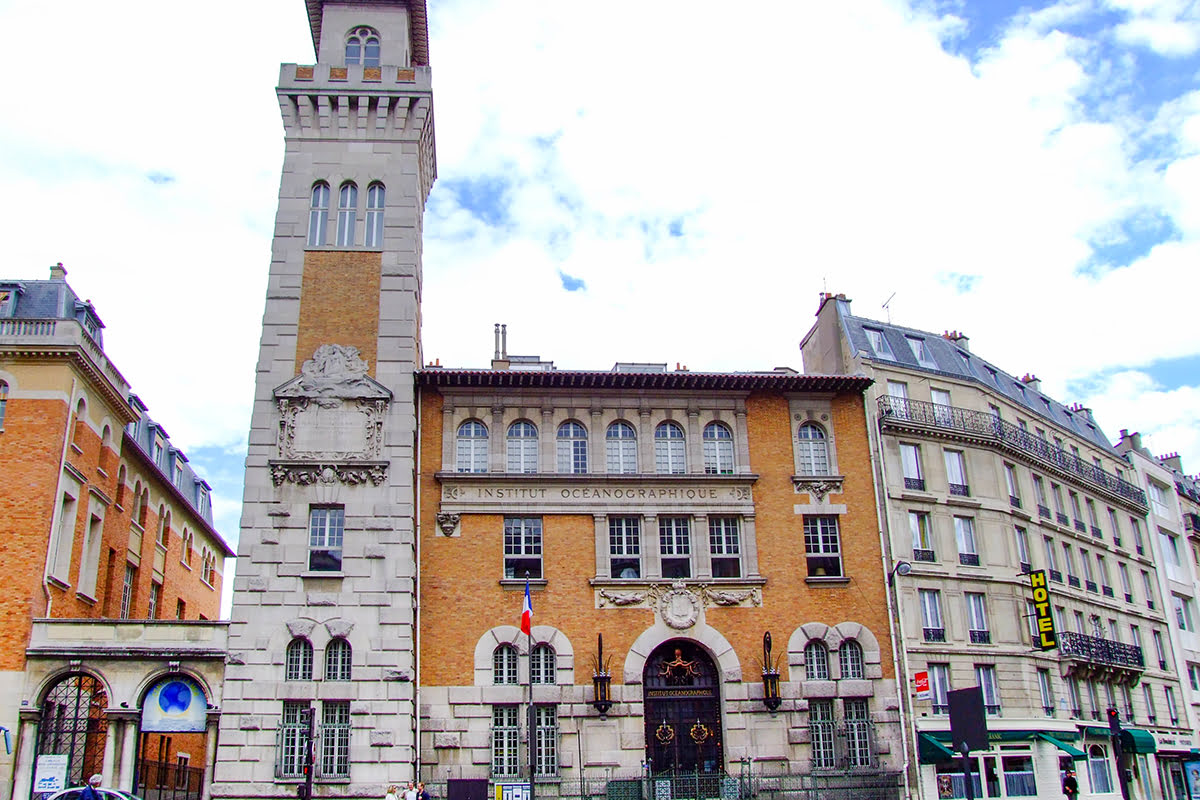 Located on Rue Saint-Jacques, the Paris Institute of Oceanography (Institut Océanographique de Paris) is situated in a building that was completed in 1911 and is a historical Paris monument. The institute contains three laboratories, two amphitheatres, and library. Famously, the institute also contains a Sea and Water Center that features exhibitions, films, and aquariums for the public to enjoy. If you visit or tour the Paris Institute of Oceanography, you’ll want to note its celebrated wrought-iron gate designed with sea creatures like crabs and seahorses as well as the paintings, illustrations, and frescoes contained within the building. 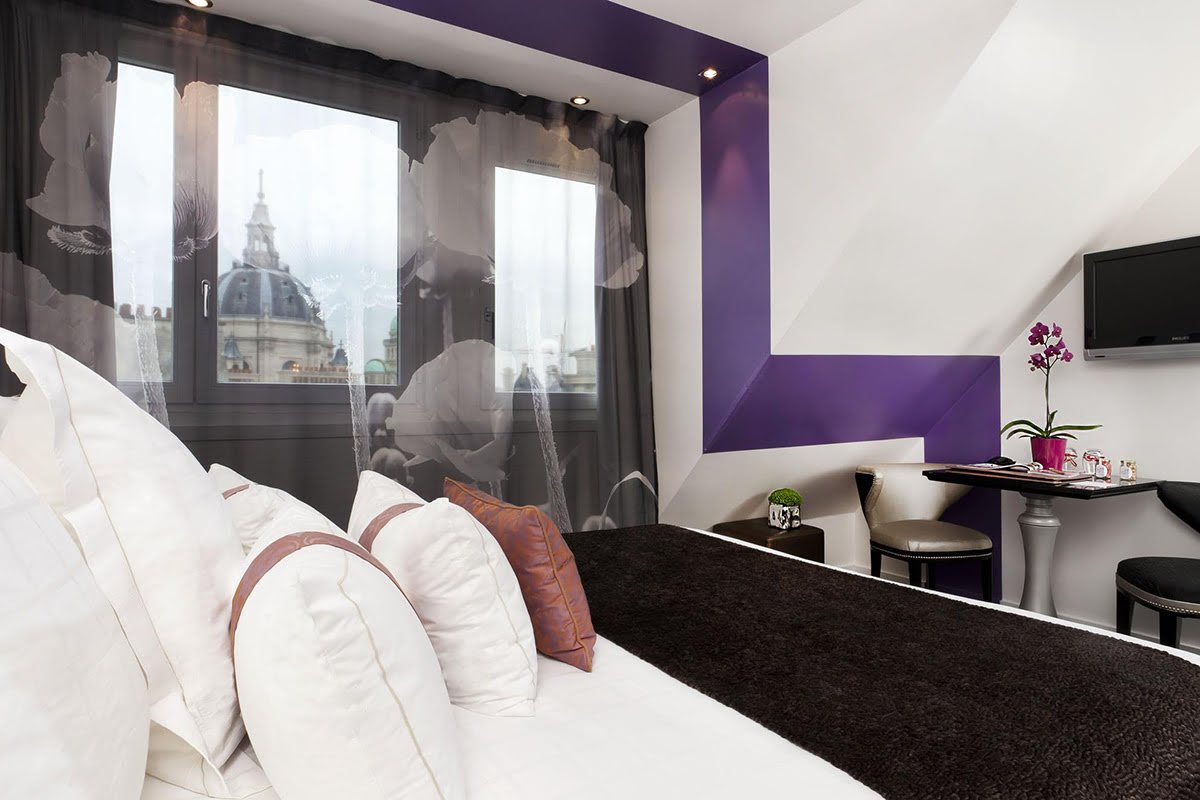 Step Out to Maubert Market 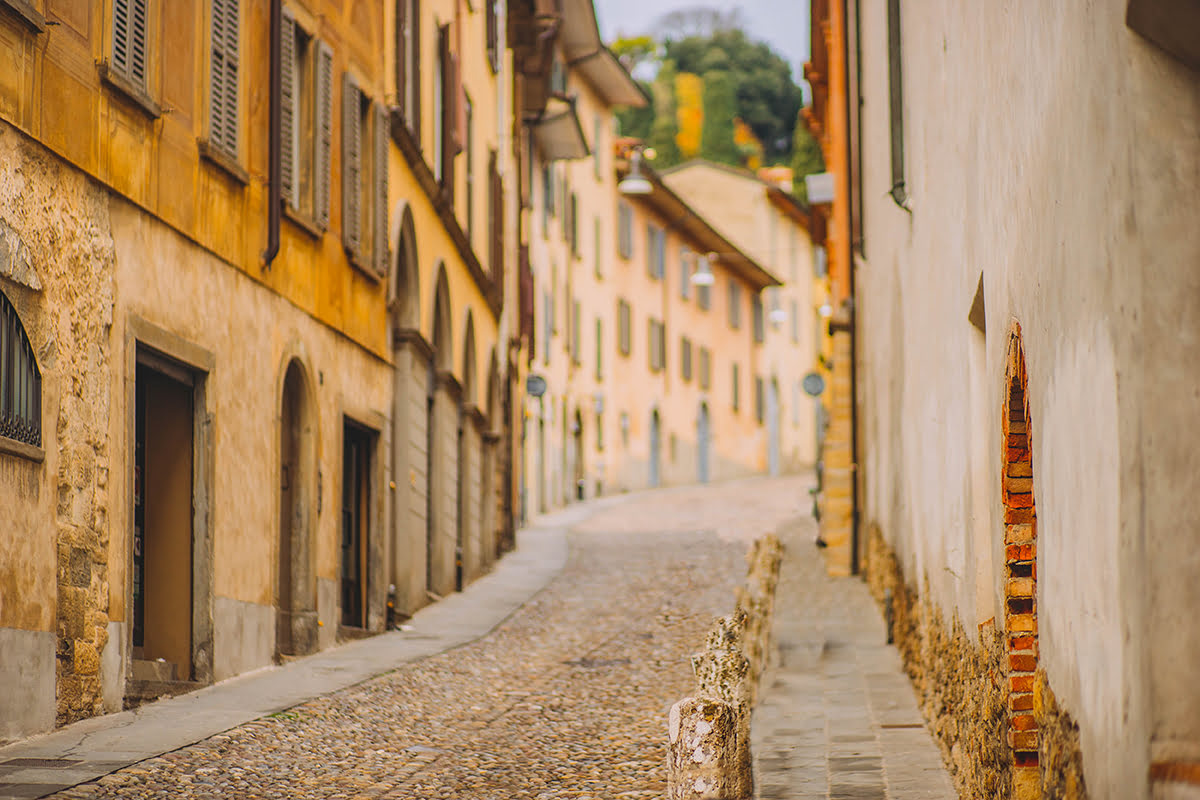 One of the joys of visiting the Latin Quarter of Paris is simply to wander its narrow medieval streets. While some of the corridors like the famous Rue du Chat qui Peche are so narrow that pedestrians must walk single file to pass through, they are a veritable pleasure to witness for their history as well as for the current occupants of the streets’ shops. Many a tourist has gotten lost in the labyrinthine maze of streets and alleys, but few have regretted the experience! Many of the streets are studded with restaurants and cafes.

Check in to Hotel Marignan 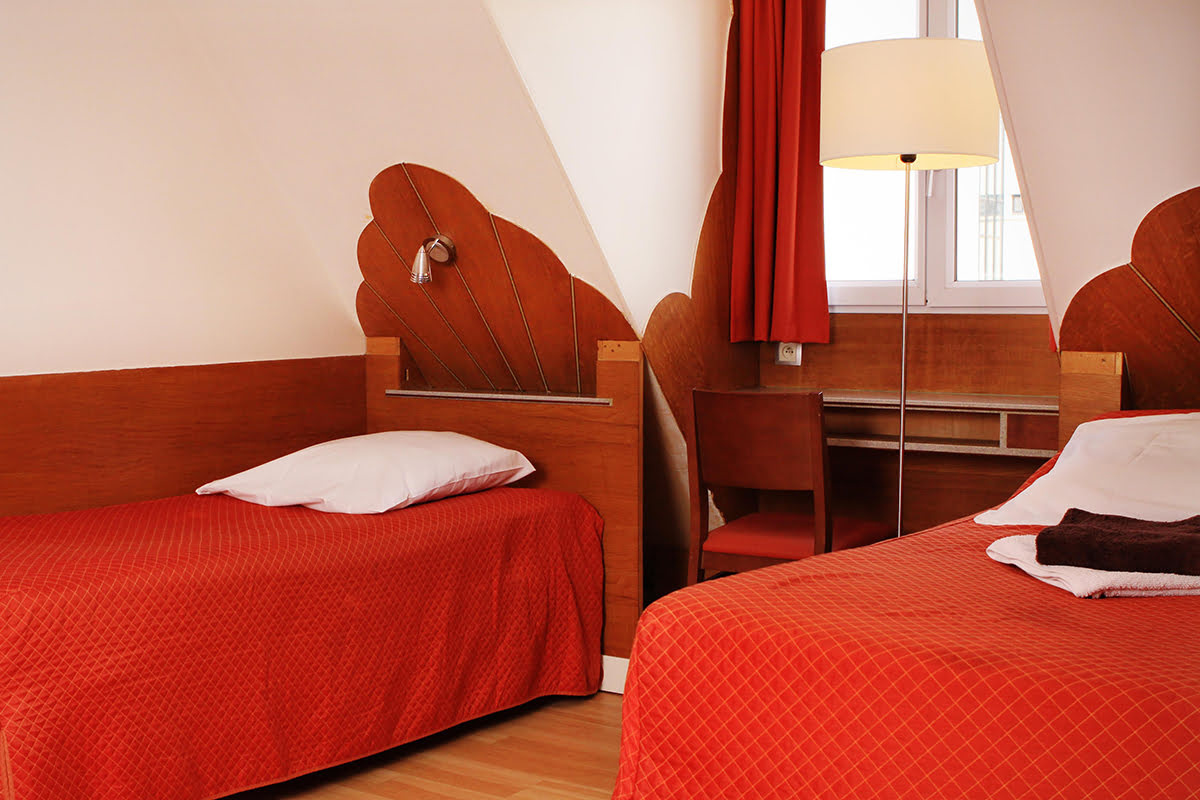 Step Out to Rue Mouffetard 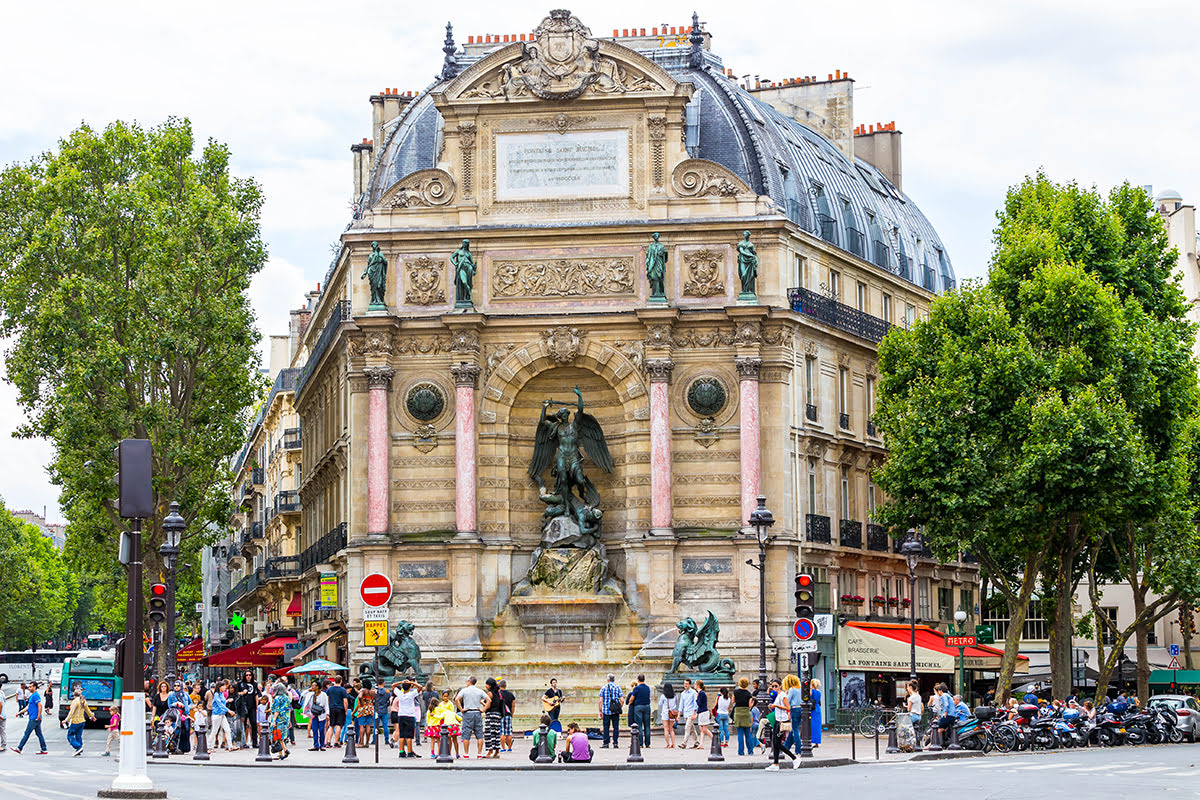 Check in to Hotel Atmospheres 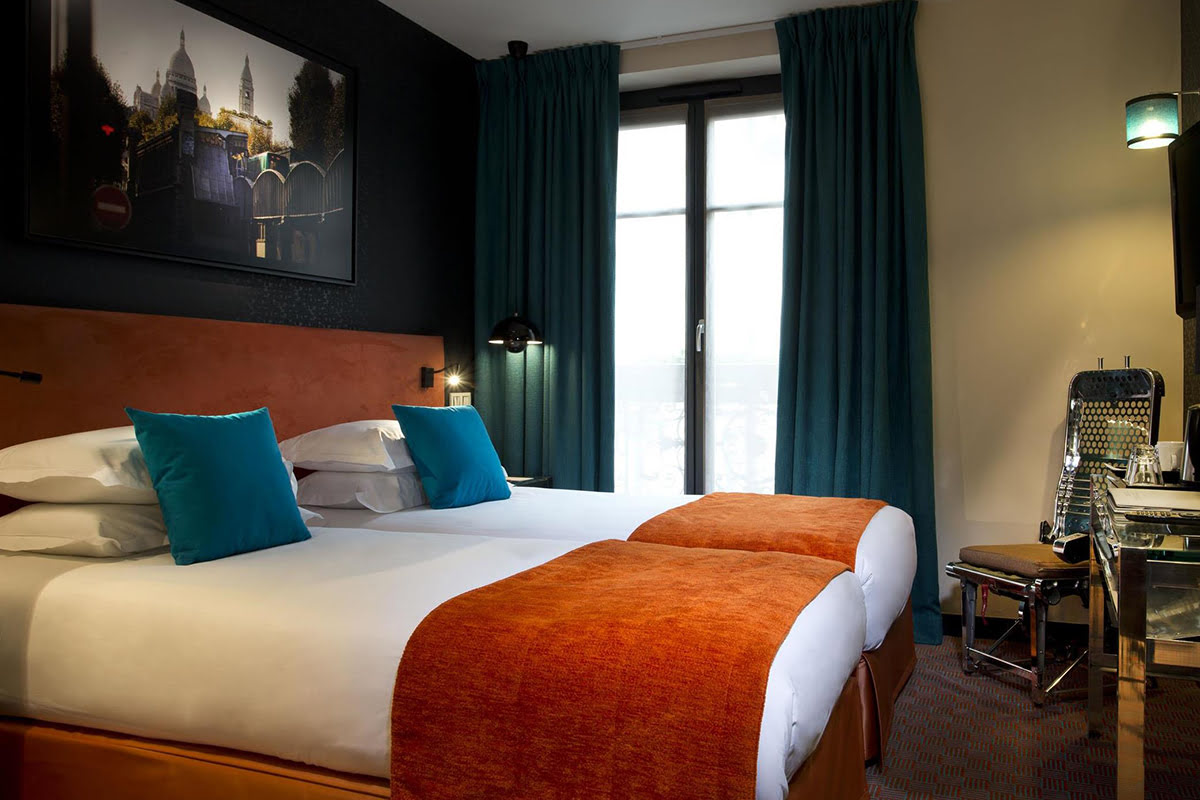 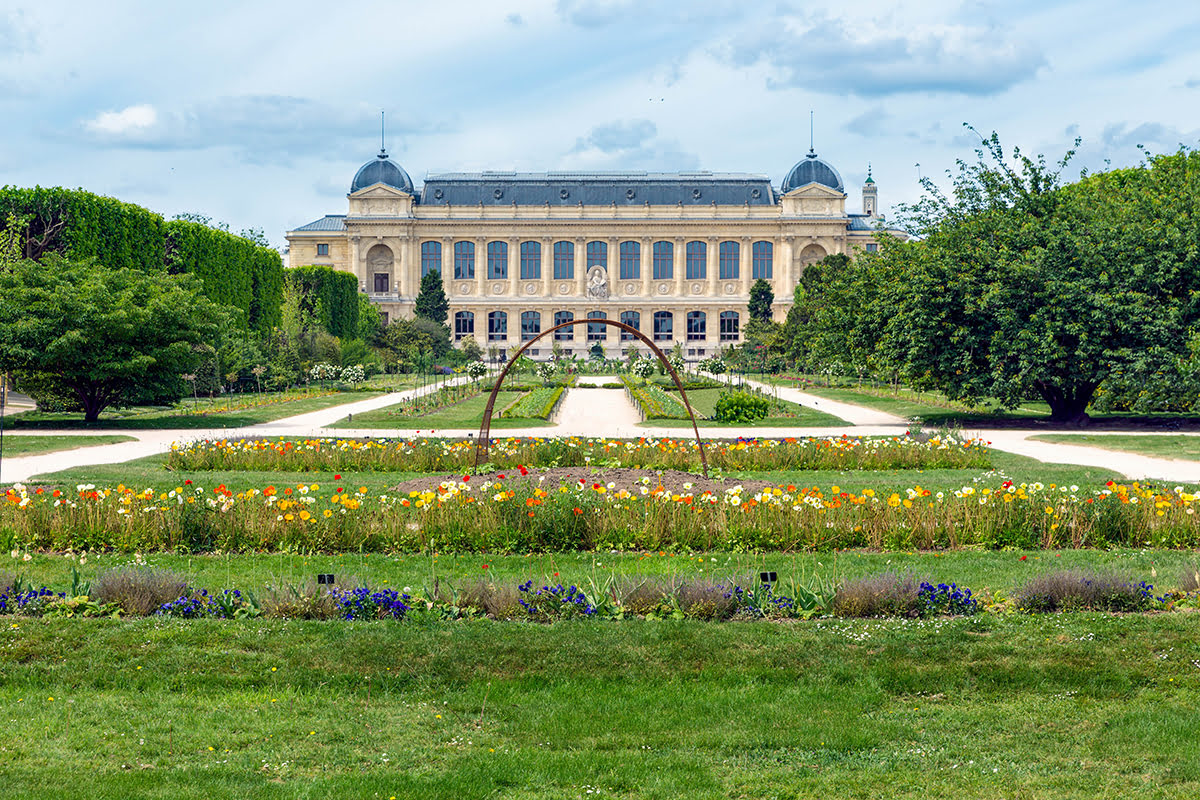 As the nation’s leading botanical garden, the Jardins des Plantes and associated Musee National d’Histoire Naturelle are among the most popular attractions of the Latin Quarter. Covering roughly 28 hectares, the site gardens, buildings, a library, multiple greenhouses and even a small zoo. Established in 1635 as a royal garden of King Louis XIII, the Jardins des Plantes and museum has grown to feature more than 10,000 plants. Some of the highlight of this landmark site include its mineralogy museum, paleontology museum, winter garden, and rose garden. 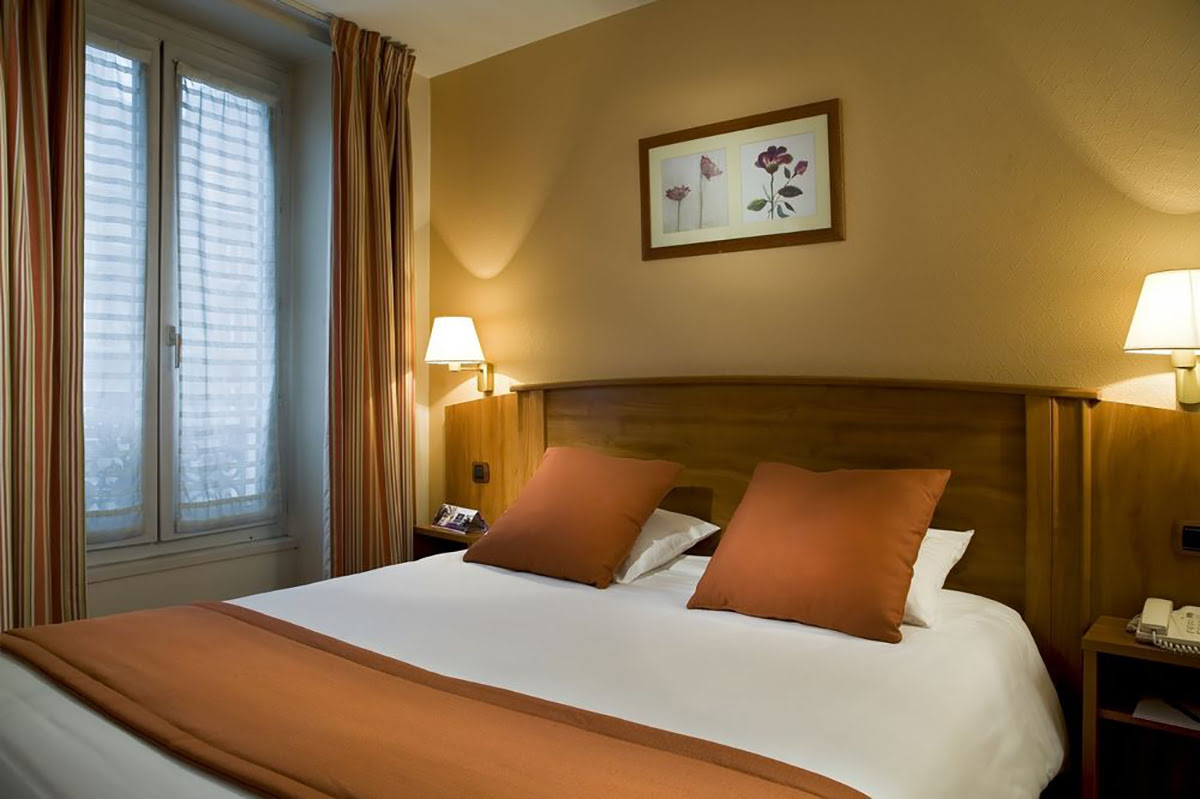 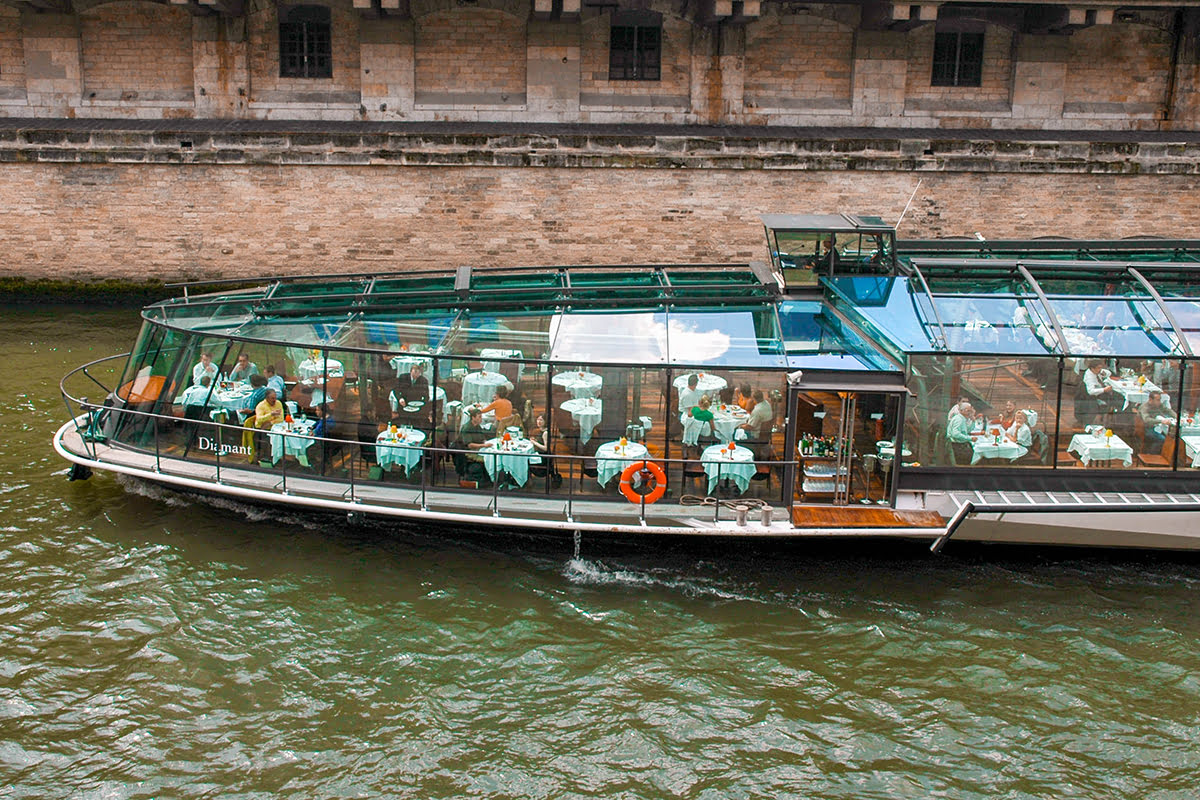 As you stroll the medieval streets of the Quartier Latin, make your way to the River Seine and board one of the peniches, a docked boat with a restaurant, and enjoy lunch on the water. Many of these docked boats feature incredible views of the city and its riverfront. In fact, from many of these boats, you can enjoy magnificent views of Notre Dame Cathedral, Pont Neuf, and Ile-Saint-Louis. Although these peniches are tourist friendly, they’re also frequented by locals who also enjoy the views and delicious food. Many of these boats also feature outdoor terraces and feature live entertainment.

Check in to Hotel Andre Latin The Saint-Étienne-du-Mont is another celebrated gothic church in the Latin district. The church is said to contain a stone from Saint Genevieve’s tomb and is also the burial site for the famous French playwright Racine. Awesome gothic vaulting and 15th and 16th stained glass windows combine to give the church is distinctive character. Other popular features include its pillars and rood screen. Fans of gothic architecture will find several historic churches to peruse in the Paris Latin Quarter, and Saint-Étienne-du-Mont is one that should not be missed – and it also features prominently on church tours of the district.

Check In to Hotel Esmeralda 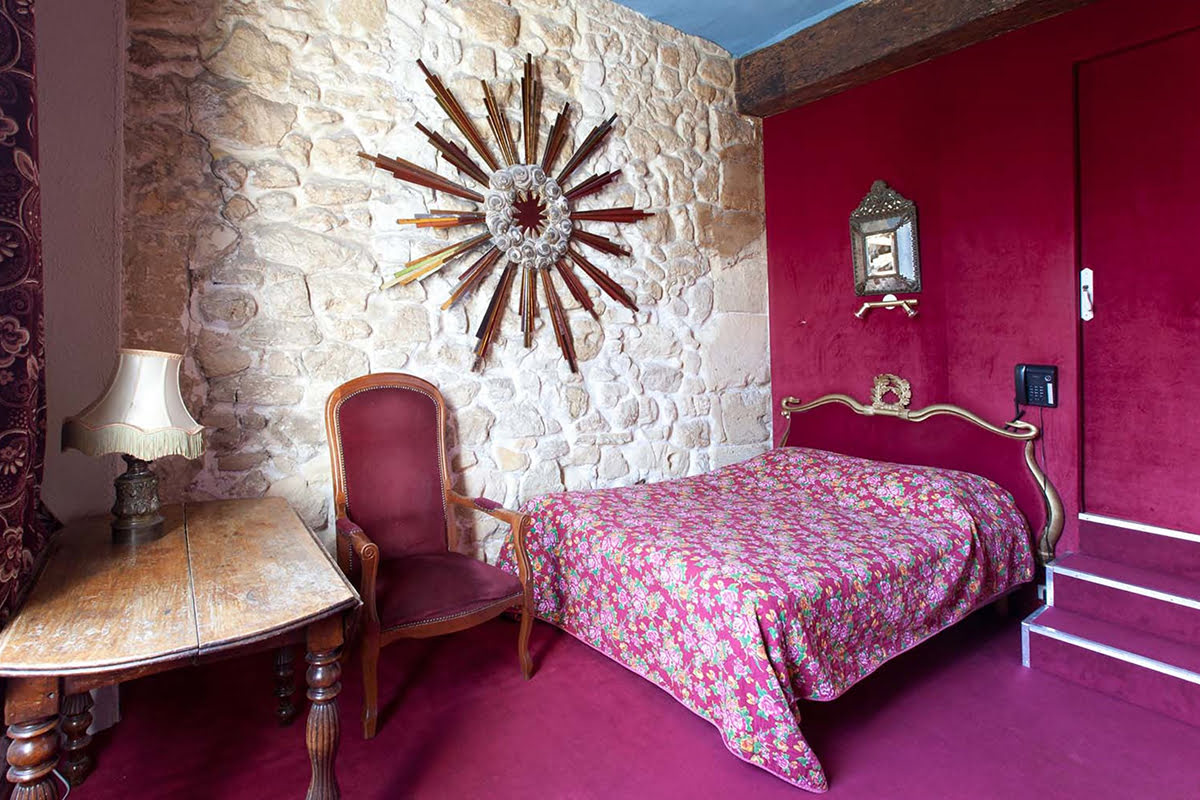 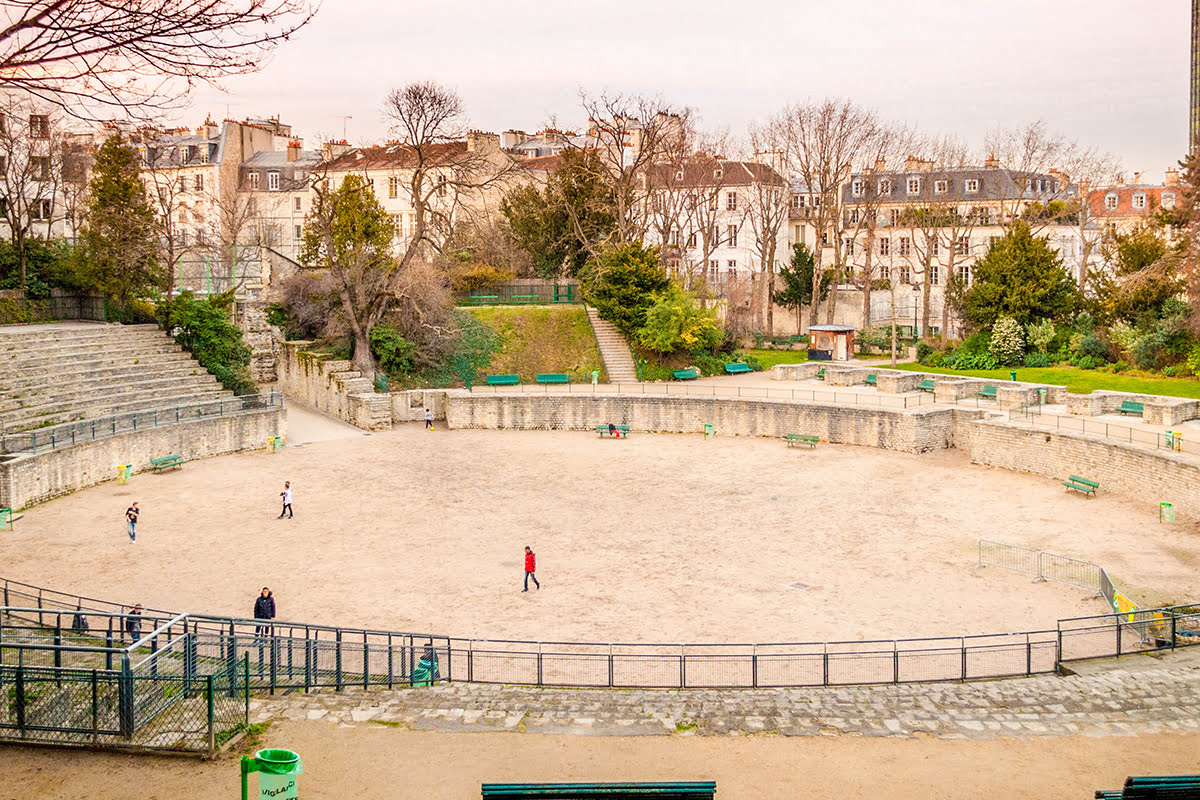 Discovered in 1869, the amphitheater of Paris was built by the Romans when they occupied the territory of the Latin Quarter in a village they called Lutetia around the year 200 AD. The amphitheater would have attracted spectators to watch the gladiators battle each other or battle wild animals–much like the more popularly known Colosseum. In fact, archaeologists have determined that the size of the elliptical arena was similar in size to the Colosseum in Rome. During its heyday, this arena would have accommodated 17,000 spectators with its 36 tiers of bench seating. The site can be visited where it sits just off Rue Monge.

Check In to Seven Hotel 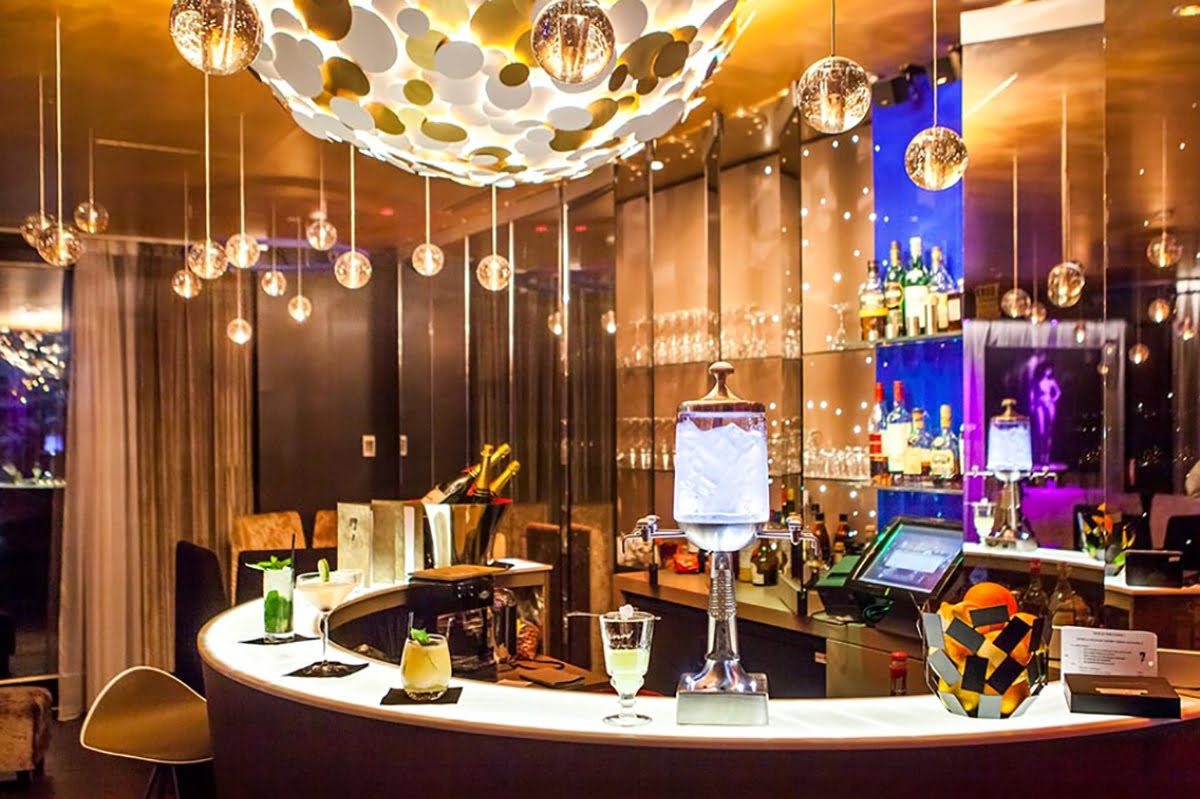 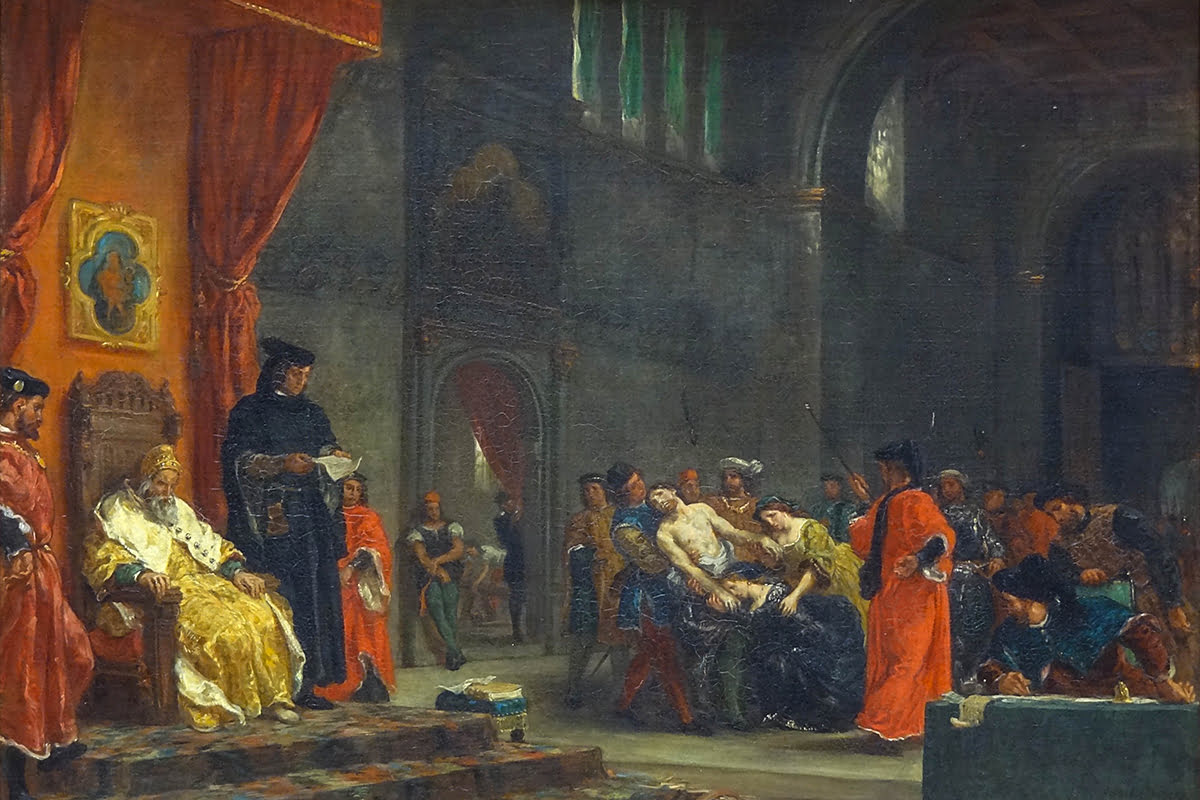 The Musee National Eugene Delacroix exhibits and celebrates the work of Romantic artist Eugene Delacroix, the man who painted such famous works as “Liberty Leading the People” and Women of Algiers in Their Apartment.” While many of Delacroix’s best-known works are exhibited at the Louvre, this small museum on the border of the Latin district and the Saint-Germain-des-Prés neighborhood features many of the artist’s work as well as exhibits about his life. Fans of the artist will find exhibits about the artist’s famous trip to Morocco in 1832 and his artistic influences. One of the most famous Delacroix paintings shown at the museum is the 1845 “Magdalene in the Desert” work.

Check In to Hotel des Marronniers 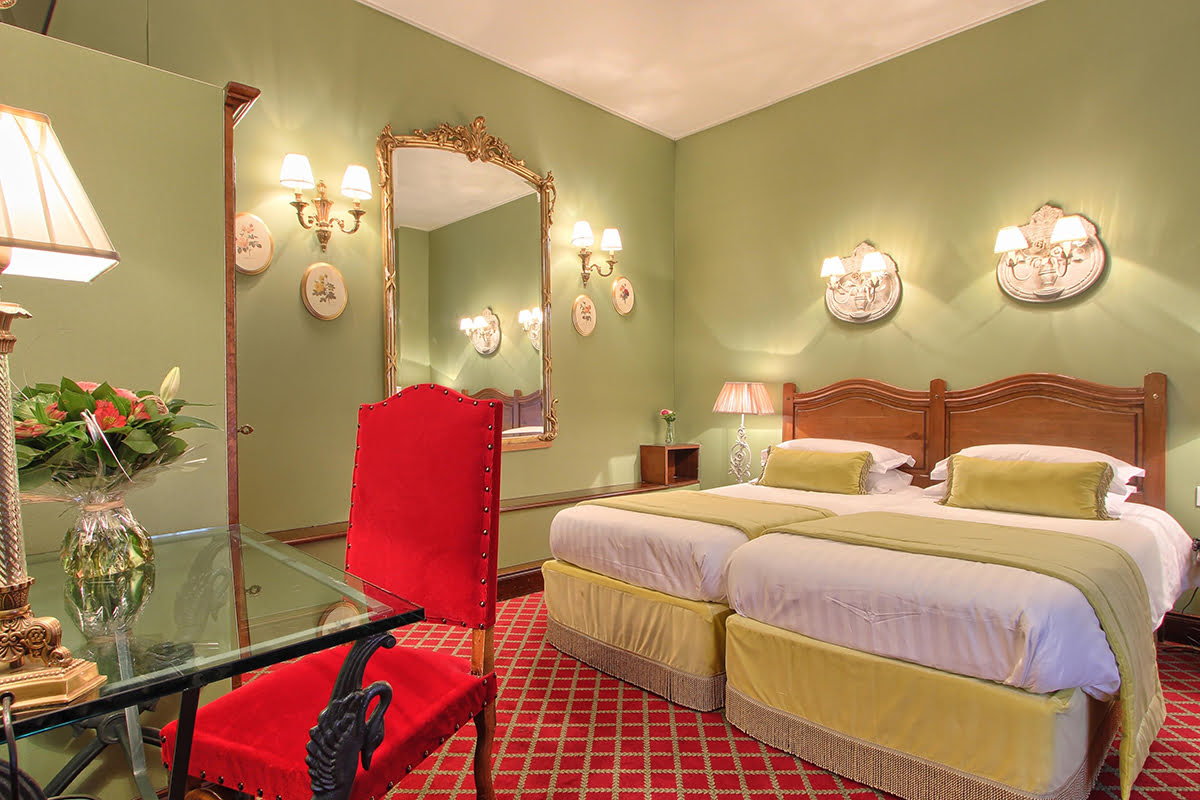 Step Out to Jardin du Luxembourg 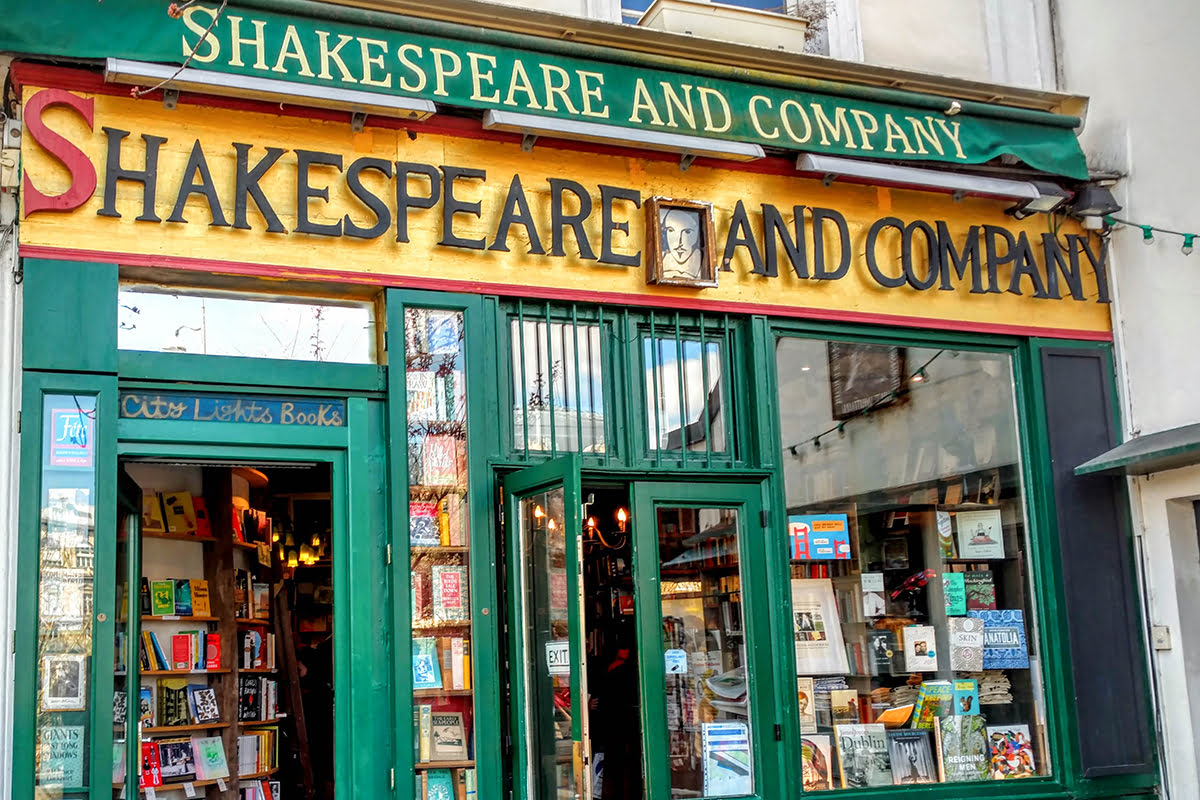 Paris’s Latin Quarter boasts many of the city’s wellknown bookshops that attract tourists, travelers, students, and city residents alike. While many streets feature traditional Parisian book stores, you’ll also find streetside book vendors and Les Bouquinistes, an open-air book market next to the River Seine. Many travelers enjoy the Bohemian style of bookshops like Shakespeare and Company, which features old and antique books. Whether you’re looking for a new volume about Paris’s bridges or a vintage volume of “Manon Lescaut,” you’re likely to enjoy your hunt in these eclectic bookshops of the Latin Quarter. 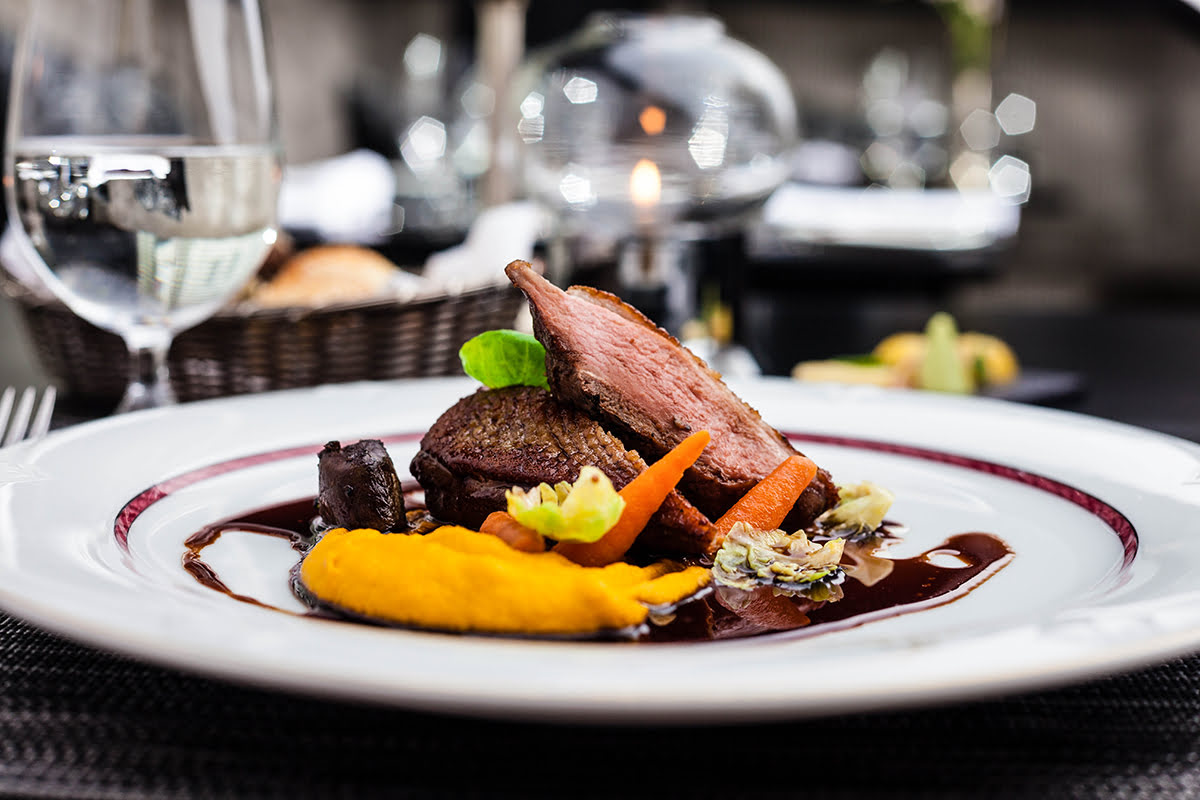 One of the many joys of being in Paris is enjoying the cuisine of its restaurants, bistros, and cafes. The Latin Quarter is renowned for its café scene and notable restaurants. Whether you want to enjoy an affordable Croques Monsieur at a street-side café table or want to enjoy an upscale meal known for French gastronomic specialties, you’ll find many options in the Latin Quarters. While you can find plenty of French eateries in the Latin district, there are also many Greek restaurants in the area like Taverne Grecque and Mavrommatis. Since the area is popular with students, there are many budget-friendly bistros and cafes in the area. Tourists will also find many restaurants situated near major Latin Quarter attractions like the Pantheon and the River Seine.

Check In to Villa Pantheon Hotel 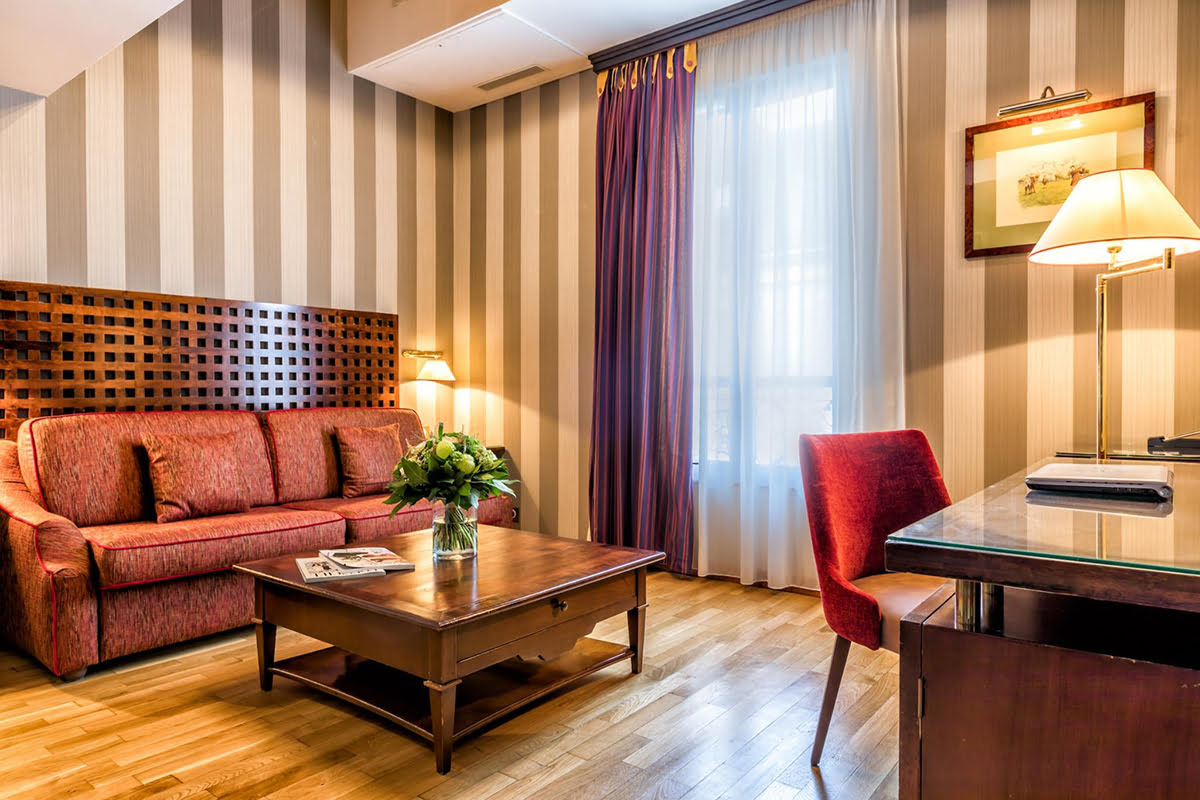 Step Out to Latin Quarter