Strap on a backpack, grab a water bottle, and prepare to inhale some fresh air during a day trip outside Bangkok! Thailand’s capital city’s access to transportation and local tour guides makes it a great launching point for loads of day trip destinations. Explore historical landmarks, or chill with locals in the countryside. Whichever direction you choose to go, rest assured that these treks around Bangkok are perfect for solo travelers, families or groups of any kind.

AGODA EXTRA: Take part in one of the wackiest celebrations in the world, according to The Guardian newspaper, during the annual Monkey Buffet Festival at Phra Prang Sam Yod (Monkey Temple) in Lopburi Province. On the last Sunday in November, locals honor the more than 3,000 long-tailed macaque monkeys who are credited with boosting the region’s economy by attracting visitors to the temple. Festival-goers don monkey masks and celebrate the event as the furry guests chow down on more than 4,000 kilos of vegetarian dishes, fruit sculptures, sticky rice and traditional Thai desserts – all prepared by local chefs, for the monkeys only! Throw yourself into the middle of Thai culture and history with an excursion to Damnoen Saduak Floating Market. Built on the longest canal in Thailand, the market supports local farmers who sell their produce and wares from the seats of small wooden boats. Pile into your own boat and paddle your way through winding canals and floating merchants.

How to get there: Damnoen Saduak Floating Market is located about 100 kilometers southwest of Bangkok. Buses run daily, at different times throughout the day, and can be booked on the fly at Bangkok Southern Bus Terminal (Sai Tai Mai). Optionally, ask your hotel about booking a tour. Affordable package deals often are available and can include English-speaking guides, plus side trips to coconut farms and sugar plantations along the way. 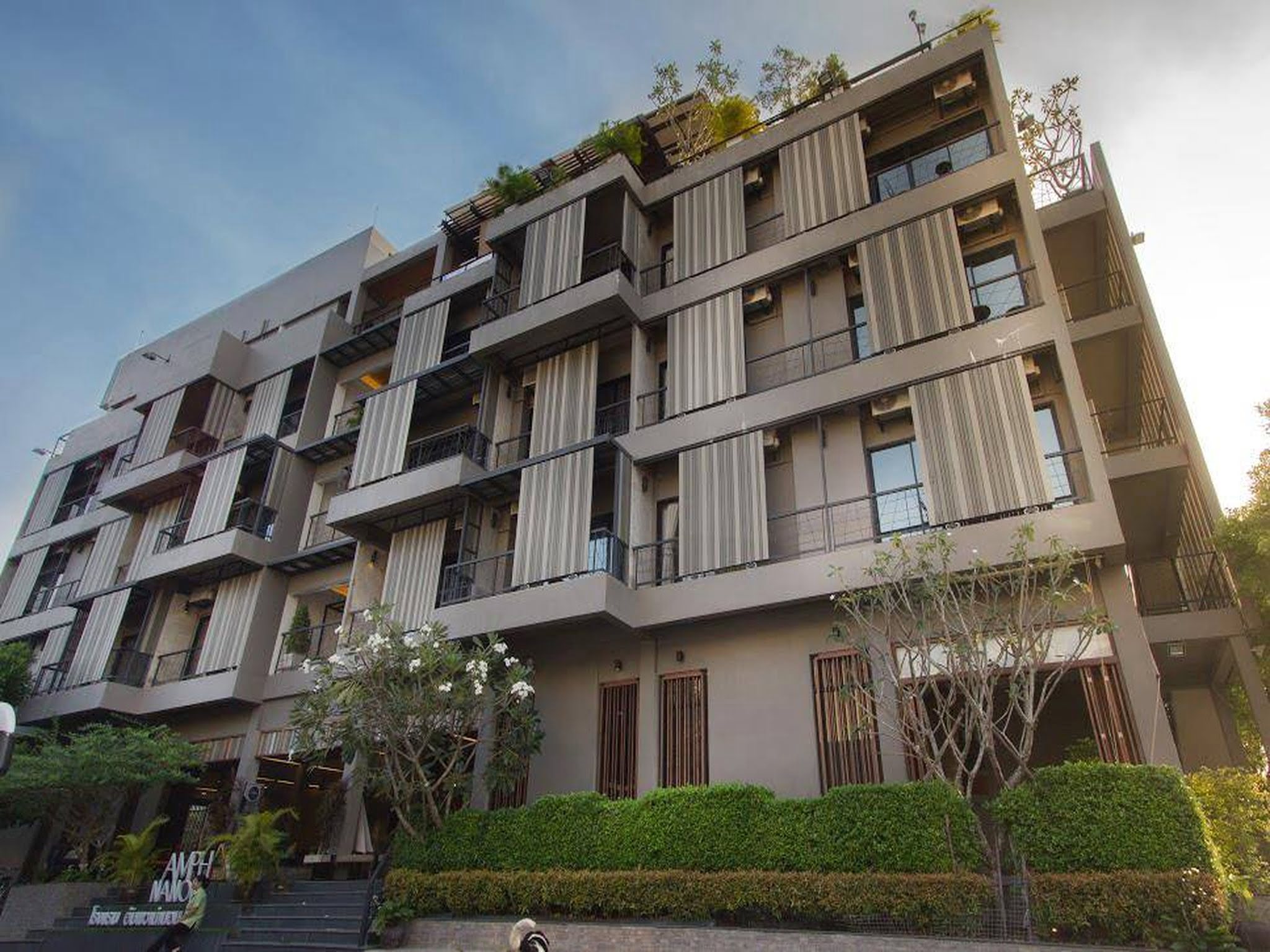 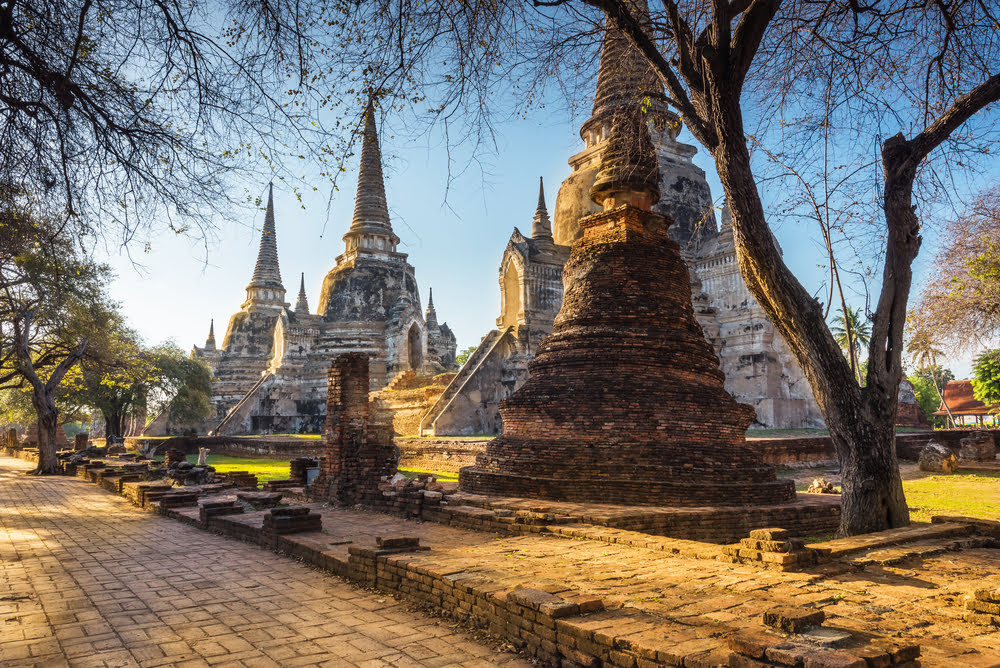 2. See the ruins of an ancient kingdom at AYUTTHAYA HISTORICAL PARK, Ayutthaya

Though the region hasn’t been recognized as the country’s capital in more than 250 years, the remains of the Ayutthaya kingdom reveal some of the richest secrets of ancient Thai civilization. Built in the 14th century, the temples and royal palaces that remain in Ayutthaya Historical Park have been compared to Cambodia’s Angkor Wat, and sections of the park are designated as a UNESCO World Heritage Site. The park is nestled inside an “island” created by the convergence of the Chao Phraya, Lopburi and Pasak rivers. Ayutthaya Historical Park, and its vast surroundings, can be navigated by foot, but many visitors prefer to rent bicycles to cover the more than 3 square kilometers of the royal grounds.

How to get there:

TRAIN: Take a two-hour train ride from Hua Lamphong Station. Trains leave every hour, and ticket prices vary, depending on whether you choose an air-conditioned car.

BUS: Jump on a bus at Mo Chit Station. Buses leave regularly throughout the day, and the trip takes less than two hours.

HIRE A VAN: Ask your hotel about a driver, or hunt one down yourself at Victory Monument, which you can reach by BTS. Vans are generally very inexpensive, but they also don’t leave until they are full. You can expect about a one-hour ride with 10 to 15 other people.

TAXI: Talking a taxi driver into taking you to Ayutthaya is definitely more private, but it can be a little pricey. Expect to pay for a round-trip, as your driver most likely won’t be able to score a fare back to Bangkok.

Check In to Stockhome Hostel Ayutthaya, Step Out to Ayutthaya Historical Park 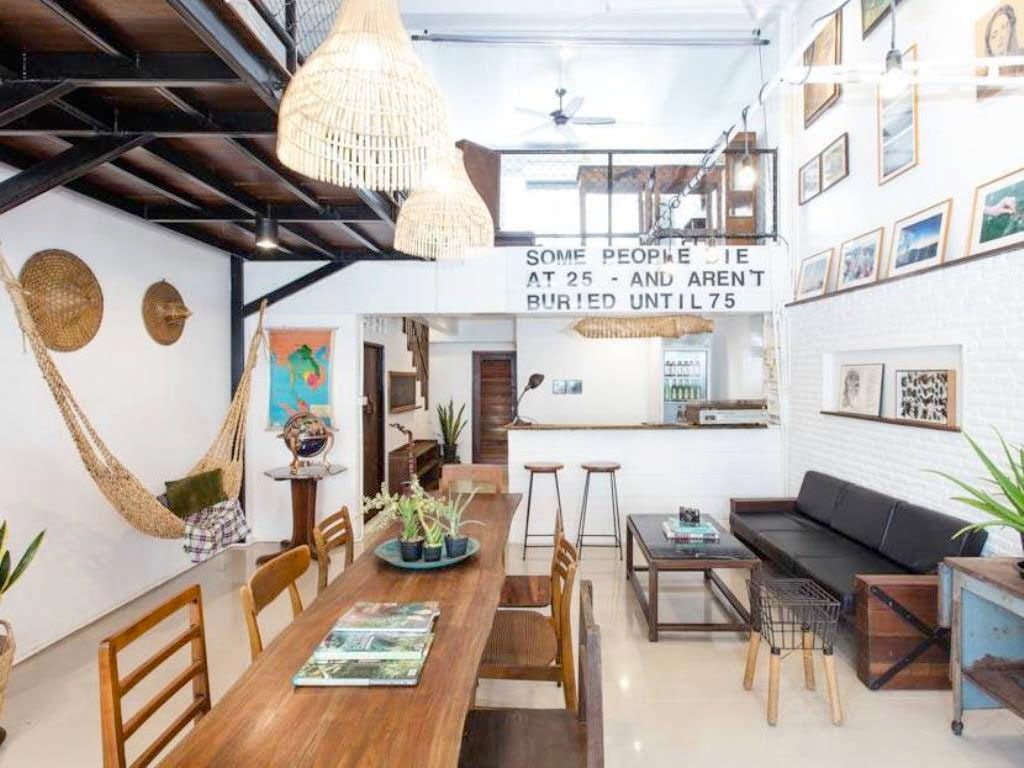 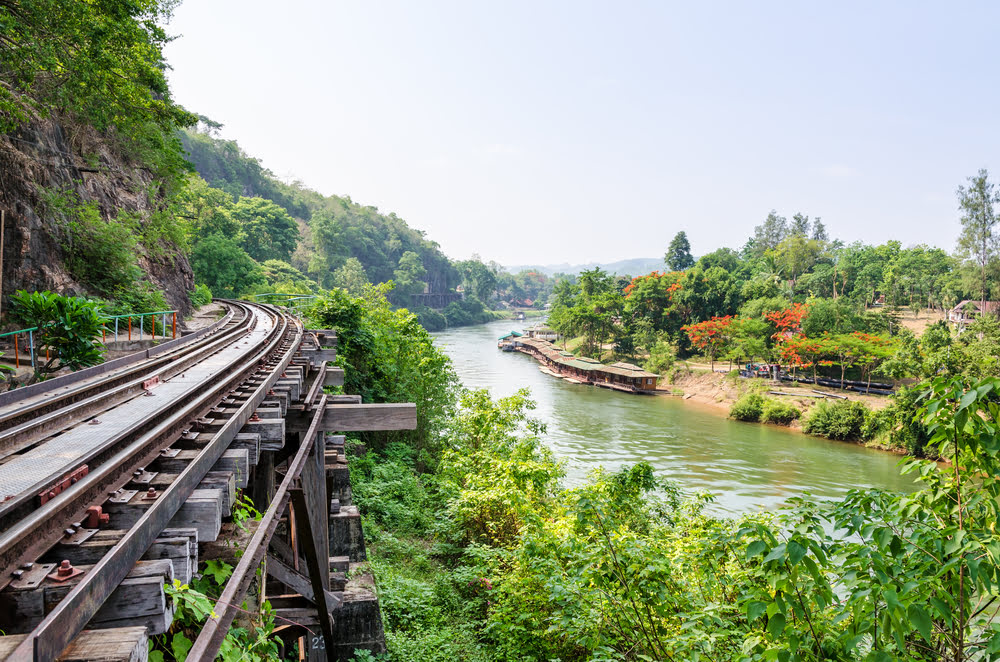 3. Walk a mile in the shoes of a POW on DEATH RAILWAY, Kanchanaburi

Made famous by Hollywood films and non-fiction depictions, the Death Railway exemplifies more than just a famous movie set. Commissioned in 1943 by the Empire of Japan, the railway was constructed at the hands of forced laborers, thousands of whom died while working on the 415-kilometer section of railway. Walk across Bridge 277, known worldwide as the Bridge on the River Kwai, and venture further north on the train for a scenic journey along Kwae Noi River, through the Wampo Viaduct and into Hellfire Pass, a section of the railway formed by workers who were forced to manually cut a pass through rock.

Make it a two-day trip! Other sights in the area include Sai Yok Noi Waterfall, located directly between Sai Yok National Park and Erawan National Park, both great for hiking, kayaking, caving and team-building exercises.

How to get there: The train that still follows the original route is the only acceptable way to experience Death Railway. You can hire a driver, but you will miss the majestic journey and much of the history explained along the way. Trains leave every morning from Thonburi Station, and guides are available for a small fee to help you choose the best timetable, depending on how far you want to go on your daytrip.

Check In to Monaz River Kwai Kanchanaburi, Step Out to Death Railway How to get there: Hiring a driver is your best bet for a safe trip to Sarika Waterfall and Khao Yai National Park. Ask a representative from your hotel for daytrip packages to the area, which can be reached in about two hours by car. For this trip, you should plan for an early start and a late return.

Check In to Escape Khaoyai Hotel, Step Out to Khao Yai National Park Market life takes on a whole new meaning in Samut Songkhram Province, where merchants don’t just sell their wares along the railroad, they actually set up shop right on top of it. Known to locals as Siang Tai, or “Life-risking” Market, the popular attraction offers local produce, fresh seafood and miscellaneous goods, but more than that, it provides one of the most thrilling shopping experiences in the region. Listen for the train signal, and watch shopkeepers scurry to fold in umbrellas and remove their wares from the tracks as the train passes by. The routine takes place eight times each day and is the reason the market also is known as Talad Rom Hoop, or “umbrella-closing” market.

How to get there:

BY CAR: Hire a driver for the 80-kilometer trip. It’s possible to find taxis to the area and back, but asking your hotel about a daytrip will be less complicated and possibly cheaper.

TRAIN: Take the BTS Sky Train to Wongwian Yai Station, and grab a tuk tuk to Wongwian Yai Railway Station. It’s a 1-kilometer walk if you want to stretch your legs before boarding the train. Take the train to Maha Chai Station, which is located on the banks of the Tha Chin River. Take a ferry across the river to Ban Laem Railway Station. From there, you can board the train again and complete your journey to Maeklong Railway Market.

Check In to Amphawa Caza Platuu, Step Out to Maeklong Railway Market Strap on a backpack, grab a water bottle, and prepare to inhale some fresh air during a day trip outside Bangkok! Thailand’s …
Read more

Where to Shop in Bangkok: 5 Popular Zones with Markets & Luxury Malls

If Bangkok is known for one thing, it’s shopping. Discover where to shop in Bangkok to find local markets and luxury shopping …
Read more