Paris is served by two main international airports: Paris Charles de Gaulle Airport and Paris Orly Airport. While further away, Paris Beauvais Airport is also an important air transport hub for the city. This guide will provide you with an overview of what you need to know about each Paris airport, including how to get to Paris from the airport, attractions near the airport, and things to do at the airport during a layover or while waiting for your flight. 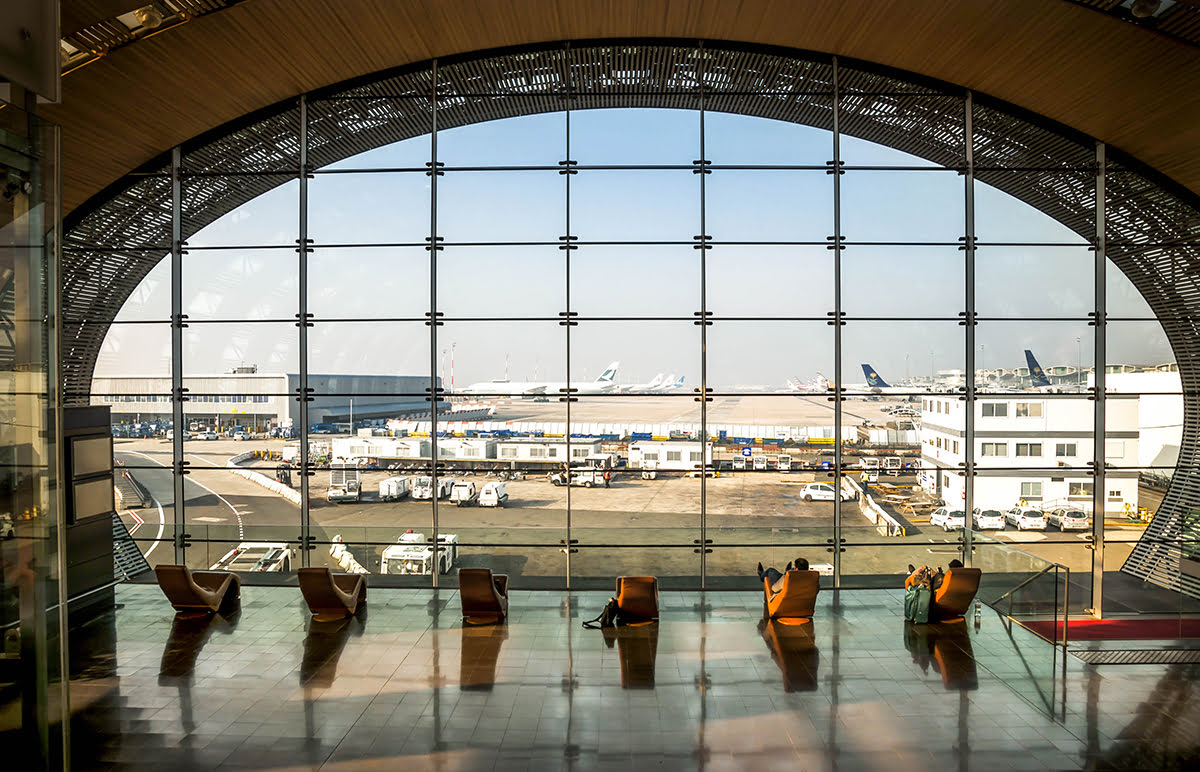 Paris Charles de Gaulle Airport is the largest international airport in the country and the hub for most international flights to Paris. It serves as the main hub for Air France and is situated approximately 19 miles north-east of the city in the Roissy district. Because of this, locals commonly refer to it as Roissy Airport. Charles de Gaulle Airport handles more than 70 million passengers a year, making it the second busiest airport in Europe and the tenth busiest in the world, by passenger traffic. Its namesake, Charles de Gaulle, was a member of the French forces during World War II and later went on to serve as President of France.

The airport has two main terminals, with Terminal 1 handling mostly Star Alliance airlines and Terminal 2 handling Air France and other SkyTeam partners. Terminal 3 is largely for low-cost, budget airlines. Other major airlines that fly into Paris Charles de Gaulle Airport include KLM, British Airways, Lufthansa, Etihad, and United Airlines. The airport is very large and terminals 1 and 2 are considerably far apart from one another, so make sure you know which terminal you need when arriving for your return flight. As the airport is so busy, you’ll also want to be prepared for long lines and potential delays by arriving well before your departure time.

How to get to Paris from Charles de Gaulle Airport

Because it is not that far from Paris, Charles de Gaulle Airport has numerous transportation links to the city. Traveling by bus is generally the most affordable choice if you are staying near its destination. Here are all of your transport options.

RoissyBus: The RoissyBus is a shuttle service that connects Paris Charles de Gaulle Airport to Opera Station. It stops at each terminal and departs every 15 to 20 minutes.

Bus Noctilien: Passengers arriving after midnight can take the Bus Noctilien N140 or N143 to Gare de l’Est Station from terminals 1 and 3.

Taxi: You can take a taxi to Paris from each terminal. While a more expensive option than train or bus, there is a flat fare system in place depending on where you are headed in the city.

Charles de Gaulle Airport to Paris Disneyland: To get to Paris Disneyland from the airport, you can hop on the Magic Shuttle bus at all terminals. Alternatively, you can also take the RER Train to Chatelet les Halles Station and transfer to the RER A Line for Marne la Vallee. 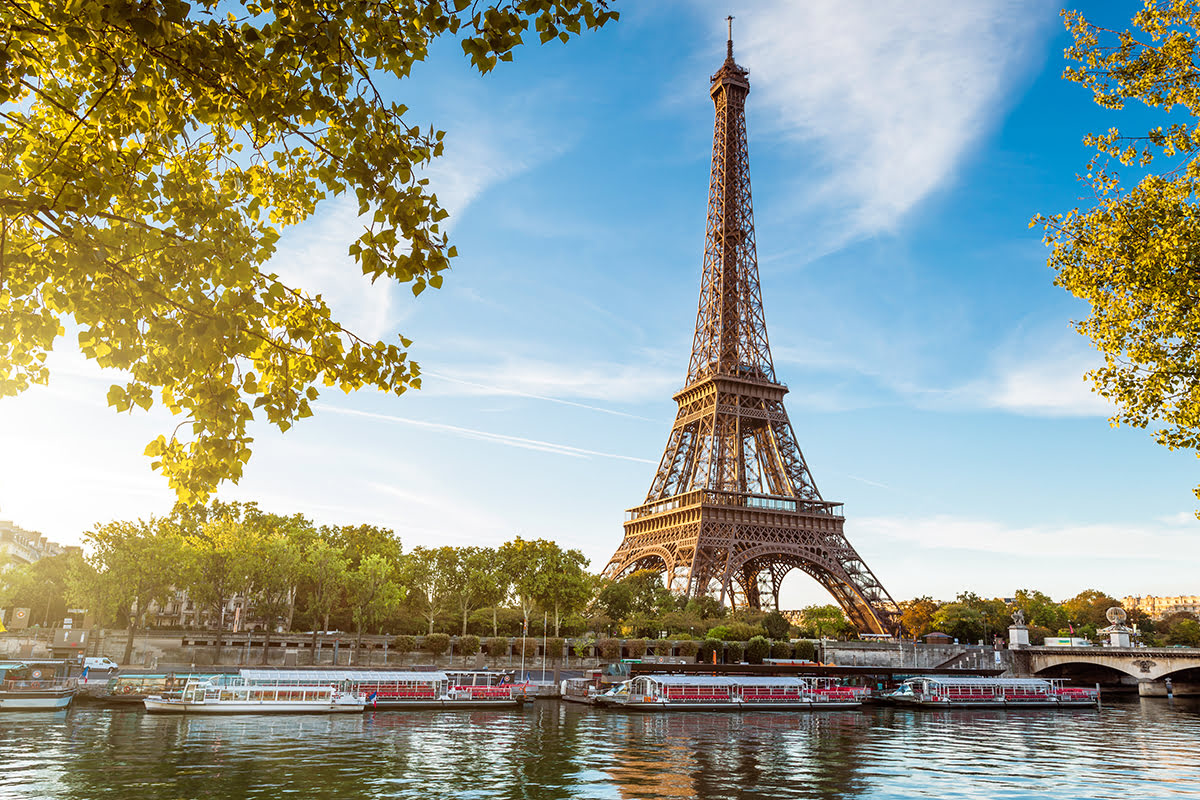 Paris Charles de Gaulle Airport offers relatively easy access to many of the most popular landmarks in Paris as long as you have a bit of time on your hands. It will take you roughly 40 minutes to an hour to reach the city depending on your destination and transportation options. If you have at least an eight-hour layover, then you should consider taking a cruise along the River Seine. This will give you a chance to view many of Paris’s most important landmarks from the water, including the Eiffel Tower, Notre Dame, the Louvre, and the Musee d’Orsay. One of the top recommendations for tourists who are short on time but who want to experience Paris is to head to Ile de la Cite. This river island is like a miniature Paris, with cobblestone streets and charming Parisian shops and bakeries.

Things to do at Charles de Gaulle Airport

Paris Charles de Gaulle Airport offers fantastic shopping opportunities for everything from beauty products to designer brands. Head to the large Duty Free shops for fantastic discounts on French brands such as Yves Saint Laurent and Chanel, as well as on candles, perfumes, and other scents from Diptyque. Several art museums and institutions also lend rotating exhibits to Charles de Gaulle Airport, so you can take in some beautiful works of art while waiting for your flight. Or, if gaming is more your style, then head to one of the airport’s ’80s themed arcades. The airport is likewise not lacking for great cafes and restaurants. Enjoy a glass of wine and panoramic city views at La Terrasse de Paris or, if you’re feeling even more decadent, indulge your palate at Caviar House & Prunier Seafood Bar. 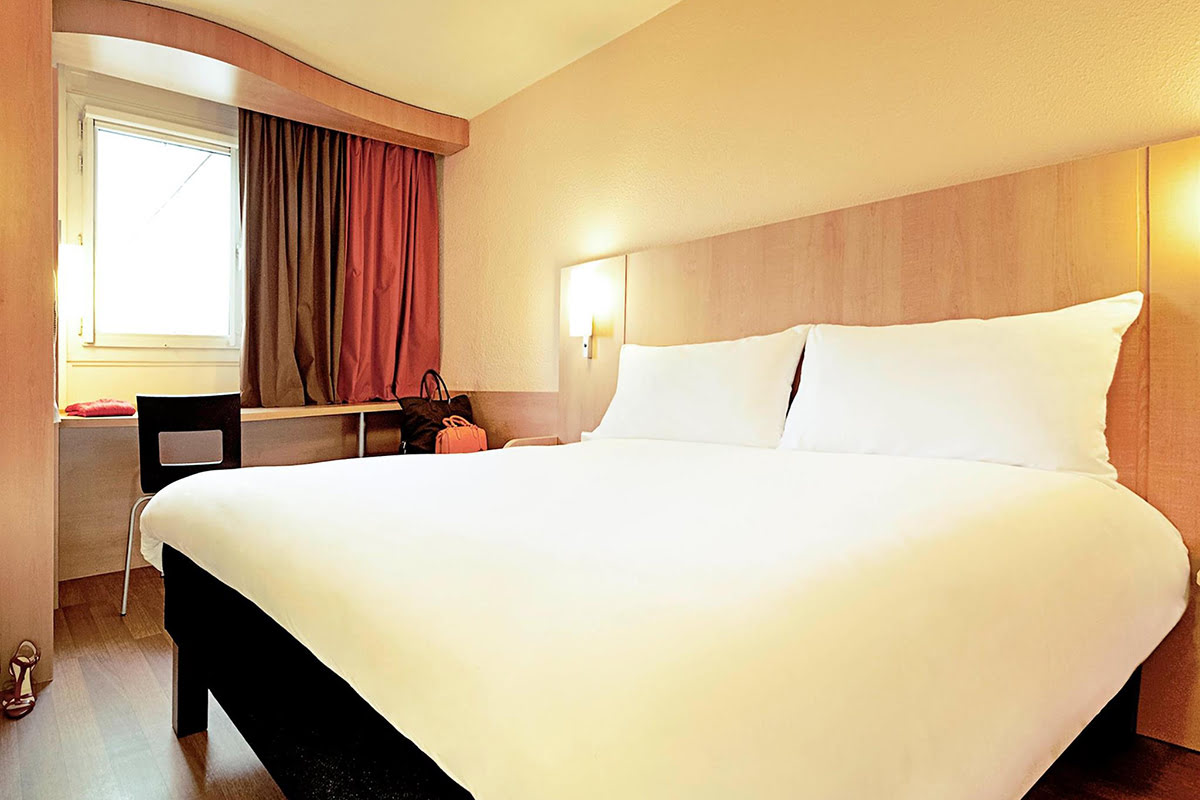 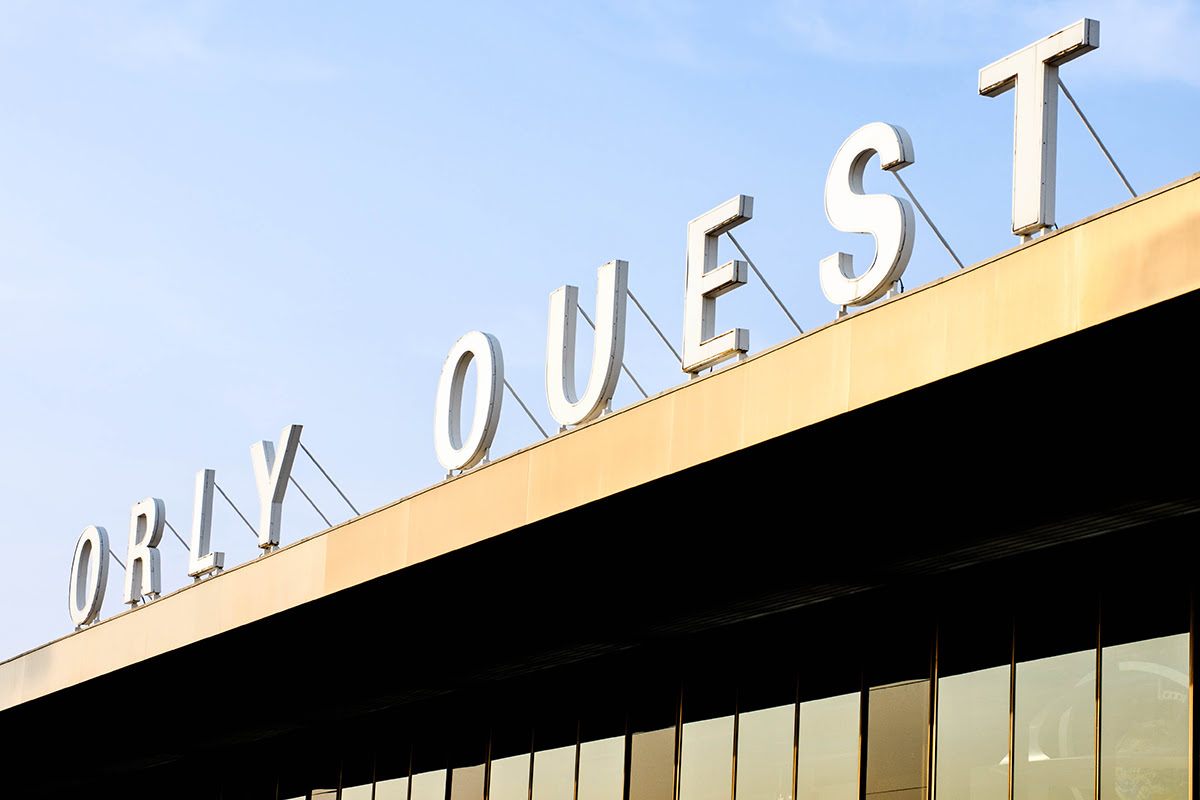 Located just 11 miles south of the city, Paris Orly Airport is a hub for both domestic and international flights. Many travelers prefer to fly into Orly Airport for its close proximity to the city. It was the main airport for Paris prior to the construction of Paris Charles de Gaulle Airport. The airport lies partially in the commune of Orly and partially in the commune of Villeneuve-le-Roi. It is the country’s busiest airport for domestic traffic and the second busiest in terms of passenger traffic. Over 30 million passengers a year pass through this airport, making it the tenth busiest airport in Europe. Large but not too large, this airport does not tend to be overly crowded and therefore makes for less stressful travel.

Paris Orly Airport is a secondary hub for Air France and the main hub for the low-cost carrier Transavia France. It operates flights to and from destinations all over the world, including Europe, Africa, the Middle East, the Caribbean, Southeast Asia, and North America. Some of the major airlines serving the airport include Norwegian, KLM, and Easyjet. Domestic flights generally land at Terminal 1, also known as the South Terminal, while international flights arrive at Terminal 2, also known as the West Terminal. A free shuttle bus travels between the two terminals.

How to get to Paris from Orly Airport

Located even closer to Paris than Charles de Gaulle Airport, Orly Airport offers many quick and convenient transportation options to the main transportation hubs in the city. Take your pick from the following choices.

Orlybus: You can catch the Orlybus to Denfert Rochereau Station from bus stop 3 at the South Terminal and bus stop 5 at the West Terminal. It departs every 8 to 15 minutes.

Taxi: You can take a taxi from either terminal for a flat rate depending on which section of the city you are headed to.

Orly Airport to Paris Disneyland: The Magic Shuttle bus stops at both terminals and can take passengers to Paris Disneyland. Travelers also have the option of taking the RER B Train to Chatelet les Halles Station and transferring to the RER A Line for Marne la Vallee. 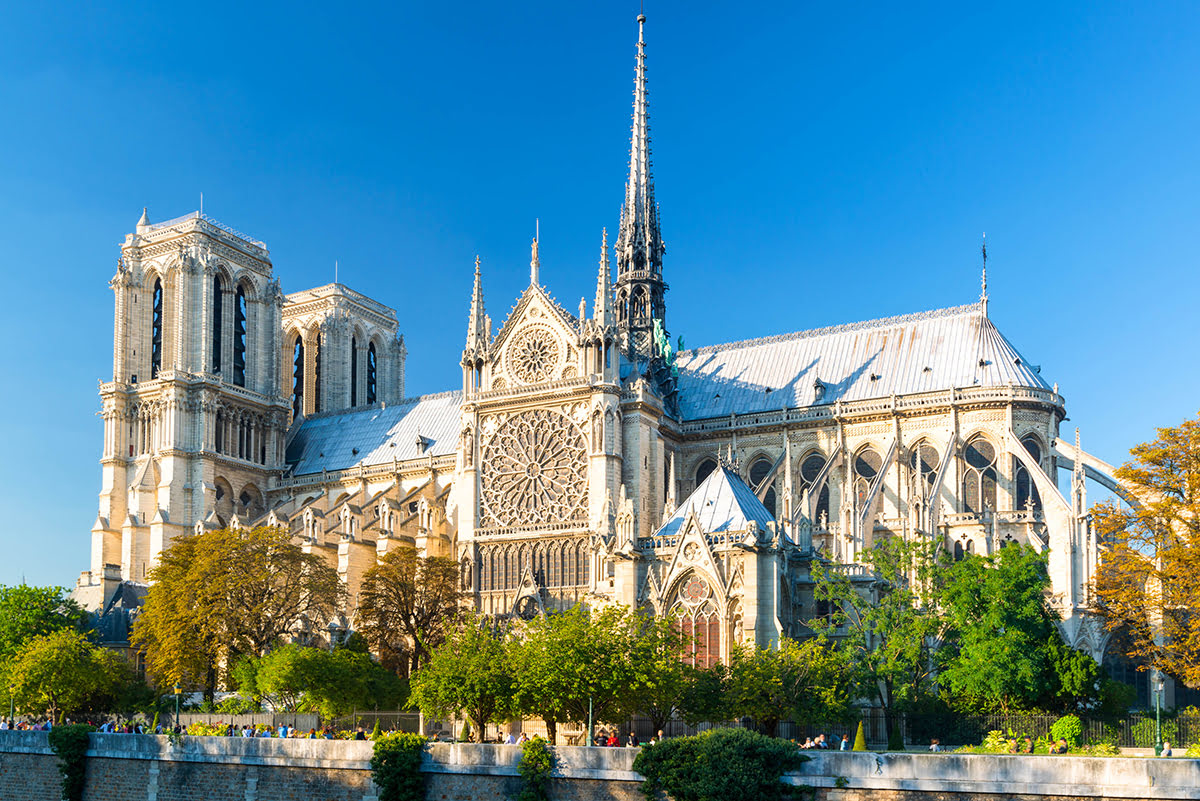 You can be in the heart of Paris from Orly Airport in just 30 minutes or less depending on your chosen transport option, making this a fantastic airport from which to see some famous Paris landmarks during a layover. It provides even easier access than Charles de Gaulle Airport to such iconic attractions as the Eiffel Tower, Notre Dame, the Louvre, and Orsay Museum. Because the airport is such a short distance away, you may even be able to fit in a stop at the Arc de Triomphe and explore Champs-Elysees. If your schedule allows for it, then consider taking a boat cruise or one of the many available city tours to make the most of your time.

Things to do at Orly Airport

There are a lot of dining and shopping options at Paris Orly Airport that you can take advantage of during a layover or while waiting for a flight. Plenty of cafes and fast food restaurants are available, as well as sit-down restaurants such as CUP (Cuisine Urbaine Parisienne) and Caviar House & Prunier Seafood Bar. If you have the time to go shopping, then you’ll also find over 30 boutique stores selling luxury brands, as well as Duty Free areas where you can snag a deal. For passengers looking to relax and unwind before their flight, both terminals also have a Be Relax spa that offer an array of services, including manicures, pedicures, and massage. 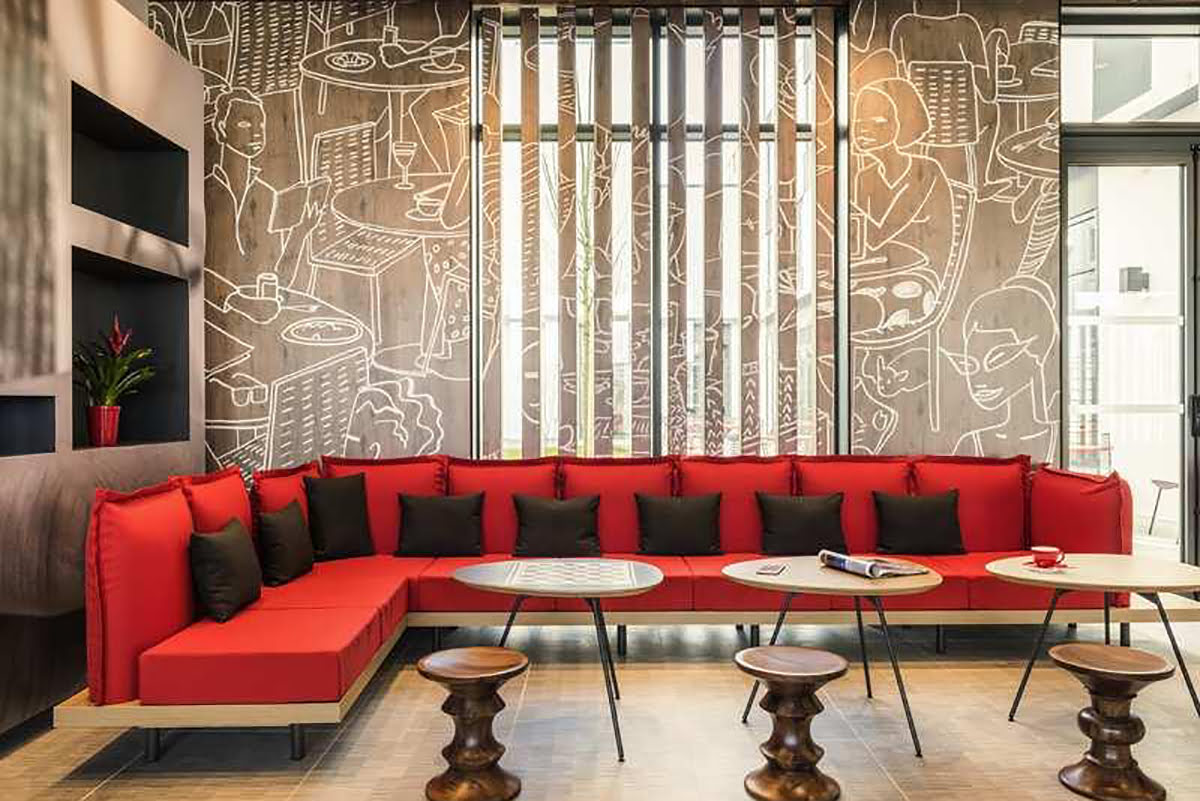 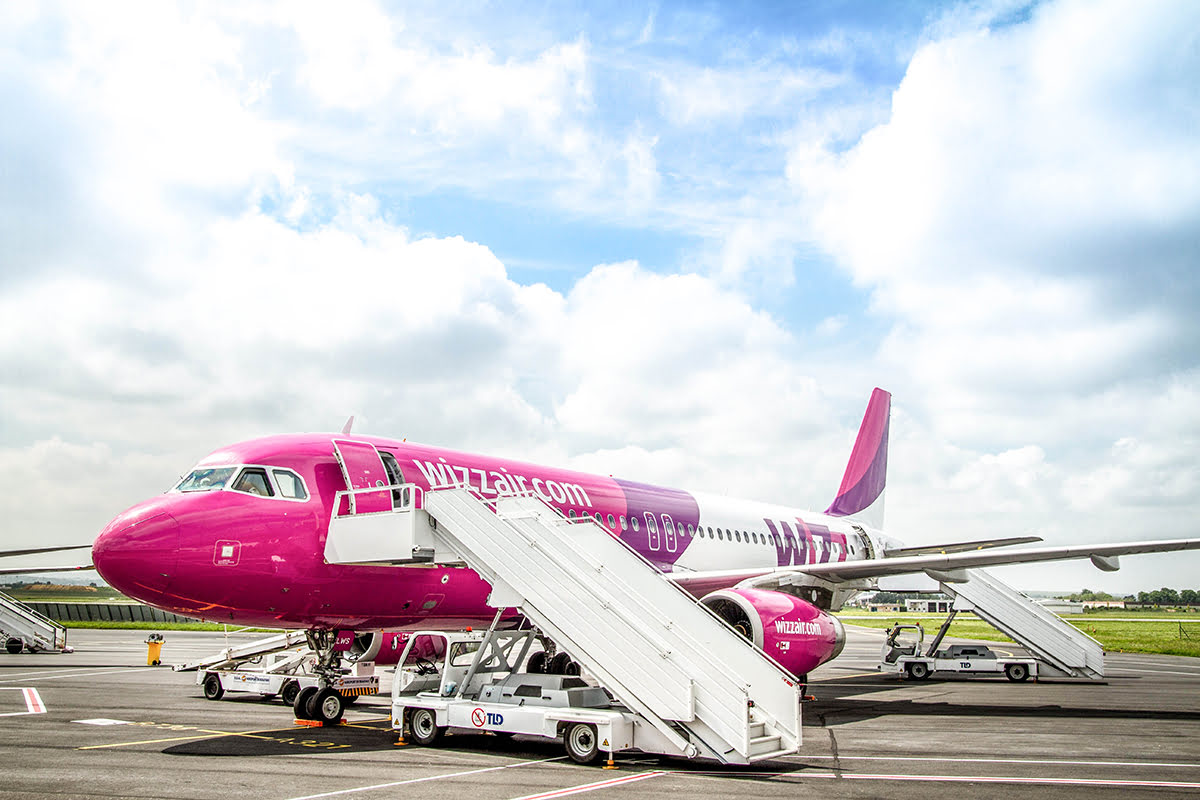 Paris Beauvais Airport, the official brand name of Beauvais-Tille Airport, is an international airport located 53 miles north of Paris. It lies in the commune of Tille in France’s Picardy region, near the city of Beauvais. Though it is much further than Charles de Gaulle Airport and Orly Airport, it is nevertheless considered to be one of the three main airports serving Paris. Paris Beauvais Airport largely operates flights by charter companies as well as by low-cost carriers such as Central Wings and Ryanair. It is the tenth-busiest airport in the country, handling around 4 million passengers a year and serving more than 60 destinations.

Flights to Paris Beauvais Airport are commonly chosen by students, backpackers, and other travelers who may be looking to save on airfare and who have the time to make the roughly one-and-a-half hour journey into Paris. Keep in mind, however, that the cost of reaching the city from this airport will be higher than from the other two airports, so make sure that your airfare savings outweigh the price of ground transport.

How to get to Paris from Beauvais Airport

As Beauvais Airport is located quite far from Paris, transportation options are limited but direct. You can choose to take a shuttle bus from the airport or take a taxi a short distance to Beauvais Station for the TER train.

Shuttle bus: A shuttle bus departs from between terminals 1 and 2 for Porte Maillot Station 20 minutes after each arriving flight. The journey takes approximately 1 hour and 15 minutes. Due to its distance from the city, travelers don’t have much of an opportunity to see Paris during a layover at Paris Beauvais Airport. However, arriving at or departing from Beauvais Airport does give you the unique chance to explore the city of Beauvais. This historic city is home to many important landmarks, as it was once a prominent town. There is no shortage of beautiful churches and interesting museums to check out. One such museum is MUDO – Musee de l’Oise. A palace-turned-museum, it houses a collection of archeological finds, 19th- and 20th-century art, and ancient ceramics. Also worth a visit is the Beauvais Cathedral. Constructed in 1225, the cathedral is a stunning example of Gothic architecture. Other top attractions include the National Tapestry Gallery and the Church of Saint-Étienne.

Things to do at Beauvais Airport

Paris Beauvais Airport doesn’t offer quite the same level of shopping, dining, and entertainment opportunities as Orly Airport or Charles de Gaulle Airport, but it also certainly isn’t lacking in these facilities. There are numerous dining options for breakfast, lunch, or dinner, including Sport’s Bar, Illy Cafe, Pizzeria Tony, and the world-renowned bakery Paul. For those interested in some last-minute duty-free shopping, both terminals have an Aelia Duty Free located in the departure lounges that specializes in luxury goods. You’ll find many high-quality products at a great price, including cosmetics, perfume, fashion accessories, electronics, alcohol, cigarettes, and tasty French goodies.