Things to Do in Taipei: Best Hot Springs, Temples & Markets

Get an overview of the best things to do in Taipei. Taipei’s rich history, combined with its stunning historical sites, amazing food, and wonderful people make it a great stop for any traveler! See popular attractions like Shilin Night Market, Longshan Temple and Beitou Hot Springs. 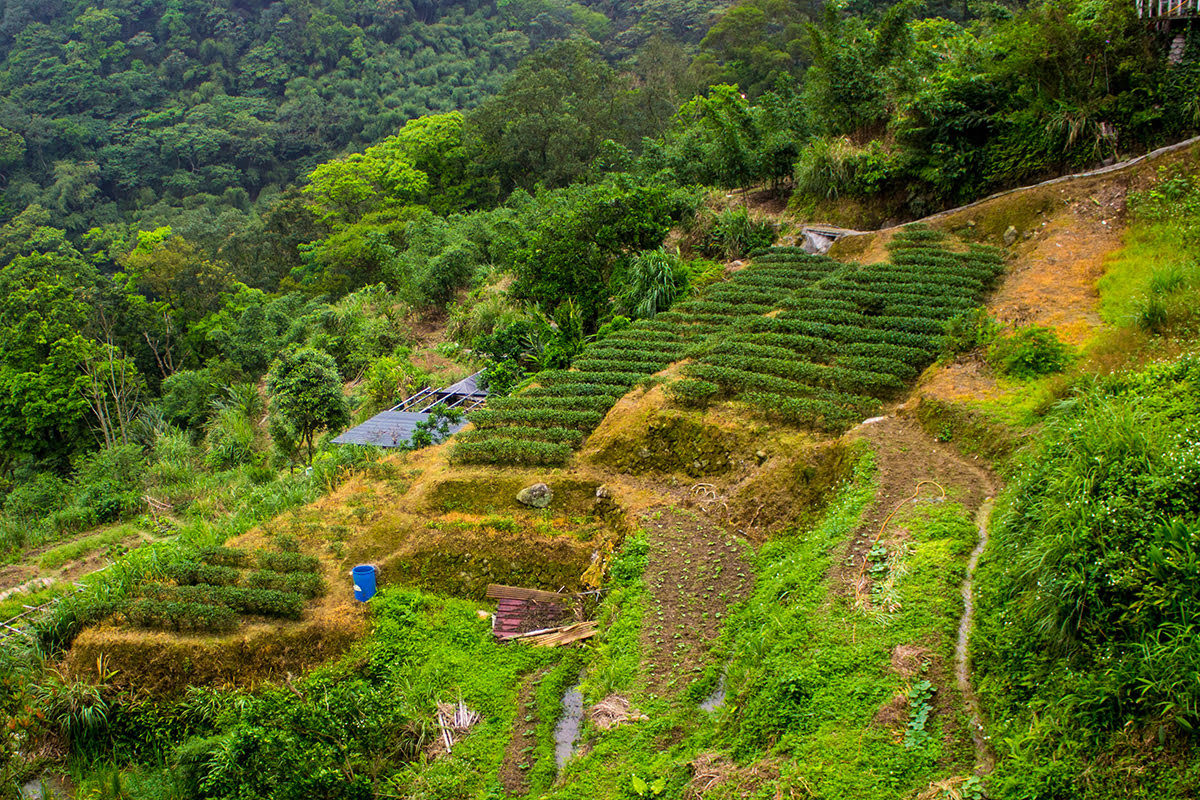 Things to do in Taipei: Night Markets, Food, Museums & More!

Foodies and travelers unite and get yourselves to Taipei! Between its rich cultural history, gorgeous scenery, lovely people, and exceptional markets, there is a lot to see and do in Taipei, especially if you love to eat! With its amazing night markets, which offer up everything from food to clothes, to spices, to herbs, and everything in between, to its stunning nature reserves and parks, to its ultra-modern downtown, Taipei really is a city for almost everyone. If it’s your first time visiting Taipei, or if you’re looking to explore, then this guide can help you sift through the many top attractions and things to do in Taipei.

What to Do in Taipei | Know Before You Go

Taipei is a great city to visit, though there are some rules and tips that you should know before heading out.

Check In to Cityinn Hotel Plus Ximending Branch, Step Out to Ximending Shopping District 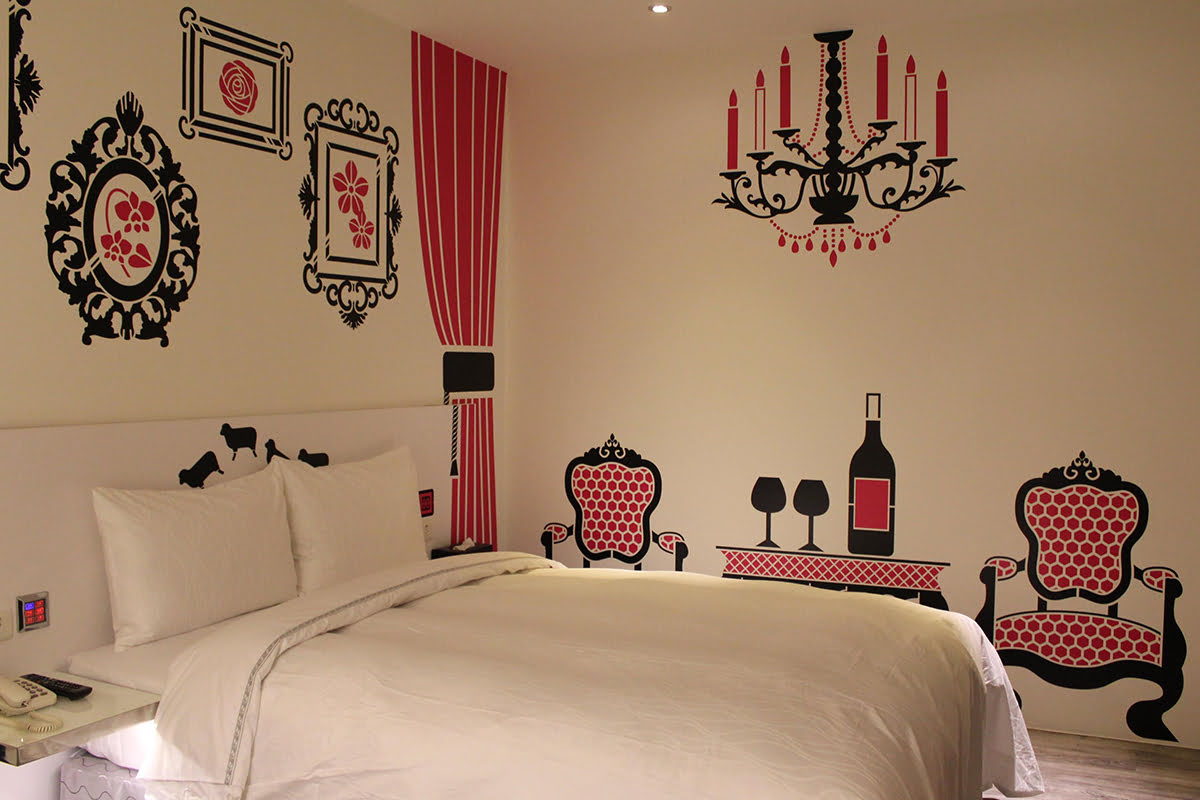 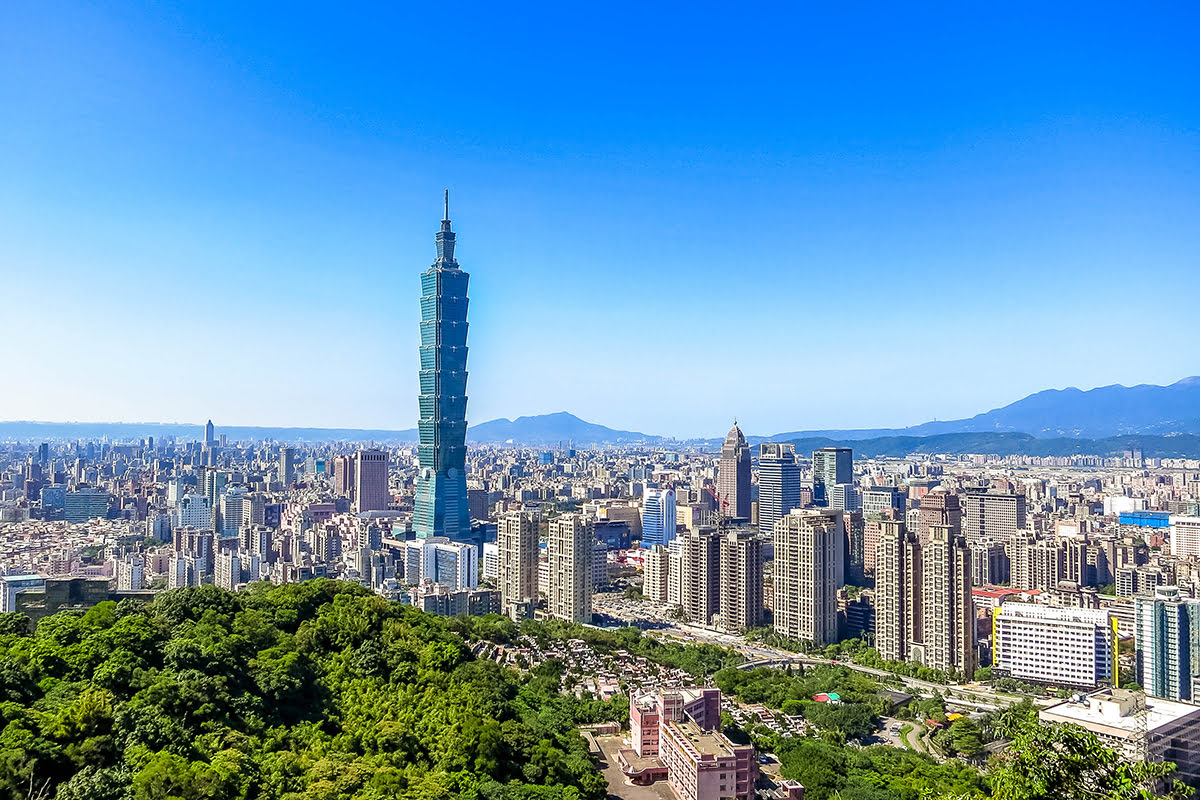 Explore some of the best attractions in Taipei!

There is a lot to do in Taipei, so no matter what you choose, you’re sure to have a great time in the city. Whether you’re more into modern attractions, like the amazing Taipei 101 skyscraper, or you’d like to spend time exploring the night markets, like Shilin or Ningxia or Keelung (which is a short trip away from Taipei), or if you’re a hiker looking to experience what the great outdoors has to offer in Taipei, there’s plenty to see and do in and around the city. Here are some of the best things to do in Taipei so that you can plan to have the best trip in Taipei! 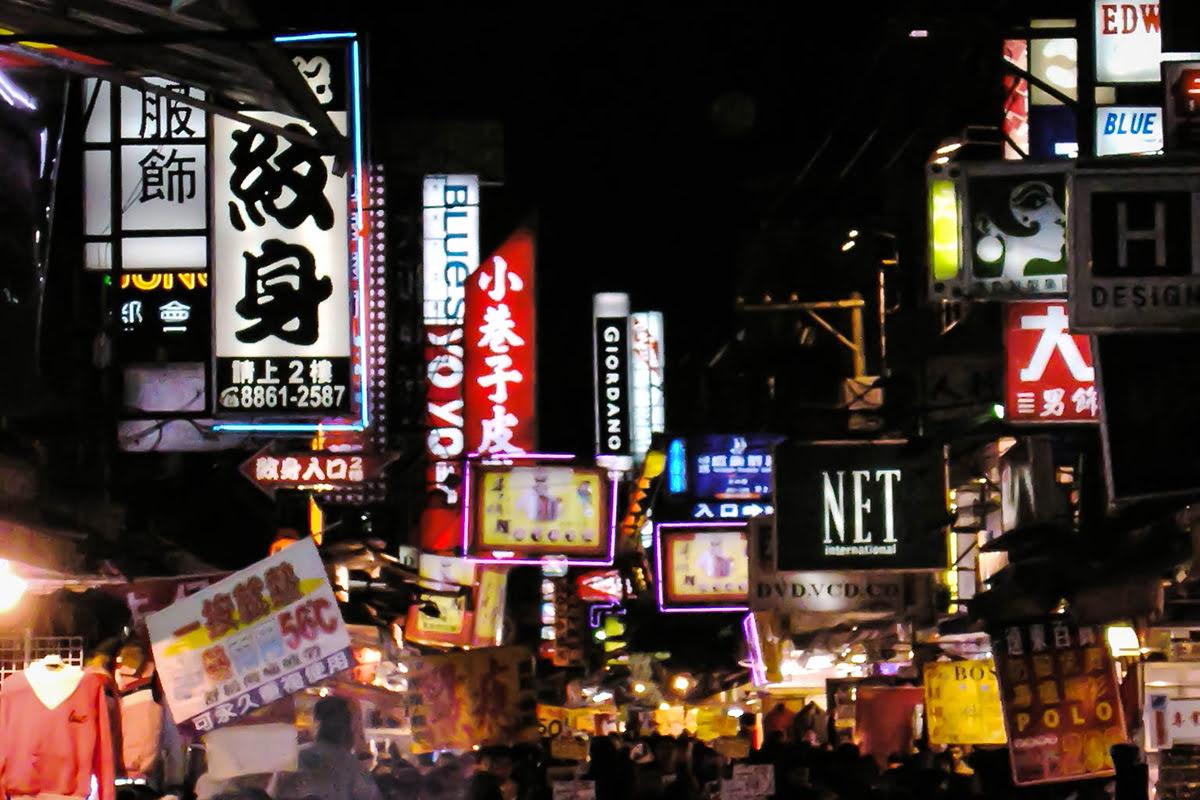 Night markets have been a big part of the culture in Taipei for a long time and are often gathering places for locals who are looking to enjoy family, friends, and great food. A great tip to remember for when you visit markets in Taipei is that, whenever you see a big line of people waiting for something, it’s generally a good indication that whatever is inside is worth your time – especially if it’s food. While Taipei has an abundance of night markets to choose from, there are definitely some that stand out more than others.

Check In to Cho Hotel, Step Out to Ximending Shopping District 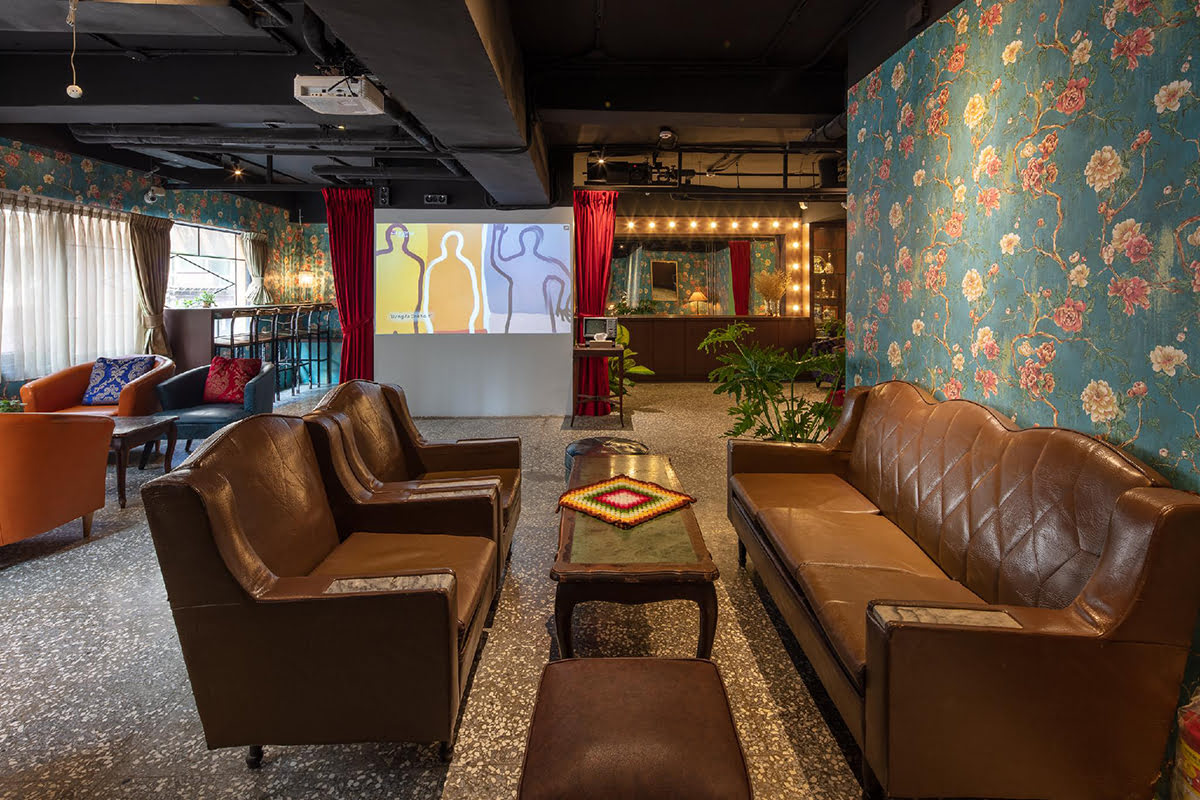 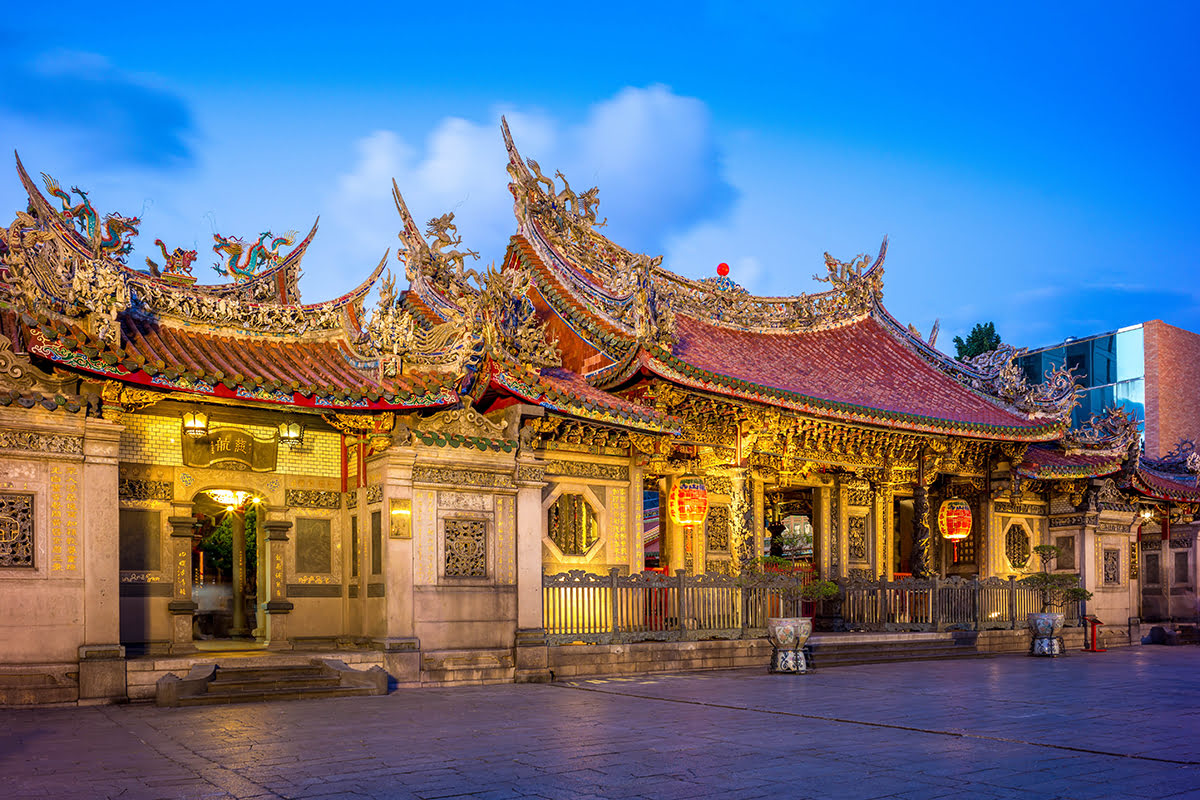 Things to Do in Taipei | Temples, Museums, and Other Cultural Landmarks

Longshan Temple: The stunning Longshan Temple is a religious monument that pays homage to the Buddhist faith as well as some Chinese deities. A temple has stood in this location since 1738 and it has been an important site for the people of Taipei since then. Located within walking distance of the Longshan Temple Metro Station, the Longshan Temple is a wonderful place of worship to visit during your trip and a great thing to do in Taipei. Enjoy the beautiful temple which is maintained by locals, and is often very busy. Remember when visiting, that you are at a place of worship, so do be respectful at this monument and follow the example of the locals that are there to worship.

Taipei Zoo: The Taipei Zoo is the largest zoo in South East Asia and is a popular attraction for both tourists and locals in the Taipei area. If you’re an animal lover, or are just looking to get out of the hustle and bustle of the busy city, then Taipei Zoo can make for a wonderful daytrip. The Taipei Zoo is dedicated to education, conservation, and research, so it’s a great place to visit if you are an animal lover and you’re curious about the conservation efforts the zoo undertakes in the area. If you’re visiting Taipei with kids, then the Taipei Zoo is also an awesome, family-friendly attraction that is sure to keep the kids happy. Plan for a trip to the zoo to take about 3 hours, and don’t worry, there are plenty of options for food in and around the Taipei Zoo, or you can pack a lunch to bring.

Check In to Just Sleep Hotel Ximending, Step Out to Longshan Temple 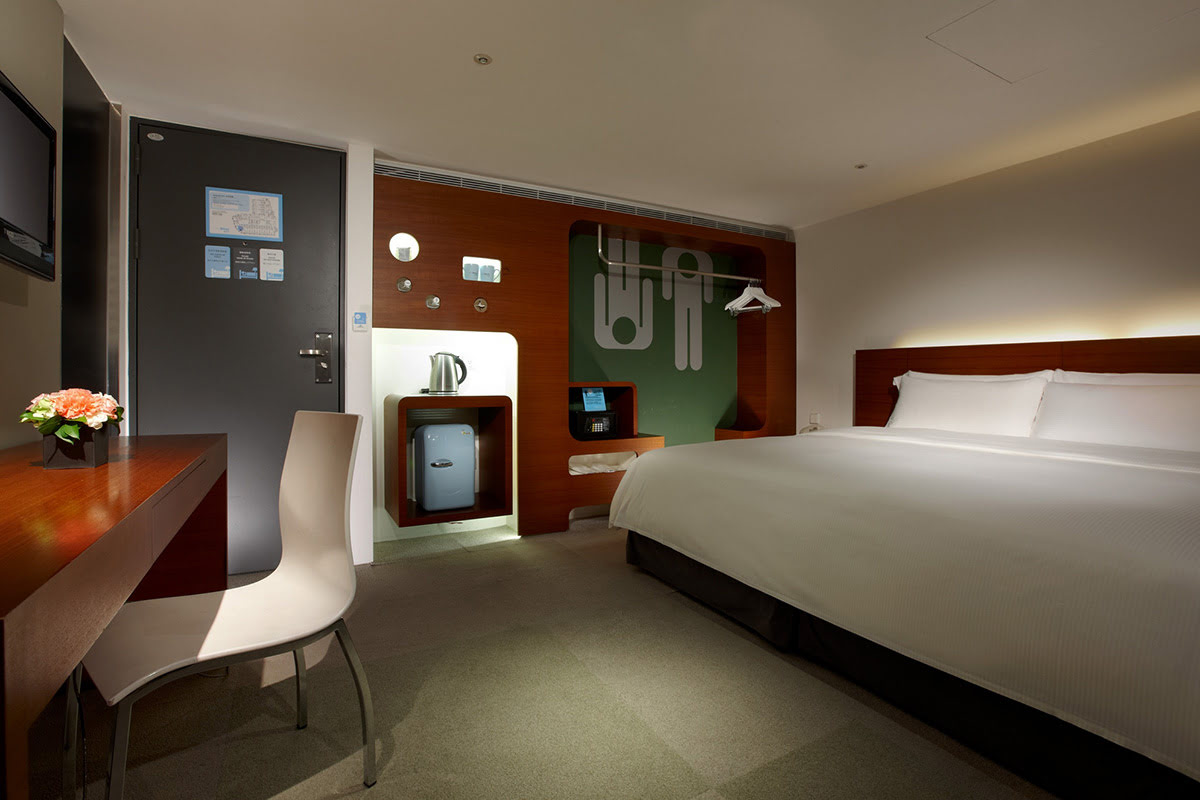 Things to Do in Taipei | Enjoy an Outdoor Adventure!

While Taipei is a major metropolitan area with lots to do in the city itself, that doesn’t mean there aren’t any outdoor activities that you can enjoy in the area. Taipei is located near rivers, the ocean, and mountains so you’re only ever a transit ride away from a fantastic, outdoor adventure in Taipei. Here are some of the best things to do outside in Taipei.

Go hiking at the Maokong Plantations!: The Maokong Plantations make for a wonderful visit if you’re looking for pristine views of Taipei. Take the Maokong Gondola straight to the top of the mountain and enjoy the view! There’s a café at the top of the mountain, so you don’t have to worry too much about food or drinks and, if you’re up for it, there is also a selection of traditional tea houses and tea shops, which are a convenient place to pick up some gifts! You can also enjoy hiking in the area, no matter what time of year you visit, and the mountain is a nice, cool place to get away from the heat of the city during the summer.

Check In to HiONE HOLIDAY HOTEL, Step Out to Taipei Zoo

Taipei is bordered by the ocean and also has access to lovely rivers and lakes, which means there are plenty of places to have fun by the water in Taipei. Grab your sunglasses and go enjoy a stroll by the water while you visit Taipei!

Tamsui (Danshui) Old Street: Located right along the Tamsui River, Tamsui Old Street is a historic walkway that has beautiful views of the river, great shops, lots of food stalls, and plenty of cafés. This area is popular with both tourists and locals, so get ready to have a great time when you stop by in the area. Reminiscent of other popular boardwalks around the world, Tamsui River, Tamsui Old Street also has carnival games to play, so if you’re looking for a way to pass the time with your kids, it’s a great option. If you’re up for it, you can also take a ferry across the water to the Bali Left Bank area and rent some bikes to cycle around on. With beautiful views of the water and the sunset, Tamsui Old Street is a gorgeous place to take a walk and get a little lost.

Check In to Grand Hotel, Step Out to Shilin Night Market 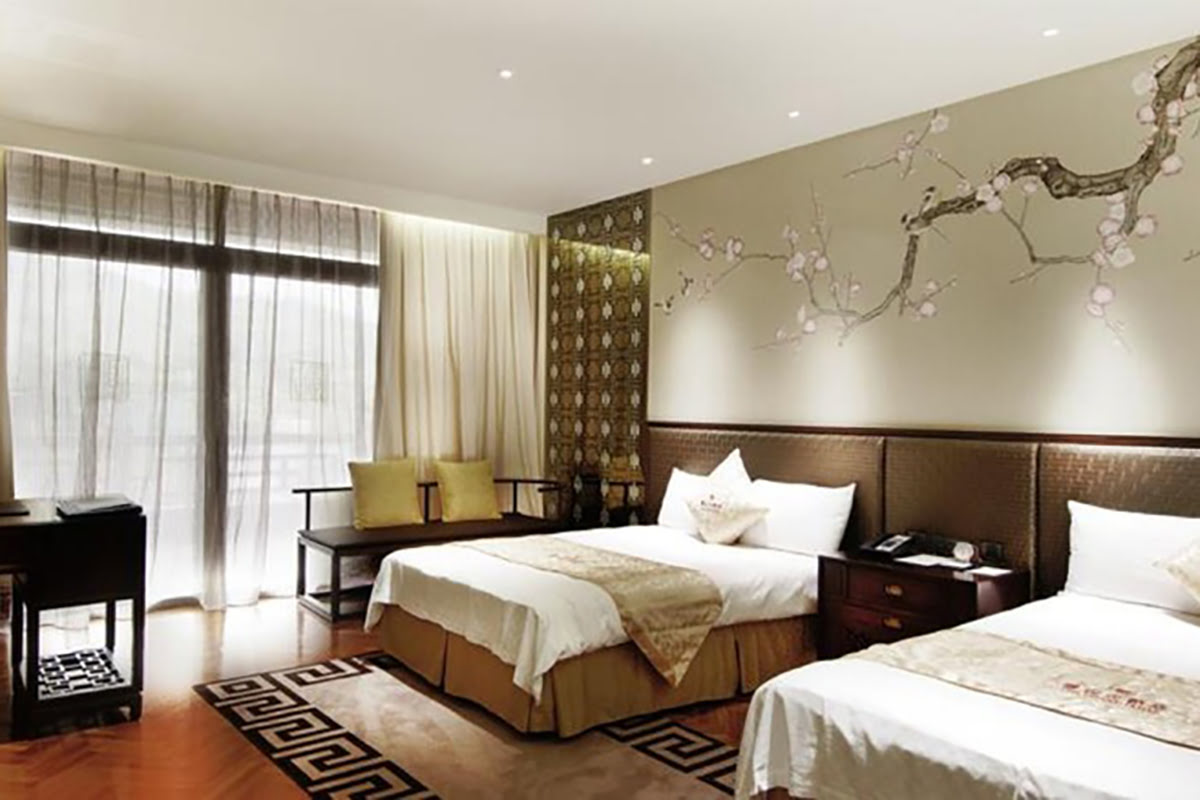 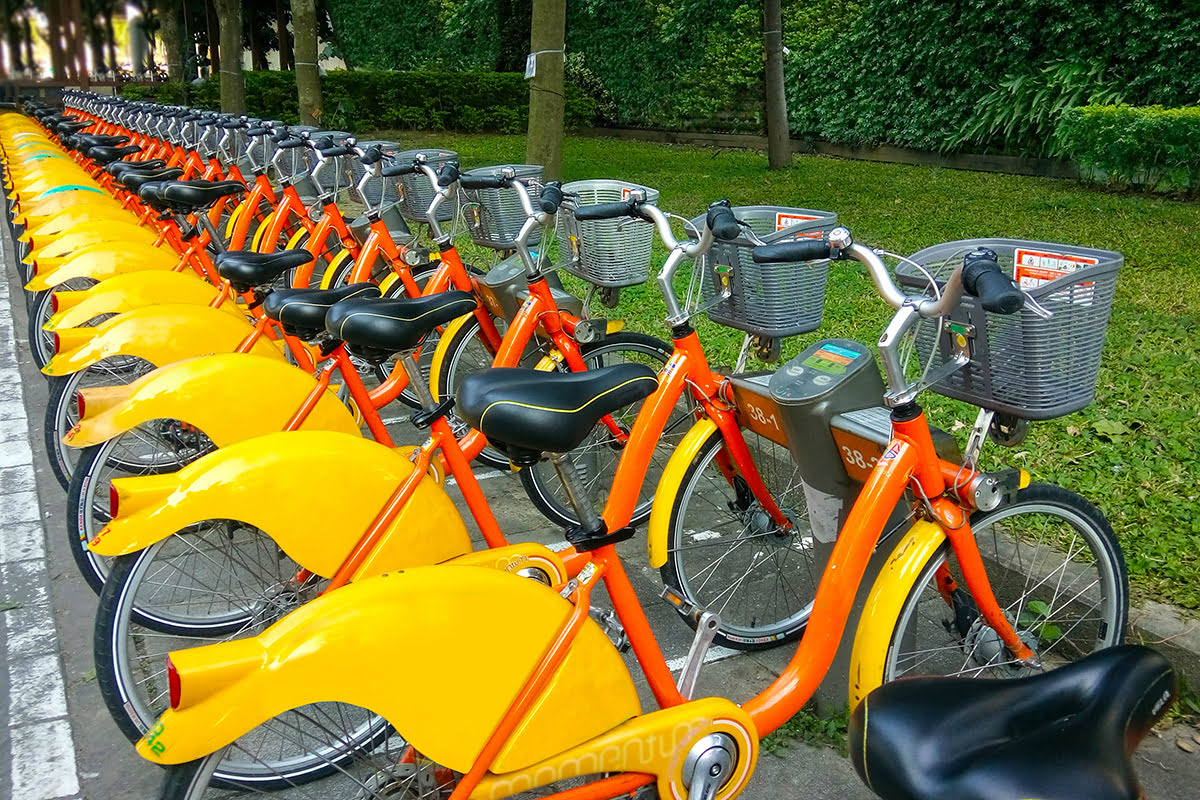 Things to Do in Taipei: Transportation options

One of the best things about Taipei is how well connected it is by public transit. If you are visiting the city for the first time, it’s best to get familiar with the Taipei MRT (metro), as it’s fast, inexpensive to travel on, and can get you to many of the major attractions in Taipei. Taipei also has a wonderful bus system in use throughout the city and beyond, and if you can’t get to a site by using the metro, then the bus is a great option as well. Traveling by bus in Taipei is also a cheap way to get around the city, and with a few tips, you can ride the bus like a pro in Taipei.

Check in to Roaders Hotel, Step out to Taipei Zhongshan Hall 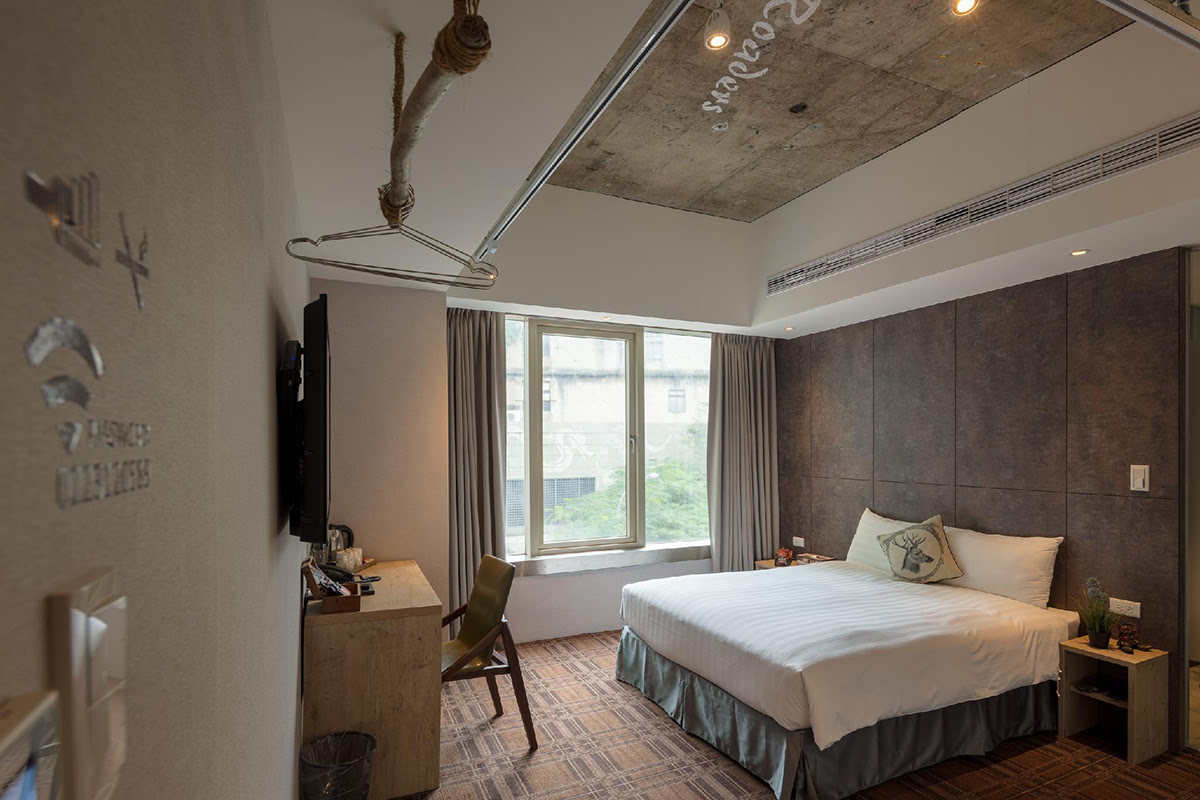