Things to Do in Melbourne | 10 Best Tourist Attractions & Top Activities

Melbourne is often regarded as one of the most livable cities in the world, and the list of things to do in Melbourne make this Australian city a great place to visit as well. It is a vibrant and multicultural metropolis with a mix of historic buildings and hip, modern establishments. Landmarks like the Royal Botanic Gardens and Queen Victoria Market offer excellent sightseeing opportunities while the bustling streets are full of fun and exciting things to do. When visiting Melbourne, make sure you add the following sites and activities to your itinerary. The intersection of Flinders Street and Swanston Street should be the start of any sightseeing journey in Melbourne. Three of the city’s most iconic landmarks are located here, making it easy to visit them all in one go. First, there is Federation Square, a large arts and cultural venue built to commemorate Australia’s 100 years of federation. The square is home to numerous cultural institutions and hosts hundreds of events throughout the year. Right across the street is Flinders Street Station, the busiest railway station in the country. The Art Nouveau style building is a cultural icon and a popular meeting spot among locals. Just steps away, visible from the station entrance, is St Paul’s Cathedral. Constructed in 1868, the cathedral is a beautiful example of Gothic Revival architecture. Visitors are free to go inside and have a look around.

Check In to Citadines on Bourke Melbourne, Step Out to Federation Square 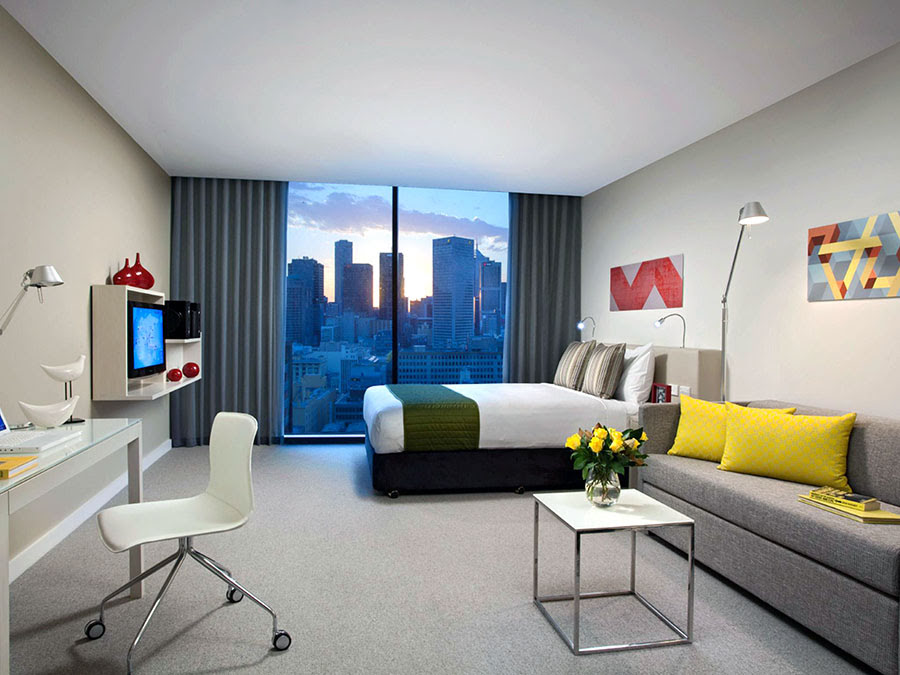 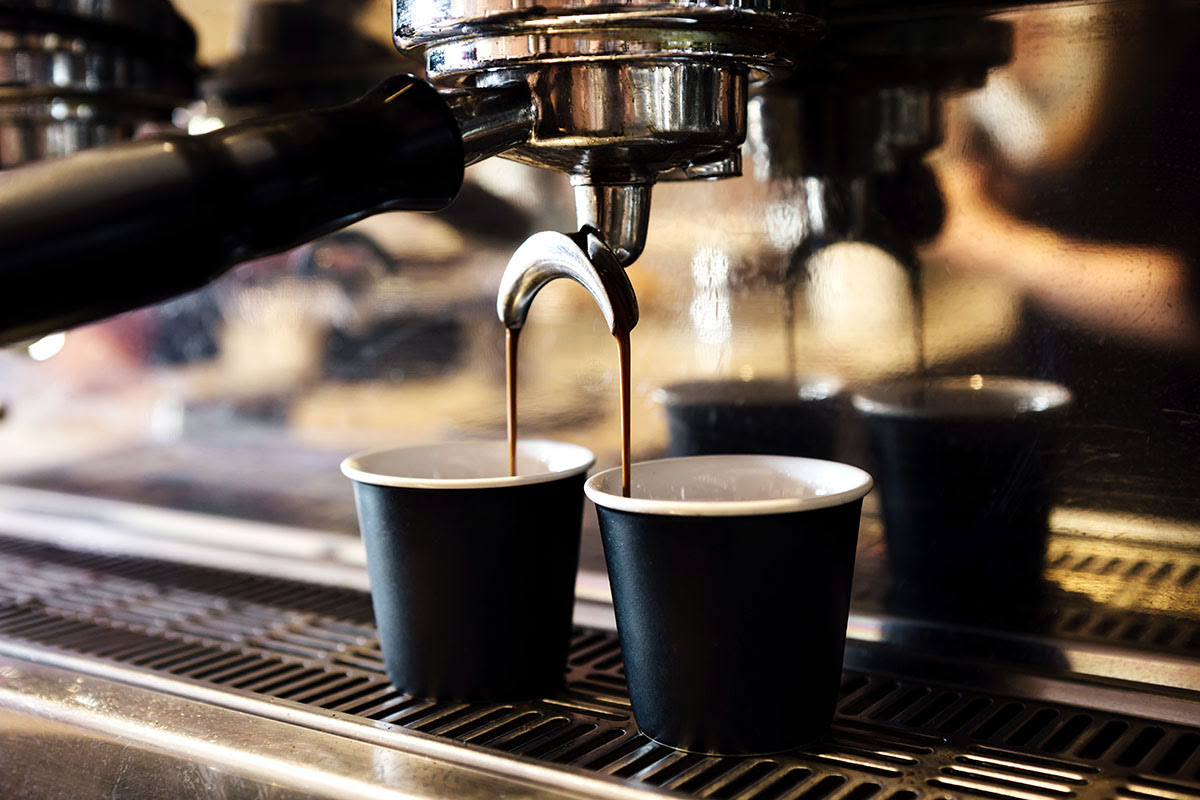 2. Try the best coffee in the world at a local cafe

Coffee aficionados around the globe consider Melbourne to be one of the very best places to have a cup, even in comparison to cities like Rome and Vienna. Melbourne has a strong and passionate coffee culture with discerning consumers who expect great taste and talented baristas who always deliver. Among the most highly rated cafes in the city are Patricia Coffee Brewers, Dukes Coffee Roasters, Everyday Midtown, and Market Lane Coffee. Visit some of these top spots and learn more about the city’s coffee culture by signing up for a coffee walking tour.

Check In to Oaks Melbourne on Market Hotel, Step Out to Melbourne 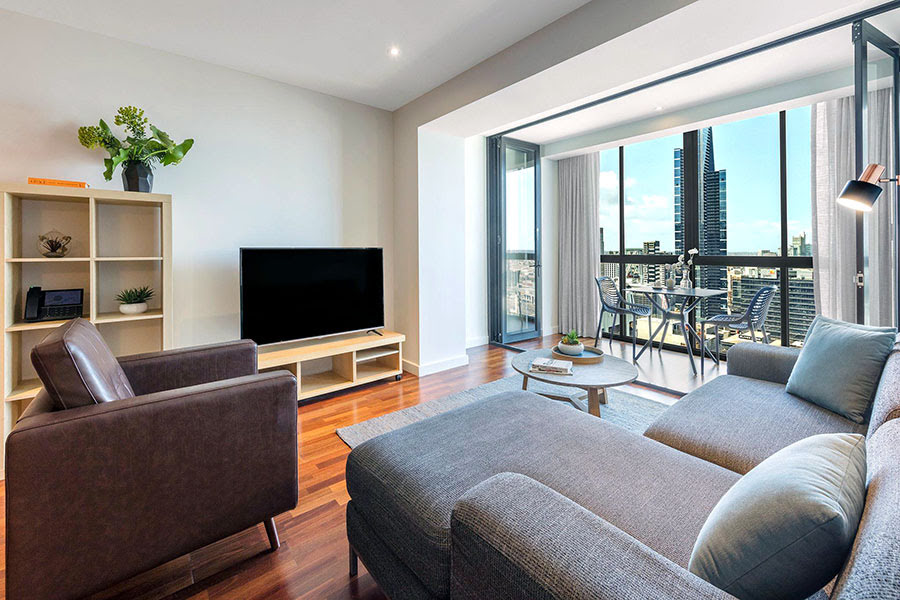 Take in spectacular views of Melbourne by heading up to the Skydeck of the 975-foot-tall Eureka Tower. Opened in 2006, it was, at the time, the tallest residential tower in the world. Currently the third-tallest building in the country, Eureka Tower provides 360-degree views from the large, floor-to-ceiling windows that enclose the Skydeck, which is located on the 88th floor. Visitors can zoom up to the viewing platform in just 38 seconds by taking the fastest elevator in the Southern Hemisphere. At the top, viewfinders will help you find significant landmarks around Melbourne. If you’re feeling particularly brave, you can also step into The Edge, a glass cube that projects out from the side of the building, suspending visitors directly above the ground. It’s an experience you don’t want to miss.

Check In to Pullman Melbourne on Swanston, Step Out to Eureka Tower 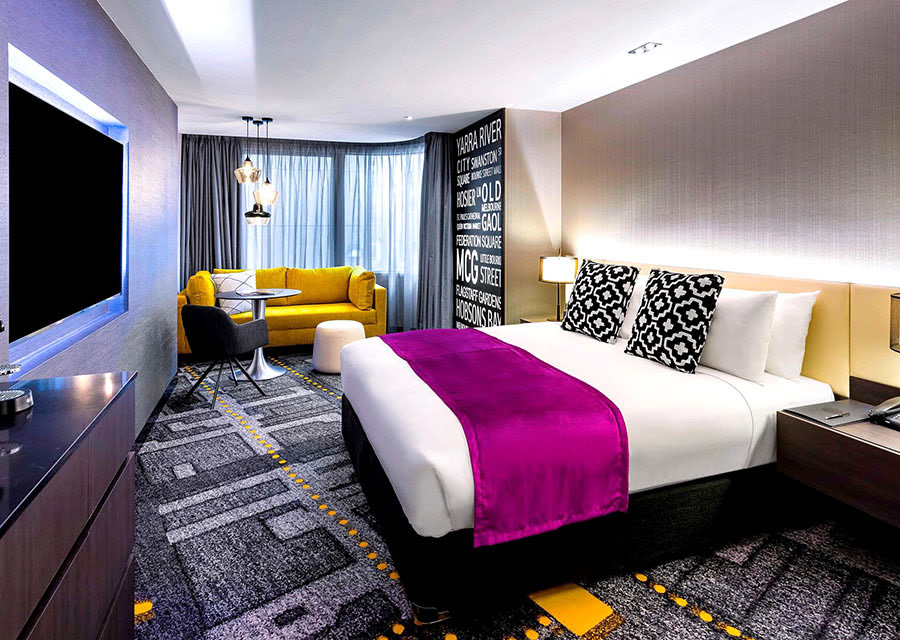 4. Ride the City Circle Tram for a free sightseeing tour

The City Circle Tram, also known as Tram Route 35, is one of the most convenient ways to get around and to see Melbourne‘s main highlights at the same time. Best of all, it is completely free! The hop-on, hop-off tram travels both clockwise and counterclockwise around the city center, along the main outer thoroughfares and the waterfront. The tram ride is accompanied by commentary that describes the historic sites and buildings you pass by. A full loop on the City Circle Tram takes about 50 minutes.

Check In to Holiday Inn Melbourne on Flinders, Step Out to Melbourne 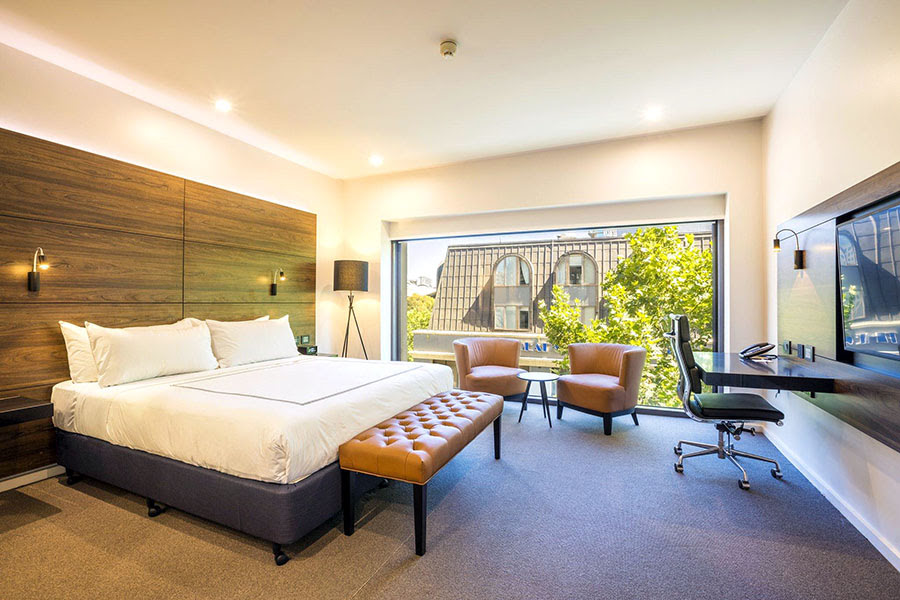 5. Stop and smell the flowers at Royal Botanic Gardens

Just a short distance from the city center, the Royal Botanic Gardens offer a serene escape from the busy streets. Come enjoy a stroll, relax in the beautiful landscapes, or learn a bit about horticulture and conservation while you are here. The gardens are actually divided into two main areas. The Melbourne Gardens, established in 1846, cover an area of 94 acres and contain over 8,500 different species of plants from all over the world. The much larger Cranbourne Gardens, which cover 897 acres, were established in 1970 to protect remnant native plants and ecosystems. They contain numerous walking and cycling tracks, as well as picnic tables and barbecue areas.

Check In to Quest on Dorcas Apartments, Step Out to Royal Botanic Gardens 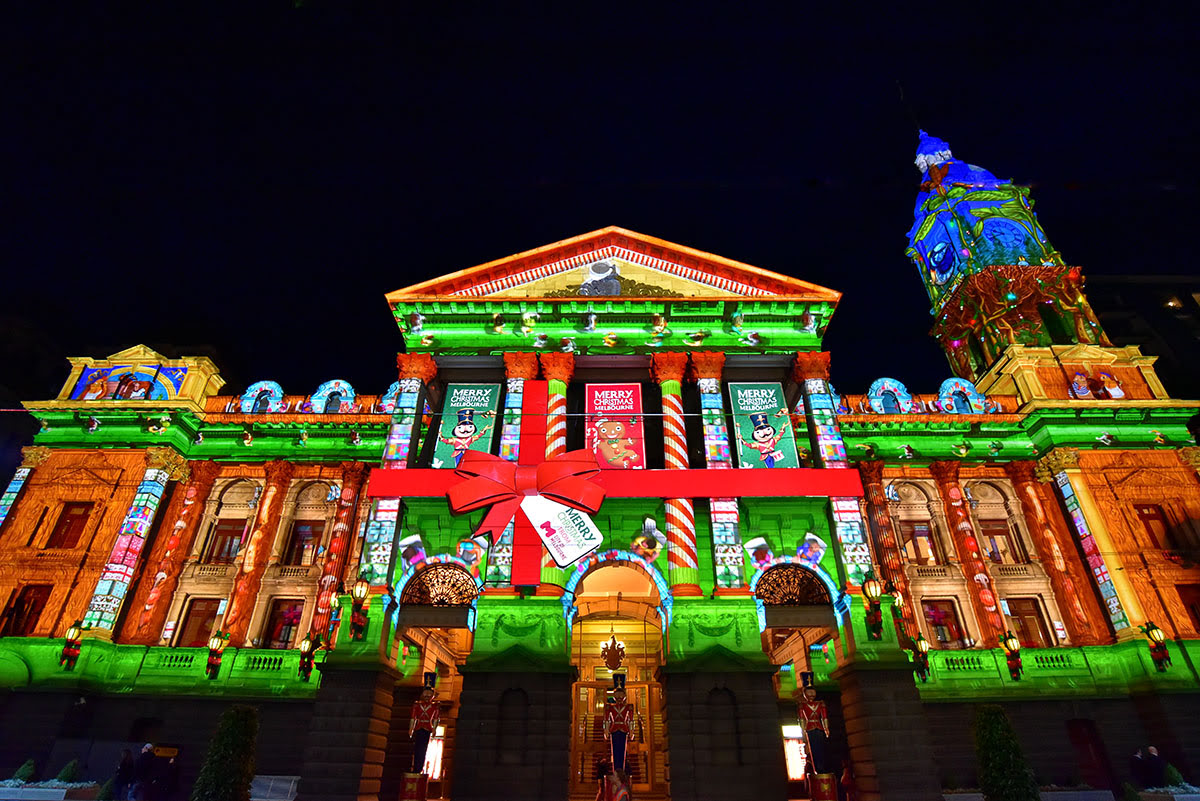 6. Attend one (or more!) of Melbourne’s many annual festivals

Among the main reasons why Melbourne is such a great place to live and visit is that there is always a festival or a major event going on. No matter the time of year, you can be sure there is something fun and exciting taking place throughout the city. Some of the most popular festivals that return to Melbourne every year include the large and completely free community festival Moomba, the Melbourne International Comedy Festival, the Midsumma Festival, the Melbourne Writers Festival, and the Melbourne Fringe Festival.

Check In to Novotel Melbourne Central, Step Out to Melbourne 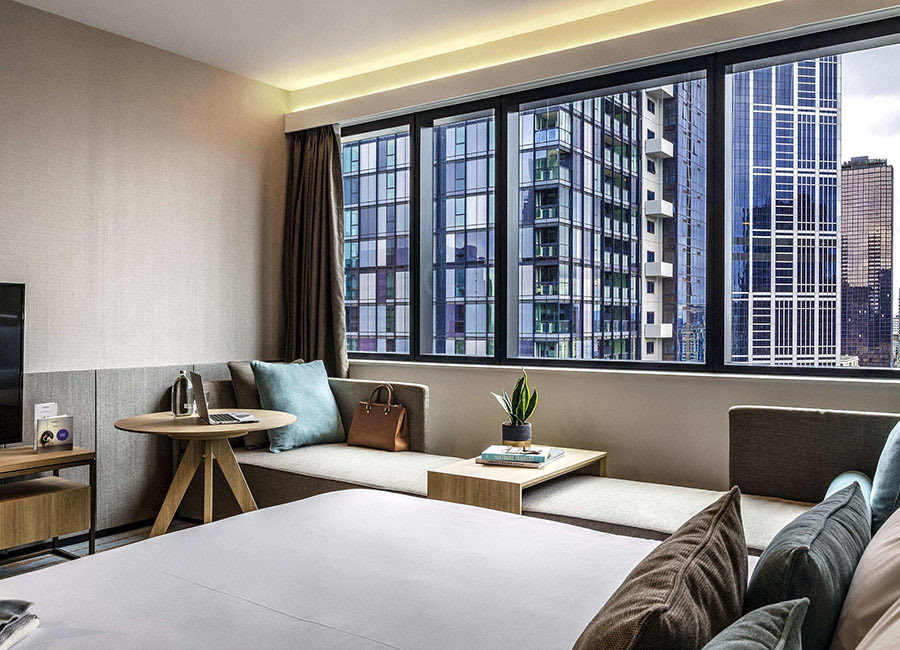 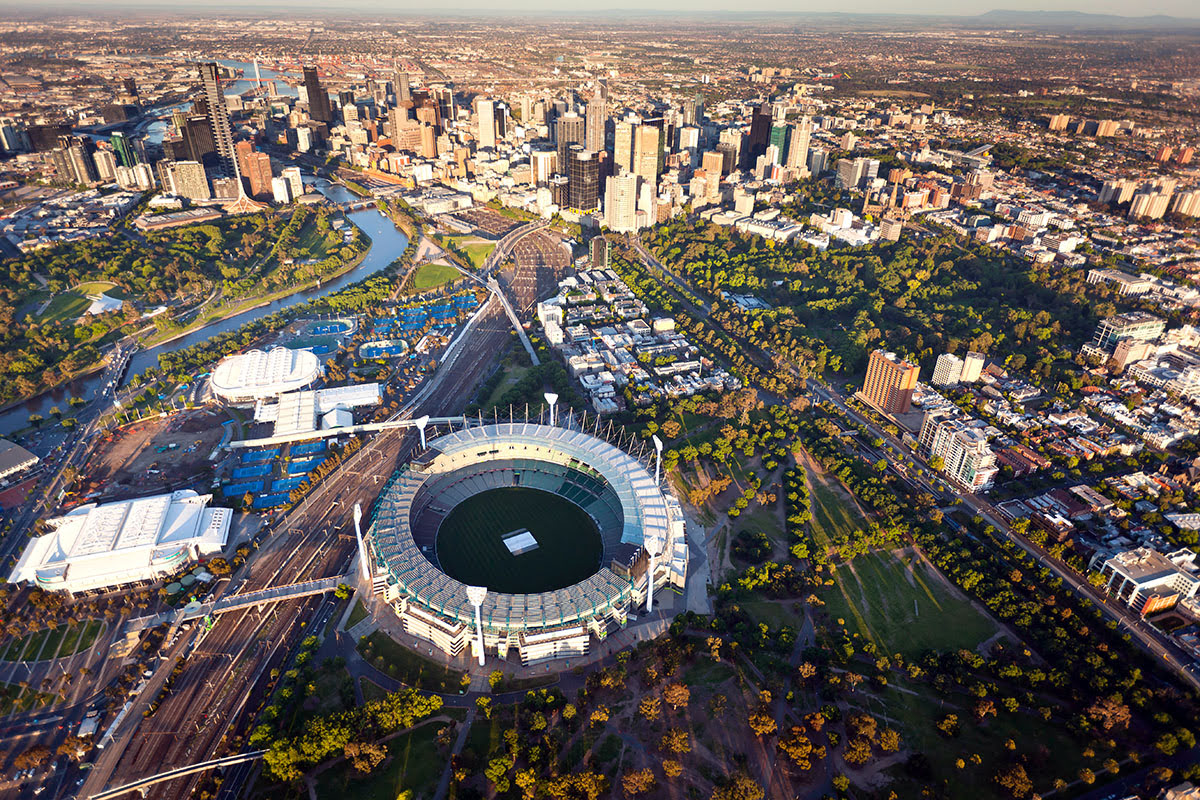 7. Take a tour or watch a game at the Melbourne Cricket Ground

Melbourne has a proud and historic sports culture centered on the Melbourne Cricket Ground, a sports stadium located just east of downtown. Constructed in 1853, the stadium has undergone numerous renovations over the years. Today, it is the largest stadium in the entire Southern Hemisphere and the 11th largest in the world. It was the site of the 1956 Olympic Games and the 2006 Commonwealth Games, and has the capacity for around 100,000 spectators. Visitors can come and take a 75-minute tour of the stadium and its on-site museums. If you’re lucky, you might be able to catch a game of cricket or football at the Melbourne Cricket Ground during your visit as well.

Check In to Hotel Lindrum Melbourne MGallery, Step Out to Melbourne Cricket Ground 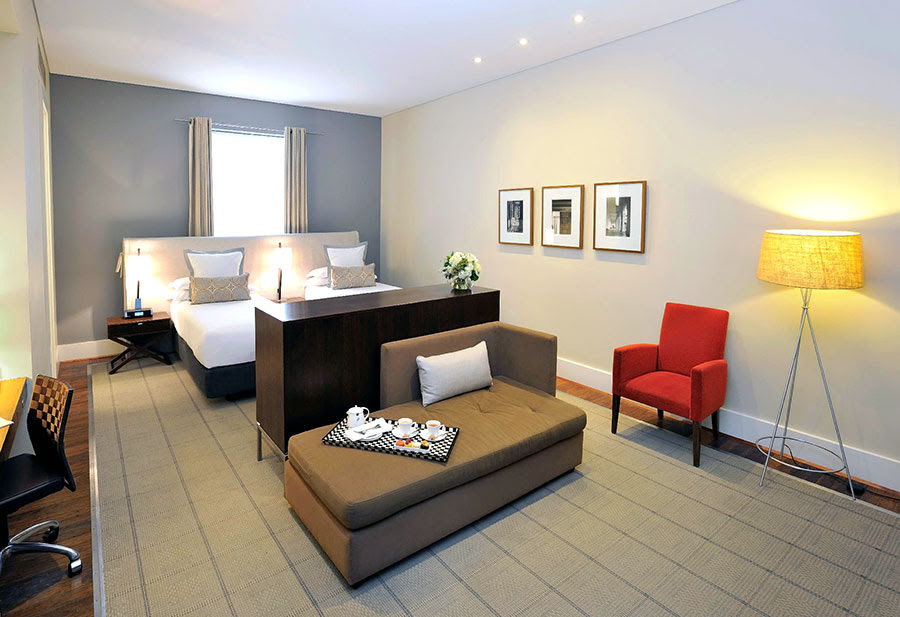 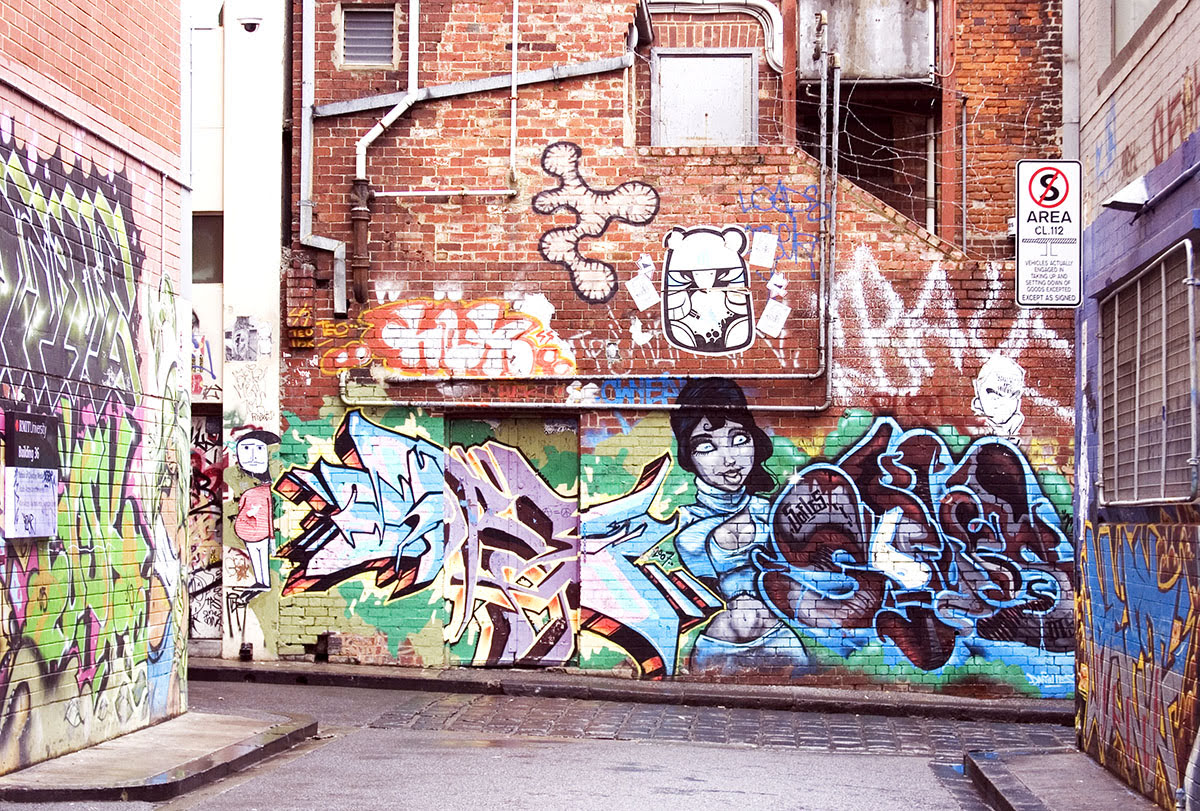 Another fantastic and completely free activity you have to do when visiting Melbourne is to check out the street art. It’s no exaggeration to say that the city’s laneways have some of the best street art in the world. Certain areas of Melbourne are approved for street art by city council, which has resulted in graffiti and murals of exceptional skill and quality. This also helps to reduce the levels of graffiti elsewhere in the city. Some of the best spots to see street art are Hosier Lane, Centre Place, Caledonian Lane, and Duckboard Place.

Check In to Ink Hotel Melbourne Southbank, Step Out to Melbourne 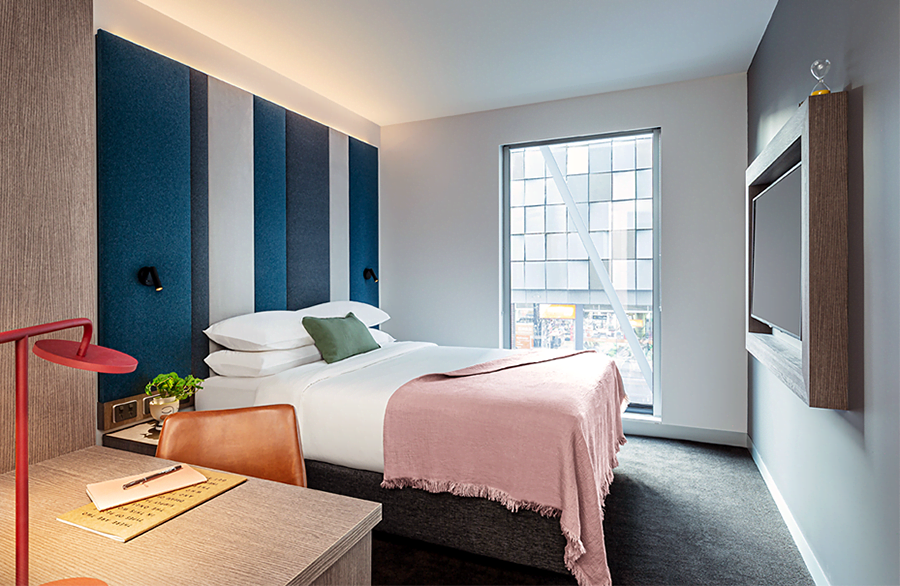 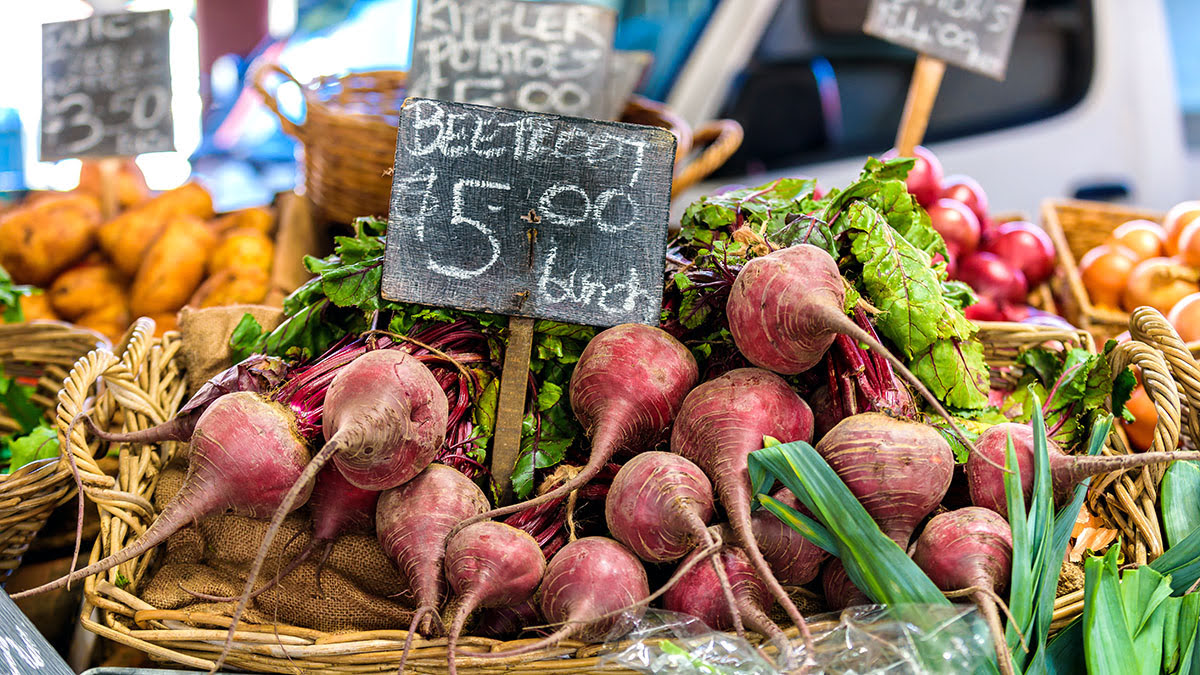 9. Shop for food and souvenirs at Queen Victoria Market

There is no better place to get souvenirs in Melbourne than at Queen Victoria Market. Opened in 1878, the market has continually supplied the city with produce and other goods. Today, it is recognized as the largest open-air market in the entire Southern Hemisphere. It consists of more than 600 stalls and covers two city blocks. At Queen Victoria Market, you can find all manner of clothing, accessories, art, homeware, and more. The market is also popular for its food halls, which carry everything from fresh local fruits and vegetables to a wide variety of gourmet goodies like smoked meats and cheeses.

Check In to ibis Melbourne Central, Step Out to Queen Victoria Market 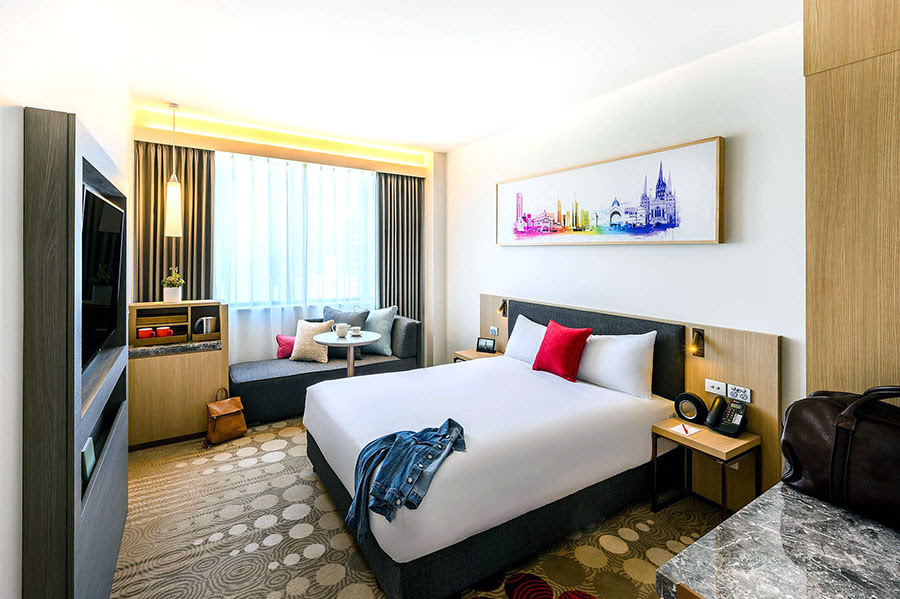 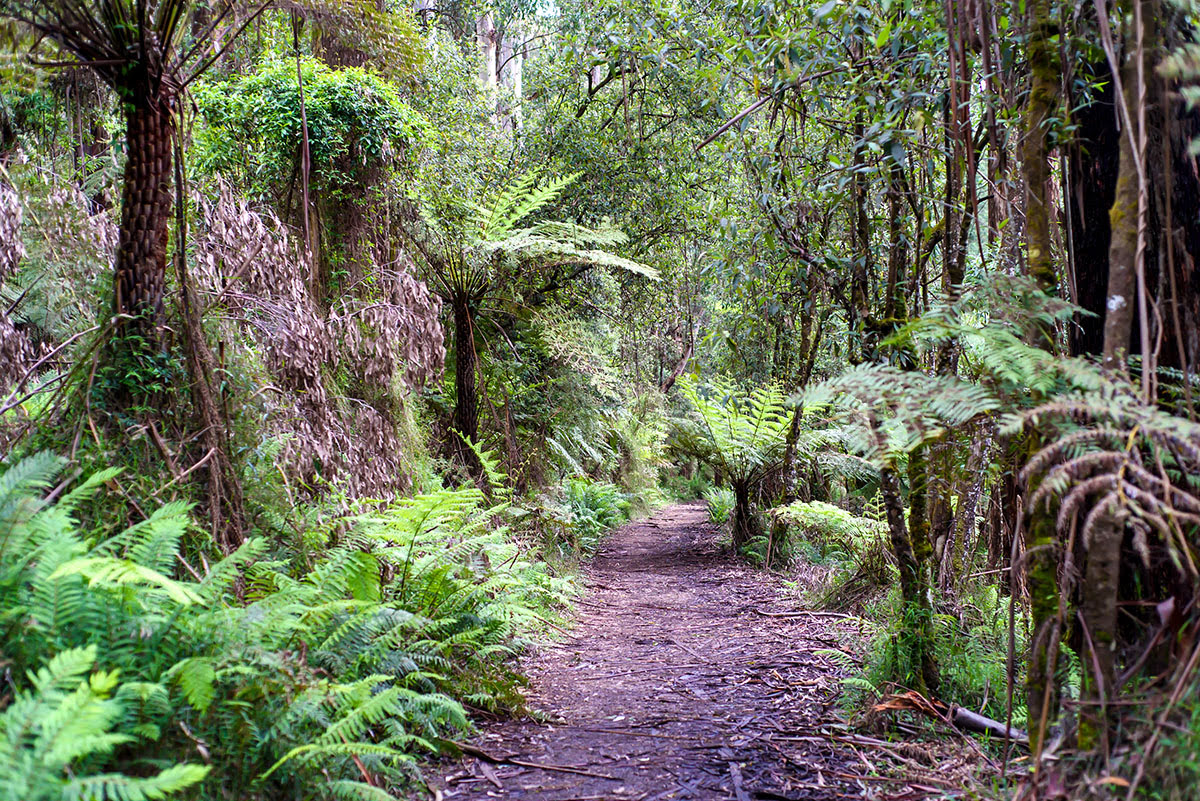 10. Go for a day trip to the Dandenong Ranges

Another part of what makes Melbourne such a great city is that it’s easy to get away for a nature escape in the nearby Dandenong Ranges. Just a one-hour drive east of Melbourne’s city center, this idyllic mountain range is a favorite spot among hikers, cyclists, and nature-lovers. The range is covered in lush rainforest and dotted with charming towns, offering spectacular scenery and plenty to do. Many locals and visitors head out to the Dandenong Ranges* for a day trip, and some even choose to stay for a night or two at one of the numerous bed & breakfasts in the region. Make sure you take a ride on the historic Puffing Billy Railway while you are here as well.

Check In to Lakeside Luxury Bed & Breakfast, Step Out to Dandenong Ranges 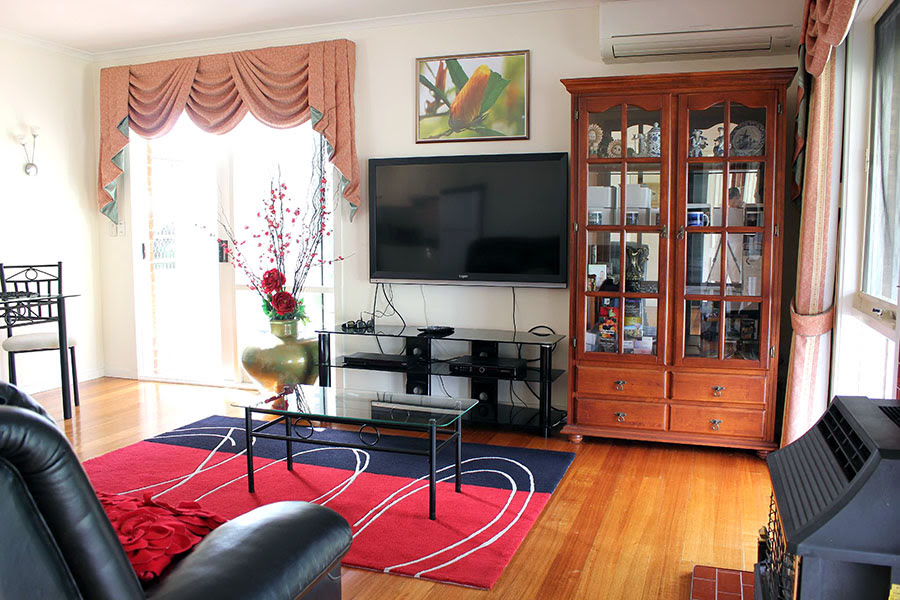