When travelling to Taiwan on a budget, it is important to book cheap hotels in Taipei. Taipei can be a pricey place to visit, but with some forward planning, you can keep your accommodations cost low. Get the best deals on hotels, hostels, holiday homes and affordable accommodations to suit your travel style while still remaining within your budget. 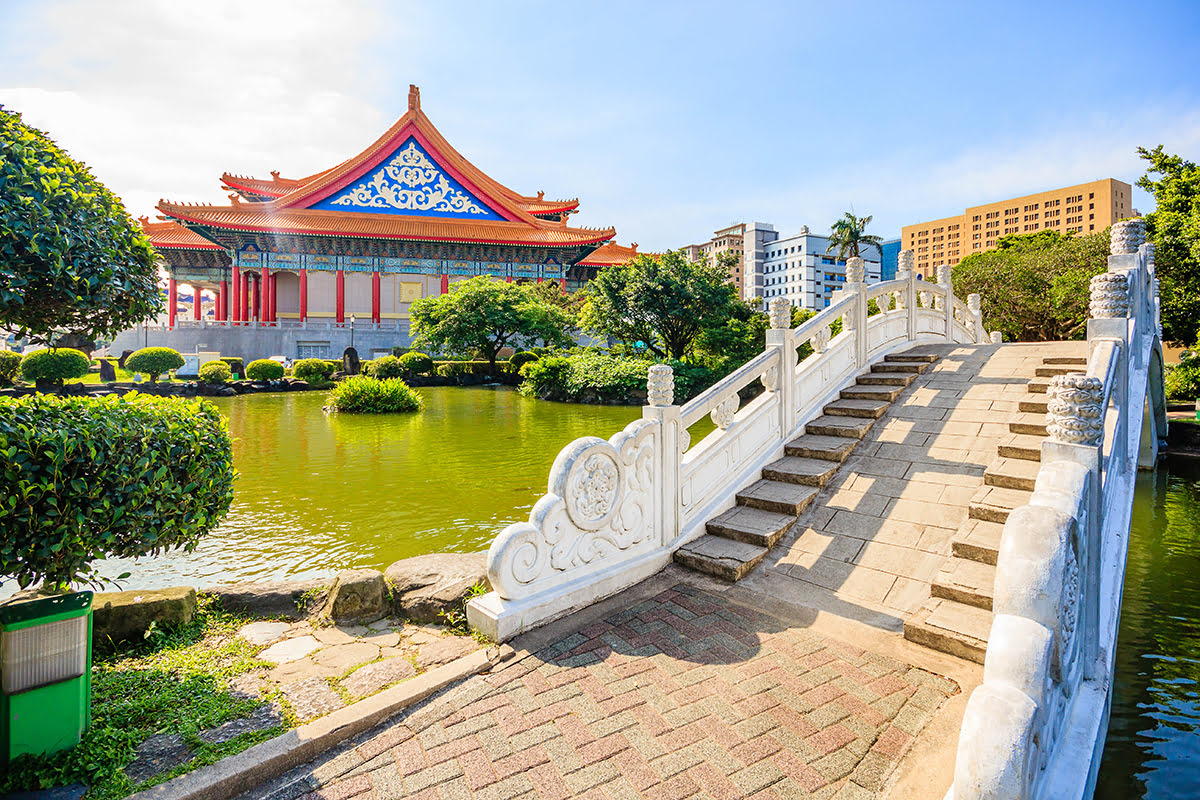 The busy metropolitan city of Taipei is an extremely popular tourist destination for visitors from all over the world. Known for its busy shopping districts, night markets, and tasty street food, a visit to Taipei has the potential to get expensive, but your accommodation doesn’t need to break the bank, there are plenty of affordable hotels in Taipei. For the best cheap holiday homes, hotels, hostels, and motels in Taipei, we’ve got you covered. Check out Green World Hostel located in Daan Diatrict at 7F., No.107, Sec. 4, Zhongxiao E. Rd, Daan District, Taipei, which is near public transit and green spaces. 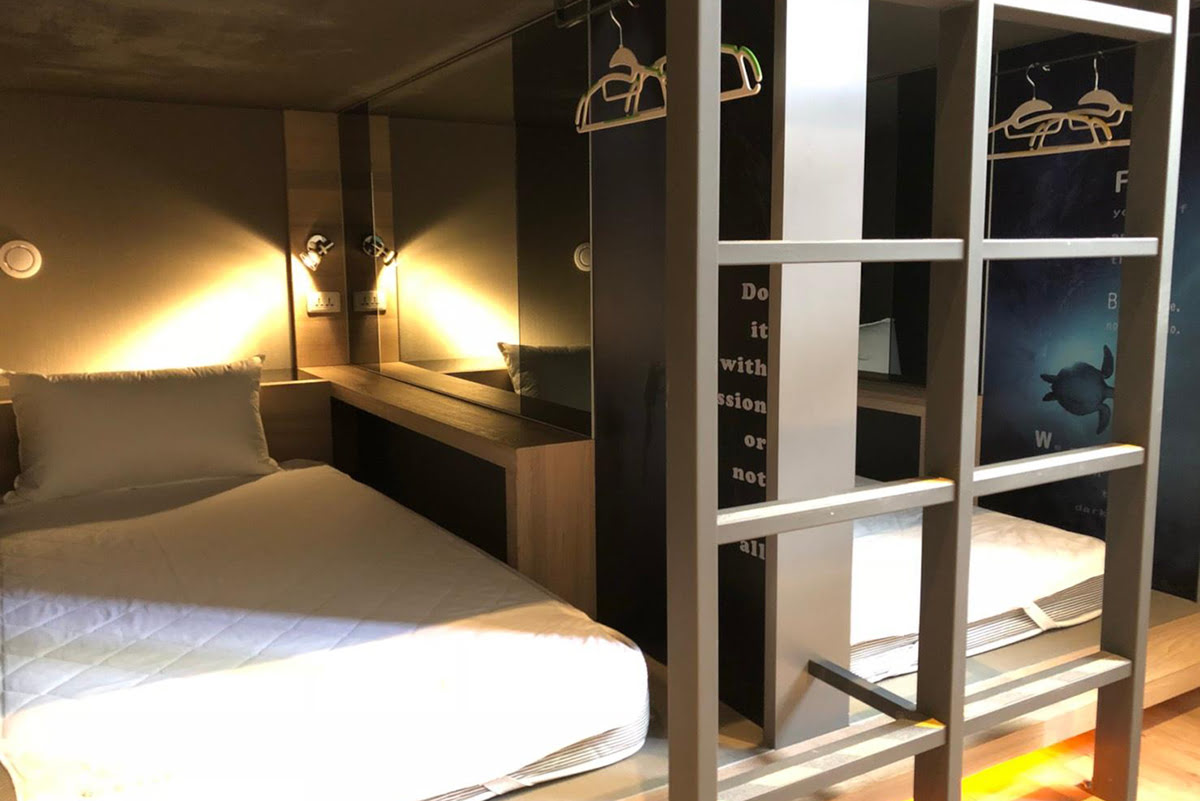 Good, affordable accommodations come in all styles, and cheap hotels don’t have to look cheap or be short on amenities to be comfortable. Check out Taipei Discover Hostel located at 5F., No.21, Sec. 2, Minquan E. Rd., Zhongshan District, Taipei which has mixed gender or female-only dormitories and a free breakfast. Comfortable hotels in Taipei can be found for very reasonable prices. Check out the 4 and 5- star hotels offering the best deals on cheap nights in Taipei. The Imperial Hotel, located at 600 Lin Shen N. Road, Zhongshan District, Taipei, is a surprising 5-star hotel with free wifi in all guest rooms. It does not look or feel anything like a budget hotel but rooms can still be found for very reasonable rates, especially in the winter low season. Imperial Hotel in close to Jingfu Temple, a large three-story temple with elaborate carved dragon pillars. The Yotong Hotel is located at 13F, No. 197, Sec. 4, Zhongxiao E. Rd., Daan District, Taipei. It offers free wifi and daily housekeeping and is close to public transit and many places to eat.

Hostels are a popular budget accommodation choice for many young people or single travellers. For a consistent budget-friendly option, look at Hotel Fun – Linsen located at 1F., No.487, Linsen N. Rd, Zhongshan District, Taipei which offers free breakfast and wifi with bunk beds in single or mixed-gender dormitories, with a shared lobby and cozy lounge space. Flip Flop Hostel is located at No 122, Chang’an West Road, Taipei Main Station, Taipei which is close to many things in Zhongzheng District as well as public transit connections to everywhere else. For a traveller on a budget, you can’t beat the convenience of a holiday home. Find a place with a washing machine, or basic kitchen facilities to simplify your day. Renting an entire home or apartment is an affordable option for families looking to make the most of their money. Chill Roof offers private apartments with basic facilities including a sink and a kettle. Located at 11F, No.11, Section 2, Nanjing East Road, Zhongshan District, Taipei, Chill Roof has a central location close to many attractions. Some apartments have washing machines, and each room is unique. There is free wifi and a communal lounge area. Check out the centrally-located A+ House NTU Taipei Gongguan Loft of Hotel for an apartment all your own with a kitchen that includes a hot plate, as well as a washing machine and clothes dryer. An Agoda holiday home is a functional choice for budget accommodations. Taipei City is famous for its food, shopping, and architecture. The iconic Taipei 101 tower was once the tallest in the world and has sweeping views from the observation deck. Stay at Taipei City Home located at No. 7, Alley 5, Lane 172, Chang’an West Road, Taipei Main Station, Taipei. It is very near Taipei Main Station, a popular shopping and transit hub. Taipei is organized into districts, and you will want to visit several of them. Check out Datong, Songshan, Wanhua, Ximending, and Xinyi to experience the flavors and diversity within the city of Taipei. Taipei is famous for the night markets which can be found in virtually every district. Stop in to one and sample the variety of street food and local favorites. The busy Datong District of Taipei is home to beautiful temples and historic museums. Find cafés and restaurants with a hip vibe mixed next to food carts offering traditional street fare. Good budget hotels can be found close to many major attractions or public transit in this dense city. Check out 9ine Hotel located at 2F., No.255, Sec. 2, Yanping N. Rd, Datong District, Taipei for a walk-up hotel with air conditioning and free wifi. Located close to public transport, 9ine Hotel is near Dadaocheng Cisheng Temple, a simple temple dedicated to the Tianshang Shengmu, or “Heavenly Holy Mother”, the guardian of sailors. There are food stalls and seating areas outside the temple. Find the Lucky One Hostel in a central location with an address at No.1, Changji Street, Datong District, Taipei. Lucky One has a 2-star rating and offers bunk bed dormitories with free wifi. It is situated near the Taipei Datong Sports Center which has a swimming pool, fitness room, and skating rink.

Taipei’s Songshan District is known for the tastes and smells of the popular Raohe Night Market and other culinary delights. The 3-star Bouti Waterfront Hotel is a modern and stylish hotel located at NO.112, Songhe St., Songshan District, Taipei, right next to the famous Raohe Night Market. The hotel has air conditioning, free wifi, and is close to various public transit options. Check out the NK Hostel located at 5F, NO.399, Section 5, Nanjing East Road, Taipei, which has bunk bed style dormitories. The hostel offers a free breakfast and has wifi. It is near the Xiahai Chenghuang Temple which has statues of the City God and his wife as well as 600 other deities, the highest density of statues at any temple in Taiwan. Taipei’s Wanhua District is home to the famous and the unique Snake Alley food market where you can find unusual food items including snake blood and turtle meat, as well as deer penis wine. The food stalls here also have more traditional dishes in case you’re not feeling adventurous. The 2-star Ti Hwa Hotel is located at 11F., No.89, Guilin Rd., Wanhua District, Taipei. The Ti Hwa features air conditioning and a location right next to public transit, so you can easily get anywhere you want to go. It is very near the famous Longshan temple, one of the oldest temples in Taipei, which has been renovated and restored several times. Admission is free, but donations are accepted. The casual Ximen Duckstay Hostel is located at No.316, Kunming St., Ximending, Wanhua District, Taipei. The hostel offers free wifi in all the rooms and a lounge area with a dartboard. It is close to Longshan Station and Niugong Beef Noodle where you can grab a bowl of traditional noodles.

The Ximending District of Taipei is a very popular shopping destination. Ximending is home to a lively arts scene including the famous Red House Theatre, karaoke bars, hip restaurants, and a weekend craft market. The area is known to be very LGBTQ friendly and hosts avant-garde art exhibitions and live theatrical productions. The Ximending area is often referred to as the Ximending Youth Shopping District. The Tomorrow Hotel located at No.23, Chengdu Rd, Ximending, Taipei, is a 3-star hotel which offers free wifi and air conditioning. Centrally located, the hotel is very near to public transit options as well as Taipei Tianhou Temple which is dedicated to the Heavenly Queen. The Go Sleep Hotel Hankou is also a 3-star located at No.54, Sec. 2, Hankou St., Ximending, Taipei, which is very close to the famous Red House Theatre. Hostels are one of the top affordable accommodation options, and Meander Taipei Hostel is a casual budget hostel with a 1-star rating. Located at No.163, Chengdu Rd., Ximending, Taipei, Meander is centrally located close to public transit and Taipei Cinema Park, an open air space with a graffiti wall, skateboarding facilities, and outdoor public screenings of movies. Taipei’s lively Xinyi Shopping District is packed full of interesting shopping opportunities. Xinyi is known for the high-end eateries and retail shops that populate the district.

Check out the 3-star Just Inn Taipei located at No.182, Sec. 1, Keelung Rd., Xinyi District, Taipei, which offers a free breakfast as well as free wifi. It is close to the Taiwan Design Museum, a modern museum with exhibits focussed on both the history and future direction of design and design elements. Located in a quiet area near parks and restaurants, Formosa 101 Hostel has an address of 5F, No. 115, Jilong Road Sec.2, Xinyi District, Taipei city. The basic hostel offers free breakfast in the common area and has wifi throughout. Bedrooms are dormitory style and can be mixed or gender segregated. Formosa 101 is just a short walk to Linjian Street Night Market where you can find all sorts of local favorite food choices. Popular with locals, Linjian Street Market is more relaxed than some of the bigger ones, and you will never run out of new foods to try. Check in to Homey Hostel with dormitory-style bunk beds in either mixed or gender-segregated rooms. Located at 7F., No.180, Chang’an W. Rd, Taipei Main Station, Taipei, Homey Hostel is near many top attractions. Step out to the Museum of Contemporary Arts Taipei and catch up with the current arts scene in Taipei. Check in to Amando Inn a 3-star located at 6F, No. 36, Bo’ai Rd., Taipei, Taipei Main Station, Taipei with free wifi in all rooms. Step out to the Taiwan Provincial City God Temple. The temple is the biggest of its kind in Taipei and holds the City God as the main deity, with several other deities and an extensive library upstairs. The temple is surrounded by a collection of small shops.